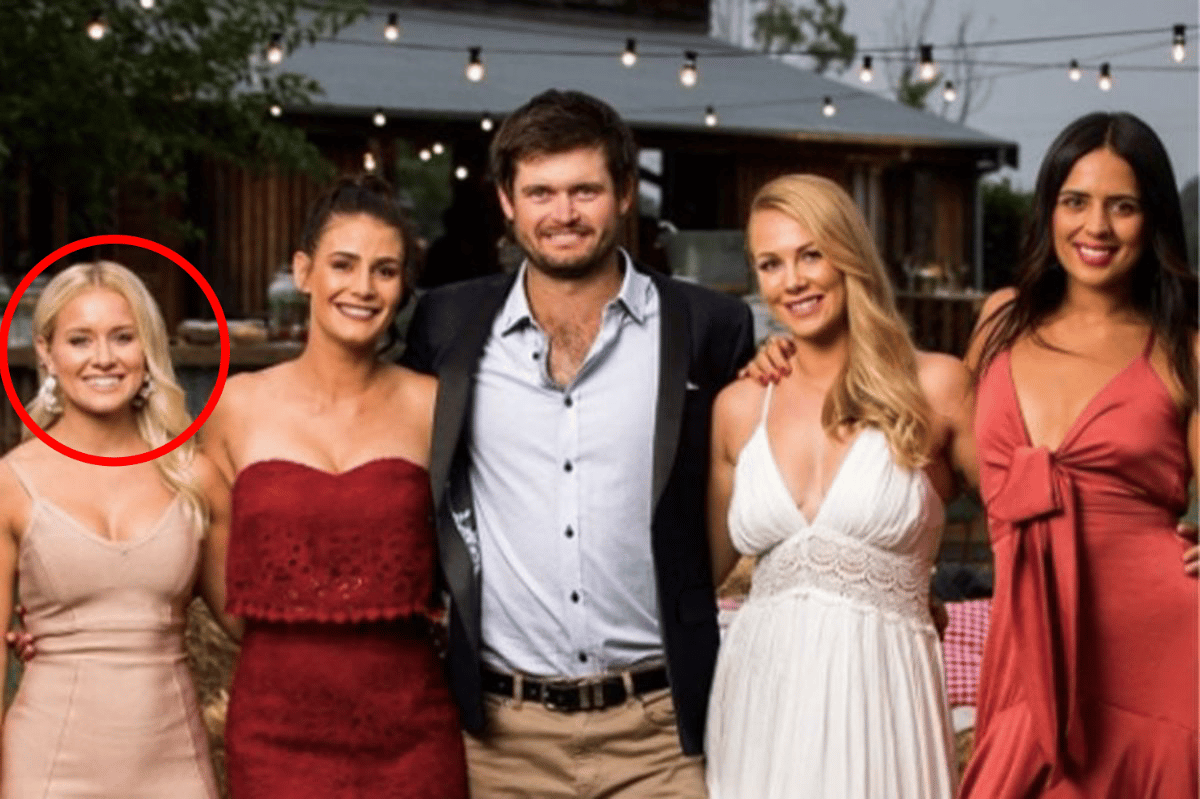 On Sunday night, our four remaining farmers will choose their... wives.

Yep, after almost five weeks of one-on-one dates, dramatic dinner parties and emotional farewell dinners where no one was ever sent... home, the farmers will decide who they want to marry/date a bit/stay in touch with on Facebook.

We've been following Farmer Wants A Wife 2020 pretty closely and we think we've narrowed down exactly who the farmers are going to pick.

So without further ado... 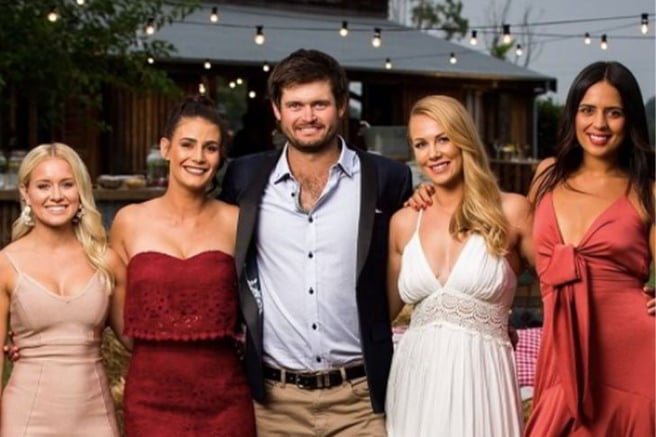 On Sunday night, Farmer Harry will choose between Madison and Stacey.

Harry had the strongest connection with Madison at the beginning of their "journey" and he invited her back to the farm for the first one-on-one date.

While they got on really well, Madison retreated into her shell once the other wives arrived at the farm. It's almost as though she wasn't comfortable being in a farm-based polygamous union. ¯\_(ツ)_/¯

In the third episode, she left the farm altogether before turning back up and asking to return to the farm/the show during the dinner party.

Madison has slowly come out of her shell throughout the series and Harry's three sisters thought she was a better match for him over Stacey.

Stacey and Harry speak the same language. As in, they sound exactly the same and seem to be able to communicate with each other with very few words and awkward smiles. They went on quite a few 'roooomantic' dates during their time on the show and Harry told Stacey he "LIKES YA" and feels comfy around her on Monday's episode.

I﻿t seemed like Stacey was a shoo-in until she went a lil bit rogue at the final farewell dinner. She didn't want to be there and told Harry the whole process had been "one ordeal after another".

So who will Harry end up with? Madison (the underdog) will steal Harry's heart during the final episode. ﻿ ﻿ 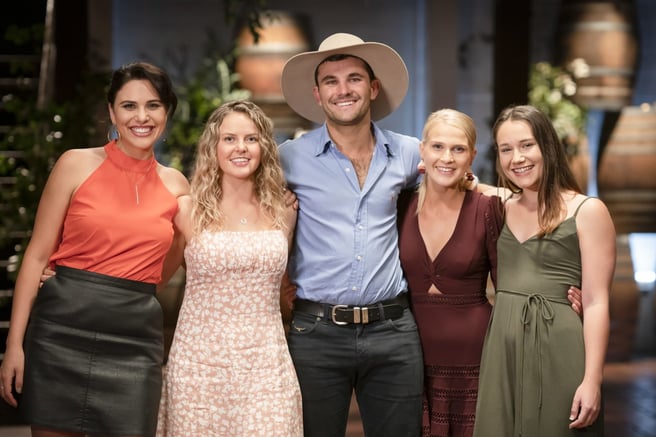 During the finale, Farmer Alex will choose between Jess and Henrietta.

Alex clicked with Jess straightaway and invited her back to the farm for the first one-on-one date. They kissed in the rain etc, etc.

Then Henrietta arrived on the farm, and Alex was keen. He weirdly told her he wasn't attracted to her but then explained that he thought she was... too attractive for him?

Then they had a - quite frankly - confronting date in a cow trough, which was apparently romantic.

A few episodes later Henrietta told Alex he needed to start making some decisions and sending some women home because they can't keep living like they're in some weird "girl boy band".

She then cried because she thought she was going to be crushed by a cow.

Farmer Alex feels like he can be himself around Jess but he's still really attracted to Henrietta.

So who will Alex end up with? After a lot of deliberation, Alex will go with his heart and choose Jess. 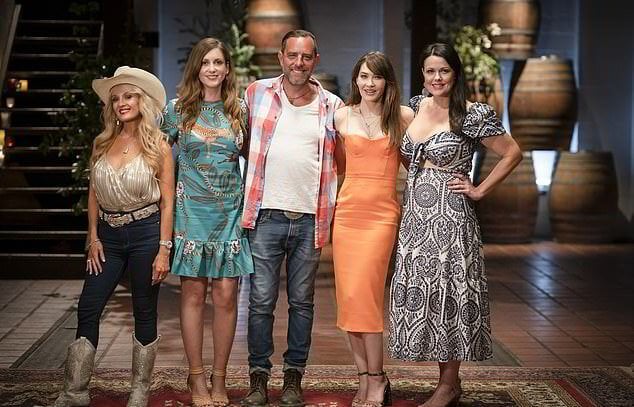 On Sunday night, Farmer Nick will choose between Liz and Naomi.

Liz was the first wife to arrive at the vineyard for a one-on-one date. Nick and Liz hit it off straight away and seem to have had a pretty drama free "journey" through their polygamous four-way farm situation.

Naomi is a bit of a wild card. She didn't have a one-on-one date with Nick and when she suggested he take her on the final one so he could get a kiss, he decided... not to.

Liz seems to have settled into life on the vineyard, while Naomi's not keen to get her hands dirty.

Nick has been the most indecisive farmer throughout the process and seems to want to keep a harem of wives on his Tasmanian vineyard.

So who will Nick end up with? Liz. Definitely Liz. 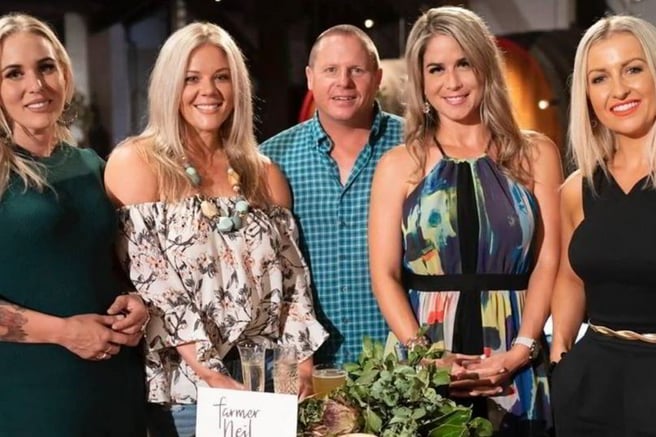 During the finale, Neil will choose between Justine and Karissa.

Justine and Karissa are best friends who also fight a bit about their shared husband.

Neil took Karissa on the second one-on-one date, where they met Lee Kernaghan and were gifted some of his controversial love advice.

He took Justine barefoot bowling for their date. Both Karissa and Justine became frustrated with Neil throughout the process because he wouldn't send home Megan so they could have him all to themselves.

Both Karissa and Justine have kids which means they could fit perfectly into family life on the farm.

So who will Neil end up with? Karissa. Which will blindside Justine.

The season finale of Farmer Wants A Wife will air at 7pm, Sunday night on Channel Seven.

Catch up on our Farmer Wants A Wife recaps:

Mamamia recaps Farmer Wants A Wife Episode 7: A farmer leaves after his heart is broken into "pieces".

Reply
Upvote
331 upvotes
I'm just watching the final episode of, 'farmer wants a wife'. I'm so happy that Nick picked Liz.💛
Neil picked Karissa, another great romance and happy ending.💛
Harry picked Stacy and of course she's perfect for him. She's genuine, has chemistry with him and enjoyed her stay at the farm.  💛
Last but not least,  Jess goes home with Alex. 💛
C
chat-all-day-long 2 years ago