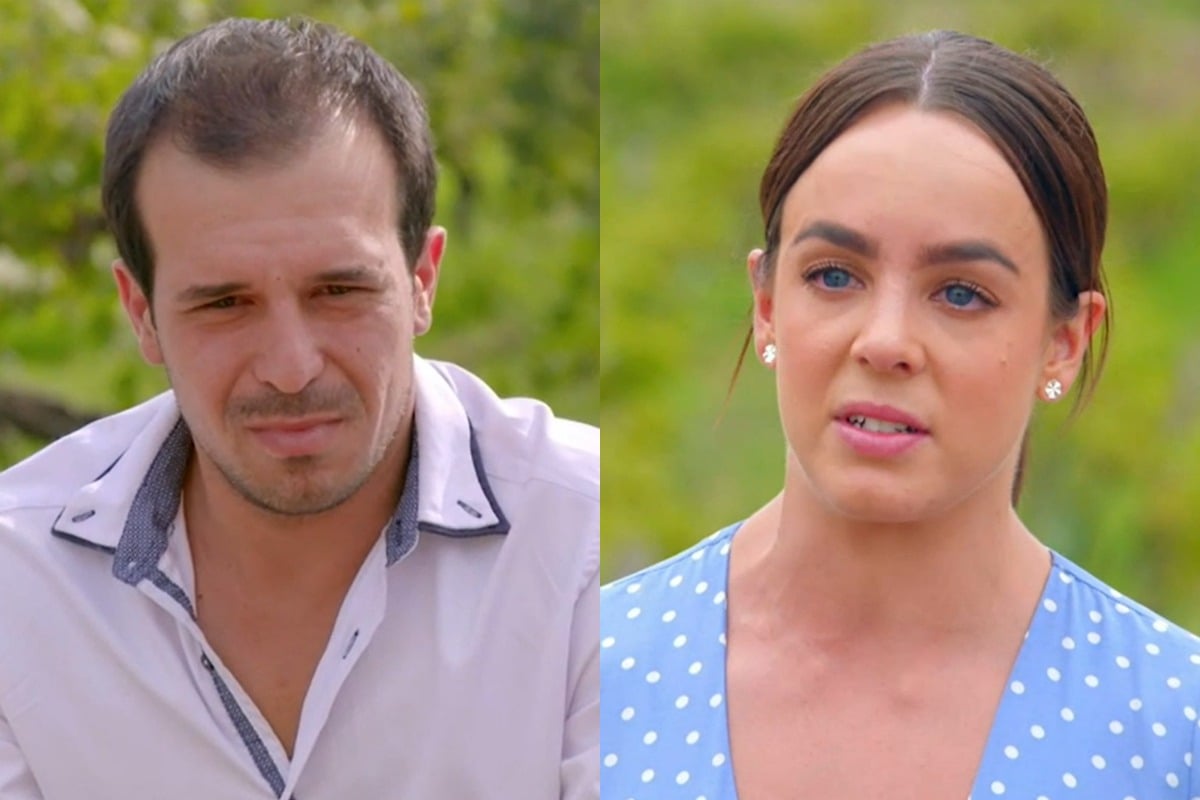 We open on the farmers have a farm think. 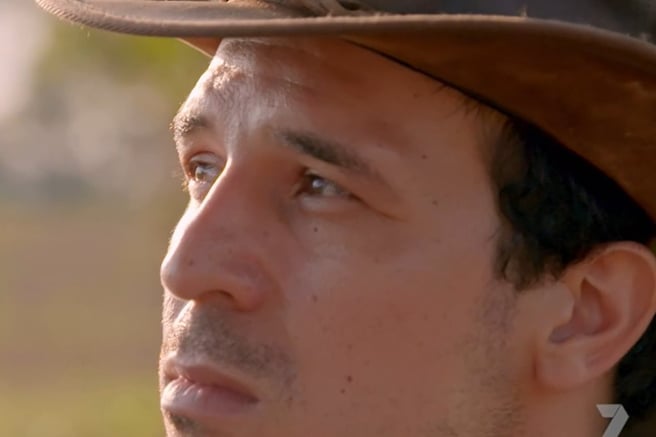 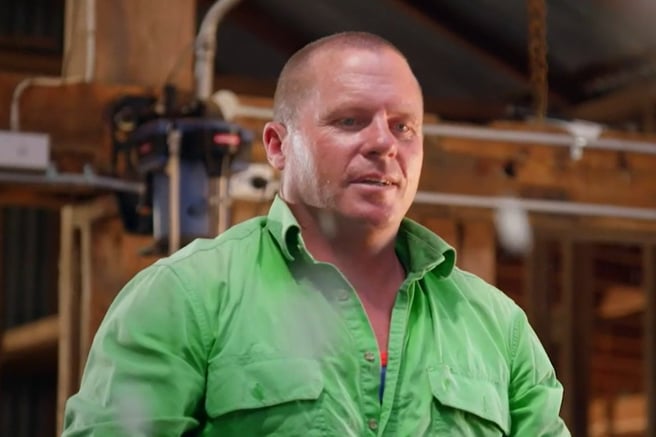 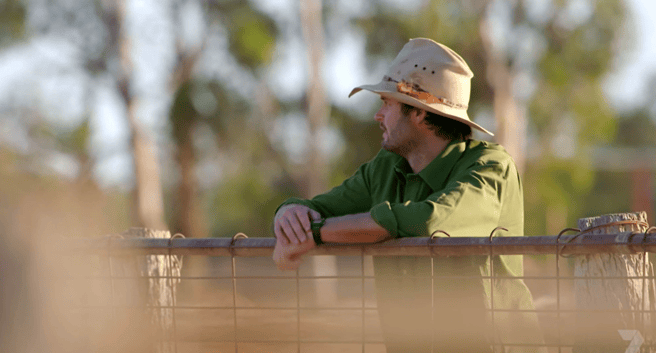 They've got some decisions to make as the producers have just explained to them this is Farmer Wants A Wife not Farmer Wants Two To Three Farmhands.

At Farmer Alex's, he's still recovering from that time Henrietta did a yell and told him to JUST SEND SOMEONE HOME GODDAMN IT. And Henrietta is slowly realising that she's probably going to be the one he sends... home.

Over at Farmer Sam's, he's just received the news that his grandfather has passed away. He tells his three remaining wives that he wants to continue with the process. He explains to the camera that he's not interested in Riley, and Emily isn't interested in him, but Sophie is his "perfect woman". ﻿

In Tasmania, Farmer Nick's wives are discussing the fact he also didn't send anyone home, and that Naomi did a yell at him. They decide to go on a group fishing date to clear the air.

After Nick kisses a fish, Naomi apologises to him for doing a yell and he says you've got to look out for those Virgo women. ¯\_(ツ)_/¯

Back at Farmer Sam's, Sophie is telling him she's actually just not that into him and she would like to go home now.

All the farmers and their wives reunite for some... gossip. And also some... drama.

The farmers meet at a brewery and discover that Sam is... missing. They decide he must be "caught in a storm" and begin to discuss how their wives keep yelling at them.

Farmer Alex tells the boys that when it rains it pours, and it's currently flooding and he's drowning in angry wives (?) 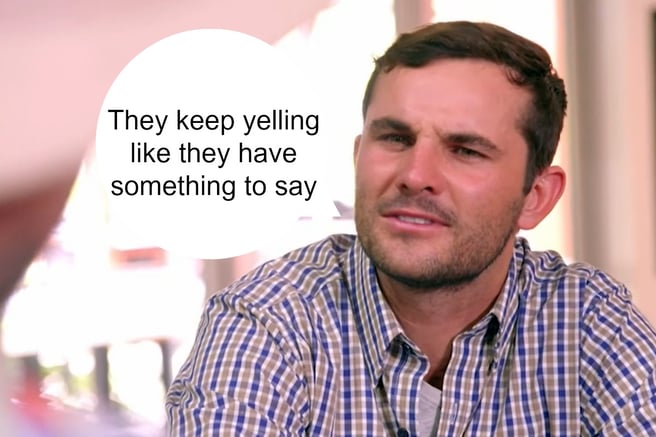 Nick says he's been having the same issues on his farm. They all have a laugh about how they don't understand women and it suddenly becomes abundantly clear why they're on a TV show trying to find a wife. 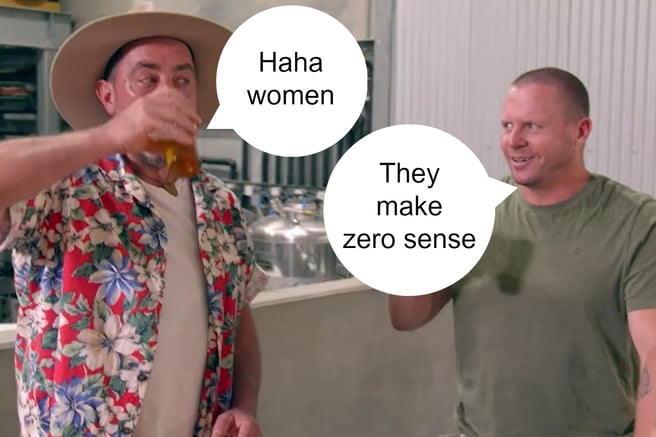 Meanwhile, Sam has just turned up at the vineyard and announced that he needs to have a chat with his wives.

He sits his three remaining wives down and explains that he needs to leave the show. They go around the group and talk about their feelings. Sam tells Riley that the "spark" just wasn't there for them. She 100 per cent regrets not leaving on the first night.

Emily tells Sam she wishes she could have told him earlier that she wasn't feeling it.

Then Sam tells Sophie she put the "cherry on top" and broke his heart into "pieces"﻿.

Absolutely no one yells and I'm beginning to think this is the most healthy, functioning harem of all... except for the fact none of them have any sexual interest in each other. ﻿

They all say goodbye and head their separate ways. It's the end of beautiful polygamous union.

It's time for the final dinner party i.e. the last opportunity to squeeze some drama out of the group all being together.

At the dinner table, Neil and Justine are fighting like they've already been married for 5 years. 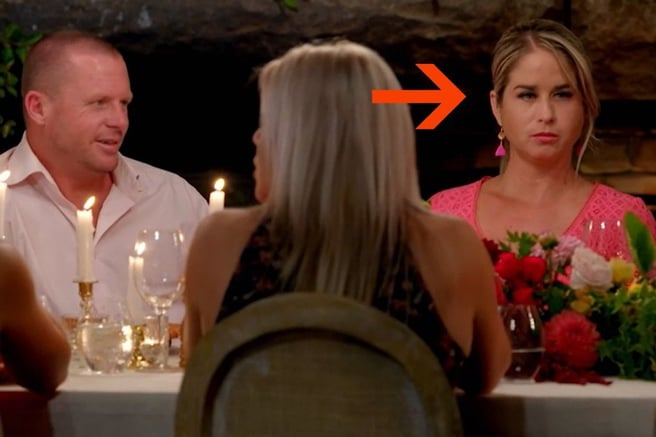 They're perfect for each other.

Farmer Neil takes Justine for a chat and explains to her that he wants to take her on the one-on-one date but he's going to take Megan instead.

Meanwhile, Megan's not sure she... wants it.

Farmer Alex tells Jess he's "leaning towards her" and then asks her to talk about her biggest childhood trauma and also her fear of abandonment.

It's time for the farmers to choose their final one-on-one dates.