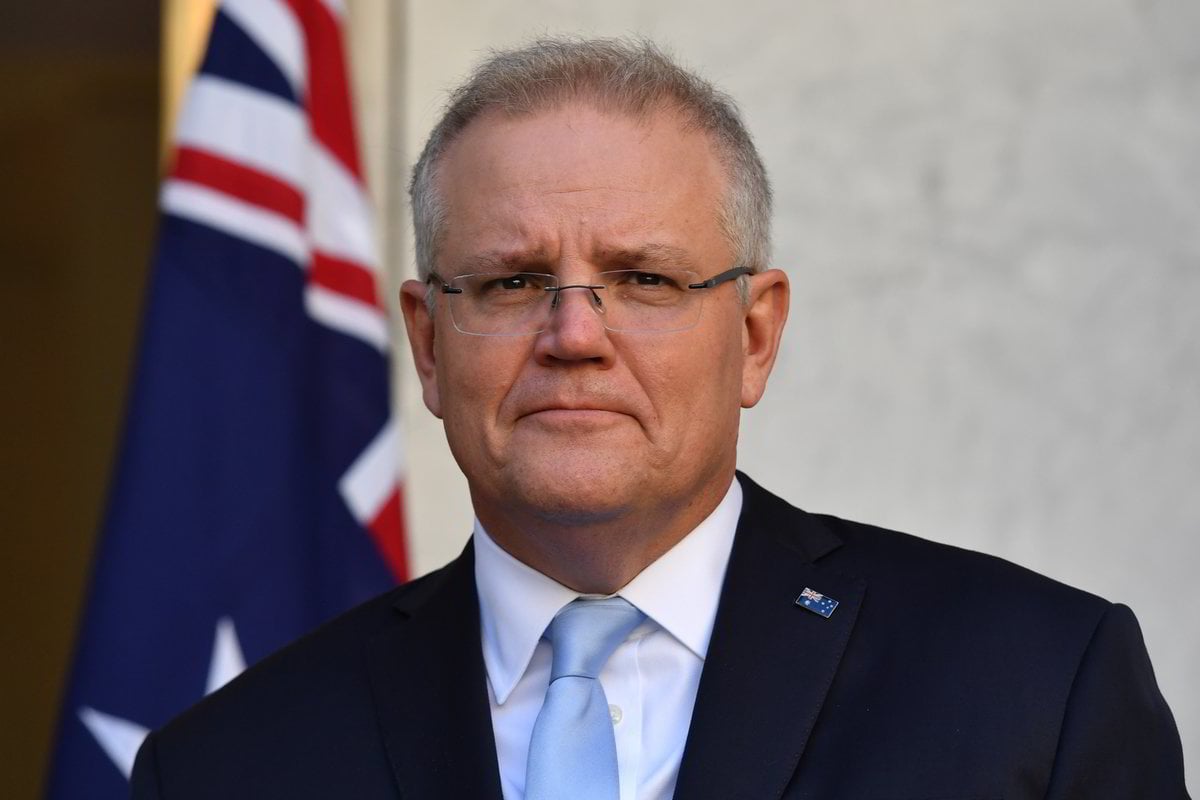 In what has been months of harsh border restrictions, the Prime Minister has offered a glimmer of hope to Aussies hoping to travel in their December holiday period.

On Friday, he made clear that based on the current trajectory of COVID-19 cases nationwide, continuing border restrictions would become obsolete, naming it a “recipe for economic ruin”.

Side note: Our thank you to masks. Post continues below.

“Well look, I believe we can, domestically,” he said on Christmas being a feasible date to expect the easing of border closures.

"I hope that changes but based on the current evidence that doesn’t look likely.”

NSW Premier Gladys Berejiklian urged people to be vigilant, but ensured that fluctuation in case numbers is to be expected for the "next little while".

“We have to be vigilant every single day [while] numbers will go up and down marginally for the next little while and we need to make sure that they don’t get to a situation where we are having to impose further restrictions,” she said.

Morrison touched on NSW and Victoria's border restrictions at the NSW Bush Summit yesterday labelling them "regrettably necessary", whilst affirming that they "cannot and should not be sustained".

“While the scale of the Victorian outbreak meant the borders between NSW and Victoria were regrettably necessary — and they are and remain — this does not diminish the principle that border restrictions, especially where there are no or very low cases in regional areas, cannot and should not be sustained.

“Much more needs to be done to ensure these border movements are made easier and ultimately to ensure they’re open again."

The PM sees the combination of NSW's sustained case number and Victoria's as reason to lower restrictions.

“See, borders of themselves, they don’t actually do the job ultimately because borders can be breached. I mean, that’s been seen in Queensland.

“But what will protect Queensland will be their testing and their tracing capabilities and COVID-safe behaviours by their population and local outbreak containment.

“That’s what enables you to live with the virus.”

Reply
Upvote
I'm in Tasmania, I'd prefer to not have people from infected states visiting until they have the virus under control, thanks. Luckily, I think Papi Gutwin is on the same page as I (and many many other Tasmanians).
K
km a year ago

Reply
Upvote
1 upvotes
@laura__palmer ..I'm in TAS too and there seems very little appetite to open the borders, which I fully understand. I think most Tasmanians think this is a once in a lifetime situation where being on a tiny island is highly advantageous, so why not take advanatage for as long as we can.
L
laura__palmer a year ago

Reply
Upvote
@km I think people are getting into exploring the State, too. It seems like everyone is excited about these travel vouchers.
G
grumpier monster a year ago

Reply
Upvote
2 upvotes
I live in Melbourne and desperately want to spend Christmas with my kids in Adelaide. To do so will require Melbourne to spend at least 8 weeks in level 4 lock-down, not 6. People are going to lose their sh*t if the Premier makes the announcement. (They'll keep complaining when he insists on 4 weeks of level 3 too.) SA won't let us in until we look like we've eradicated community transmission and clusters stop forming at places like hospitals. The reason for the extension is because the original level 3 restrictions only caused the numbers to almost plateau, not decline.
Strong leaders make unpopular decisions. If we ease restrictions too early, we won't even be allowed to meet Melbourne relatives for Christmas. And that will be unpopular.
C
cat a year ago