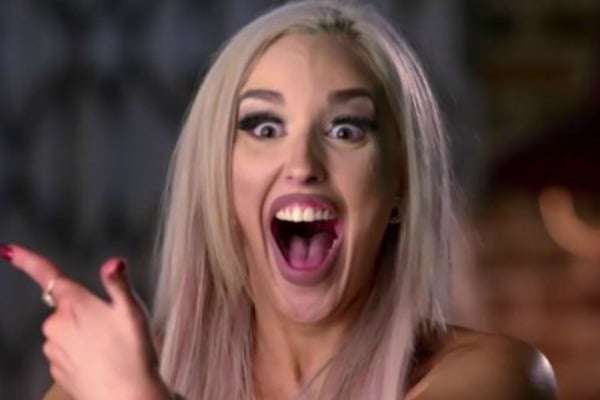 On a quiet Sunday night a little over two months ago, we sat down on our couches, pointed our remotes at our televisions and decided, with a hearty chuckle and an eyeroll, that we’d give this season of MAFS a go.

We laughed at the cheesy over-produced promo, scoffed at the snippets in which a booming voiceover promised ~drama~ like we’d never seen before, and with the realisation that we had… nothing else to do on weeknight evenings, allowed ourselves to submit.

Things we say when watching MAFS. Post continues after.

“Why not?!” we thought to ourselves.

“It’s just a harmless reality show, what’s the worst that could happen?”

If only we knew the deep emotional investment that would come.

Fast forward eight weeks and we’ve had our souls sucked from our bodies, our opinion of the human race left in tatters, and in the process alienated our friends/colleagues/families who don’t exist in the MAFS-watching world from our lives.

It’s become all we think about, read about and talk about.

It has… changed us.

It’s been a real journey – one we feel as though we’ve been on since the dawn of time.

But in excellent news: there is light at the end of the tunnel, and that light involves Cyrell throwing stuff at the season finale. (We hope).

According to industry website TV Tonight it’ll all be over in two weeks.

The website claims the two-part finale will most likely air on Sunday, April 7 and Monday, April 8, with the network ‘locking in’ The Big Bang Theory to return to the 7.30pm time slot on Tuesday, April 9.

And while the date, nor the details of the finale, have been confirmed by Channel Nine, we’re hoping it includes a reunion episode that will see all the contestants return, fight, and maybe even resort to physical violence while the experts who ruined their lives watch on with glee.

No, really: here’s everything we know so far about what happens on the reunion episode.