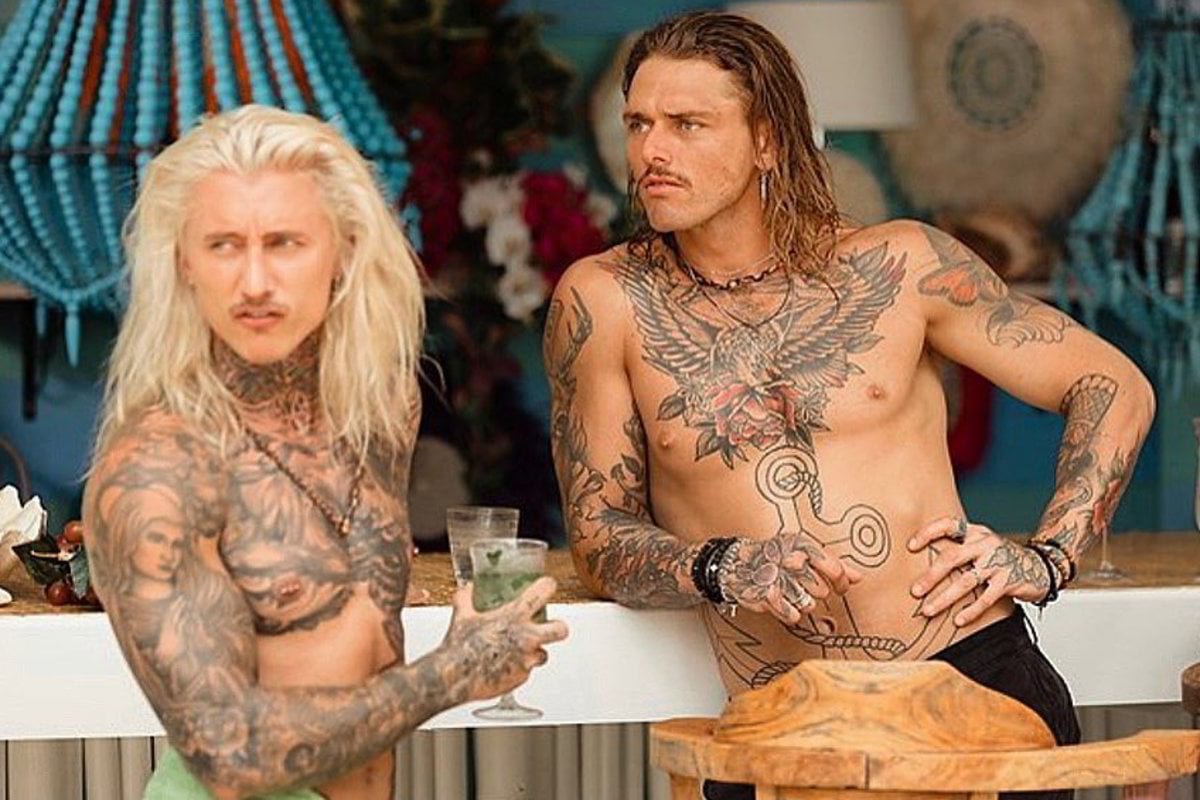 1. "Completely stitched up." Timm Hanly believes Ciarran Stott was set up on Bachelor in Paradise.

Ciarran Stott didn't exactly make a great name for himself on Bachelor in Paradise, particularly when it came to the way he treated women.

But now his best mate Timm Hanly has come out defending his behaviour on the show, saying he was actually "stitched up" by producers.

"They would encourage [Ciarran] to go after different girls," Timm told The Daily Telegraph. "They stitched him up."

Timm also explained there was a different reason why he left Paradise, which we didn't get to see on the show. But he's not allowed to say (so we know it's juicy).

"It was rubbish editing, and it was all planned. It was uncomfortable to be there," he told the publication.

"It wasn’t nice to be there, it wasn’t a nice holiday. It was f*cked. I wish I could tell you how I really left but I’m not allowed to."

Timm is now putting his Bachie days behind him and is currently dating his ex-girlfriend, Briana De La Motte.

"I’ve had a girlfriend for the last few months... It was hard having a girlfriend and having that show on at the same time, she’s also glad it’s over and we can just live our lives now."

Listen to The Spill, Mamamia's daily entertainment podcast. In this episode, Kee Reece and Laura Brodnik chat about the response to Cardi B's new song 'WAP' and why it's so important right now. Post continues below.

2. "It didn't feel right for me." Dancing with the Stars' Sharna Burgess on turning down The Bachelorette.

It looks like Elly and her sister Becky weren't the first option for The Bachelorette.

Dancing with the Stars' judge Sharna Burgess has confirmed rumours that she was asked to be The Bachelorette this season, but decided to turn the offer down.

In an interview on Demi Burnett's Big Demi Energy podcast she said: "They offered it to me a couple of times actually because I judge Dancing with the Stars in Australia."

"I considered it long and hard and thought about it, but it didn't feel right for me," she added.

I absolutely need to take more photos... feels weird posting anything with my red hair now that I’m blonde and feel like it’s SO UNBELIEVABLY DIFFERENT. So.. until I do that... it’s gonna be shameless selfies as content 💁🏼‍♀️

The 35-year-old explained that she was a big fan of the franchise, but that being based in LA would complicate starting an Australian relationship for her.

"It didn't feel like it lined up right, but who's to say that that next year it won't? If I'm still 36 and single next year, I'll be calling The Bachelor like, "Okay, let's do this! I need some help.""

She said if circumstances changed in regard to the COVID-19 pandemic, she would definitely reconsider.

"I need a regular season and if it comes around again, then maybe that's when it's the right time."

3. Chris Pratt and Katherine Schwarzenegger have welcomed a baby girl together.

Congratulations are in order for Chris Pratt and Katherine Schwarzenegger. The couple has welcomed their first child together!

"The couple is so excited for their new addition and have been showered with love from their family and friends. Chris [Pratt] was there for the birth and the couple can’t stop taking their eyes off their daughter," a source told ET.

"Giving birth was such a special moment for Katherine. She was overcome with emotions when she first held her daughter and was so thankful to have Chris there. Everything is new for Katherine and she’s glad Chris is there to help her through everything," they added.

Both Pratt and Schwarzenegger announced the news on their respective Instagram pages, sharing their daughter's name.

"We are beyond thrilled to announce the birth of our daughter, Lyla Maria Schwarzenegger Pratt. We couldn’t be happier. Both mom and baby are doing great. We are extremely blessed. Love Katherine and Chris," Pratt wrote on Instagram.

Pratt and Schwarzenegger got married in June of last year. Pratt was previously married to actress Anna Faris and they share a seven-year-old son, Jack, together.

It feels like it was only yesterday that we were all hooked on Netflix's reality TV show, Too Hot to Handle. And more specifically, the always complicated couple Francesca Farago and Harry Jowsey.

The couple who met on the show dated, broke up, got engaged and then, broke up again. And now, Francesca has spilled more beans about their time together.

Appearing on the podcast Too Tired To Be Crazy, Francesca explained that once the show ended, Harry started trying to end the relationship.

"He started breaking up with me basically the day that the reunion came out," she began. "The day he proposed, he was like I can’t do this anymore... but then he would say that and then two days later he would post a photo on his Instagram and caption it, 'Where should we have the wedding?"

"So then I’m sitting there, and I’m like, I’m in love with this person, I’m so confused, I don’t know what he wants, what does that post mean? I didn’t know what to do. We would get into an argument and we wouldn’t talk for a few days, and then he would post a story like, 'Oh I love my fiancée,'" she continued.

She then explained that she could "ruin his career", before adding that she still loves him. ¯\_(ツ)_/¯

Honestly, we can't keep up.

5. All the clues you may have missed in episode one of The Masked Singer Australia 2020.

Somehow, in 2020, watching obscure Australian celebrities sing while in scary costumes is... comforting.

Last night we got to de-mask Echidna who sang George Michael's 'Faith'. Jackie O actually successfully guessed tennis star Mark Philippoussis, and she was almost as excited as Osher when she realised.

In an effort to help you keep on top of what the hell you just watched last night, we’ve collated all of the clues you might've missed about who is hiding under the remaining Goldfish/Puppet/Queen/Dragonfly/Frillneck heads. 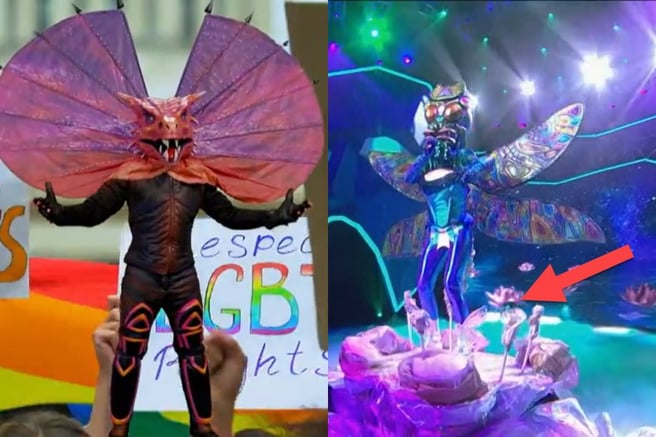 The Masked Singer Australia 2020 is officially kicked off!

Goldfish says she "was appreciated for the beauty of what I do" but nobody sees all the hard work that goes on behind-the-scenes.

"I might look like a small fish, but I thrive in the big ponds," she told us.

Goldfish strongly alluded to the Olympics during her clue's package, standing on top of a podium in a stadium.

Visual clues included a book of ABCs: "People say goldfish have short memories. I resent that, I have an alphabetical knowledge of my history".

Goldfish then put on a black belt and showed off her martial art skills, saying she was bringing "a knockout".

Goldfish was asked if she is a sports star or an athlete to which she replied: "My upbringing was very physical and I achieved something unforgettable in Sydney in 2000," she says.

For more clues you may have missed in episode one of The Masked Singer Australia, read our earlier article here.

flyingdale flier a year ago