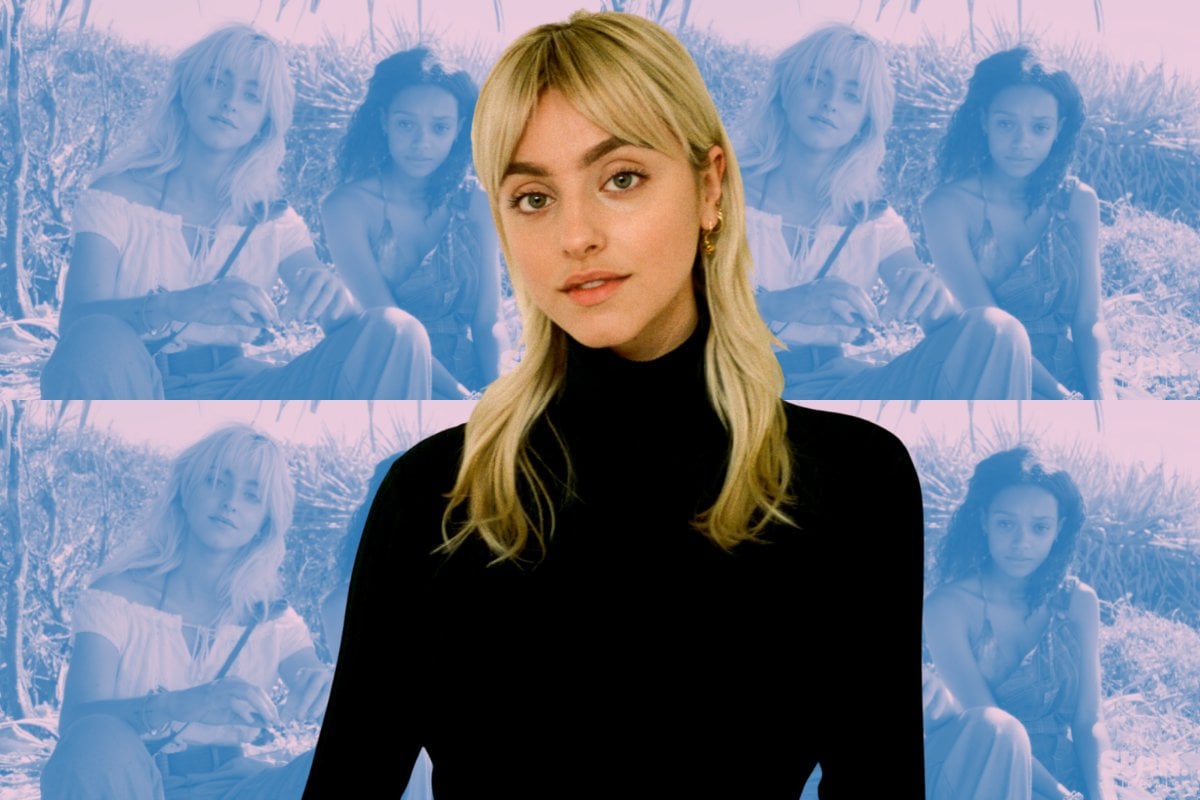 For BeBe Bettencourt, acting always felt like a natural inclination.

The 25-year-old, who is the daughter of Baby Animals front woman Suze DeMarchi and Extreme lead guitarist Nuno Bettencourt, virtually grew up in the entertainment industry.

"I always grew up around performers, so that always felt like a natural inclination," Bettencourt told Mamamia.

"But I really just loved reading so much when I was a kid. I just wanted to go to Hogwarts and basically step into those fictional worlds... and then I realised, 'Oh, you can actually do that as a job.'"

After making her feature film debut in The Dry starring Eric Bana earlier this year, the 25-year-old is starring in new Stan Original Series Eden.

The eight-part mystery drama series, which was shot in and around the Northern Rivers region of New South Wales, will premiere on Stan on June 11.

The new series follows Scout (Sophie Wilde), a high-achieving 20-year-old who returns home to the beach community of Eden after a year of studying abroad to discover that her best friend, Hedwig (BeBe Bettencourt), has indefinably changed.

Later on, during a drug-fuelled night out, Scout confesses her romantic feelings for Hedwig. But after the night ends in a violent struggle, Scout blacks out. When she eventually wakes up, she discovers that Hedwig is gone.

In the episodes that follow, the series moves backwards and forwards in time, reflecting on Hedwig's summer and following Scout's desperate search to find her missing friend as she uncovers secrets about Eden's tight-knit beachside community.

Speaking to Mamamia, Bettencourt shared why she was drawn to the new Australian series. 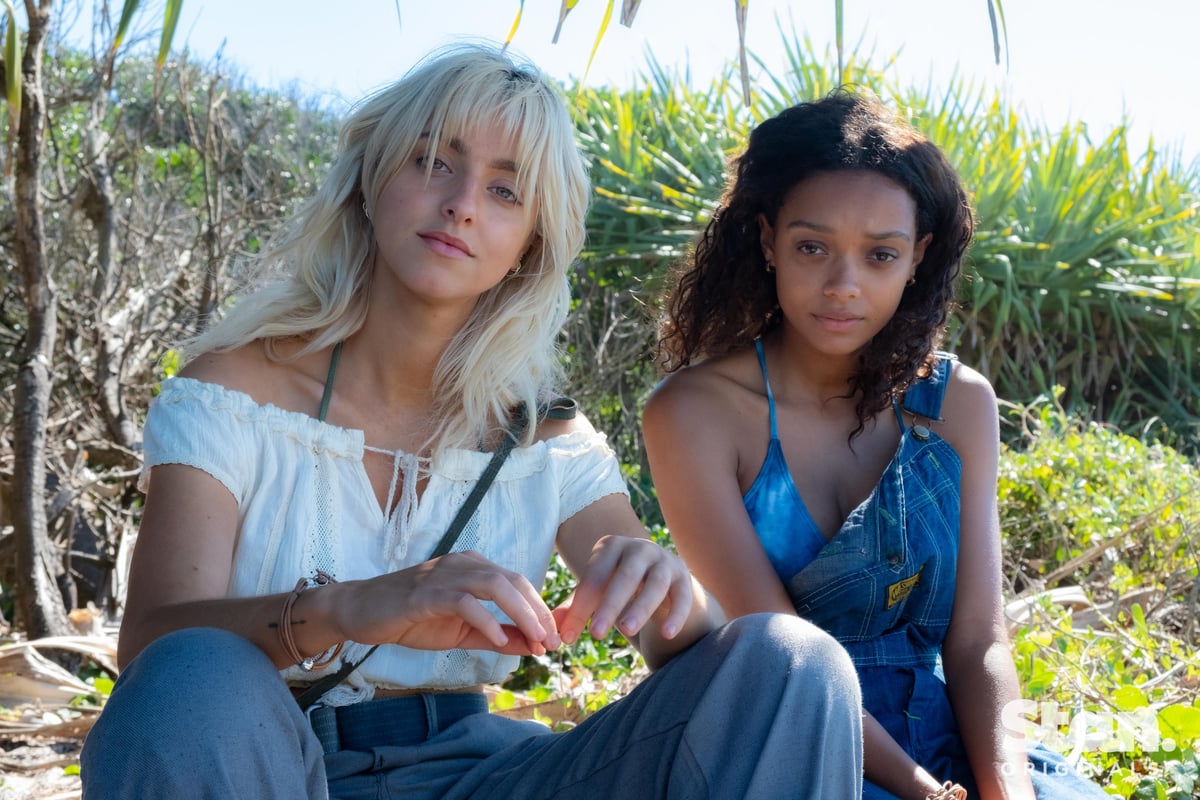 "I really fell in love with it, specifically [my character] Hedwig," the actor shared.

"When I read [the script], I was just really excited by it. It just felt like it was something really new and different and interesting for Australia."

When we first meet Bettencourt's character, Hedwig, in the series, she comes across as quite a mysterious figure.

"She's just a young girl, and she's got a lot going on," Bettencourt shared.

"I think that she's somebody who is having a tough time in life and is trying to find the joy wherever she can get it," the actor added.

"She's a little hustler and she's just trying to make her way and make something of herself. And along the way, she has her world opened up by new people."

Amid her roles in The Dry and Eden, it seems Bettencourt has a growing penchant for playing darker characters.

In Eden, specifically, Hedwig is drawn to the dark side of town as she attempts to make a name and a living for herself while working as a drug dealer.

"I don't know what it is about me. I really am quite a happy person," Bettencourt laughed.

"But it is really fun to explore [darker roles], and it offers me a way to explore myself more," she added.

"I think both of these young women in The Dry and Eden – their stories are so important and relevant. So it is a joy to be able do that. It's very therapeutic, you know, to get it all out." 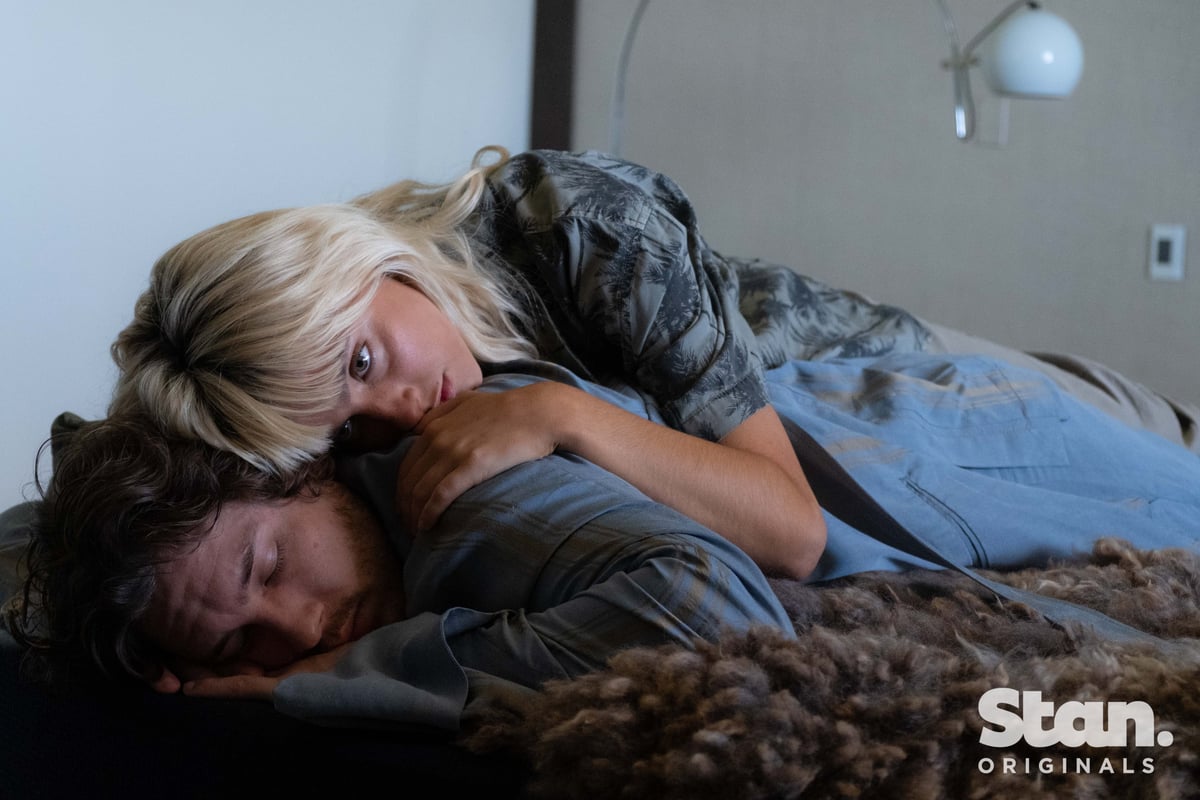 Amid the darker themes in the series, Bettencourt admitted that she's a little "nervous" about the prospect of her family and friends watching the upcoming Stan show.

"I've warned them a little bit. Some of them are going to get timestamps from me," she laughed.

"But I think my family and friends are very open and at the end of the day, it's not really me."

Now that the show's premiere is upon us, Bettencourt is starting to miss playing Hedwig.

"I really hope that her story and her journey is received in a compassionate way.

"I really miss our cast and crew too. I think we got really lucky with the team that was assembled. We got to spend four months in the most gorgeous place [together]."

But while she's missing Hedwig, Bettencourt is excited for Australia to be introduced to the world of Eden. 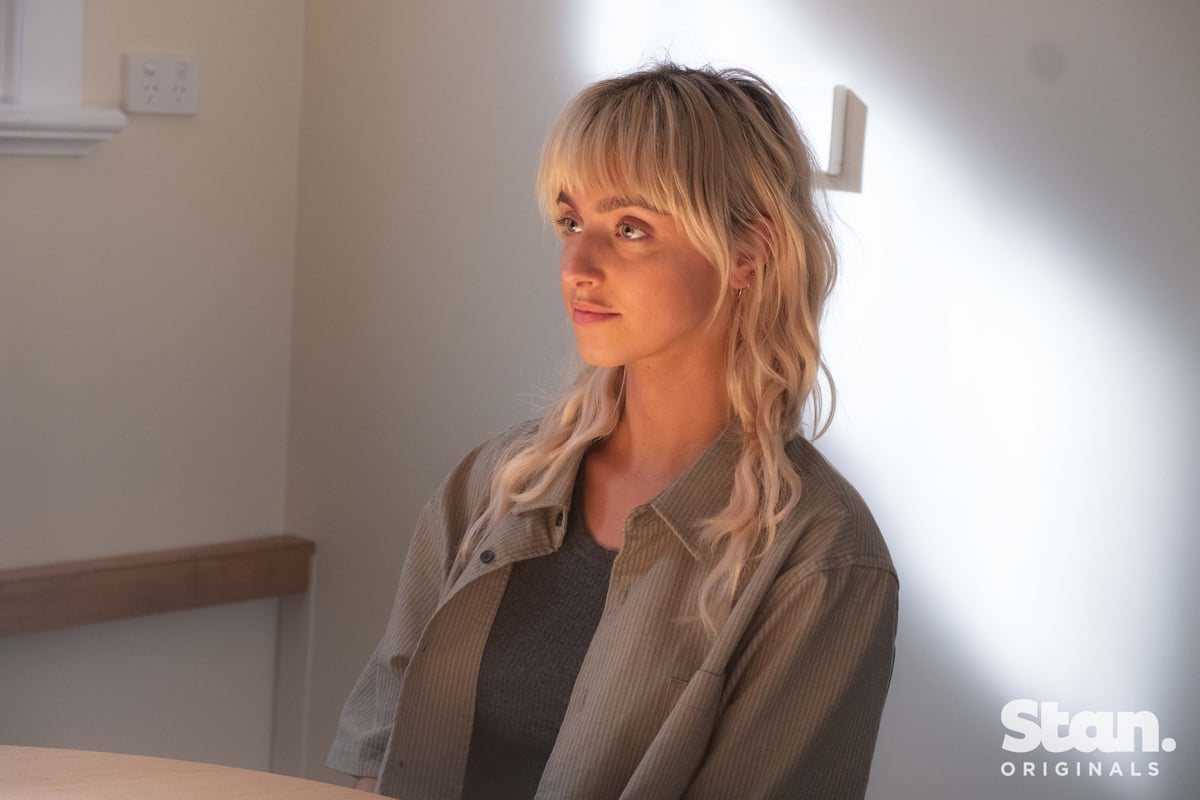 "I think some of the themes that we explore, aside from the general plotline, you haven't really seen anything like that [on Australian screens] before," she said.

"I think the beauty of it is that it's such a diverse story and there are so many different storylines [within the series].

"I hope people actually interpret it in whatever way they would like, and I hope that people take many things away from it.

"At the end of the day, I hope it makes people think. I hope people enjoy it and feel something."

The Stan Original Series Eden premieres June 11 only on Stan, with all episodes available at once.