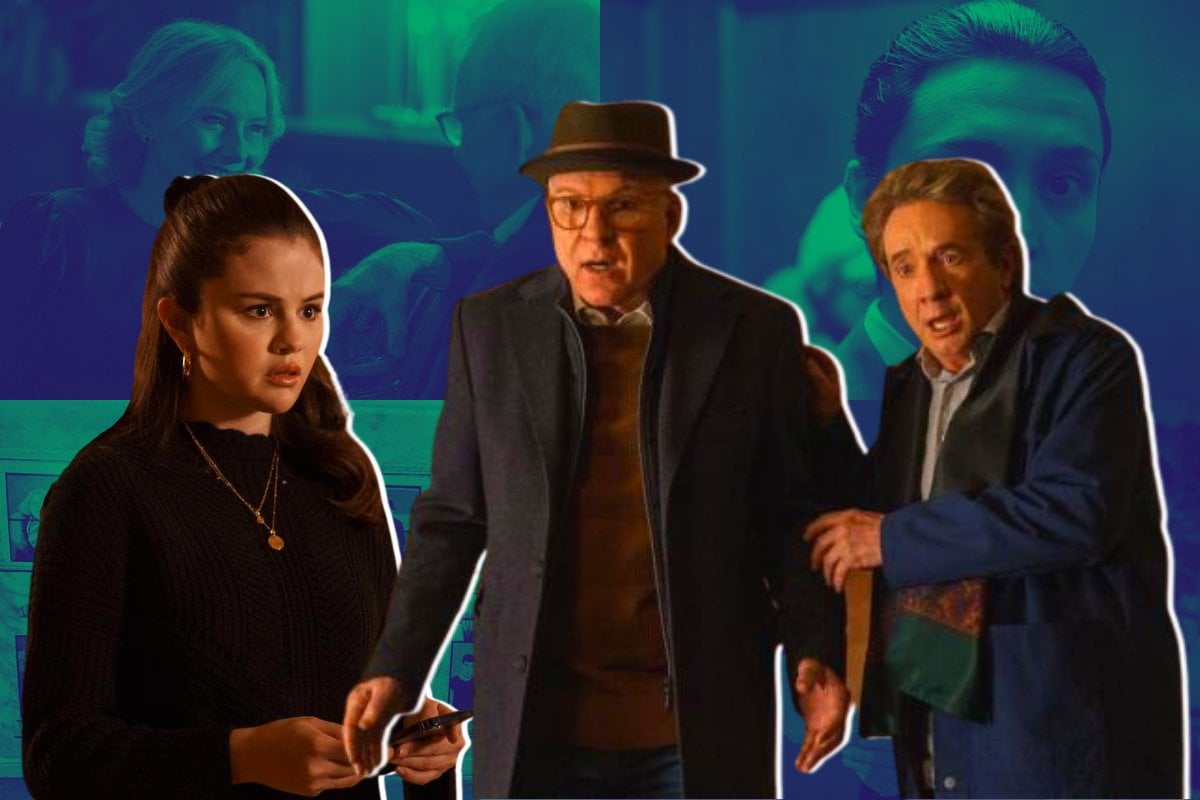 It goes without saying, but this post contains spoilers for the first season of Only Murders In The Building...

There was a major surprise in the Only Murders in the Building finale.

Watch: The first scene of Only Murders in the Building... which also happened to be the end of the story. Post continues below video.

The trio, amateur former strangers, aren't exactly your typical detectives, and the series threw a lot of red herrings at them. That was a complicated crime, folks, by a (supposed) expert killer.

Plus, the entire show is a satirical take on our obsession with the true crime genre, and I'll be honest - I was stumped.

But they bloody did it!

I think it's been one of the most satisfying TV endings this year - wrapping up with the exact same scene we saw at in the very first episode.

Let's break it all down.

Tim was lonely. He was unliked within the building and all his friends had left, plus he was torn up over helping the Dimas' cover up what happened to Zoe on the night of her death. Then, one day in the elevator, in walked Jan to fill the void.

Things were going fine for the pair until Jan discovered an emerald ring in Tim's apartment and got her wires crossed. She assumed it meant Tim was cheating on her, when it reality it was evidence from Zoe's death.

Tim was trying to take down the Dimas family, but he never had a chance.

When he ended things with Jan, she... killed him. 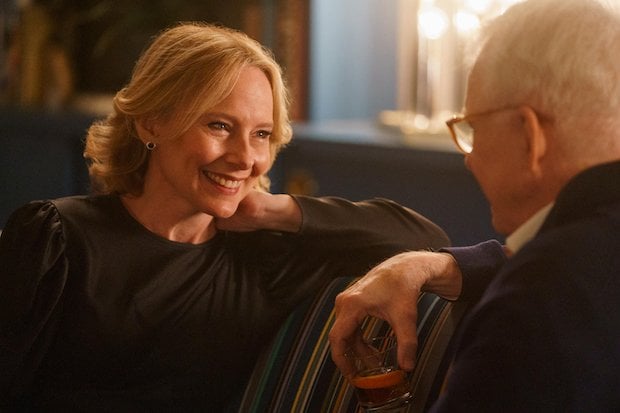 GIVE HER AN EMMY RIGHT NOW. Image: Disney+.

First, she used medication from "Jan's Lil T❤️xins" container to poison him with a drink in her apartment. Then, Tim went downstairs (with her blue-handled rubbish bag containing the glasses!) to his room, where he collapsed.

Jan set up an alibi by playing a recording of her practicing the bassoon, then went to Tim's room where she shot him and made it look like a suicide.

How did Charles, Mabel and Oliver figure it out?

All signs pointed to Jan at the end of episode nine, when Oliver and Mabel found a bassoon cleaner among Tim's stuff.

It turns out there's not too many bassoonists around.

At the beginning of the finale, Oliver and Mabel try to convince Charles of their theory, but he doesn't believe them.

They go to Jan's apartment to find more evidence to support their theory, and find the knife Jan had used to stab herself and the emerald ring she'd swiped from Tim after killing him.

Meanwhile, Charles figures it out for himself by comparing the 'J's in a note Jan wrote him with notes the killer had left around the Arconia. 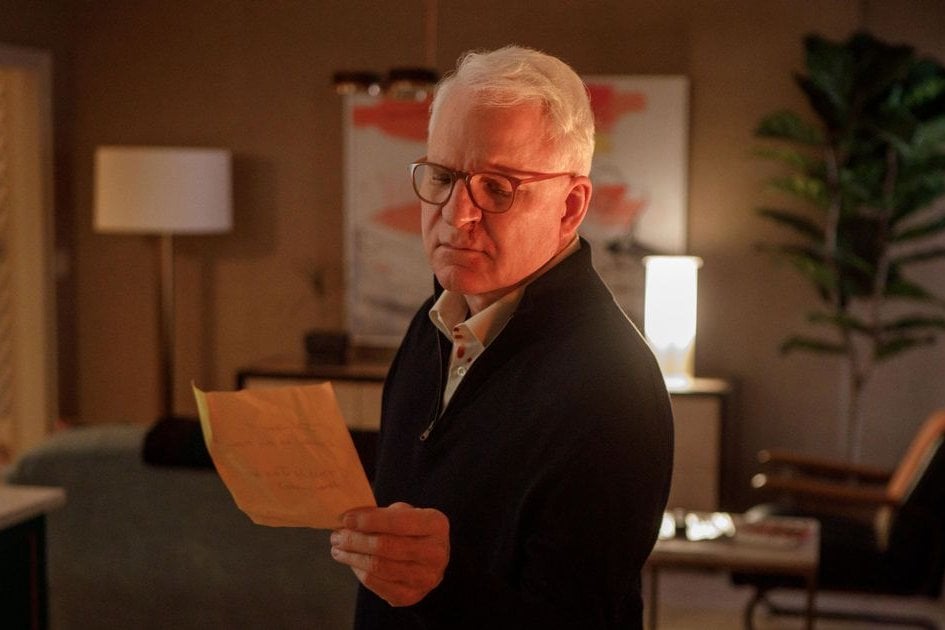 Jan arrives at his apartment to apologise for lying to him about being the first chair bassoonist. She offers to help him with his bleeding nose and pours them a drink.

By this point, Charles knows not to accept a drink from her so he 'stage sips'. Jan outwits him, however, because she has actually dosed the handkerchief he was holding to his nose.

As the poison takes hold, Jan talks him through her crime.

And it turns out, they may have stopped a serial killer.

"I'm not one of those who always does it the same and has to carve a niche for myself," Jan says, telling him she plans to kill everyone in the Arconia with a coordinated gas leak.

Thankfully, Charles survives the poisoning (thanks to Gut Milk!) and is eventually rescued by Mabel and Oliver, after a very funny game of elevator tag.

i fear nothing this year is going to be funnier than this sequence #onlymurders pic.twitter.com/Wet56GLhvb

They manage to stop the gas leak, catch Jan and hand her over to the police.

It brought the very compelling (and often comical) storyline to an end in a great way. Except, well, it turns out that wasn't the end...

With Tim Kono's murder packaged up with a neat little bow, Charles, Oliver and Mabel celebrate with champagne on the Arconia rooftop.

Mabel asks if "anyone else feels like there's still a couple of loose ends" in their story.

The others don't think so, and Mabel goes to fetch more wine from her apartment.

Then, Charles and Oliver receive a mysterious text telling them to leave the building as sirens descended on Arconia, so they rush to find Mabel.

As they run downstairs, it becomes clear this is the same scene as at the beginning of episode one.

When they reach Mabel's apartment, they discover her covered in blood and kneeling over the dead body of the building's resident cranky old lady, Bunny (who is wearing one of those Only Murders tie-dye hoodies, no less).

Not gonna lie, I was relieved it was not Oscar! Sorry Bunny!

It's not surprising that suspicion is quickly pointed at our trio. Obviously, they are found with the body, which is damning on its own. BUT they've also been very public about their dislike for Bunny.

A post shared by Only Murders in the Building (@onlymurdershulu)

She was the one who evicted them for their podcast (but she still rocks the merch?), and earlier in the finale Mabel yelled at her: "Hey Bunny, congrats! You're the most hated person in the building now, you cranky old bitch".

Before they're arrested, Charles notices Bunny was killed with Mabel's knitting needle, which is also a callback to early episodes. Mabel says she fantasises about killing an intruder what that very needle.

The series ends with Charles, Mabel, and Oliver being led off in handcuffs - the perfect cliffhanger for season two, which has already been confirmed.

So, all of our questions about Tim Kono have been replaced by questions about Bunny. Who killed her? Who warned Charles and Oliver to get out of the building? Why was EVERYONE wearing their tie-dye hoodies on this particular night? Did Tina Fey's underling let her claim credit for the Only Murderers in the Building idea without a fight?

No word yet on when these questions will be answered, but in the meantime, we could always start an investigative podcast.