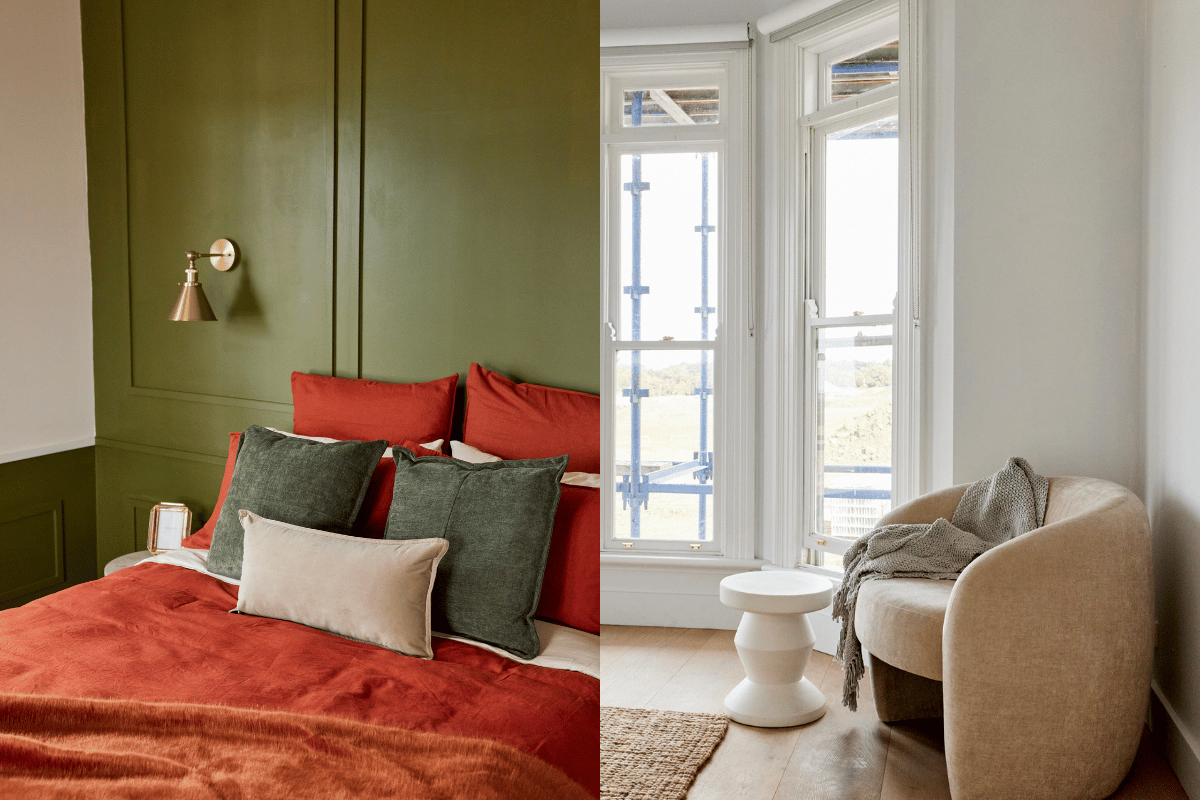 Get your hard hats ready, people. We're back for an all-new instalment of our favourite reno program, The Block.

This season, the reality show takes place far from Melbourne's CBD, and switches to the countryside of Gisborne South in Victoria's Macedon Ranges.

Hosted once again by Scott Cam, the new season will feature contestants some of us might already be familiar with.

Watch the teaser trailer for The Block. Post continues after video.

First up is Elle Ferguson, who describes herself as a "global influencer" with over 680,000 followers on Instagram. She's joined by her partner, Joel Patfull, who is a former AFL star.

There is also former Neighbours actor and lawyer, Sharon Johal, and her accountant husband, Ankur Dogra.

The well-known couples are joined by a married pair, Tom and Sarah-Jane from Melbourne, best mates Omar and Osman from Western Sydney, and tradies, Dylan and Jenny, who live on the Gold Coast.

In the first episode of the series, the five teams were tasked with building their own bedroom for the 48-hour house decider challenge, with the winner becoming the first team to choose the house they renovate.

However, it wasn't until the second episode where we got to see the finished rooms for ourselves.

Here are all the room reveal photos from the house decider challenge:

First up are Tom and Sarah-Jane from Melbourne. The couple has a one-year-old baby back at home, and are competing on the reality reno show to hopefully throw some money towards their mortgage and spend more time with their daughter.

Sarah-Jane is a social worker, and Tom is a plumber.

Their first challenge went fairly seamlessly (except for their painting hiccup back in episode one), and the pair were praised by the judges for their mossy green and burnt orange colour palette.

"It's stunning," Shaynna remarked and praised the detailing of the wall. "It really feels like a boutique hotel."

Darren was also pleased with their work.

"In terms of creating a room that feels like it belongs in this house, it's got a traditional feeling but it feels very contemporary," he said.

Neale was amazed it was a challenge room, adding that it could have been a first-week room reveal. 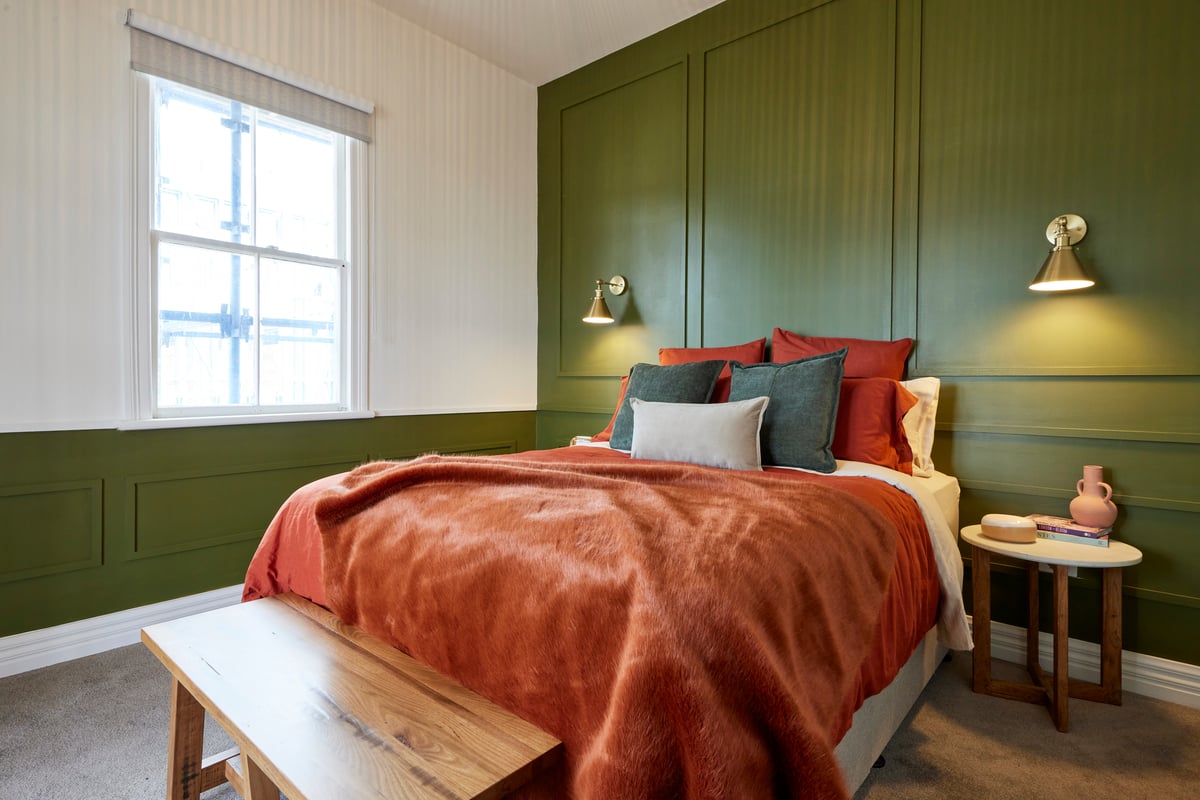 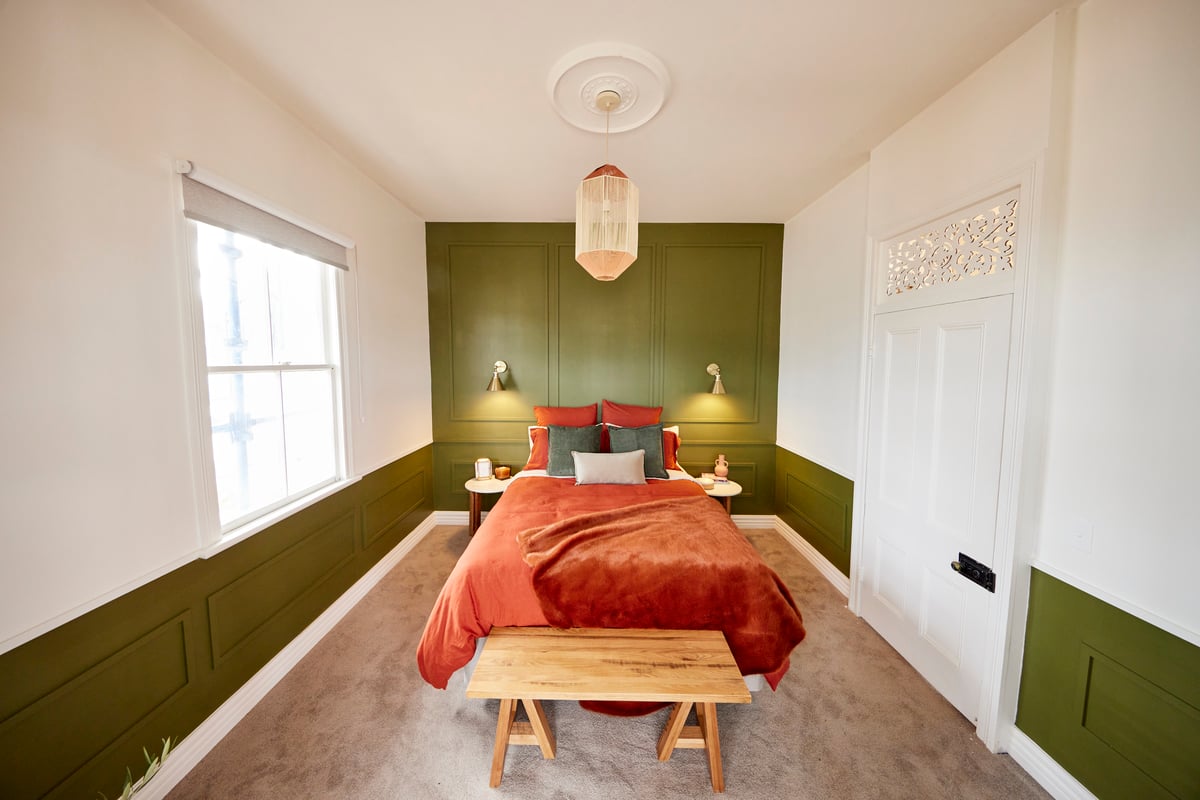 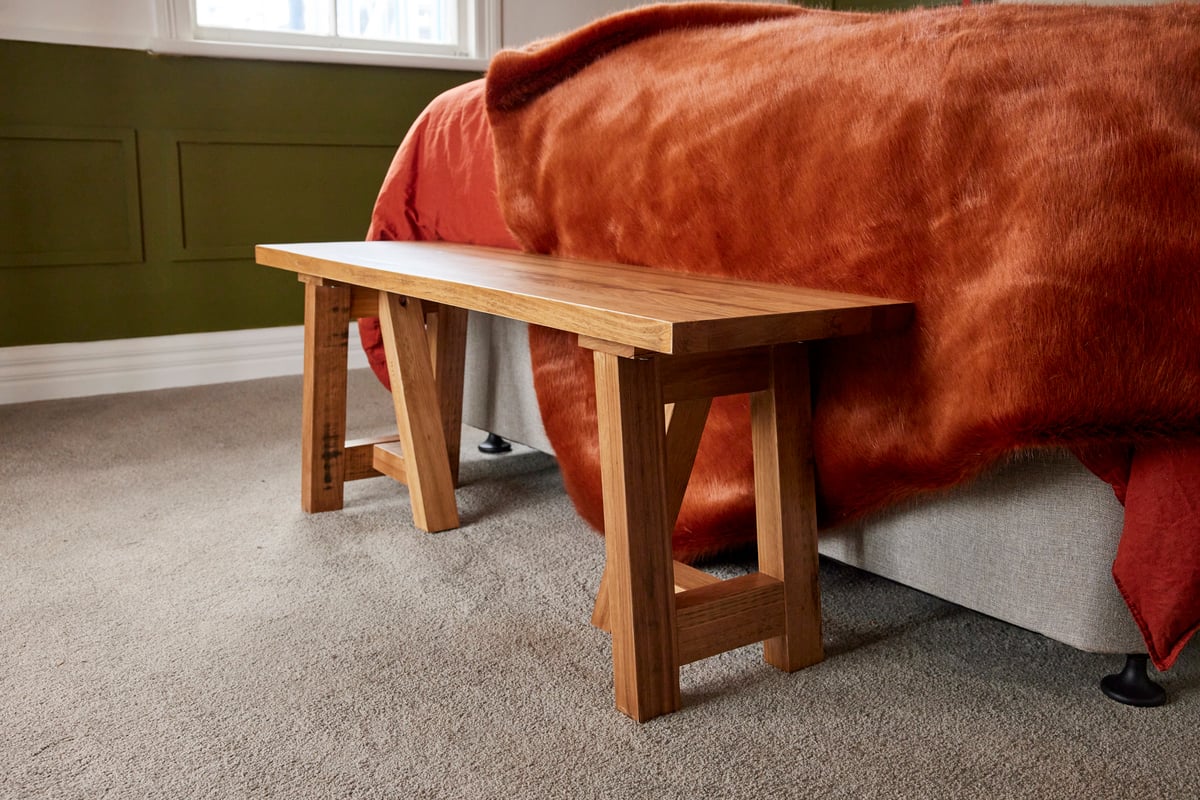 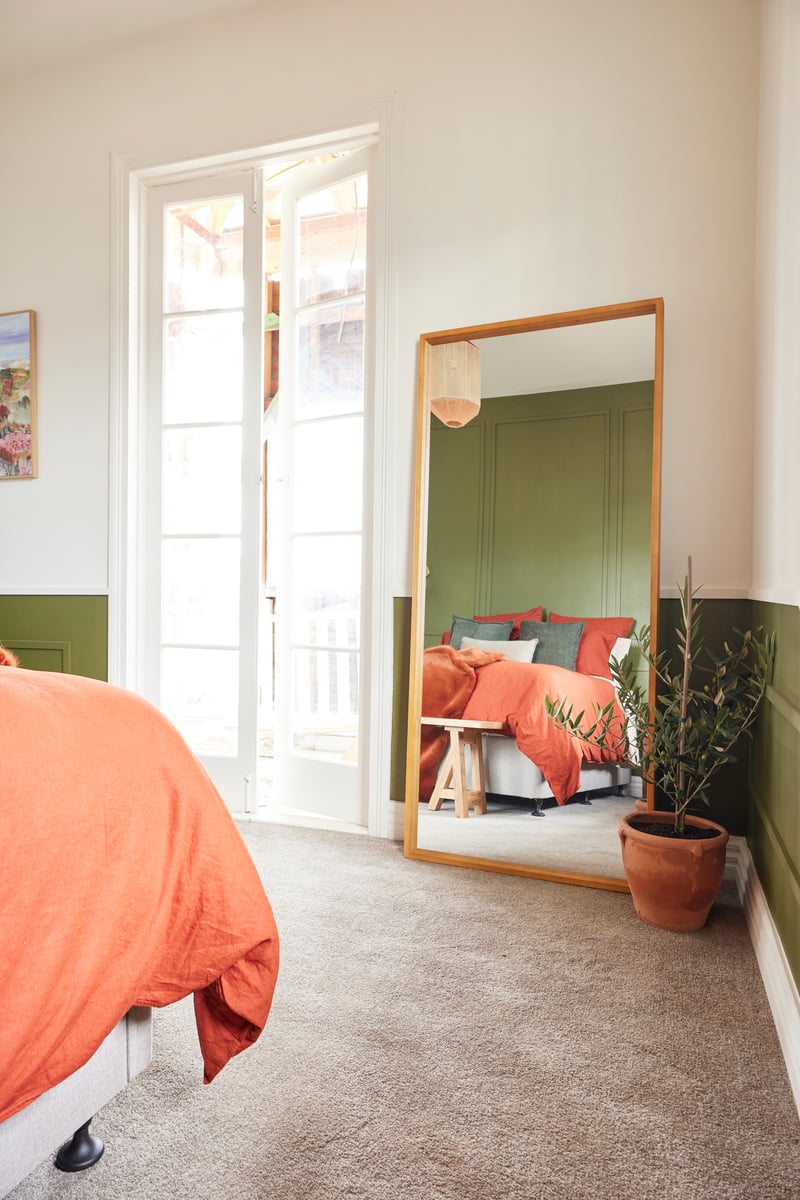 Next up are engaged couple Dylan and Jenny, who are both from the Gold Coast.

The pair were fairly confident they'd be able to pull off the best-executed room, as she is an apprentice carpenter and Dylan is a builder.

While the judges did indeed praise the quality of the room's finishes, they were disappointed in the final product.

"I do love that shade of green," said Neale, before adding, "The vibe? Not so much."

The expert went on to say the room felt like too much of an urban "mish-mash".

"They don't tell a huge story of what, aesthetically, the house could become," he said.

However, Neale did want to add, "They've got a good sense of what level of finishes the house has got to come out to be."

Shaynna also made it clear the olive tree in the corner of the room had to go.

"Can we just mention the fact that olive trees do not thrive indoors... They're an outdoor plant," she said. 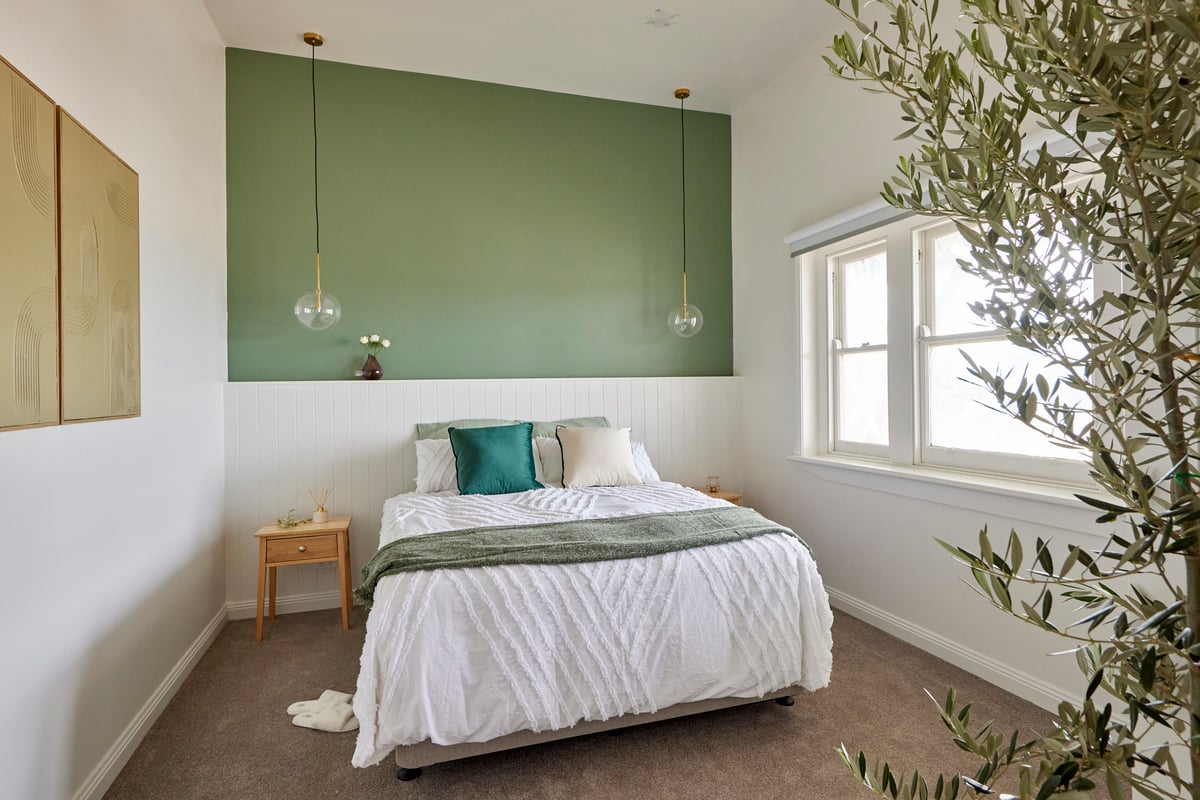 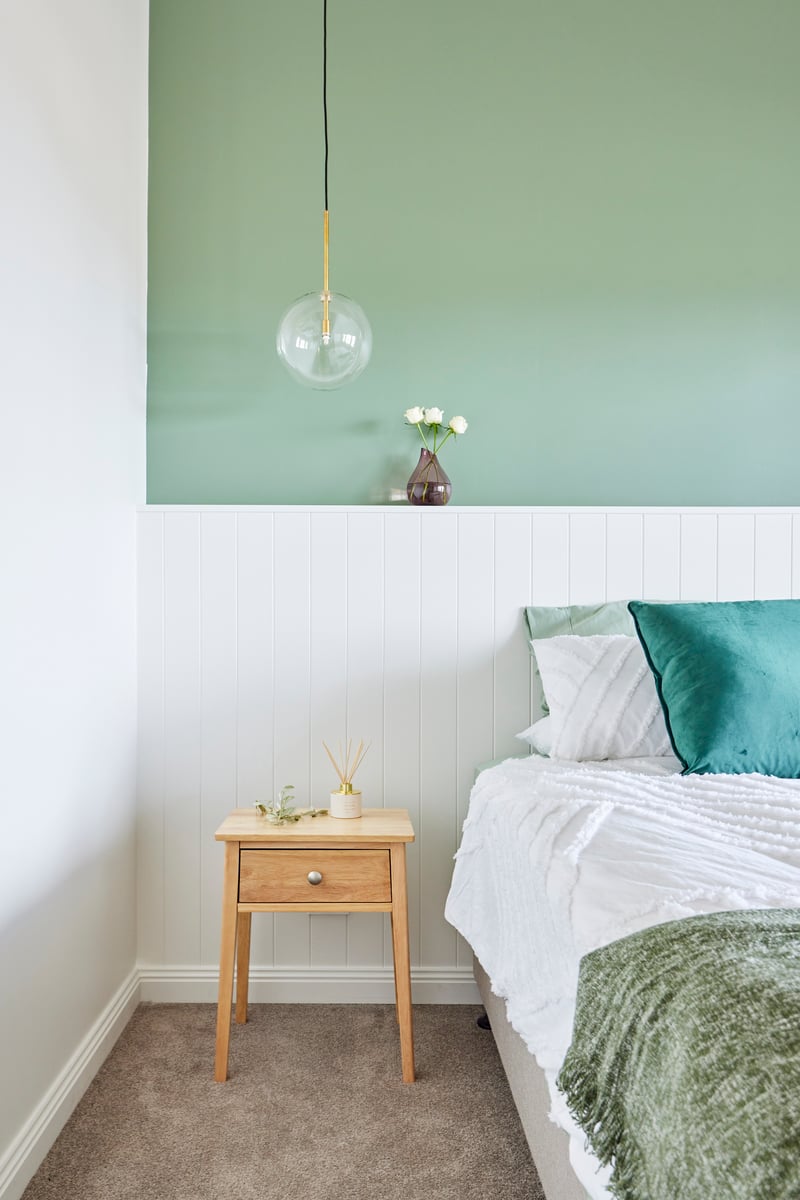 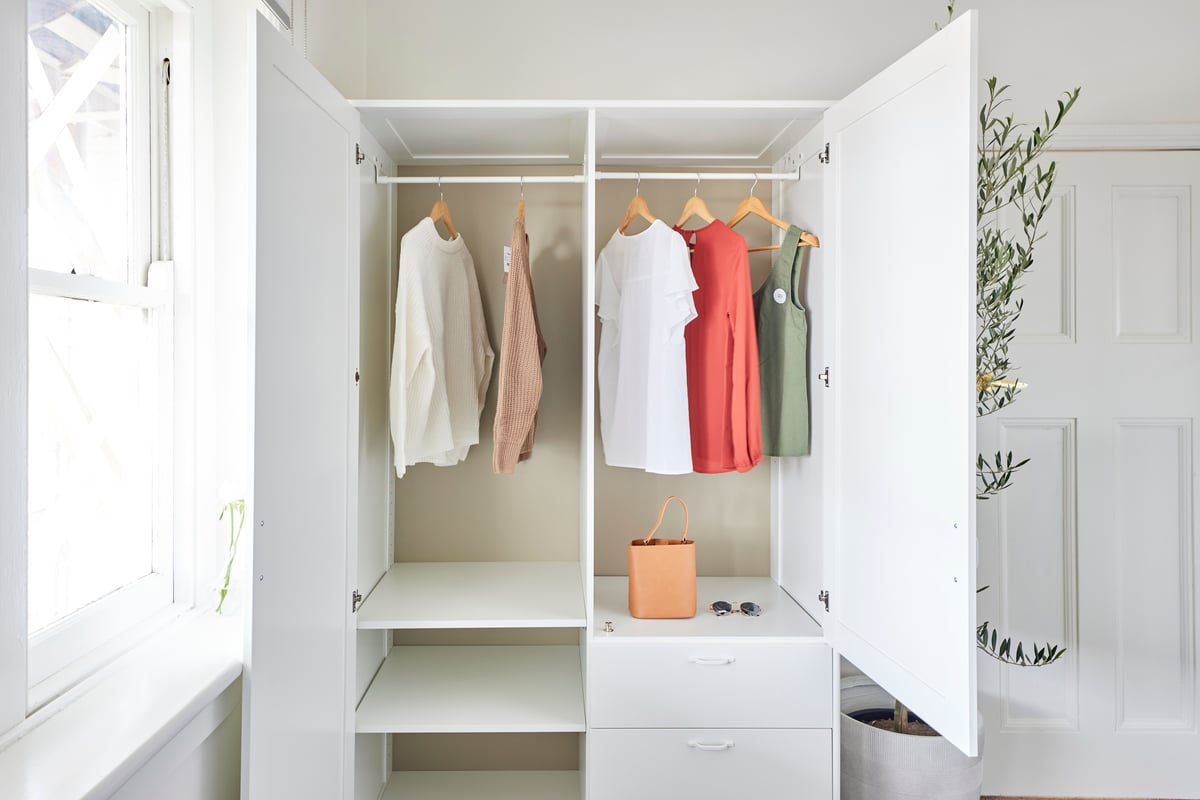 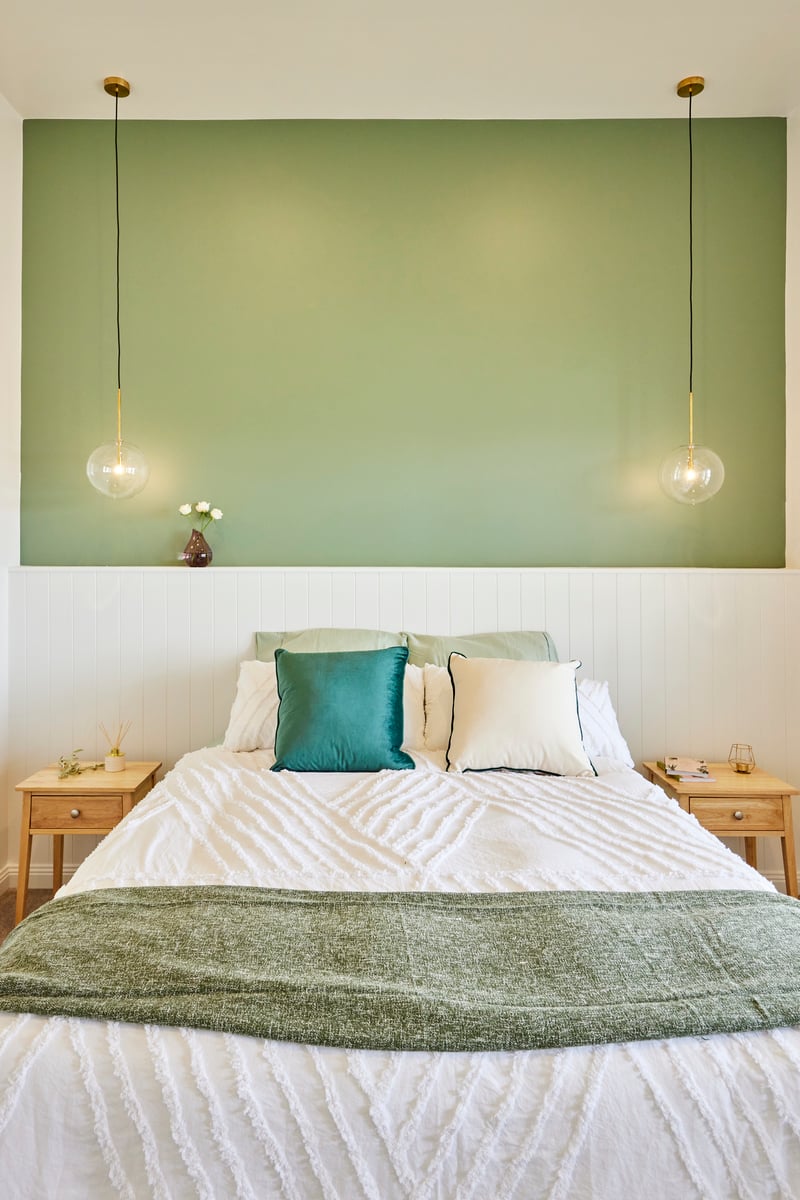 Third in line are Bondi Influencers, Elle and Joel.

The smiley pair were all too confident stepping into the judging room, but Neale, Shaynna and Darren had some choice words for them.

"Home for me is Bondi, coastal... Not necessarily Macedon Ranges... Where are we?" Darren said while overlooking the cream, beige and woody brown room.

Neale added that Elle and Joel didn't "acknowledge" the history of the home by going for a modern, chic aesthetic and design.

Neale said that if the pair continued on with the same themes, it would get "very stale and very same-y very quicky... Have respect for the original bones of this house." 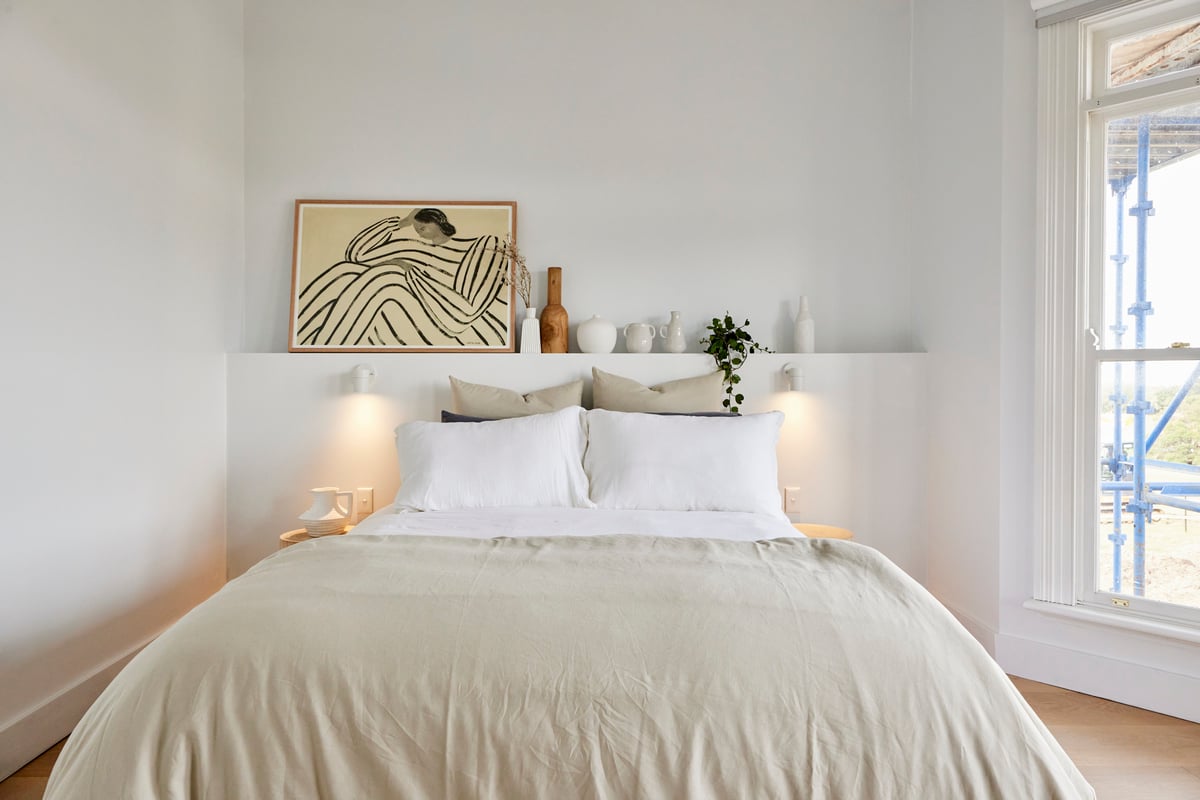 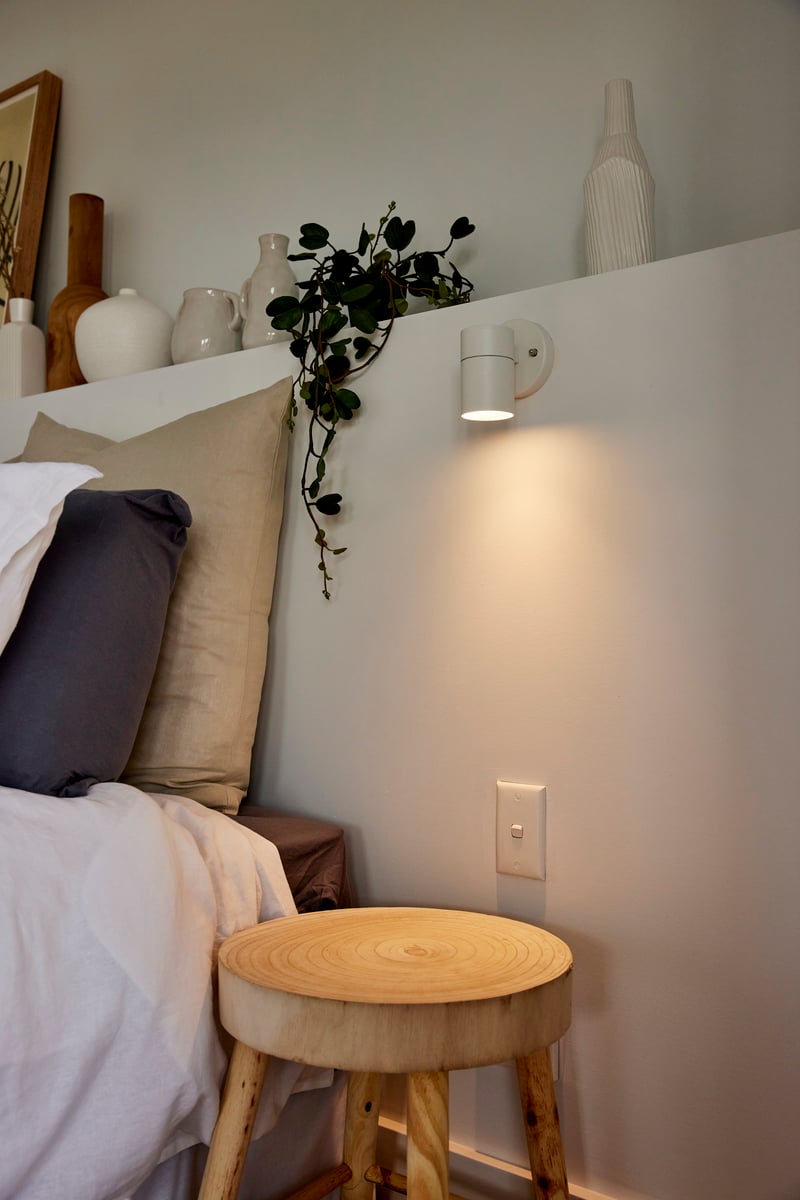 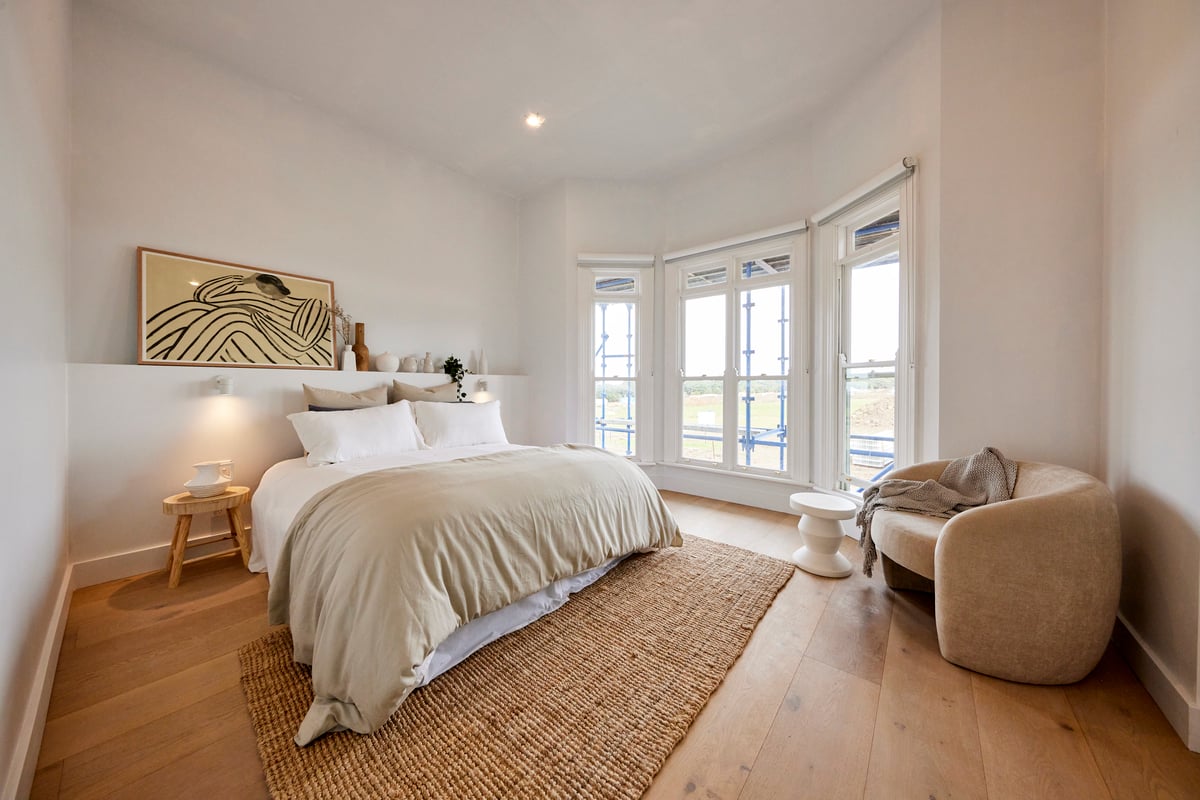 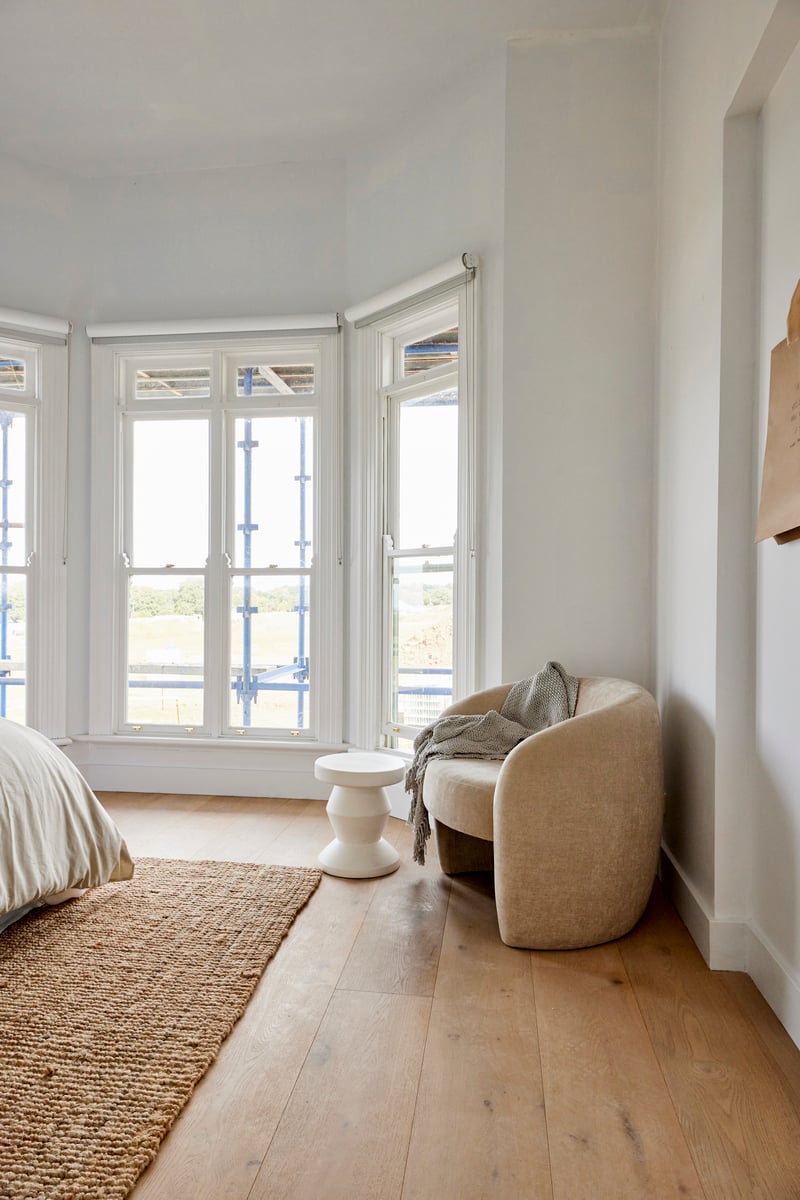 Just behind the Bondi-based couple is Melbourne pair, Sharon and Ankur. While many might recognise Sharon for her acting role in Neighbours, she is also a lawyer. Her husband, Ankur, works as an accountant.

This is the first time the pair have renovated a home, and their nerves are beginning to show.

Despite the worries, the couple were able to pull off a fully finished room. However, the judges said their challenge bedroom felt like it belonged in a different country.

"It's not an Australian version of country." Neale said of the French provincial theme, with Darren adding: "It all works, [but it is] just an extremely rustic approach [that] is going to be very divisive for the market." 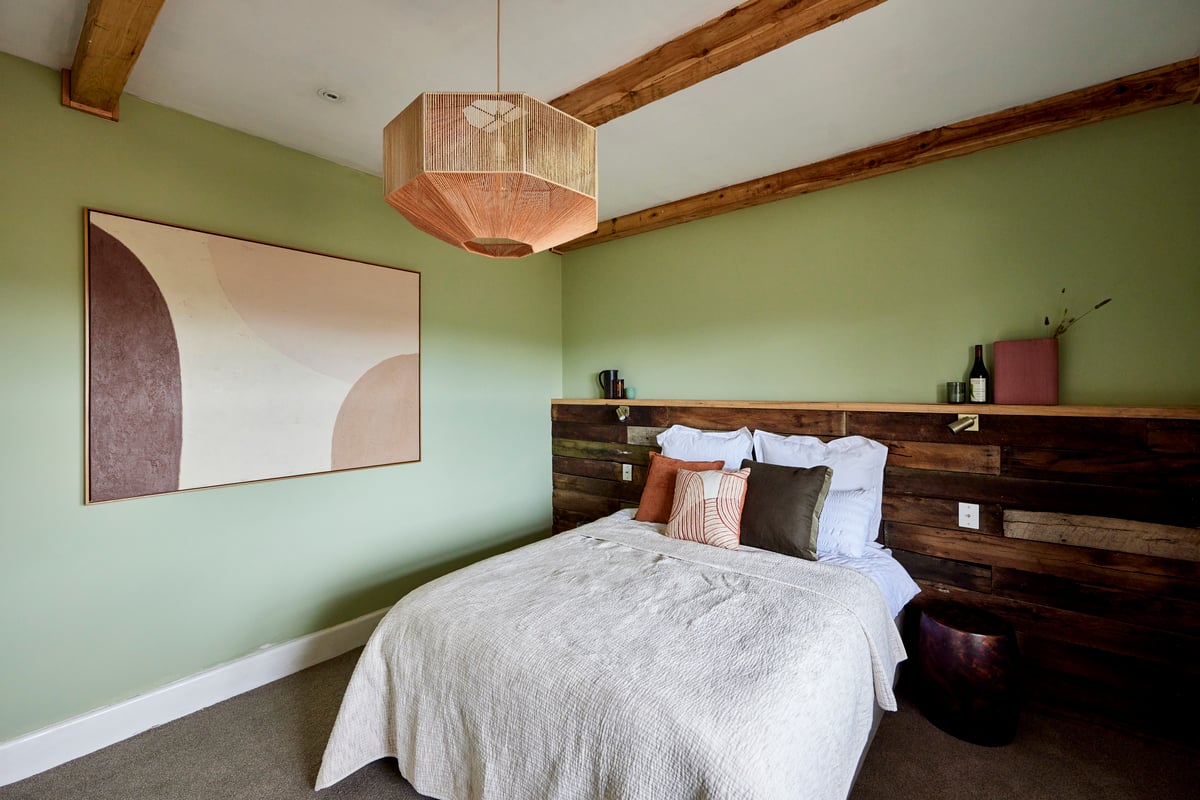 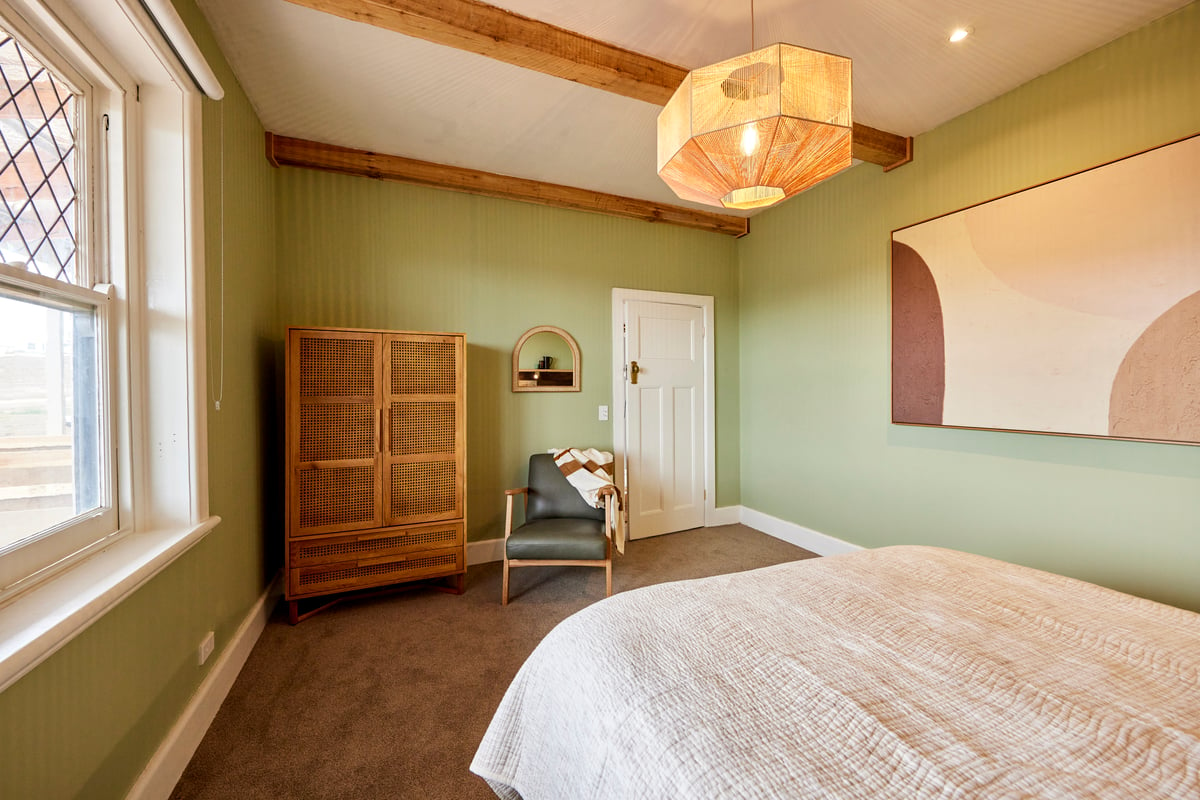 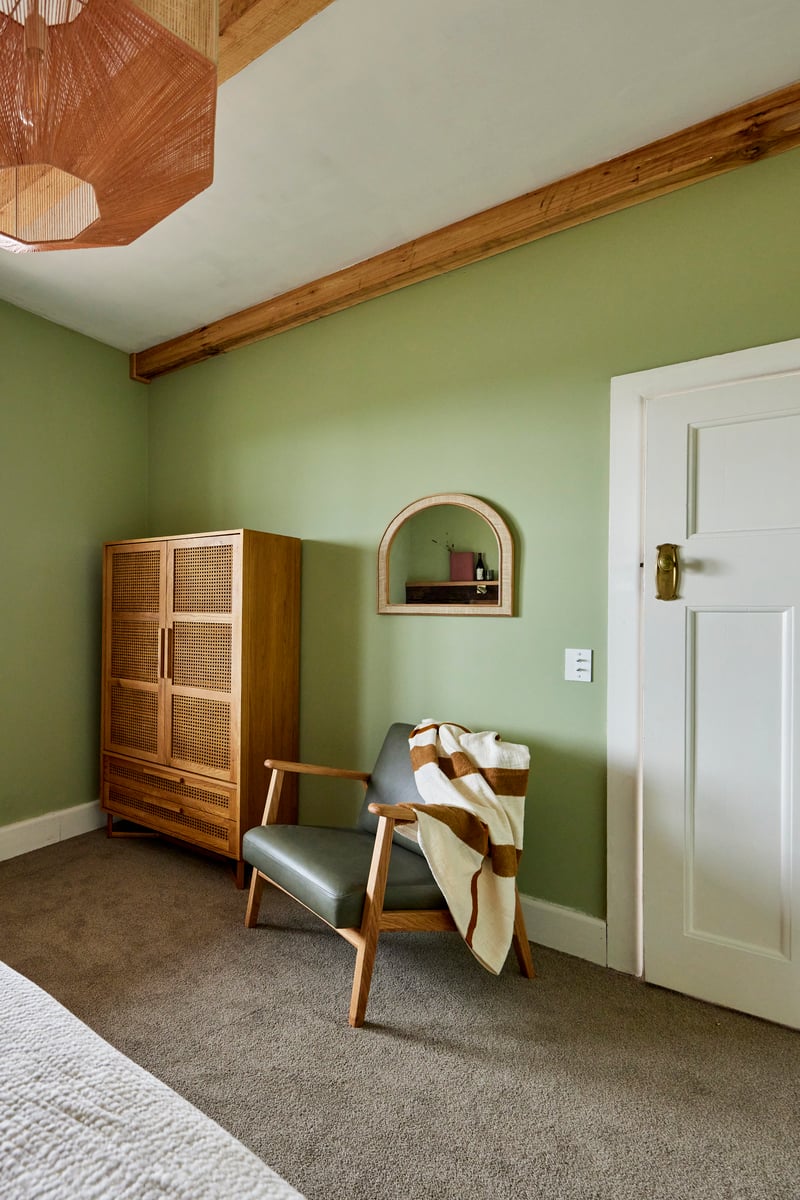 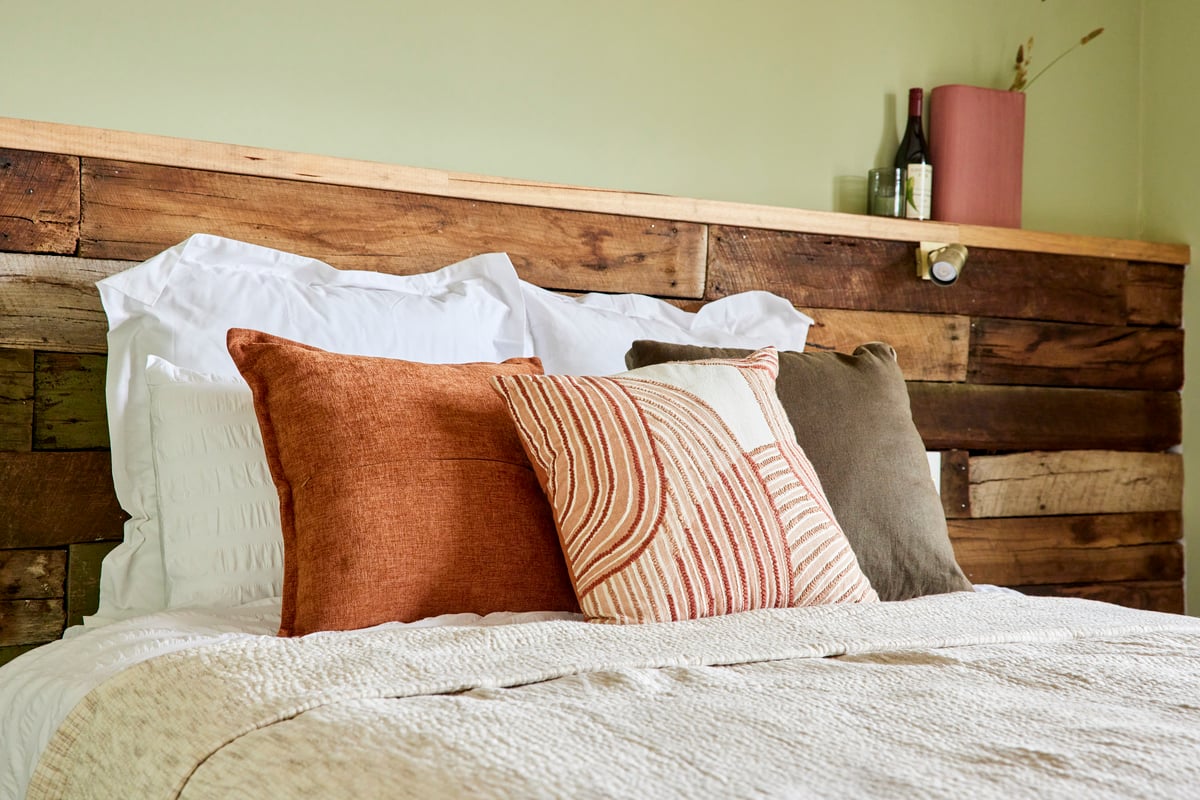 The final pair is Omar and Osman, who are best mates from Western Sydney. Osman or 'Oz' works in building maintenance and Omar has a career in professional rugby.

The duo have left at home their wives and young families to have a crack at winning the reality renovation show. Omar and Oz are the first Muslim contestants on The Block and have been completing Ramadan during filming.

While there is no doubt the boys put a lot of effort into their first room, the judges were not too happy with the placement of their door.

"That kind of annoys me," Darren said.

Neale noted they went for a "lux" aesthetic, that feels "quite generic".

Despite the slight misstep, the pair were praised for "preserving the heritage" of their bedroom. However, they were criticised for replacing their traditional window with something more modern.

"The cost of that; to buy it, to take out the original and the labour to put it back in, is a case of 'why'," Shaynna said.

Neale called it a "big mistake".

The boys were advised to visit local homeware stores in the Macedon Ranges to figure out what people want, by seeing what the shops are selling. 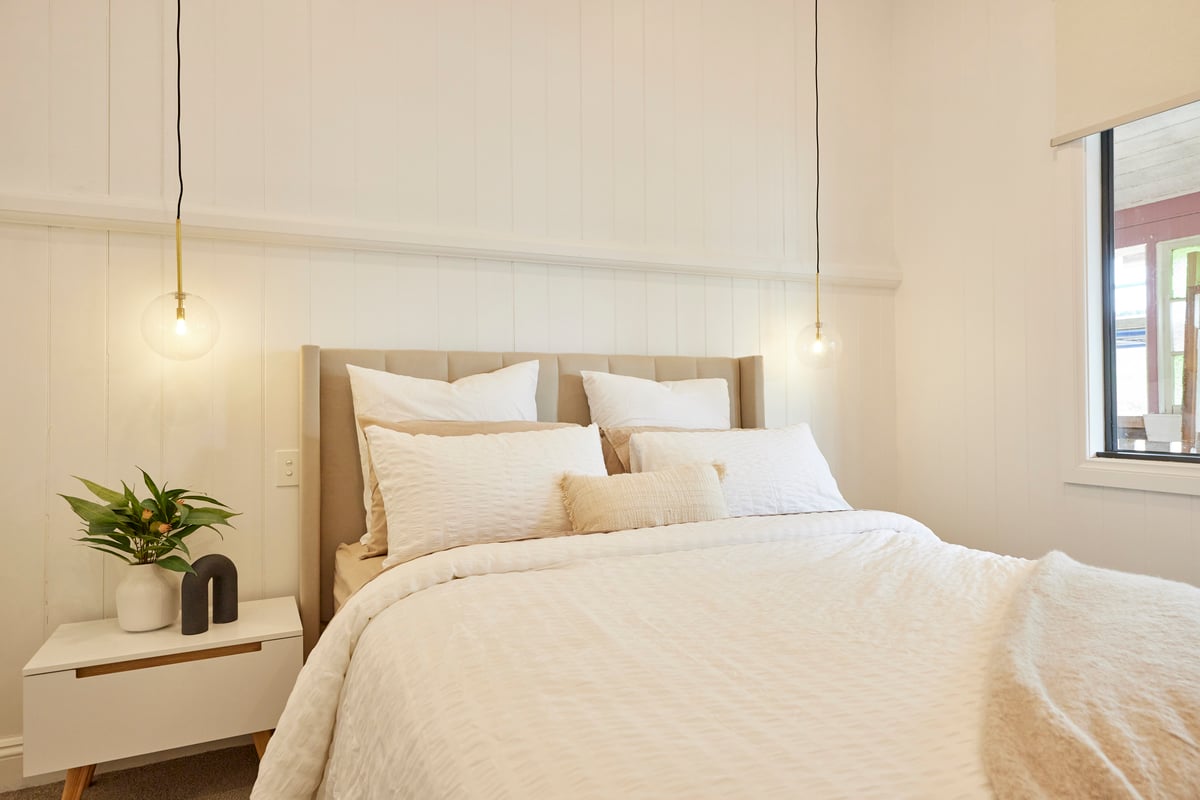 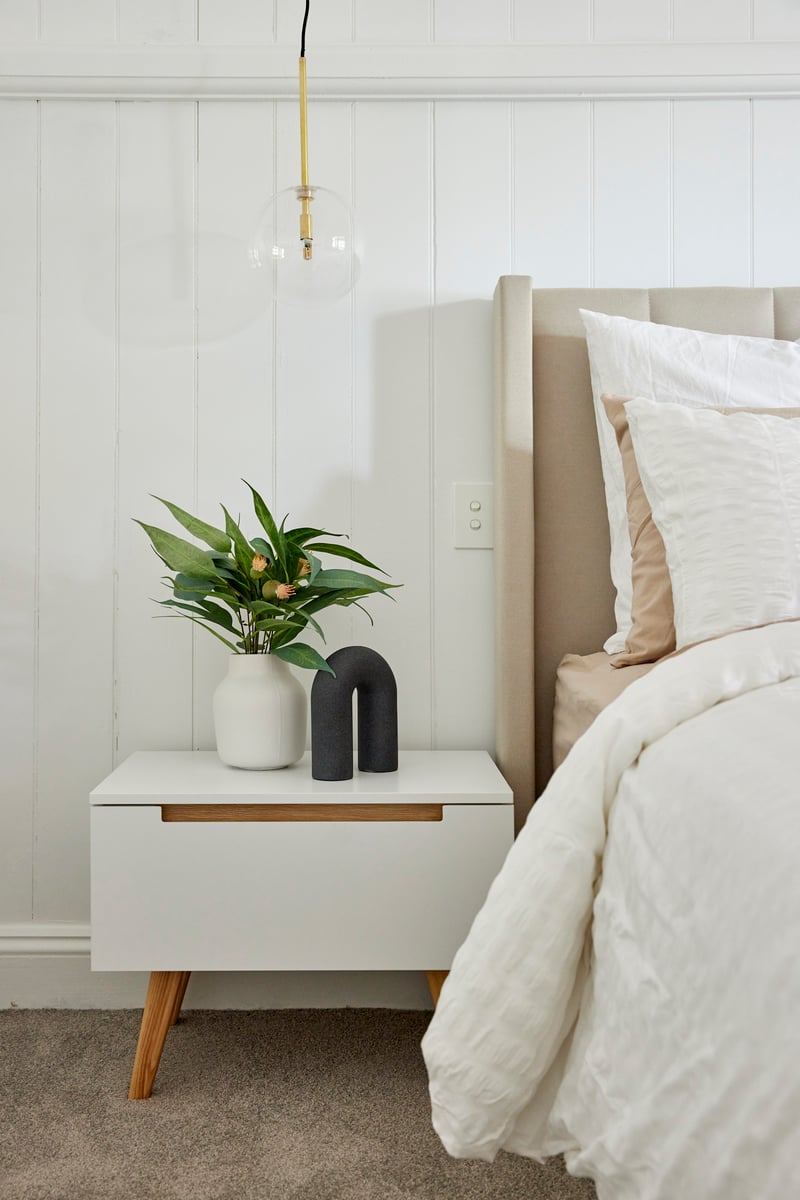 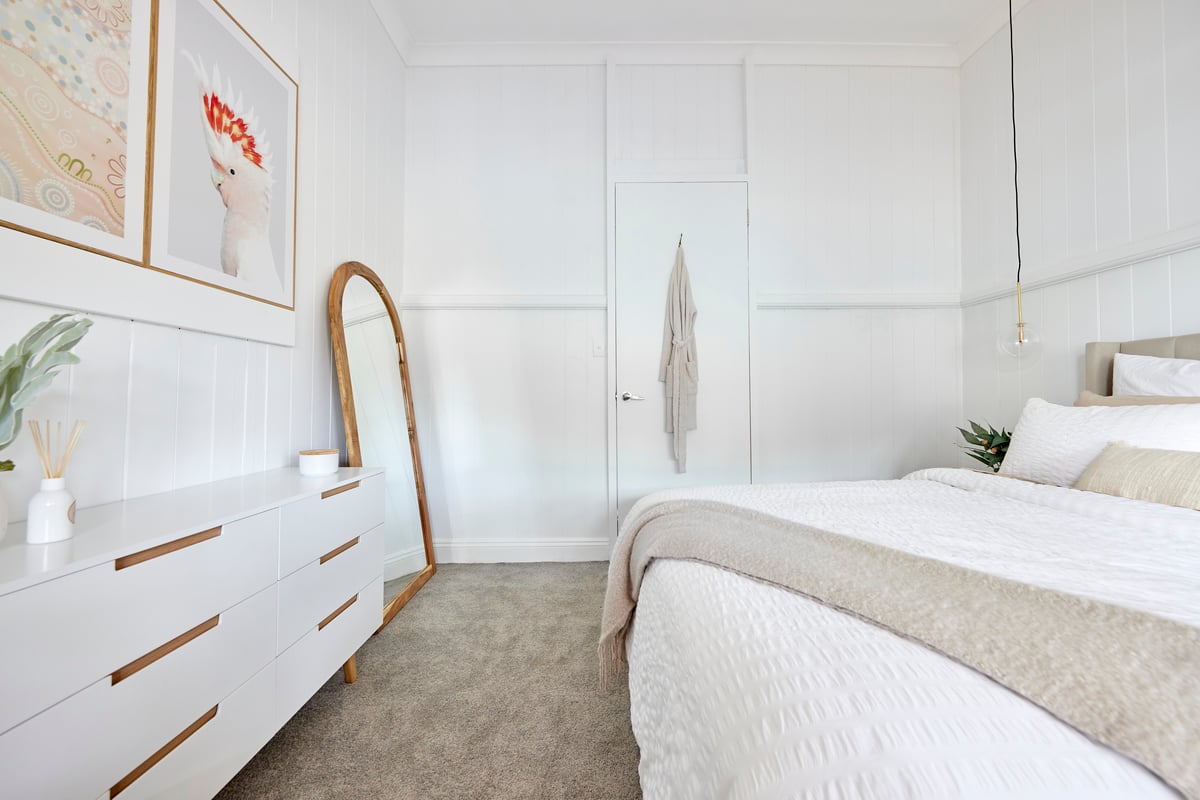 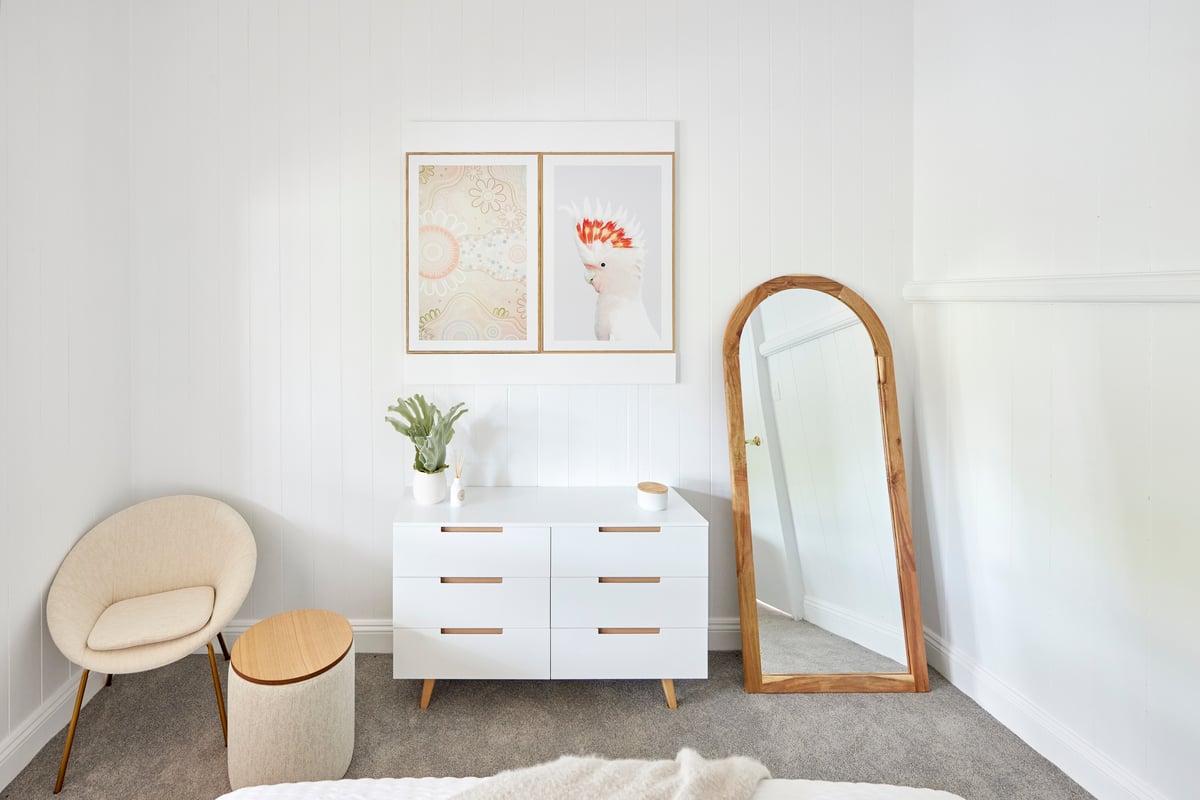 Image: Nine. The judges' scores are tallied, and Tom and Sarah-Jane win.

With the top points in the challenge, Tom and Sarah-Jane have won the ability to decide which home they will renovate.

Tom and Sarah-Jane stayed in House One.

Omar were stuck with House Five.

Reply
Upvote
I haven’t watched any of The Block at this stage, so my thoughts are based solely on the photos provided here. The only one that I like is Tom and Sarah’s room. They have honoured the heritage, respected that it’s a country setting home + using the shade of green that they chose, is a relaxing one for a bedroom, whilst also bringing in the aesthetics of nature. I don’t like the boys room as it seems very bland, lacking depth and colour. The Bondi pairs room doesn’t translate a peaceful bedroom retreat in the countryside. I don’t understand having 5 or 6 vases clustered on top of the ledge above the bed. The other house with the green walls + beams, I’m on the fence with. The concept is fine but the beams seem very chunky given it’s a flat ceiling. If was a cathedral ceiling then perhaps the beams would make more sense. Dylan + Jenny’s isn’t too bad. Perhaps an armoire would suit it better than what looks like an IKEA flat pack wardrobe. I’m surprised at the lack of bedside storage for most of them + the size of each wardrobe. I always thought the judges used to reinforce that bedside units are meant to be at the same height as the mattress. These all seem quite low. I imagine grabbing a glass of water in the dead of night from my bedside drawers + I’d end up plonking it down clumsily due to them being too low. Mind you, I’d never be able to do one room in the time frame they have, regardless of how many trades are supporting them. Normally the first room challenge is based on a limit of $5K.  I wonder if they will be issued a set budget for each room from now on, as a way of supporting each team to financially stay on track + eliminating the ubiquitous “we won’t finish, we don’t have any money” cry that is wailed out every season by about week 4.

Reply
Upvote
@pollyanna all those vases above the bed are a restless sleeper's nightmare! 😆