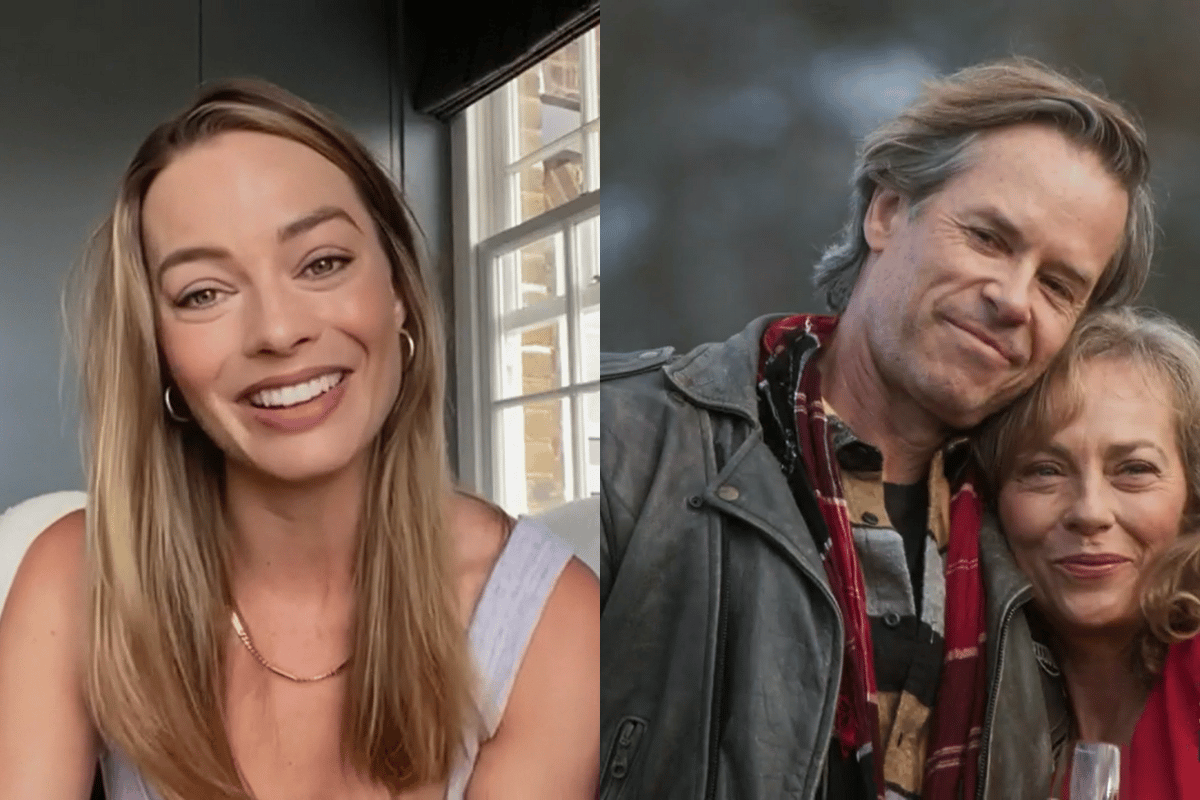 This evening marks the end of an era as the residents of Ramsay Street waved us goodbye in the last ever episode of Neighbours.

Over its 37-year tenure, Ramsay Street has become a familiar place for all of those living across Australia and the UK.

The beloved show has seen its fair share of drama including decades of deaths, weddings, births and even a few murders. But in March 2022, the production company behind the show announced it was all coming to an end.

The announcement came with the news that the UK's Channel 5 was dropping the Australian soap from its lineup.

Watch this clip of the Neighbours cast. Post continues after video.

Producers of the show said in an announcement that while they were "so sorry", they had "no option but to rest the show".

"We are so sorry to say that after nearly 37 years and almost 9,000 episodes broadcast, we have to confirm that Neighbours will cease production in the summer," the statement read.

"Following the loss of our key broadcast partner in the UK and despite an extensive search for alternative funding, we simply have no option but to rest the show."

Action-packed with emotion, cliffhangers and an endless amount of returning stars from years gone by, Neighbours certainly did not leave a dry eye throughout the nation this evening.

Here are the biggest moments that went down during Neighbours' final episode (including just a bit of gossip as well).

McLachlan, who played Henry Ramsay from 1987 to 1989, criticised the show for being shunned from the big send-off. Two years ago, the star was charged (and cleared) with sexual assault charges, and went on to say "cancel culture" deprived him of saying farewell.

McLachlan's on-screen sister Charlene (played by Kylie Minogue) and stepfather Harold Bishop (played by Ian Smith) were part of the final episode. Even the actor's on-screen late mother Madge (played by Anne Charleston) made a cameo as a ghost. 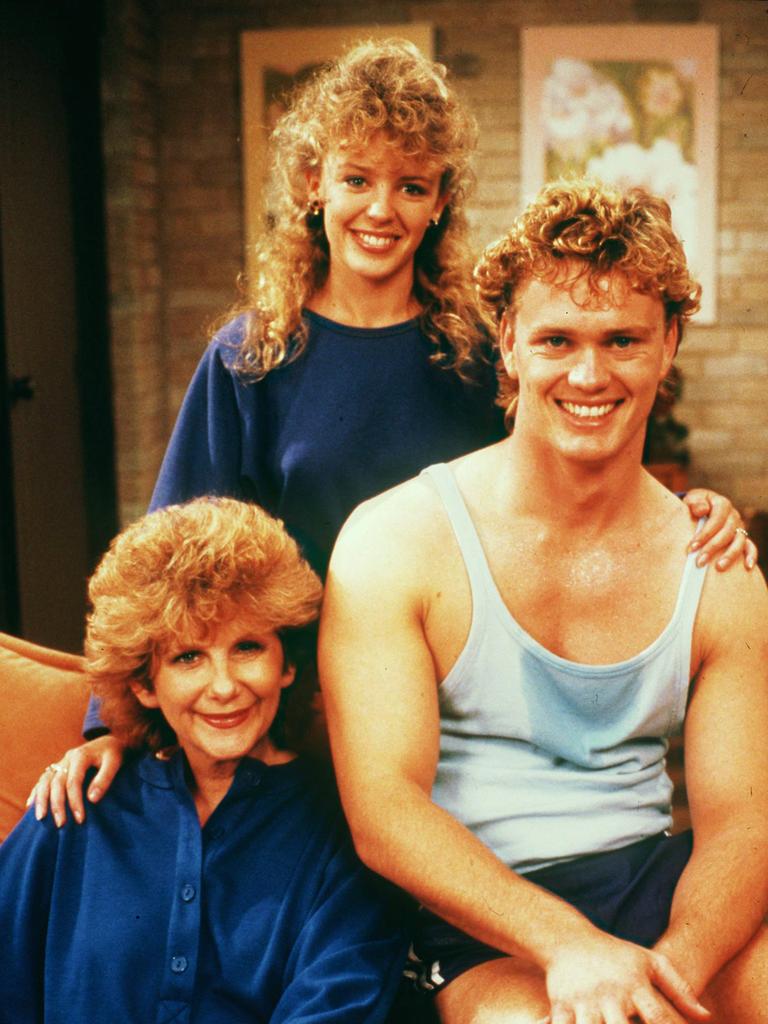 "Henry’s dead mother is being reincarnated for the final episode — but cancel culture won’t allow her son Henry to appear or even be acknowledged,” a spokeswoman for McLachlan told The Sun.

"What Craig and his partner have endured over the past four-and-a-half years — only to come out the other side and be confronted by, among other things, the attempted permanent erasing of his part in Neighbours history — is devastating."

The spokesperson went on to say: "Craig was not invited to take part in the closing episode or indeed to contribute in any way to the end of Neighbours.

"Henry was, and continues to be, an all-time Neighbours favourite, a character Craig loves to this day. Craig happily and enthusiastically contributed to a number of Neighbours celebratory milestones over the years and was always so thrilled to be invited to partake." 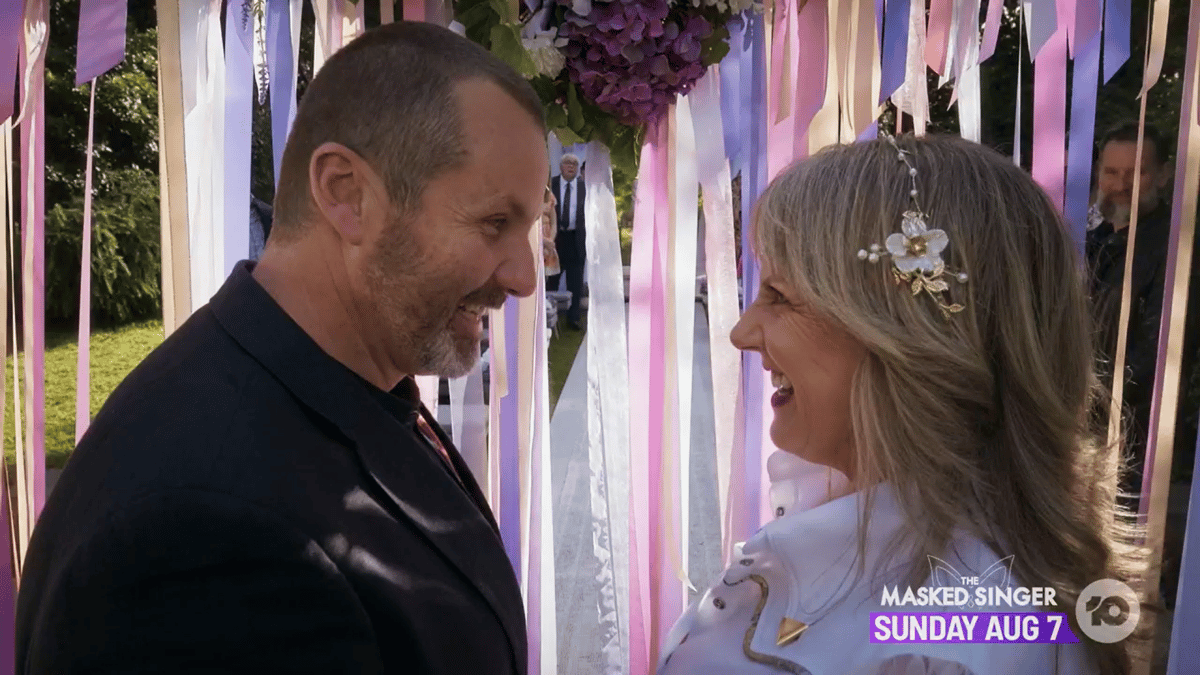 Toadie Rebecchi (Ryan Moloney) finally ties the knot – and it's fourth time lucky for him.

In tonight's finale, Toadie wed Mel (Lucinda Cowden). Viewers were understandably nervous considering Toadie has been unlucky in love in the past. It started when he drove his bride Dee (Madeleine West) off a cliff on their wedding day.

Then there was Steph Scully (Carla Bonner) – but it was later revealed that their marriage was a ruse to cover up a pregnancy.

Toadie then went on to find Sonya (Eve Morey), but their wedding was interrupted by an explosion. She would later die in his arms.

Thankfully, everything went smoothly this time around.

Annie and Mike are getting back together (we hope). 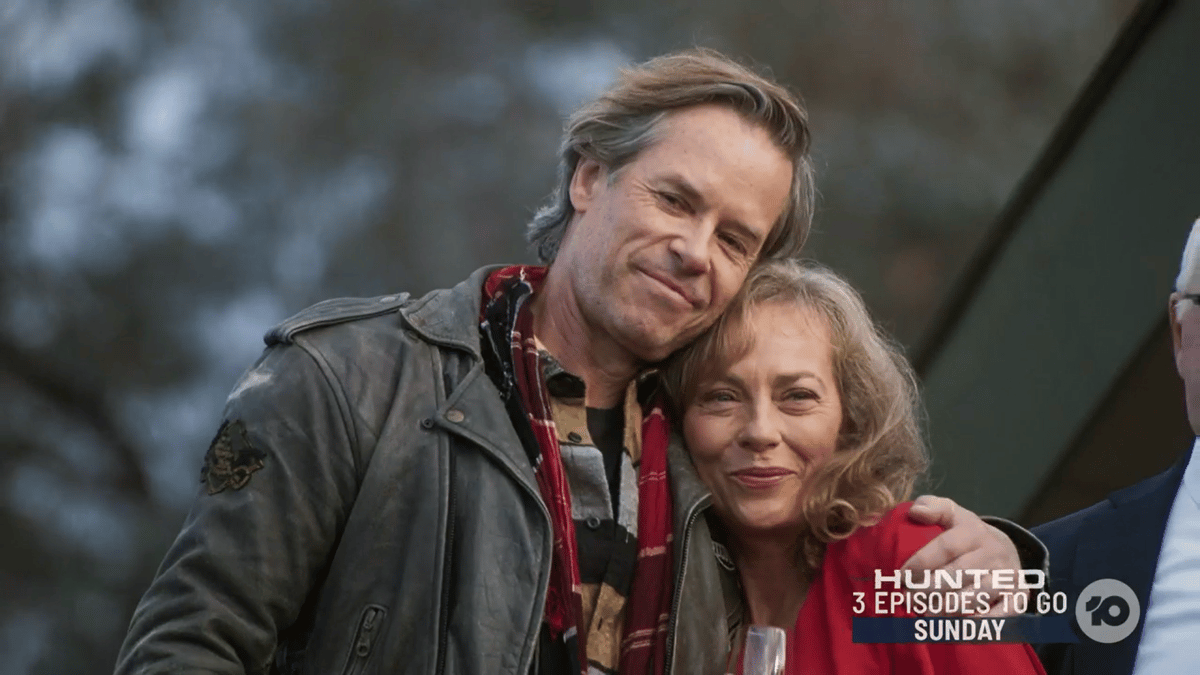 After Jane (Annie Jones) broke up with Clive (Geoff Paine), he tried to apologise in none other than a... gorilla costume. He delivered a pretty emotional (and corny) speech where he apologises for cheating on Jane. However, things take a turn when Mike (Guy Pearce) comes back. Throughout the episode, it was hinted the pair would rekindle their romance after all these years.

Mike later in the episode revealed he plans to buy a house on Ramsay Street... and also admitted his love for his long-lost love, Jane.

“Jane you were the first person I wanted to see when I came back here,” he said. “The reality is I’m still in love with you – probably more now than I used to be.”

“I realise it’s a bit much, but if I was here, we could take things slow and just see how it goes.”

We can only hope that in the Neighbours universe, this romance lasts. 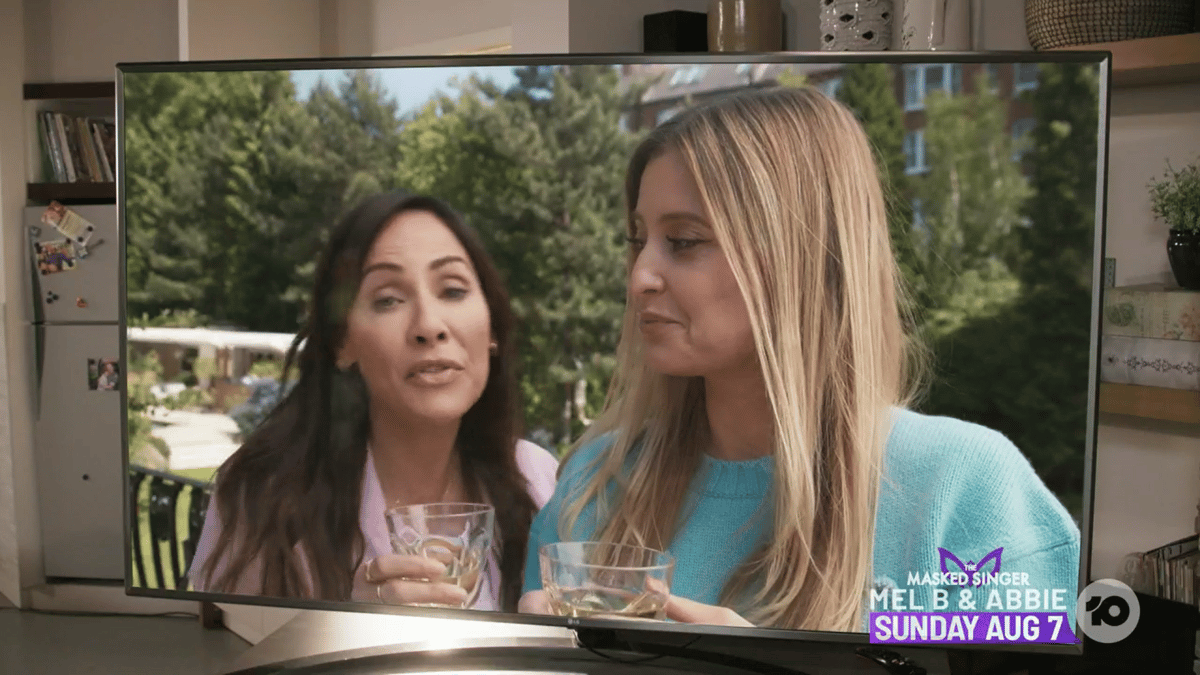 Neighbours gave us one heck of a surprise when they showed us Beth Brennan (Natalie Imbruglia) and Flick Scully (Holly Valance) meeting on a bench.

Beth planned a return for Toadie's wedding, but instead, she appeared with Flick in a video for Toadie.

Terese and Paul are back together, baby! 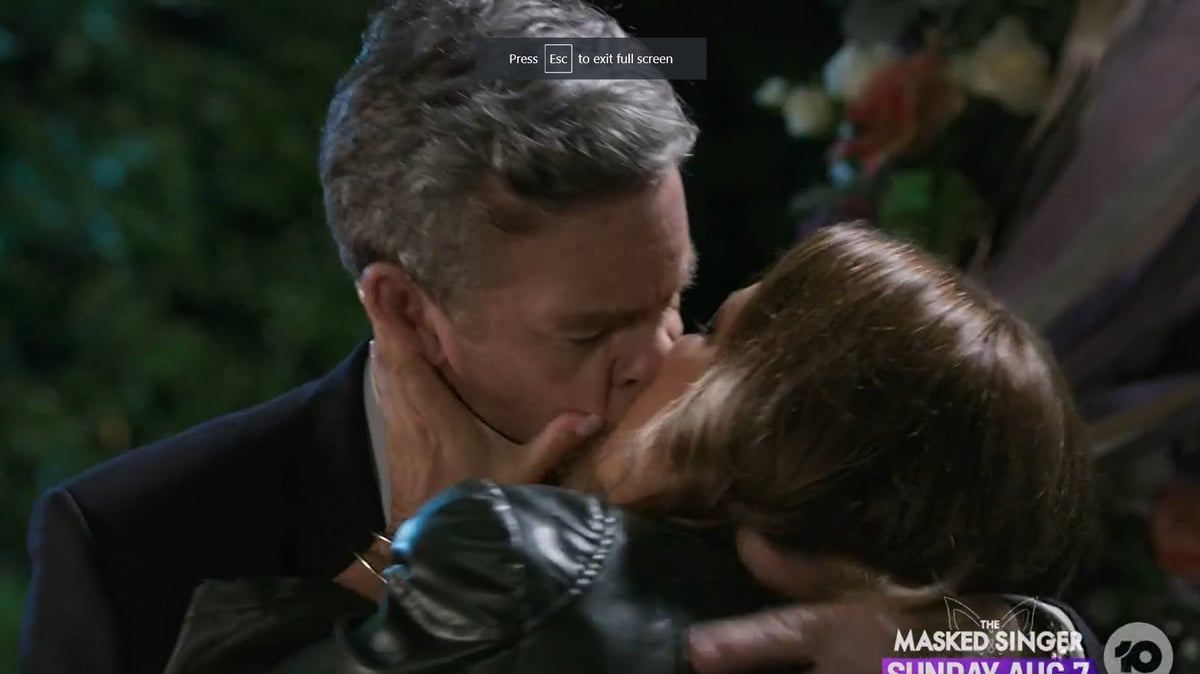 Terese admitted to Paul that she is in love with him, and he admitted he felt the same!

"I accept you for who you are – I may not always like you, but I love you. I tried to move on – I really did. But I can’t. You’re it for me," Terese told Paul, and hard relate honestly.

It also means Paul is staying on in town!

Kylie Minogue rolls back into town. 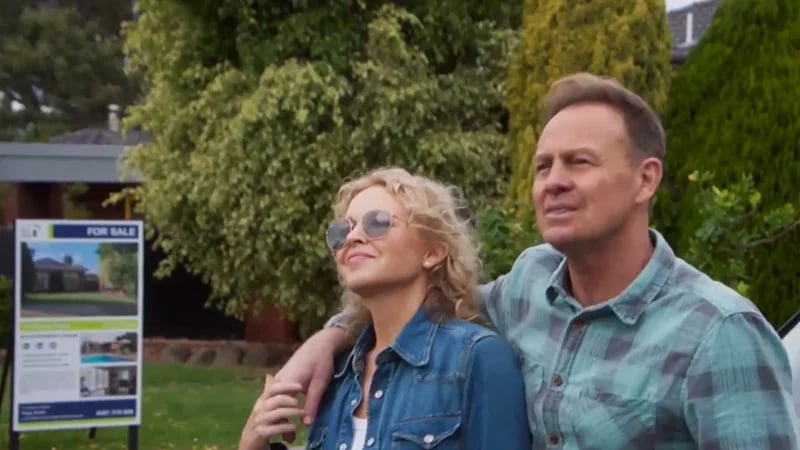 Kylie Minogue made her long-awaited return to Neighbours, coming back as Charlene Mitchell on the soap. She left in 1988.

She really only uttered three words, but they were key. “Home sweet home,” she said, alongside her husband Scott (Jason Donovan). They came back in the same Mini Cooper vehicle that they left the show in.

Celebrities return via an emotional call.

During the final episode, we saw a number of past residents of Ramsay Street come back on the show in an effort to convince Toadie to stay on Ramsay Street. 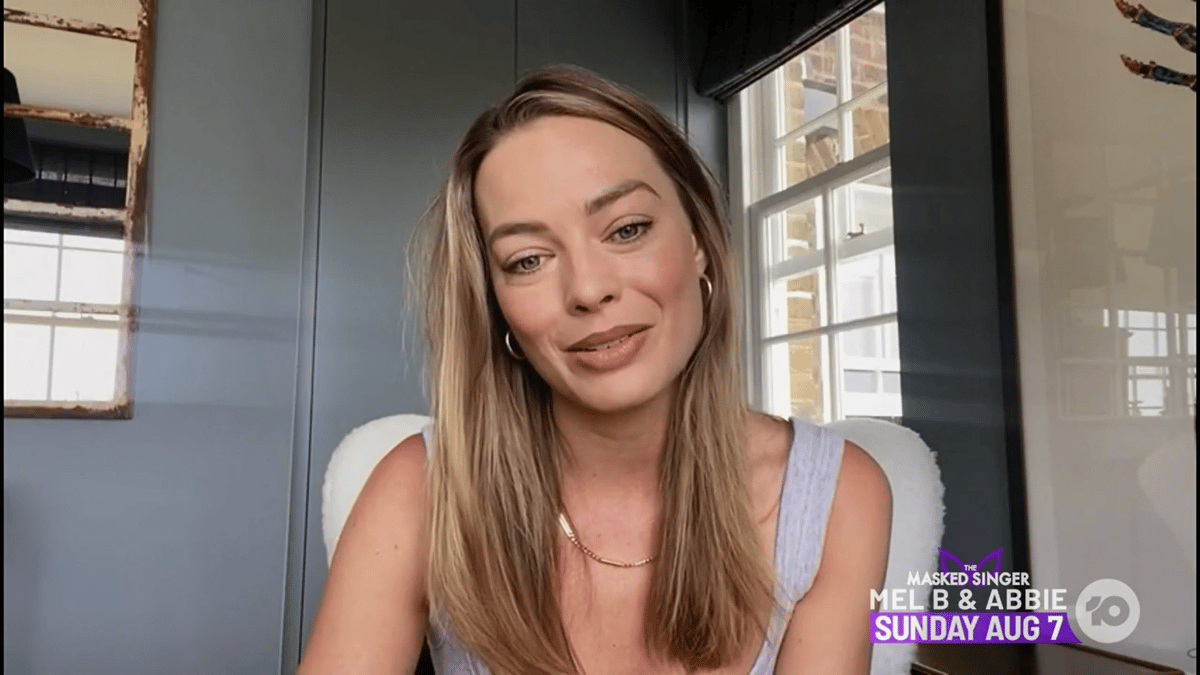 “Have an amazing wedding day Toadie, I love you so much,” said Robbie, in a reprisal of her role as Donna Freedman.

...Also, Toadie announced he was staying on Ramsay Street. So the video calls worked! 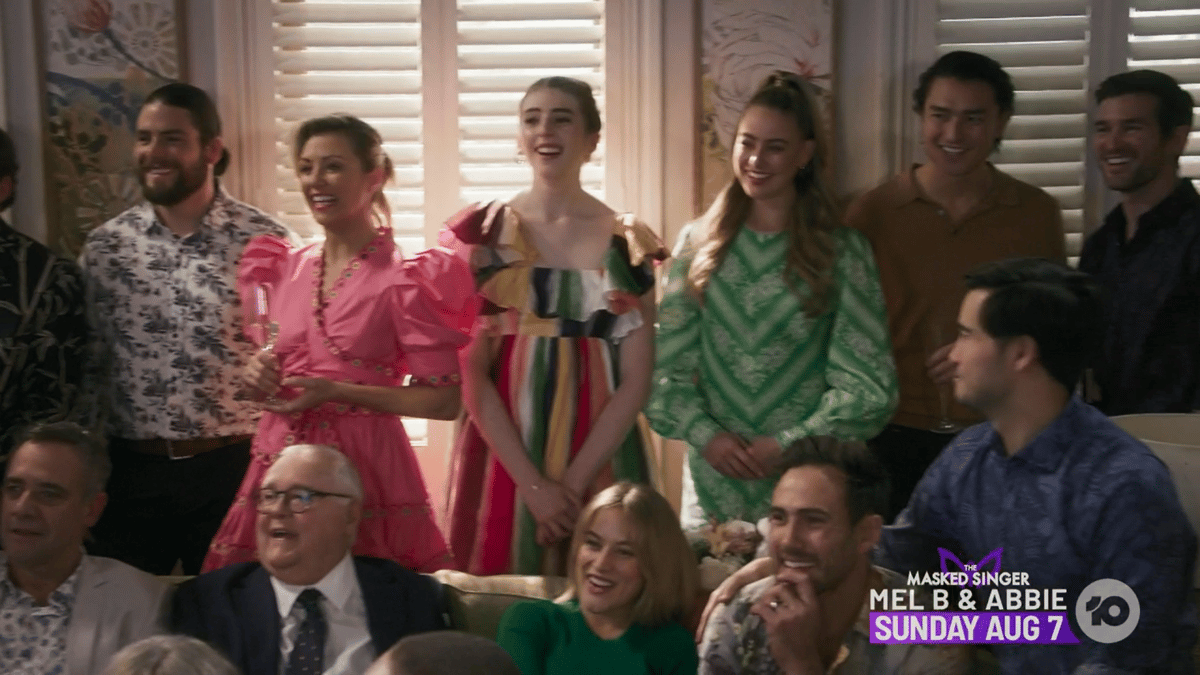 We get a blast from the past with deceased Ramsay Street occupants.

We saw a few blasts from the past in the Neighbours finale too.

The 'ghosts' or 'spirits' of some of our favourite characters who were killed off in the series came back for a final goodbye – including Rob Mills and Eve Morey. It was very nostalgic to see them back briefly reprising their roles as Sonya Rebecchi (Toadie's wife) and Finn Kelly.

The final lines of the episode were spoken by none other than Karl and Susan. 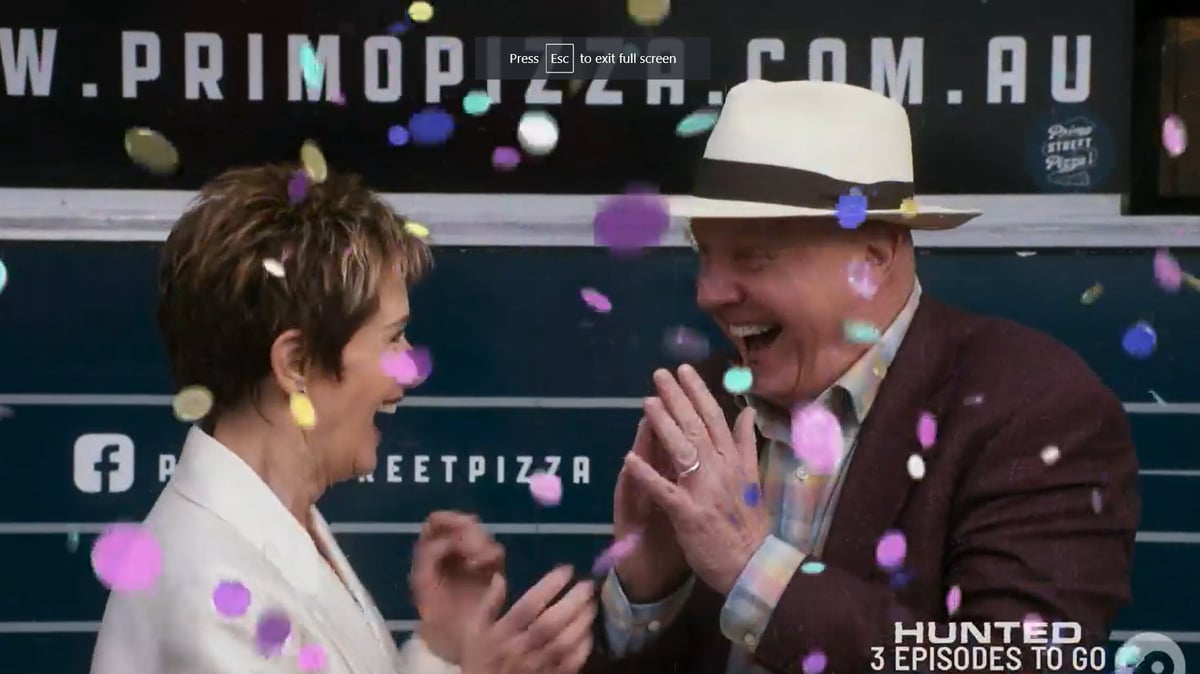 To end the emotional episode, Karl and Susan Kennedy – Neighbours' veteran occupants – said the final lines. And we like to think they said it best:

"Susan? Where were you just then?" Karl asked his wife while she stared into the crowd of people on Ramsay Street.

Her response was simple: "I was home."

We will miss you Neighbours.