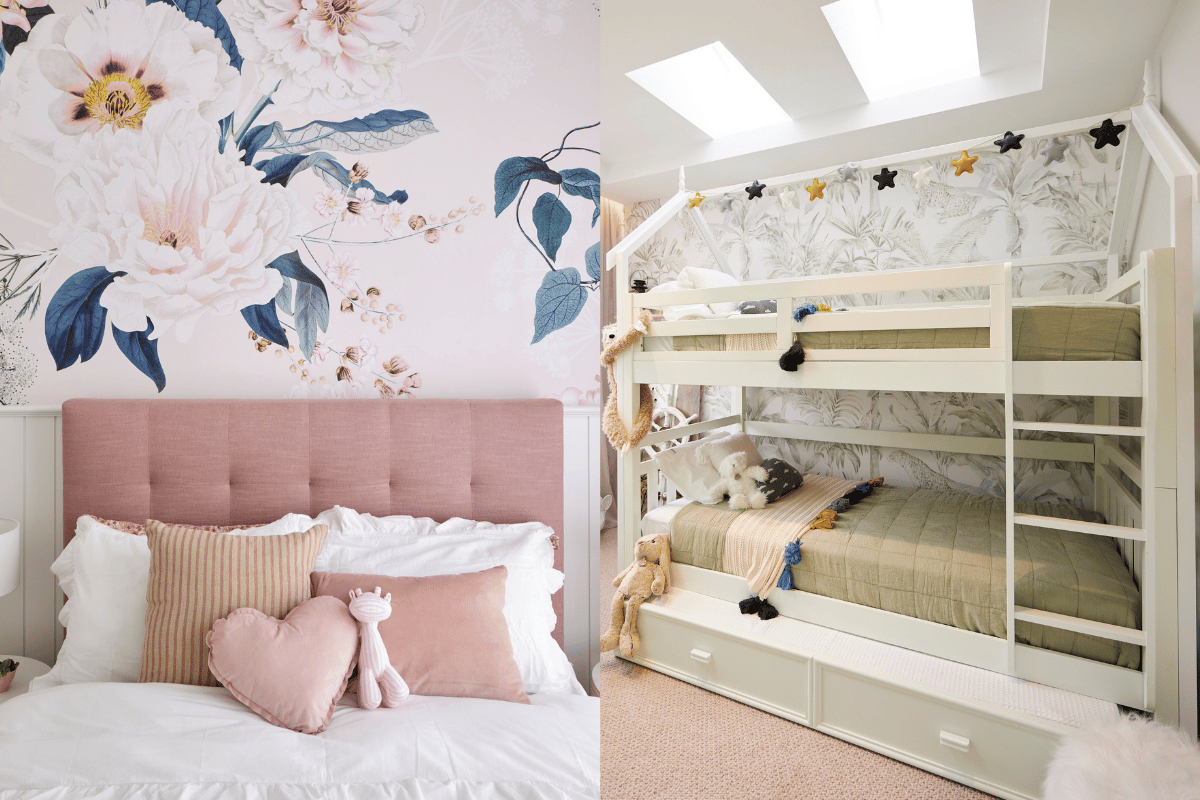 It's time for another week on The Block.

The Blockheads have been renovating for 45 days, meaning they are officially halfway through the competition.

This week, the five teams were tasked with completing their guest bedroom.

On top of their guest bedrooms, the Blockheads were also given some extra cash to 'redo' one room in their house, giving them a chance to try to win over the judges by fixing the rooms that performed worst.

Here are all the photos from The Block's guest bedroom and re-do room reveal:

First up were Perth parents Ronnie and Georgia, who spent $24,680 on their guest bedroom this week.

Upon entering the room, all three judges were impressed with the bedroom, including the styling and the colour palette.

They also loved that the guest bedroom had ample storage, which will appeal to buyers.

"It's my favourite room on The Block so far," Shaynna said.

As for their re-do room, Ronnie and Georgia decided to fix their walk-in wardrobe, which affected their score in master bedroom week.

"This is teeny-tiny," Shaynna said in master bedroom week. "I'm fairly shocked. This is probably not even enough for one person."

As the judges warned that the walk-in-robe was not big enough for a master bedroom, the couple decided to widen it this week.

After the change, the judges agreed that the room would have won master bedroom week if the walk-in-robe was originally that size. 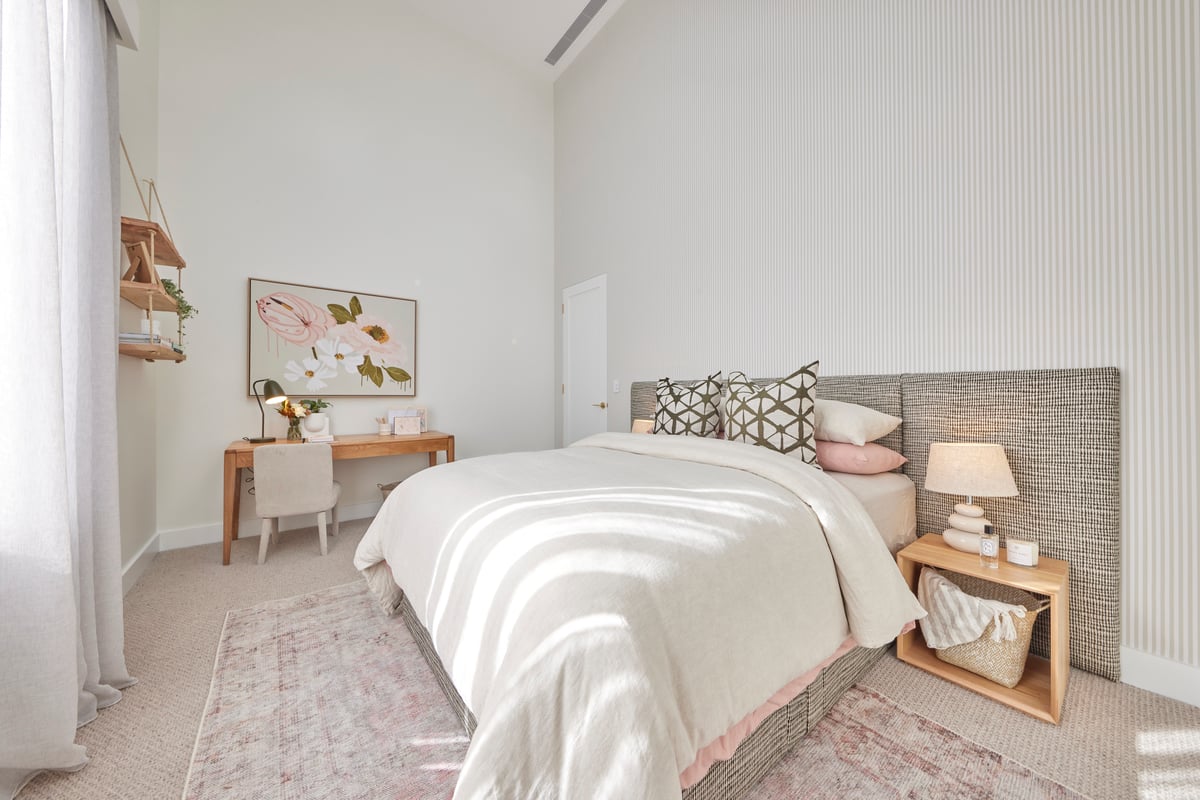 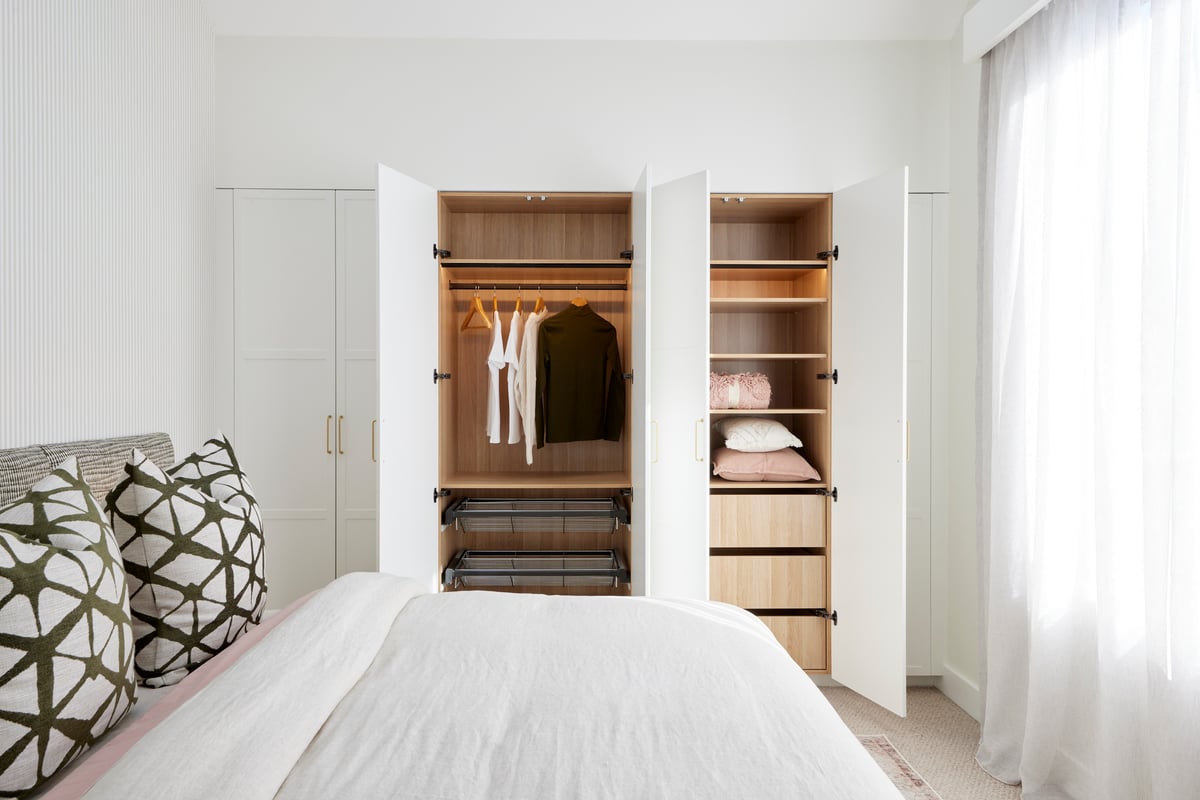 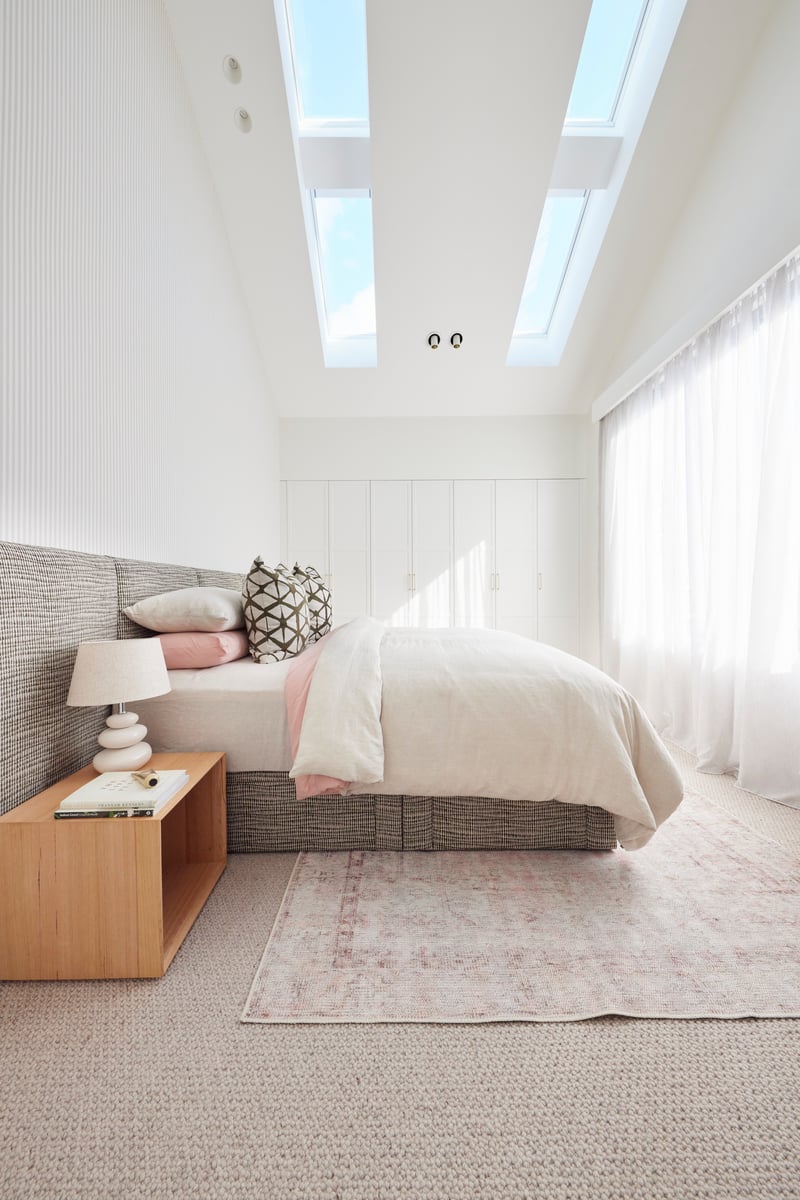 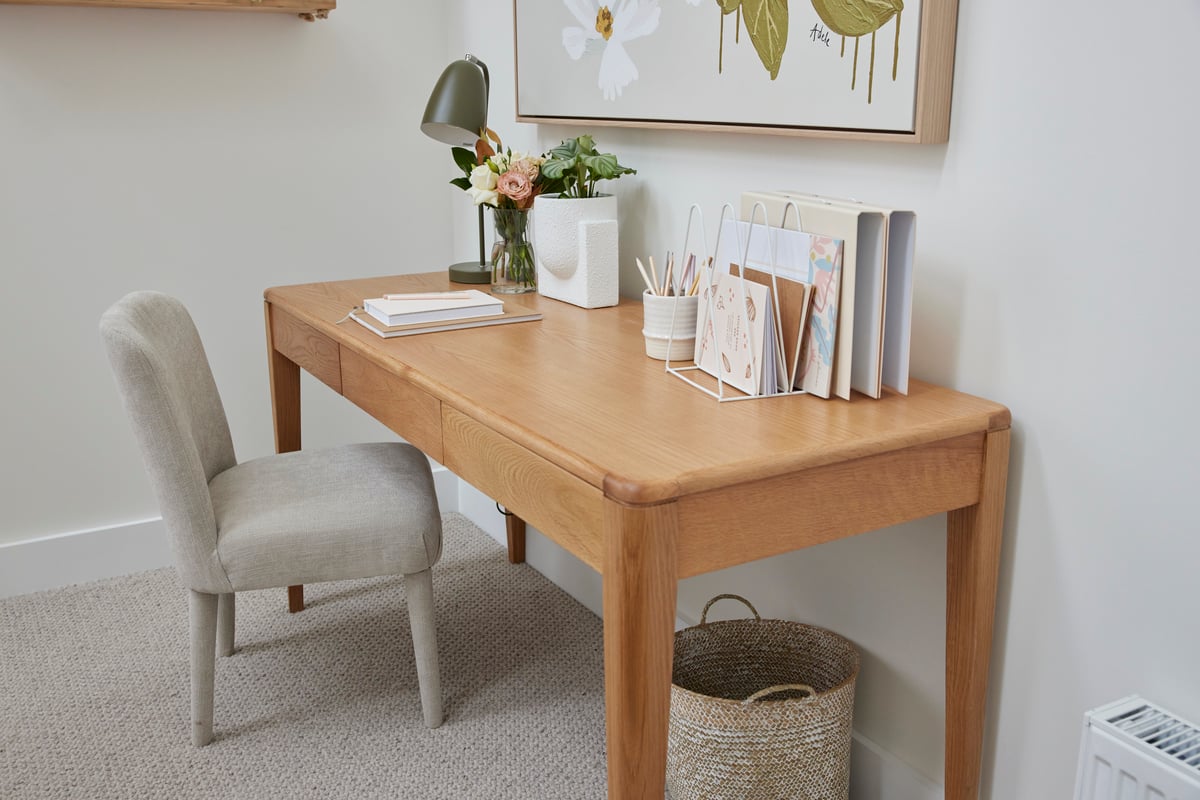 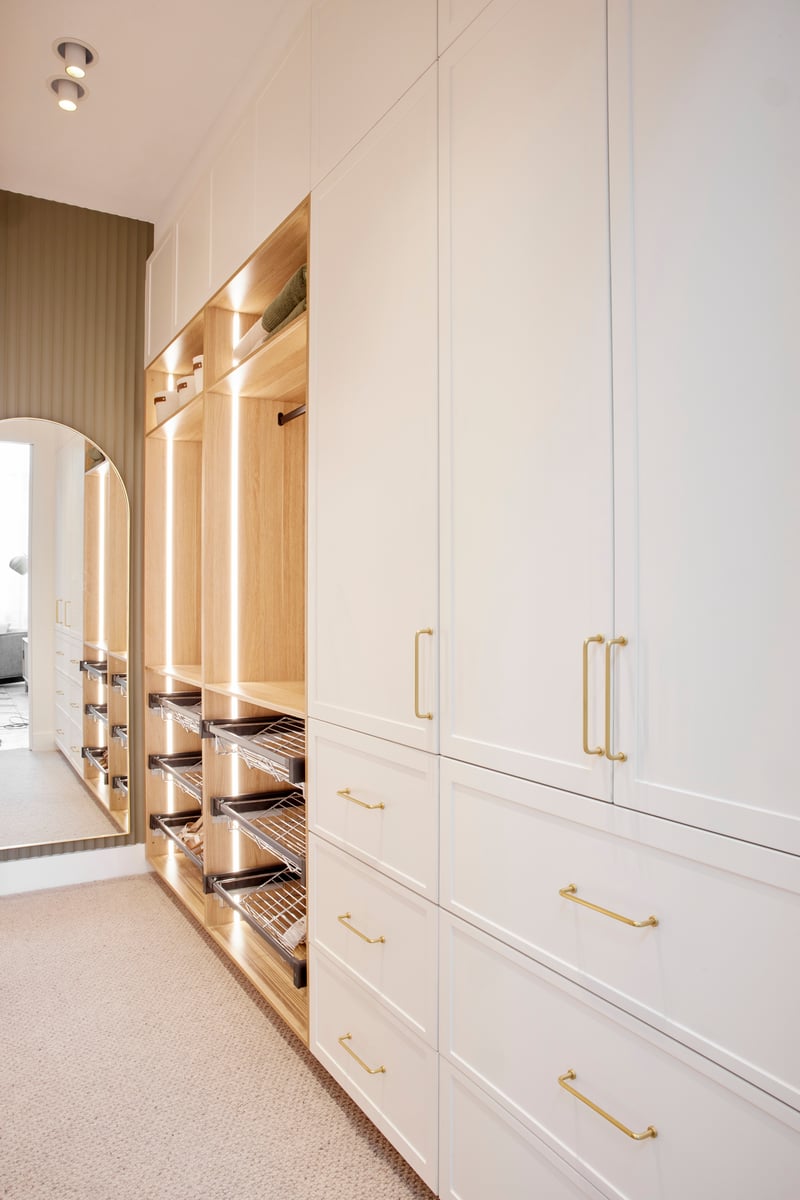 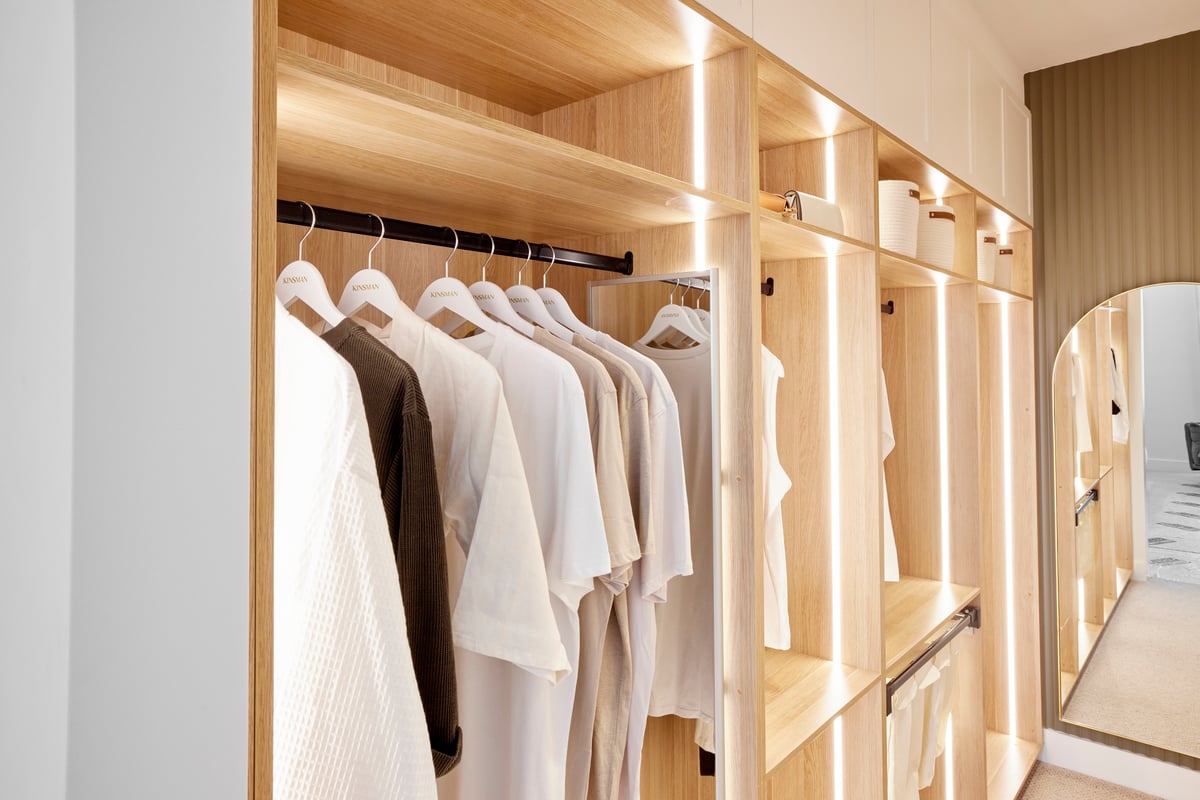 This week, Sydney couple Mitch and Mark spent $22,461 on their guest bedroom, which they turned into a "joyous" kids' bedroom.

And the judges certainly loved it.

"I wish kids' rooms looked like this when I was a kid," Neale joked.

"It's like its own little world. It's a universe for kids."

Although Shaynna loved the look of the room, she didn't like the layout of the ceiling.

But overall, the judges loved the styling and the overall "whimsical" vibe of the room.

"This is definitely going to tug at the heartstrings of buyers with kids," Neale said.

As for their re-do room, Mitch and Mark decided to update their first guest bedroom, which the judges found "generic" and "claustrophobic".

After making a few subtle changes to the bedroom, the judges thought that the bedroom finally had the "pizazz" that it was initially missing. 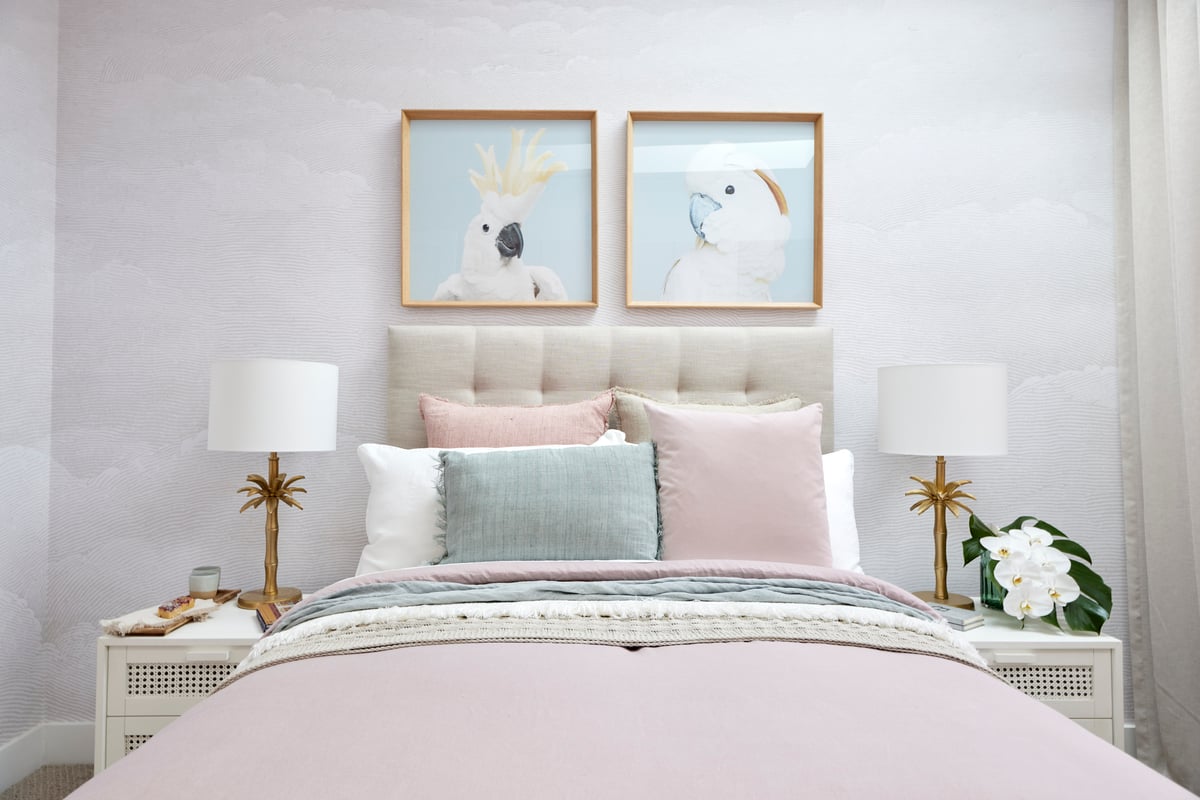 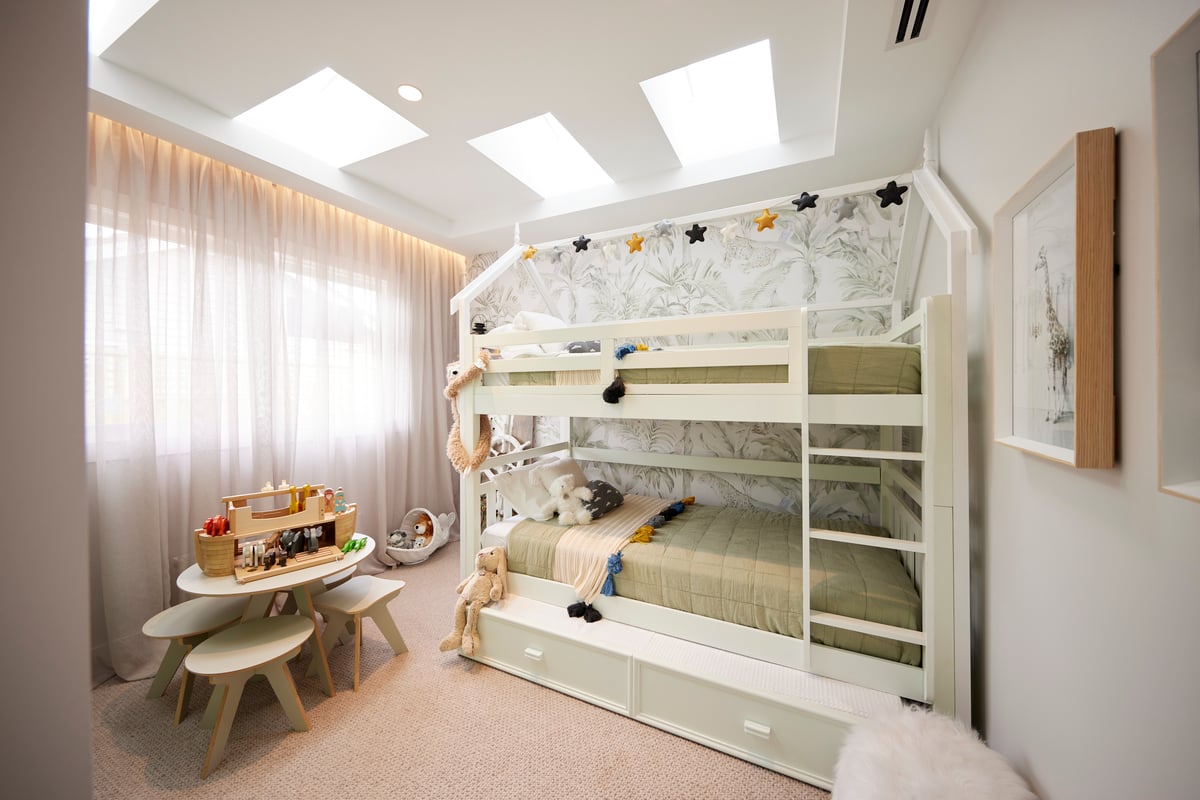 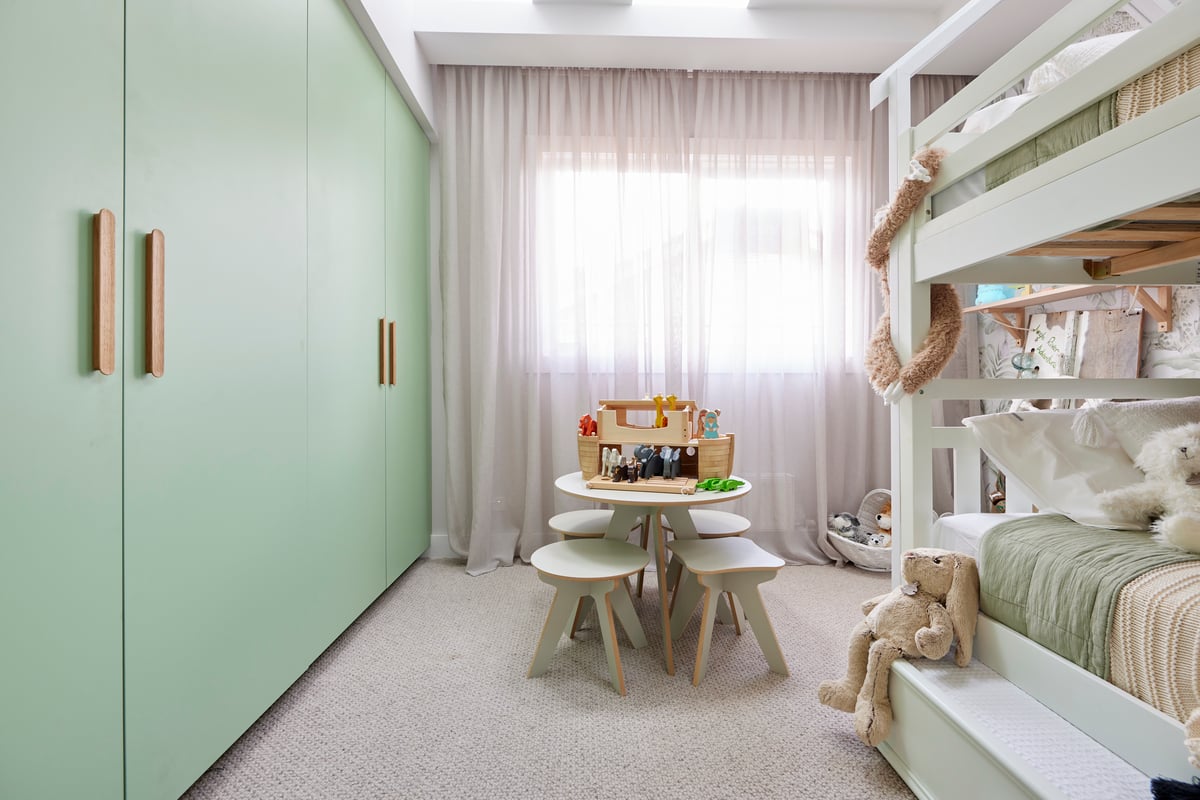 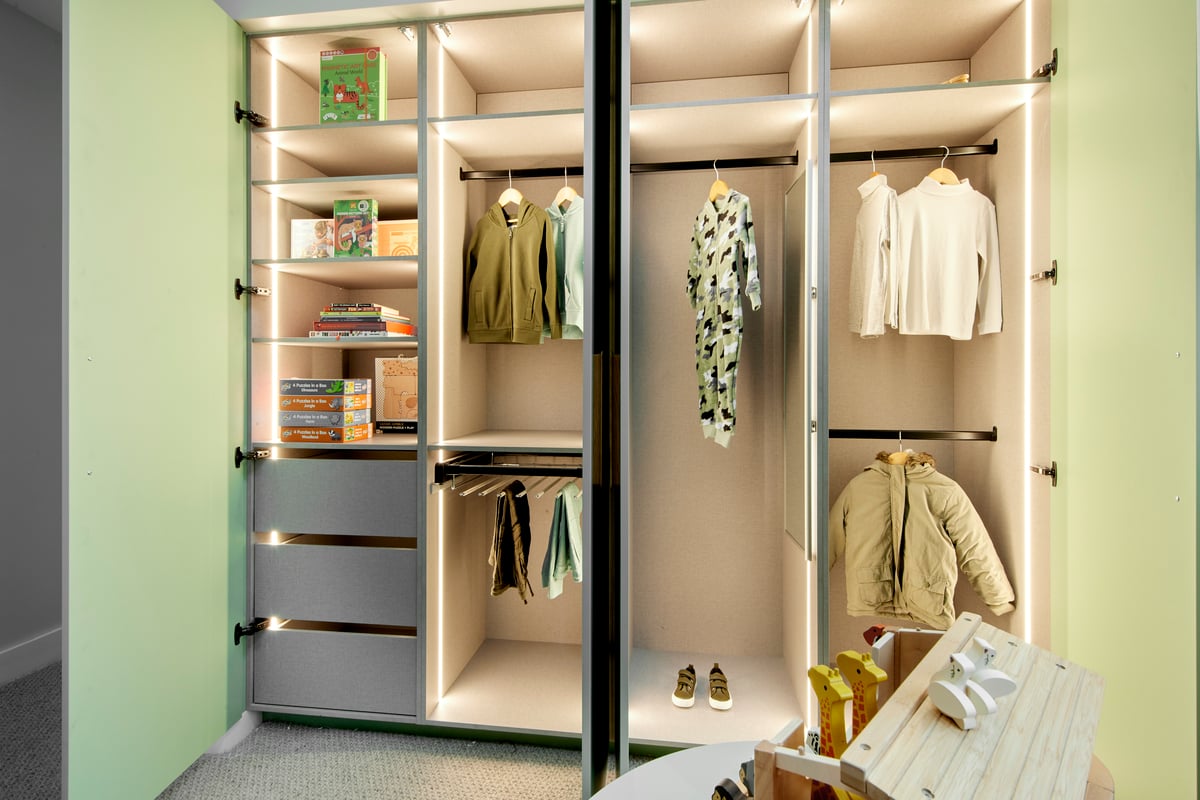 Melbourne parents Tanya and Vito, who spent $15,220 on their guest bedroom, were the next pair to face the judges.

Much like Mitch and Mark, the pair decided to deliver a kids' bedroom.

Overall, the judges loved the kids themed room and the terrazzo wallpaper.

However, Neale pointed out that unlike Mitch and Mark's kids' bedroom, the room was not super flexible for buyers who might not have children.

As for their re-do room, Tanya and Vito updated their master ensuite.

The couple divided the judges last week with their unique ensuite, which featured brown bathroom tiles.

As a result, Tanya and Vito swapped the brown tile for a more neutral off-white tile.

"This is definitely going to add value to the house." 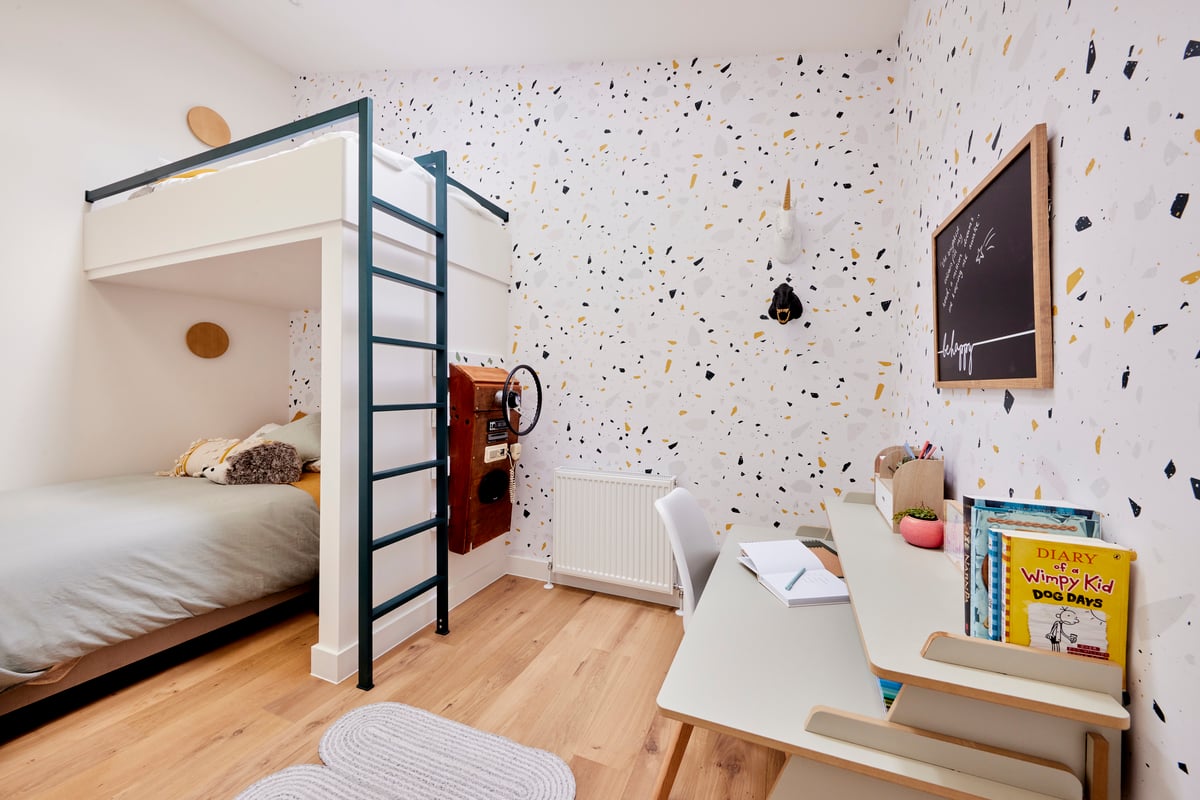 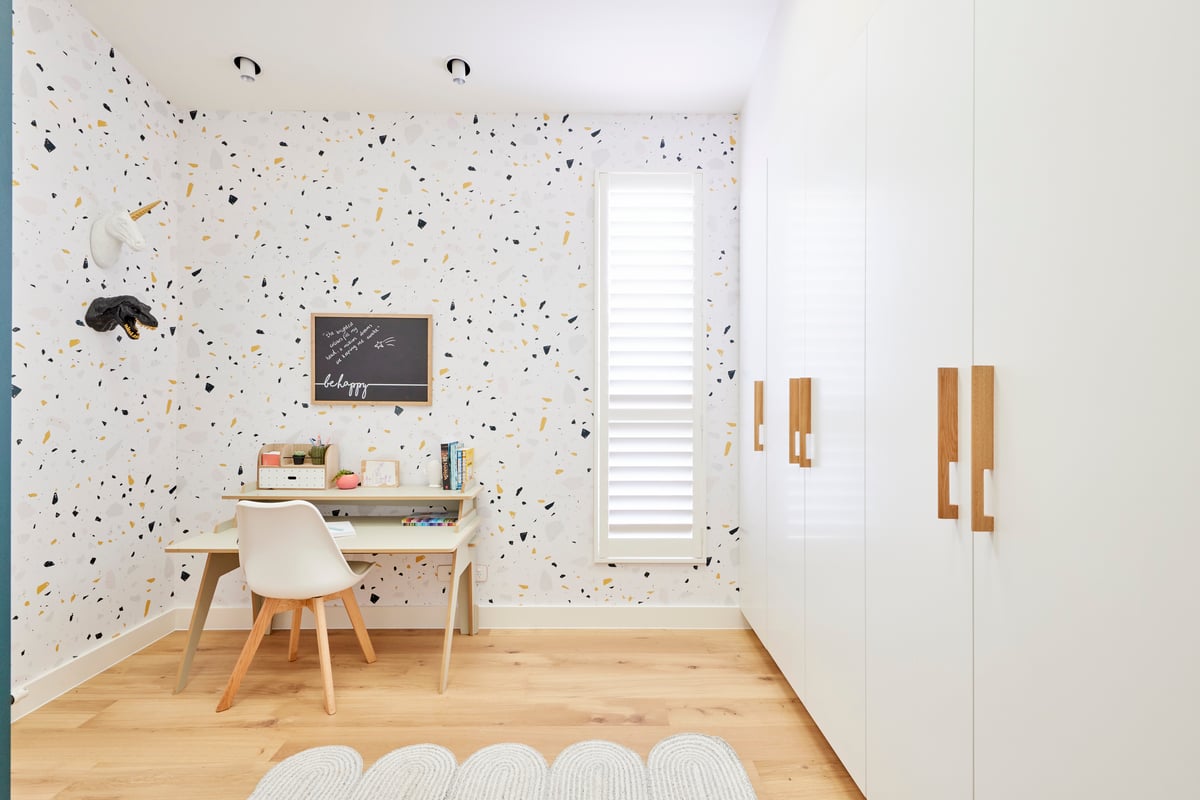 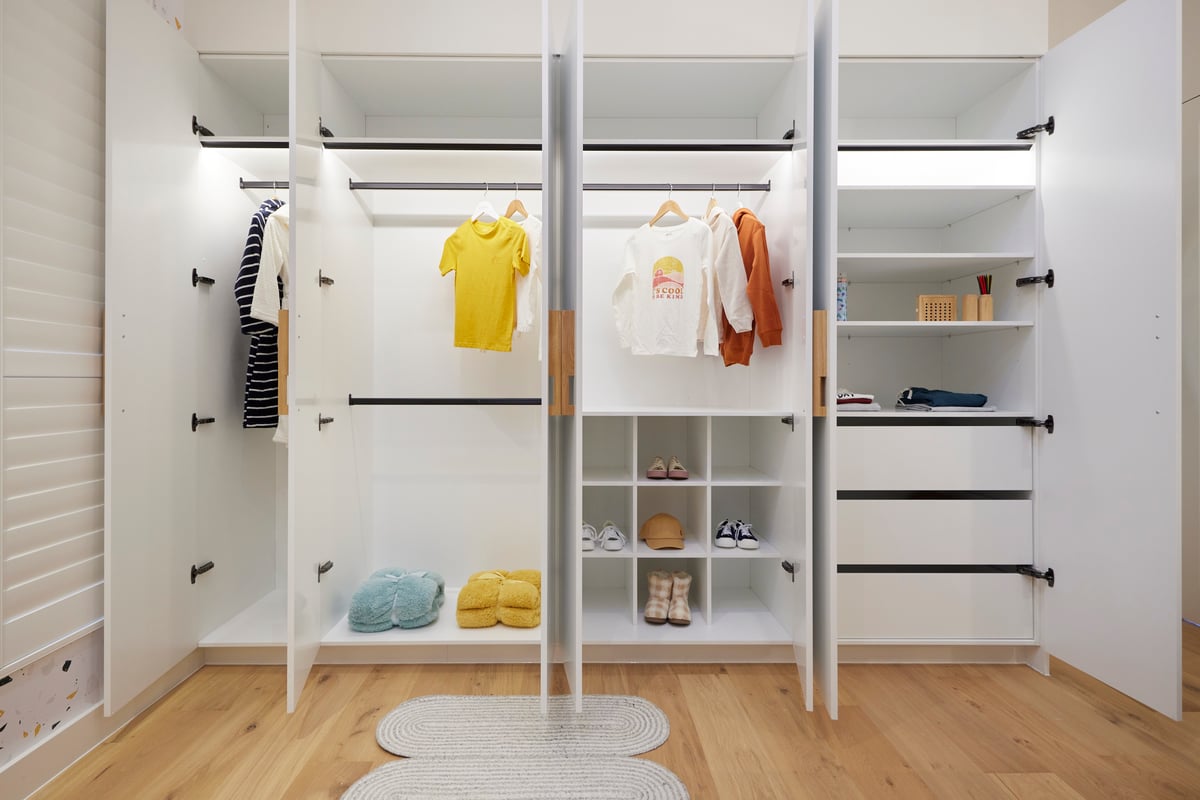 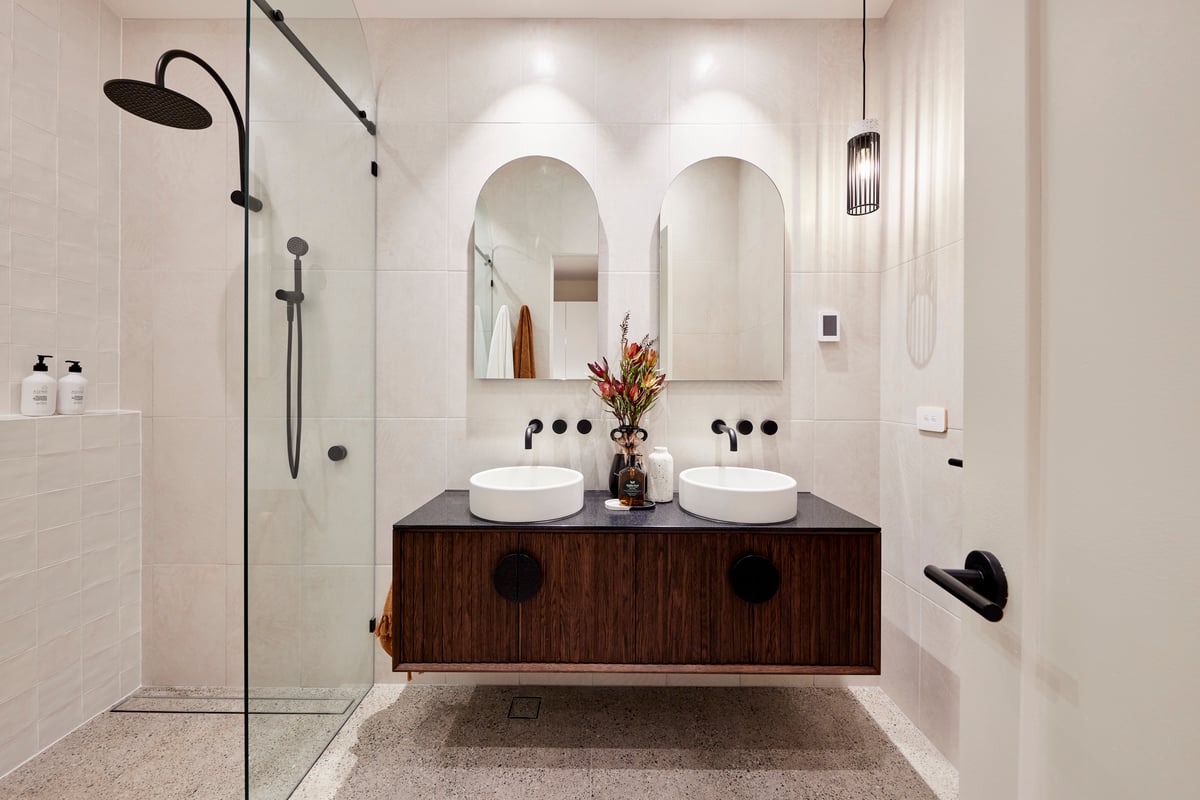 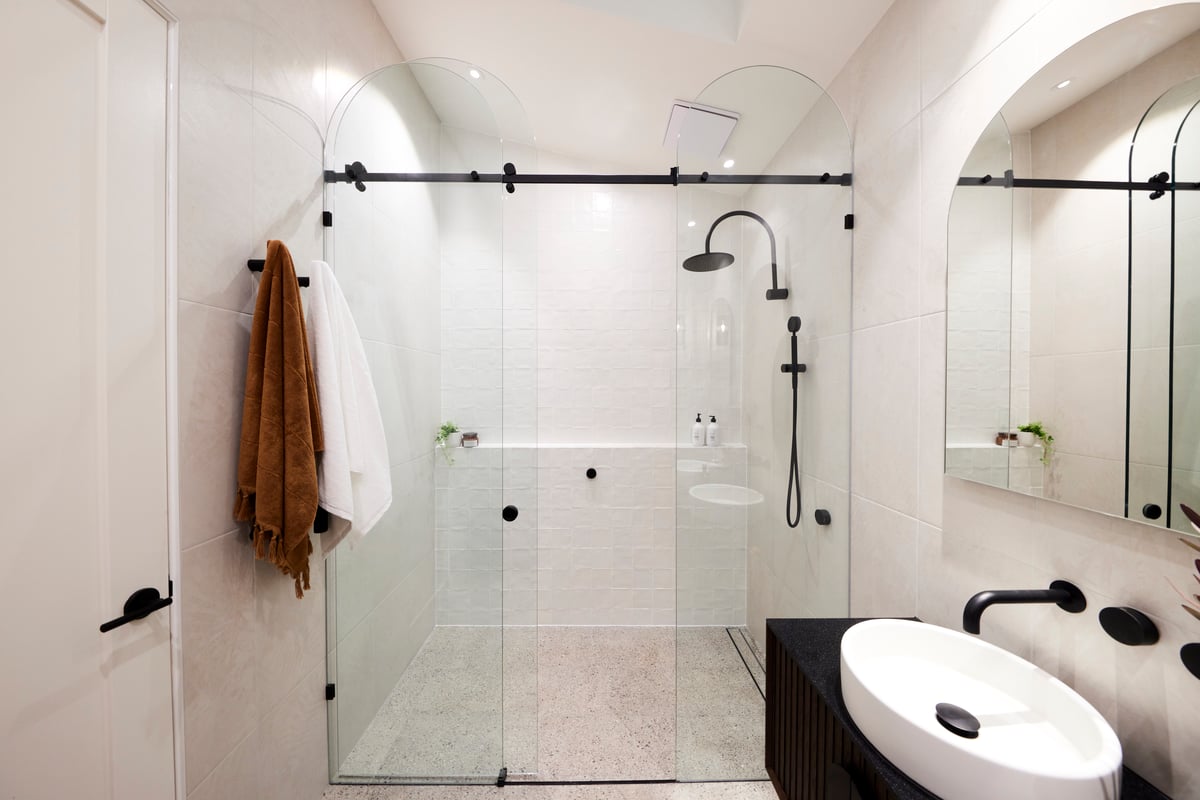 Next up were Love Island Australia's Josh and Luke, who spent $17,248 on their guest bedroom.

Upon entering the bedroom, all three judges agreed that the room wasn't... great.

"Last week was really amazing. But this is a misstep," Darren said.

"I do not know which house this room belongs in. It doesn't have any real reference point to any other bedroom in this house," he added.

Shaynna added the bed didn't go with the wall panelling or the bedside tables.

"It's not delivering to the level that this house needs to be."

For their re-do room, the twins upgraded their main bathroom, which the judges initially hated.

However, the judges thought the bathroom wasn't much better after it was updated.

"I don't feel any better in this bathroom than when I stepped in here several weeks ago," Neale added. 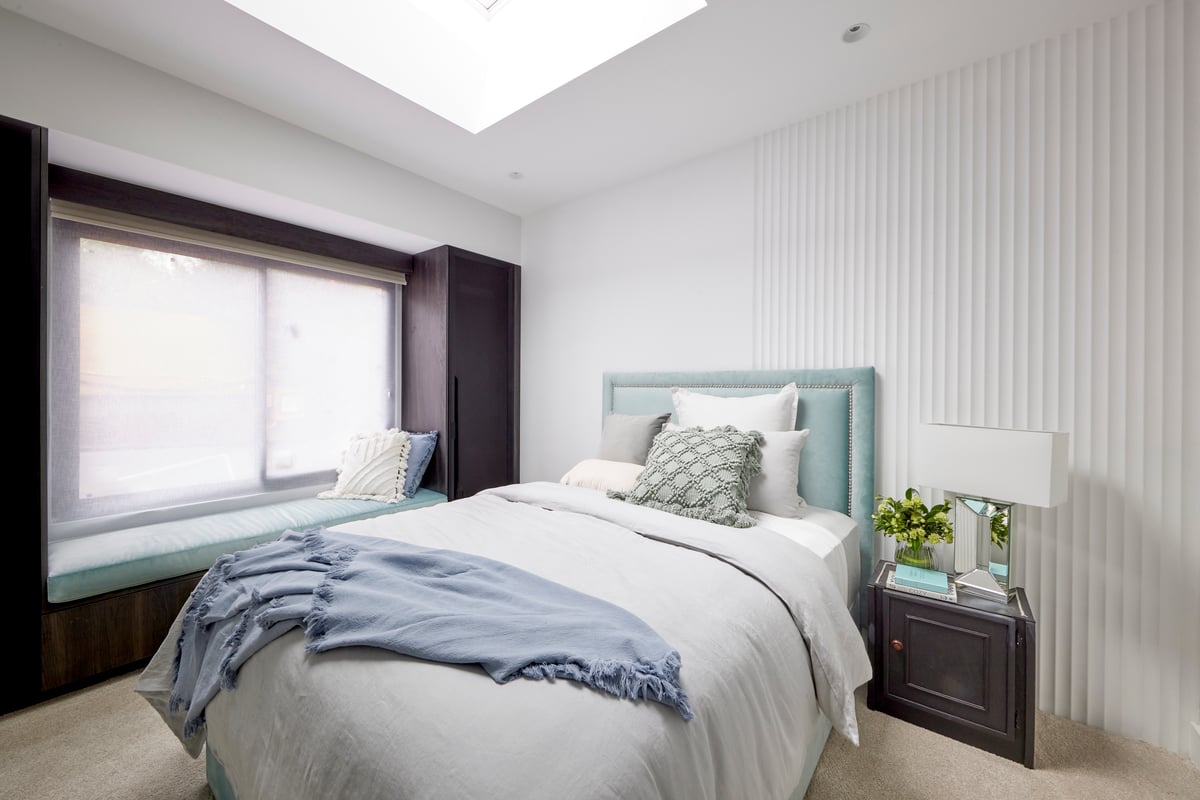 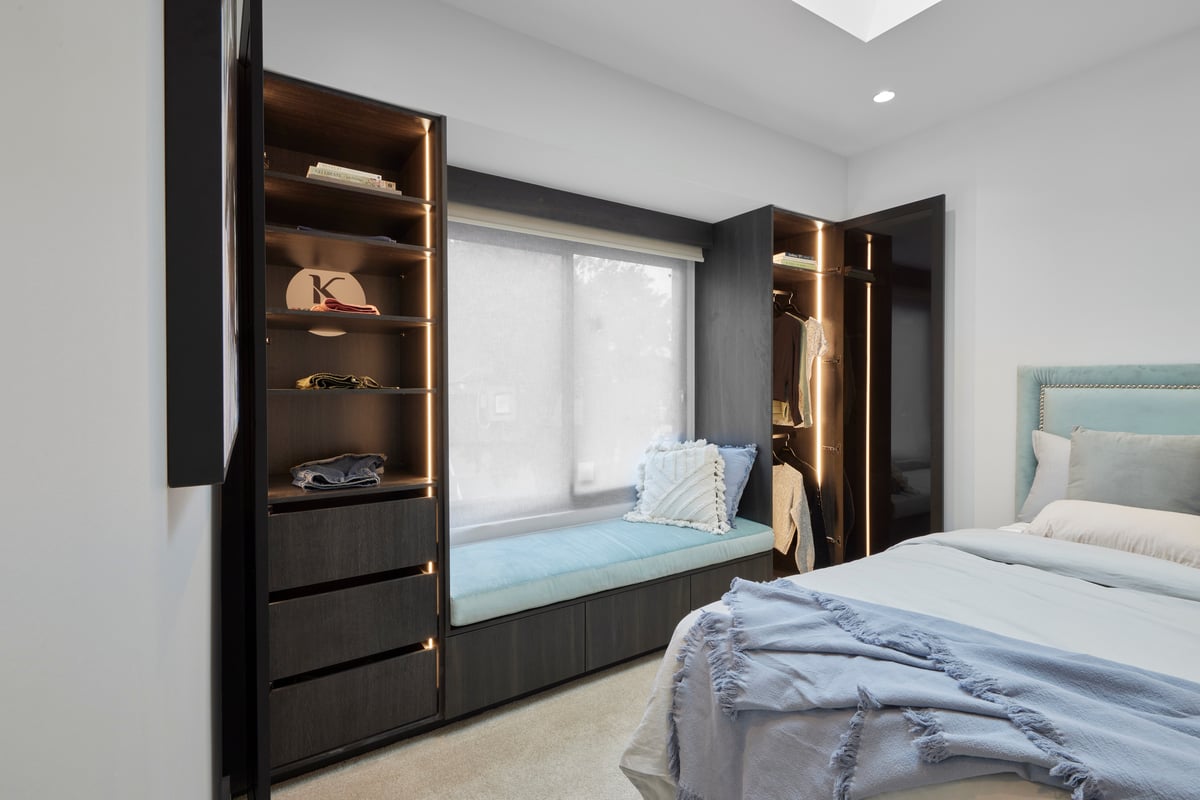 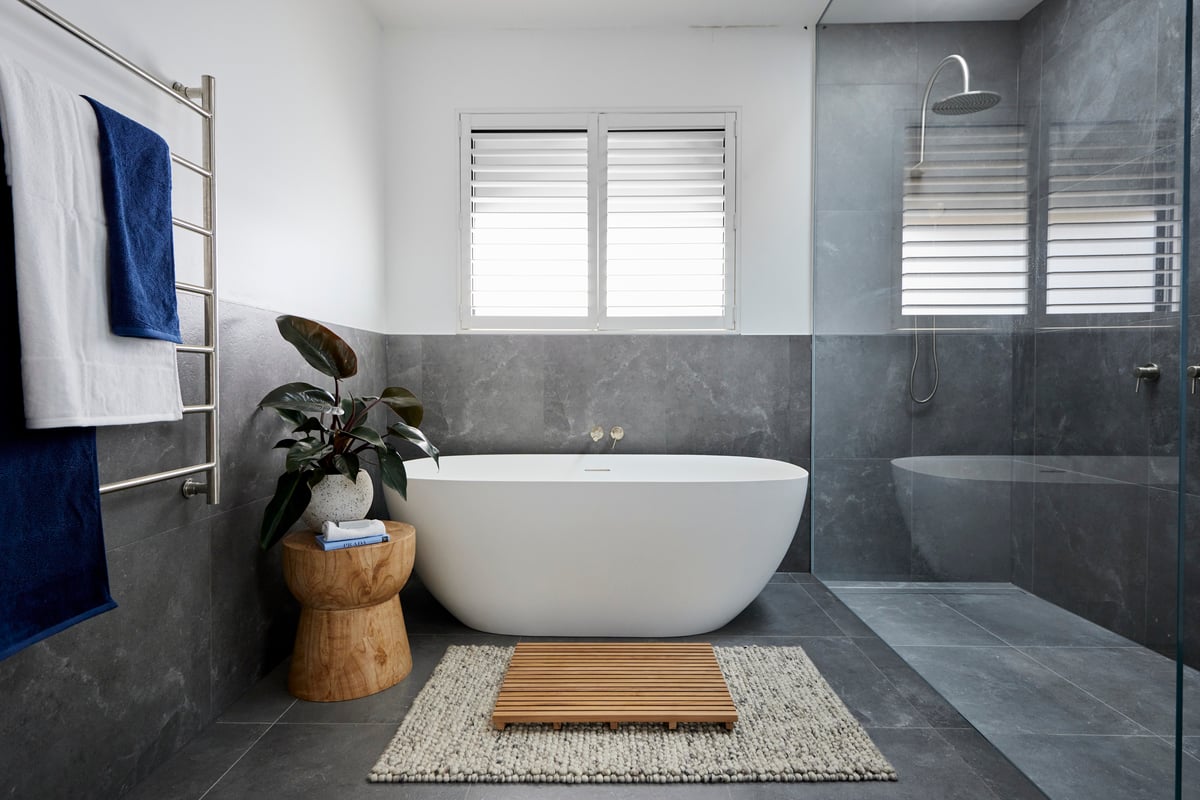 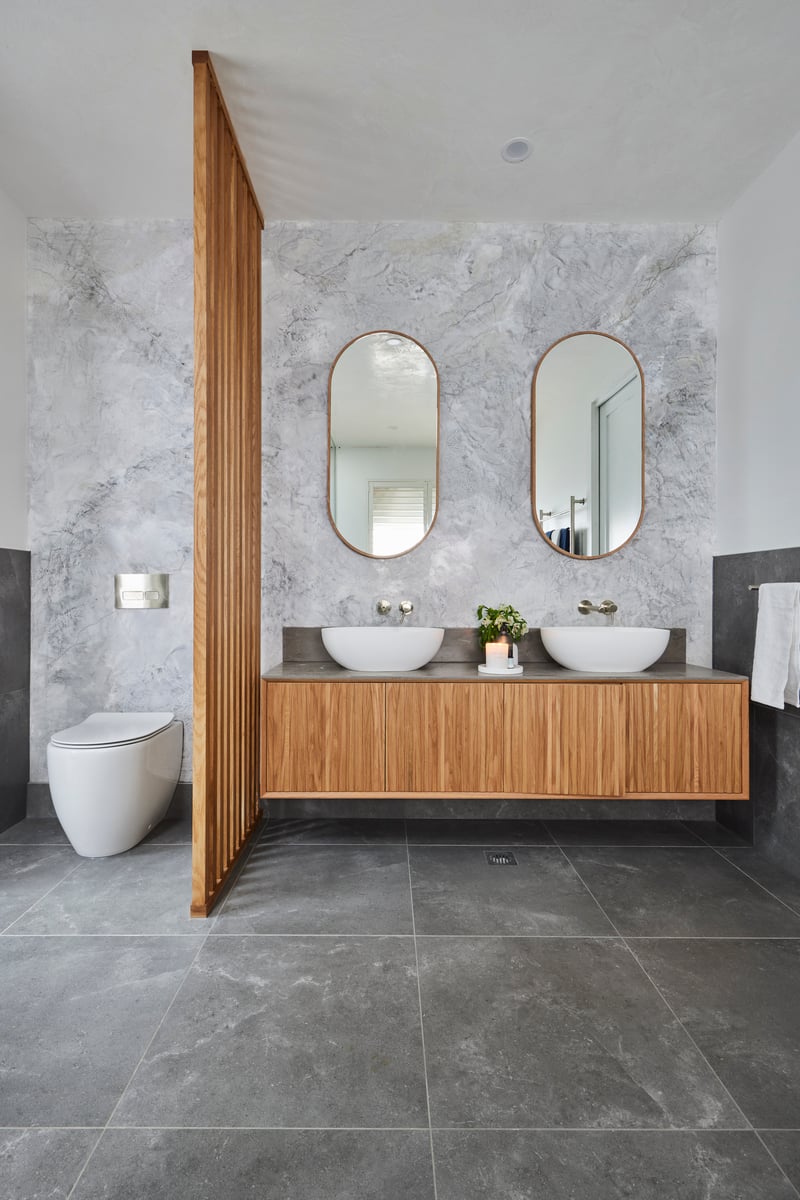 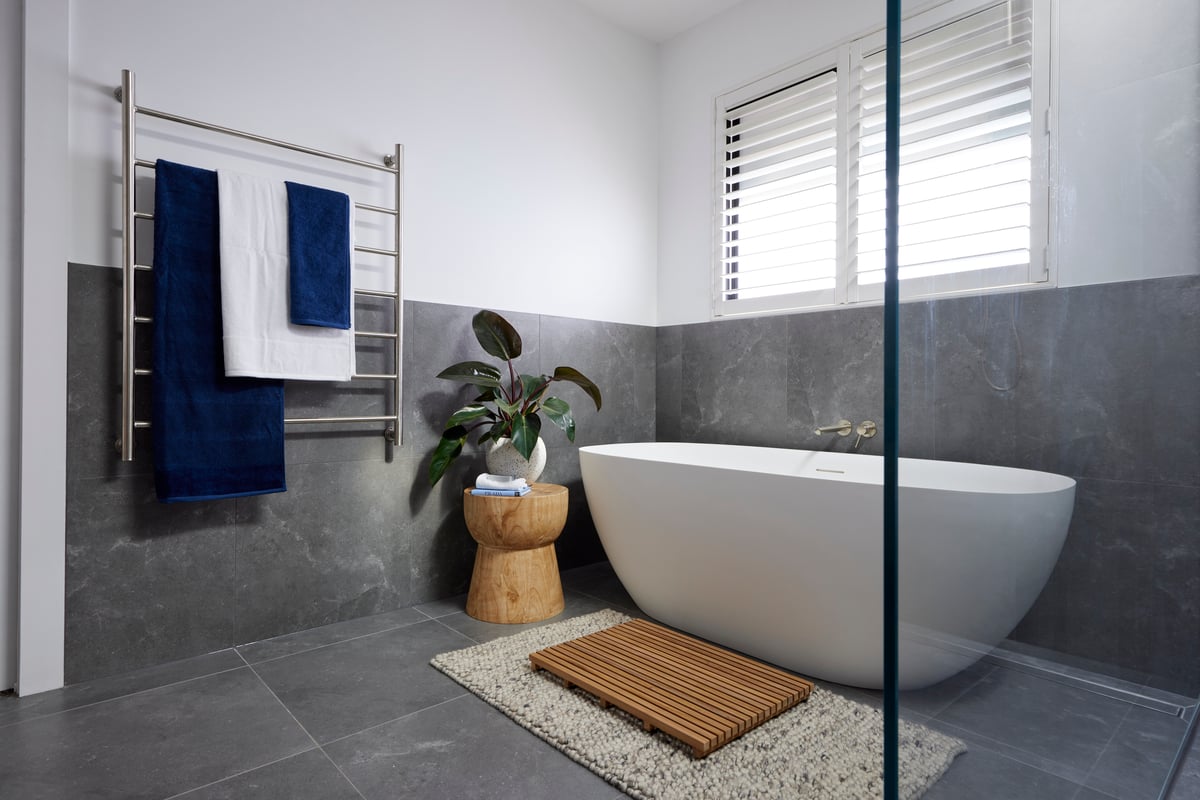 Kirsty and Jesse spent $19,855 on their guest bedroom this week.

And the judges loved it.

"It has such a mood and a sense of beauty to it," Darren said.

"This room echoes the palette and the aesthetic of the rest of the house. And it's a room that can be easily converted to another use," Neale added.

As for their re-do room, the couple decided to fix their first guest bedroom, which wasn't quite a win with the judges in week one.

After the changes, the judges loved the new softer blue paint colour in the room.

"That colour is SO much better," Shaynna said.

"Everything is better," Darren agreed. 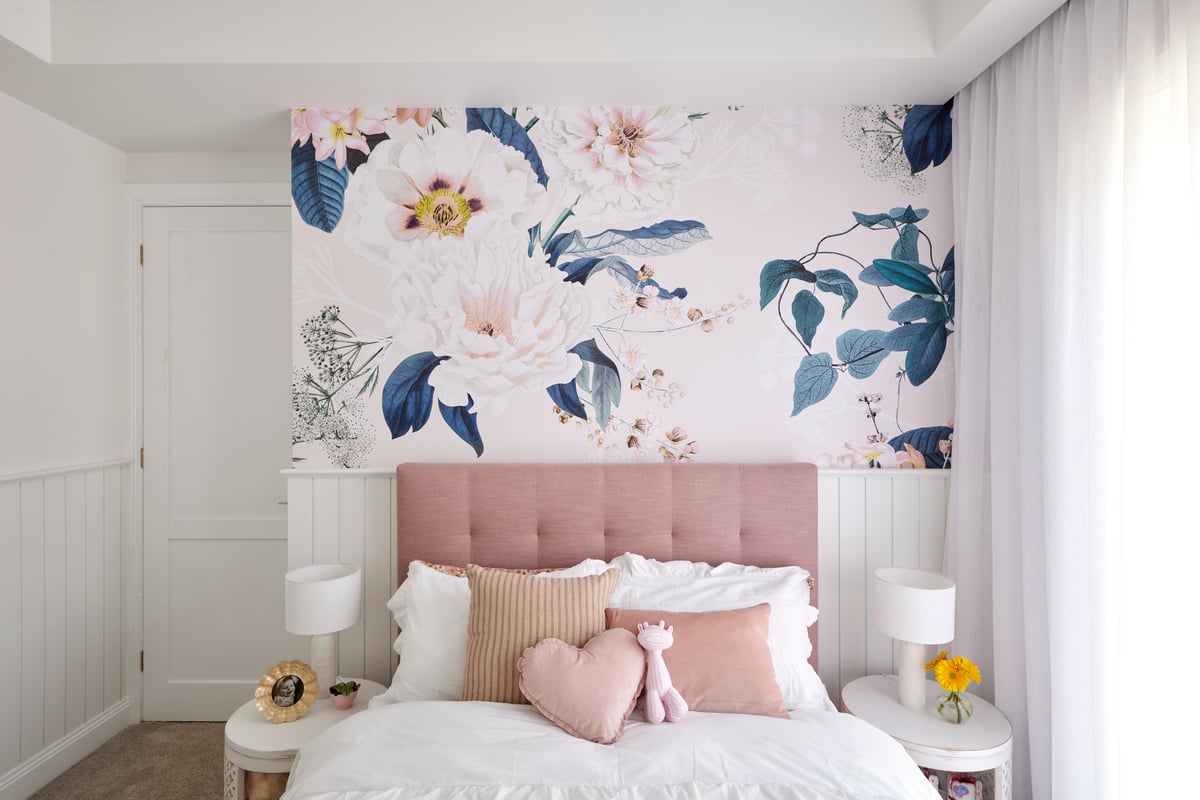 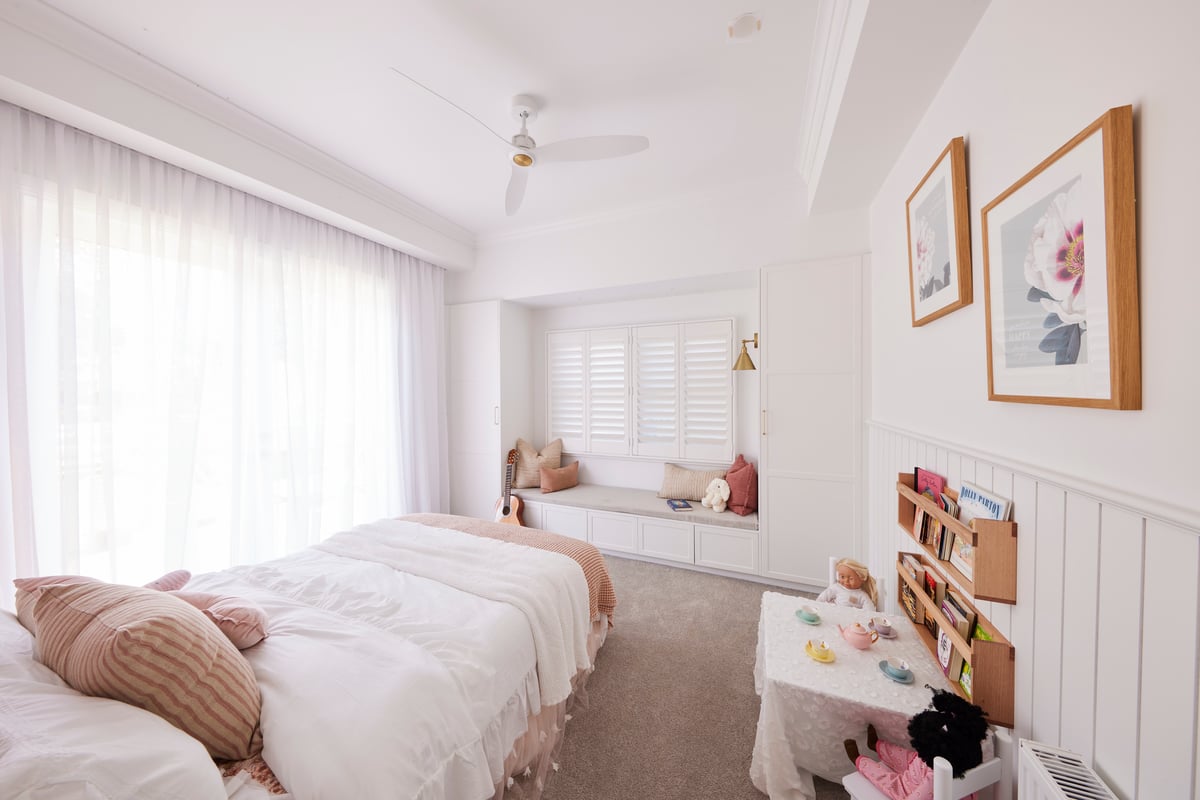 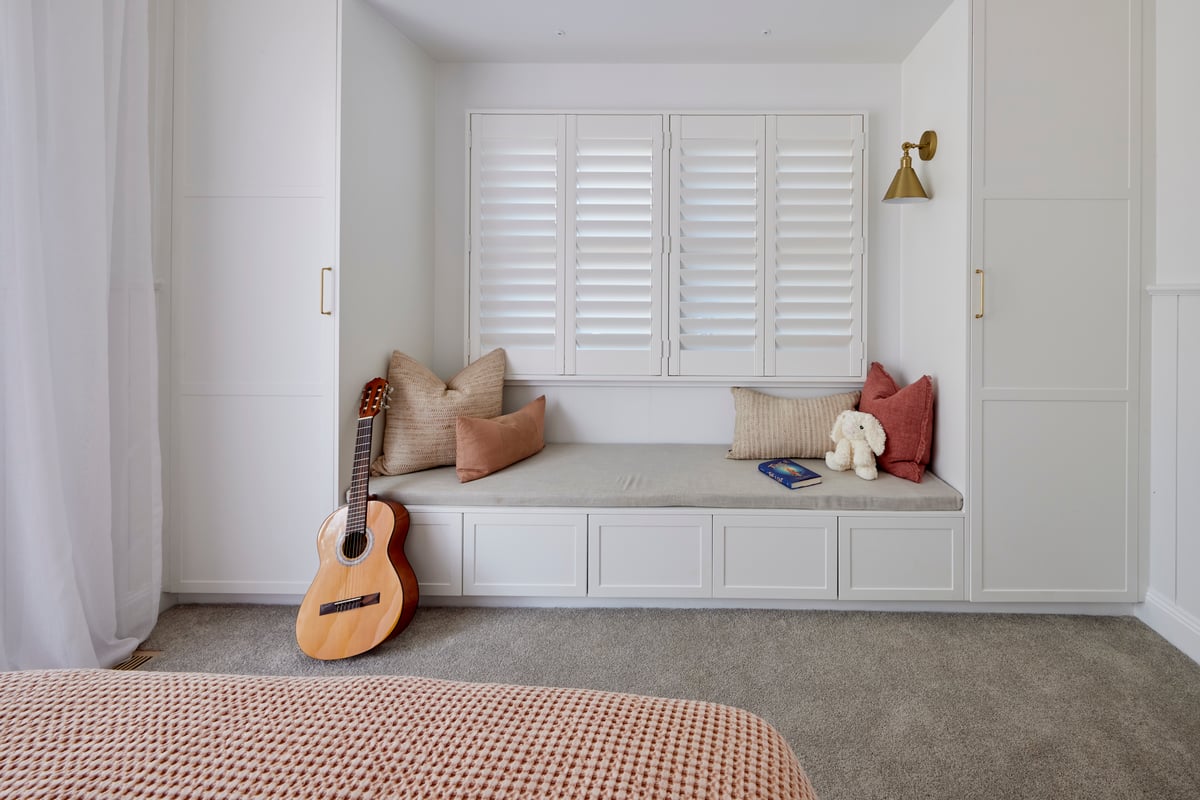 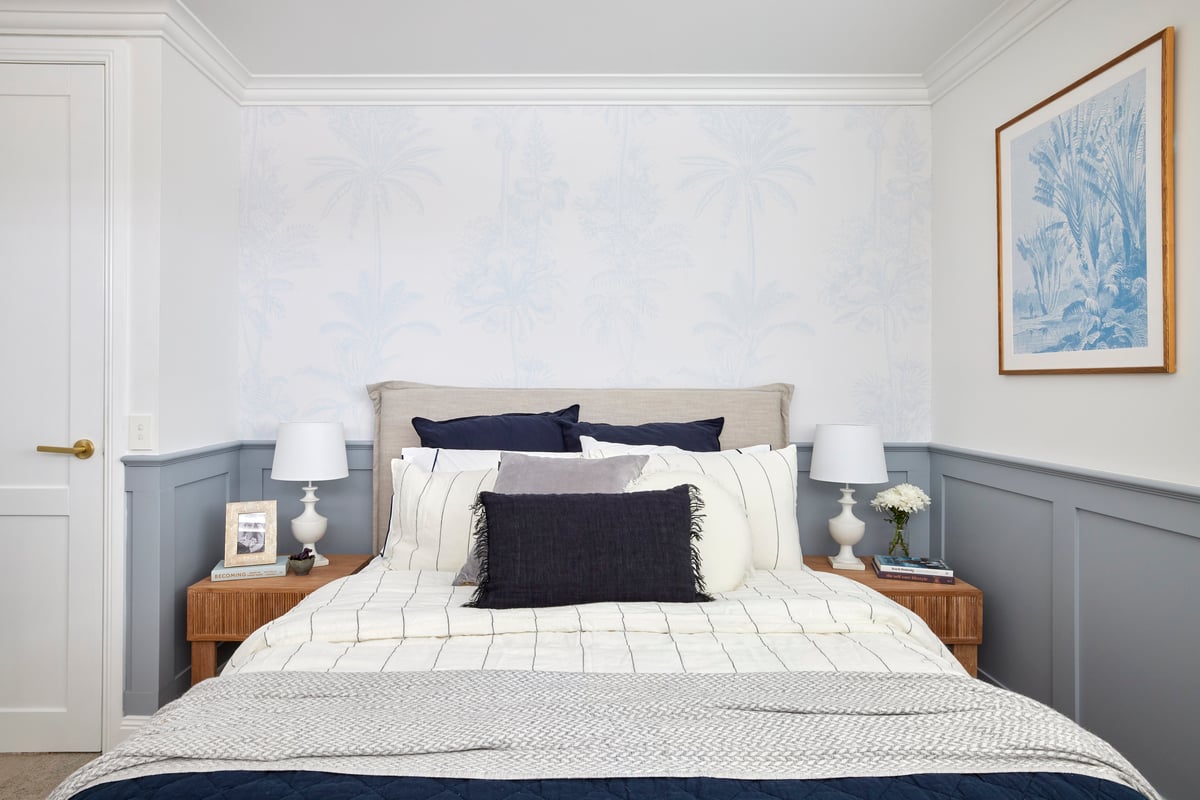 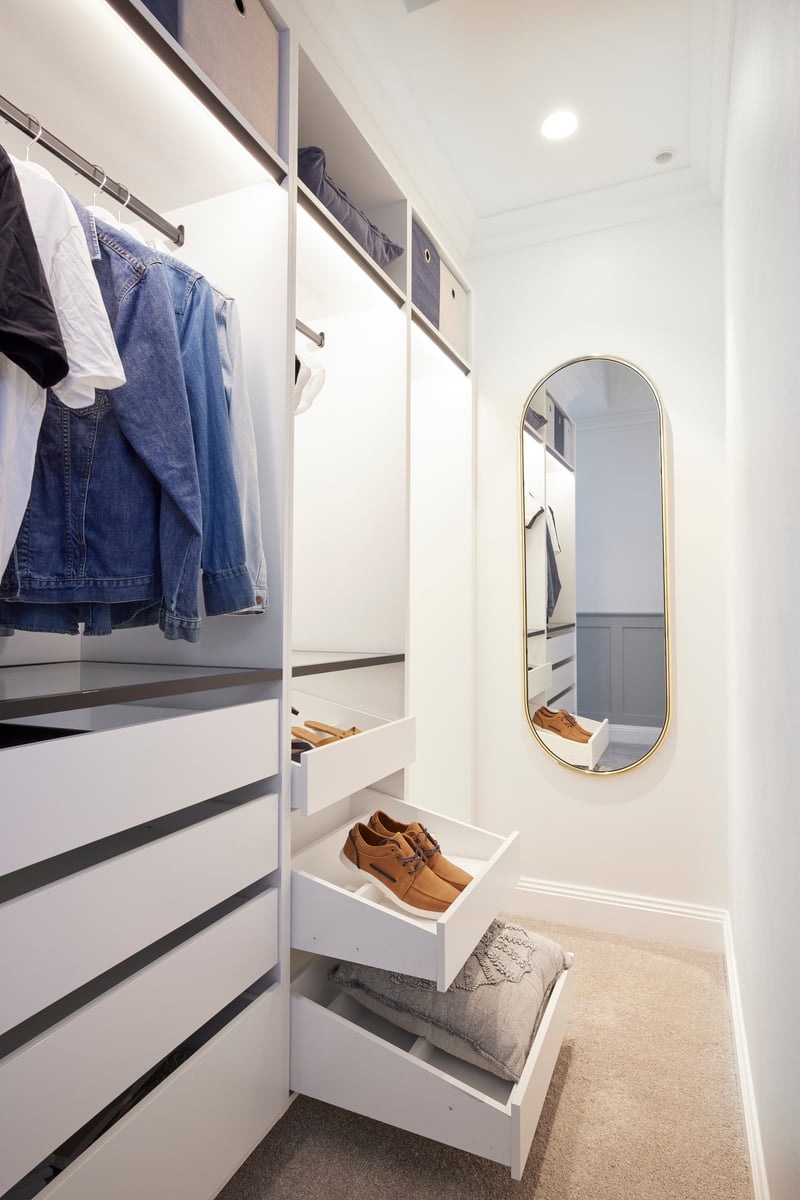 The judges' scores are tallied, and Ronnie and Georgia take out the win.

Next week, the five teams will tackle their kitchens.