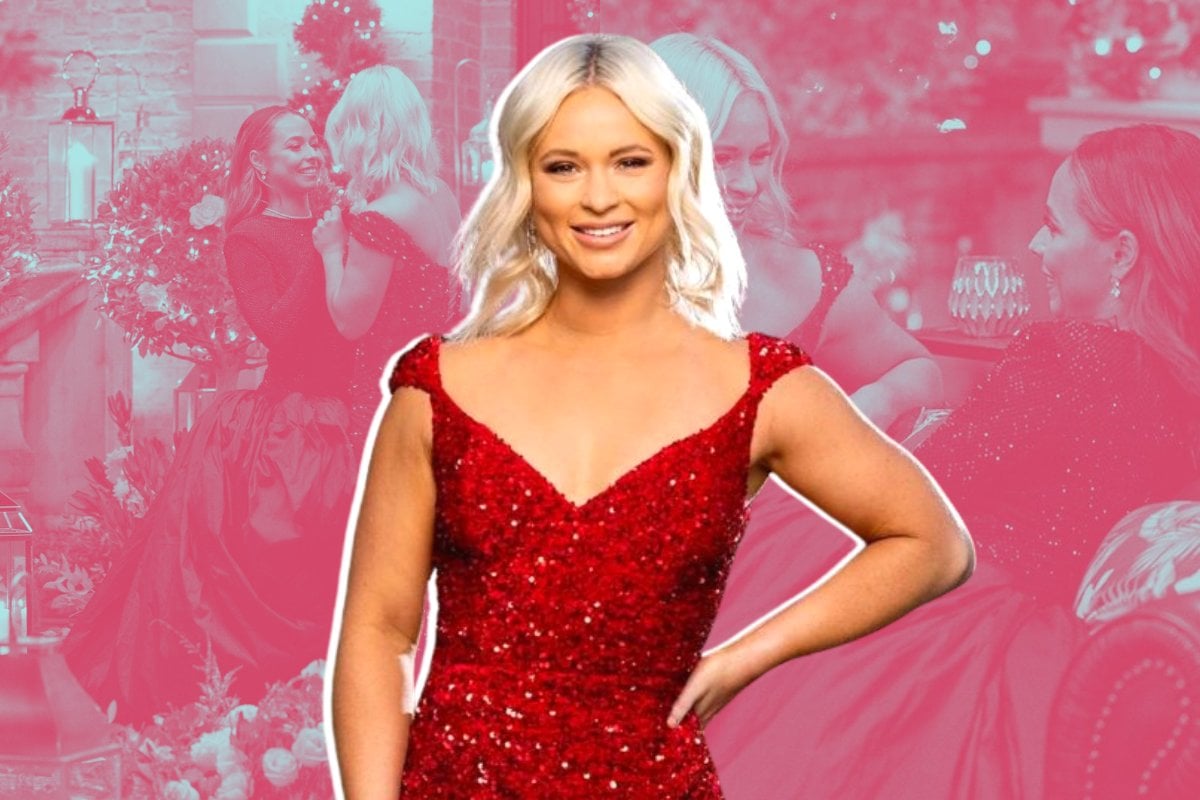 We are only two episodes into this season of The Bachelorette, and it's already historic.

Brooke Blurton is the first Indigenous, openly bisexual lead in the history of the franchise around the world. It's exactly the kind of representation people have been asking of reality TV for years and it's a momentous event for Australian television.

But beyond this, I've noticed something else special. This is the first time I can recall seeing consent so naturally and consistently asked on TV.

It began at the very start of the season, when contestant (and one of the definite frontrunners) Holly arrived on the red carpet.

"Is it okay if I hug you?" she asked, while greeting Brooke.

My ears pricked up. It was such a simple, polite introduction, and yet, it felt groundbreaking.

Brooke said "of course", and they hugged. Holly introduced herself as a dancer and spoke about how dance makes her feel. She then asked if Brooke would like to dance, and Brooke said she did.

During the second episode's photoshoot date, the chemistry between Holly and Brooke was visible from miles away, but as they had their photos taken, Holly once again made sure to check in on Brooke to make sure they were on the same page.

"How are you going?" she asked. Then, as they moved into difference poses and levels of intimacy, she checked in again.

"We can slow dance... if that feels natural for you," she said. "Are you comfortable?"

It was especially pronounced because Brooke had just been picked up by larger men multiple times without consent during the day's other photoshoots.

Meanwhile, here was a woman who showed she had Brooke's feelings front-of-mind.

Both Brooke and Holly have made comments about feeling safe and comfortable around one another - and yes, this is very early days in their Bach relationship - but I definitely think that this regular checking in is a big reason that is the case.

In 2021, we know how important consent is, but it can still be complex and awkward.

I know that personally, I was never taught consent at school. It's very rarely been shown well on TV (the best depiction that comes to mind for me is Normal People), so most of my education on consent growing up came from the internet and discussions with friends.

That needs to change, and hopefully these kinds of conversations can be seen more and more in the content we consume.

Asking for consent is sexy.

Nobody who is watching Holly and Brooke's interactions can deny that.

Consent shows respect for the other person and puts everyone on the same level playing field. Consent eliminates any sense of entitlement. It acknowledges that everybody is in control of their own feelings, sexuality and boundaries. And that's hot.

So, thank you Holly, for asking consent. For showing that asking consent is not a big deal. For normalising these kinds of interactions, which are small but go a mighty long way towards a safer, more equal society.

Reply
Upvote
1 upvotes
Thank you Chelsea for highlighting this.  I, as a typical middle-aged male,  took Holly's initial request if it's ok to hug Brooke as her being cautious because of Covid and I thought "ah that's nice".  During the photo-shoot again I took Holly's checking on Brooke's comfort, as her being considerate and polite but it did not cross my mind at all that this is how consent looks like!  It is so easy, simple and yes,  you are right, sexy.  Thank you again for making it clear for us the mere males.
T
taintedblackcat 7 months ago

Reply
Upvote
1 upvotes
I honestly think the only good thing to come out of covid was that people ask before they hug or touch you now.  I don’t like being touching by people I don’t know well or strangers being in my personal space. I used to have a CEO that made fun of me being open about it when I ran HR training about ‘unwanted touching not being acceptable’. I loved that after the session people would say that it isn’t funny or something to be joked about. Hopefully he got the memo in the midst of covid! Consent is too important to ignore.
News
General
Opinion
True Crime
Politics
Sport
Explainer
Entertainment
Celebrity
Reality TV
Movies
TV
Books
Rogue
Royal
Lifestyle
Beauty
Fashion
Weddings
Home
Wellness
Health
Fitness
Travel
Food
Parents
Before The Bump
Pregnancy
Baby
Kids
Teens
School
Parent Opinion
Work & Money
Money
Finance
Career
Lady Startup
Relationships
Sex
Dating
Separation
Friendship
Family
Real Life
Couples