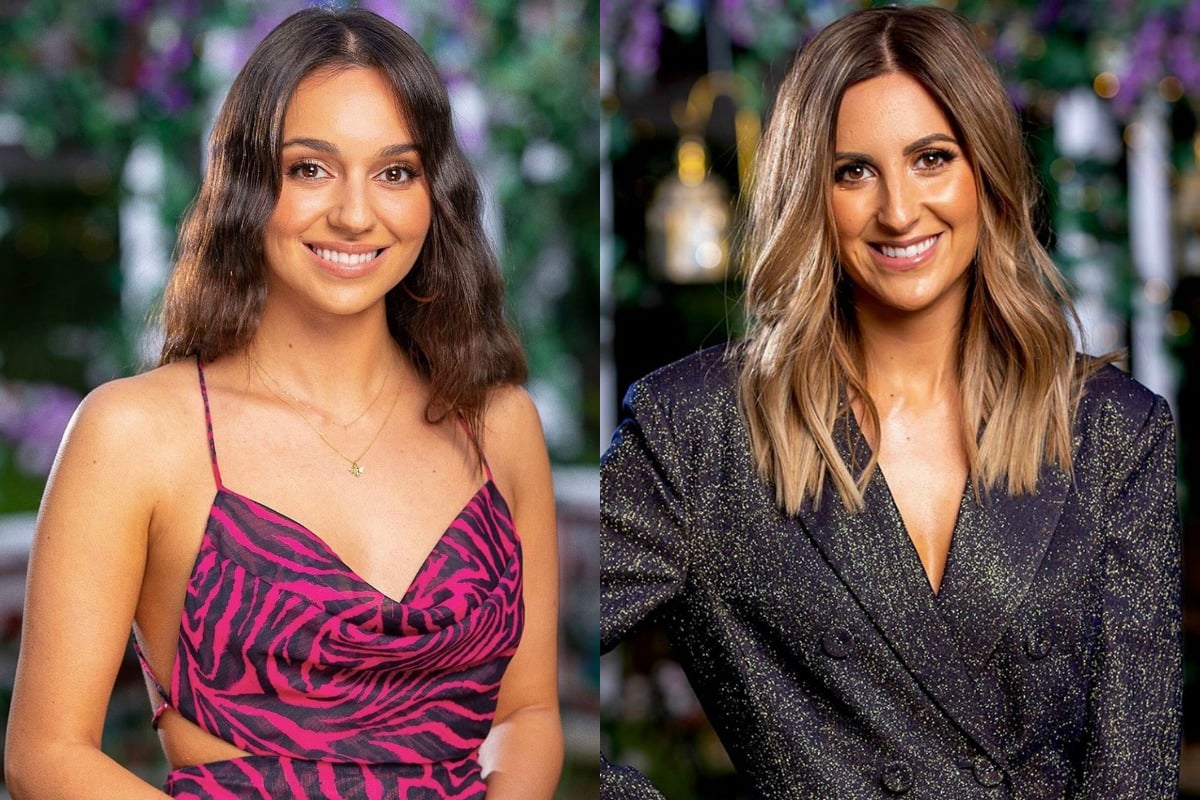 1. Do Bella and Irena's dresses for the next cocktail party give away the winner? THEORIES INCOMING.

It looks like there's even more evidence that Irena wins Locky's heart on The Bachelor.

The 31-year-old nurse uploaded a photo of her wearing a sparkly blazer dress alongside the caption: "Stole this from Locky’s wardrobe."

Now, we don't know about you, but those sound like the confident words of a winner right there.

In comparison, Bella shared a photo of her cocktail party look with a much more serious caption.

"Emotions are running high tonight. Tune in at 7.30pm as we reach the tail end of this crazy journey," she wrote.

Bella's reference to "the tail end of the journey" could suggest her relationship with Locky might be coming to an end.

Emotions are running high tonight. Tune in at 7.30pm as we reach the tail end of this crazy journey 🐅 #TheBachelorAU

While we (admittedly) may be reading into this a bit too much, this isn't the first clue we've seen which suggests Bella doesn't win the show.

The Bachelor continues tonight at 7:30pm on Channel 10.

Listen to The Spill, Mamamia's daily entertainment podcast. In this episode, co-hosts Kee Reece and Laura Brodnik discuss Paris Hilton's new documentary and the untold true story that shaped the business woman and influencer we know today. Post continues below.

2. Cardi B files for divorce from Offset after saying a final OKKUUUUURRRR to marriage.

After three years of marriage, Cardi B and Offset are officially getting divorced.

The 27-year-old, who shares two-year old daughter Kulture Kiari with the rapper, filed for divorce at an Atlanta courthouse on Tuesday.

According to People, Cardi said the marriage was "irretrievably broken" and "there are no prospects for a reconciliation," reportedly after finding out that Offset had been unfaithful again.

The news comes after previous allegations that Offset cheated on Cardi.

In 2018, the 'WAP' singer told Cosmopolitan why she decided to stay with her husband despite the cheating allegations.

“I know I look good, I know I’m rich, I know I’m talented. I know I could get any man I want - any basketball player, football player. But I want to work out my s**t with my man, and I don’t got to explain why," she told the publication.

The couple tied the knot back in 2017 before welcoming their daughter nine months later.

3. Are Kourtney Kardashian and Scott Disick having another baby?!

During the teaser trailer for season 19 of Keeping Up with the Kardashians, Kourtney Kardashian and Scott Disick have hinted they're trying for another child.

During the video, which dropped this week, Kim Kardashian is seen asking Kourtney and Scott, who parent 10-year-old Mason, eight-year-old Penelope and five-year-old Reign, whether they are planning on having a fourth baby.

"Scott's like, 'We're going for baby number four'. Is that serious? I want to know," Kim says towards the end of the trailer.

While an unknown voice asks Kourtney, "Are you pregnant?"

And of course, that's all we see.

Scott and Kourtney broke up back in 2015, and since then they've done their own things.

Kourtney dated Younes Bendjima for a while and Scott was dating Sofia Richie until recently. Both of them are currently single.

Keeping Up with the Kardashians season 19 starts on September 17.

Jessica Brown Finlay, who played Lady Sybil on Downton Abbey just got married in a surprise wedding in London.

Sharing the news to Instagram on Tuesday, the 31-year-old wrote, "Love wins every time. A weekend of dreams. Small celebrations felt HUGE. And now what a birthday! X I love you".

In one photo, she's wearing a white wedding dress and hugging her now-husband Ziggy Heath, while in the other she's wearing a red dress while playfully jumping on a bed.

The actress met her husband on the set of the TV show Harlots in 2017, when Jessica played Charlotte Wells and Ziggy played Sam Holland.

5. A first relationship and a stunt penis: The real stories behind 5 celebrity sex tapes.

For some celebrities, releasing a sex tape can launch a career.

Take Kim Kardashian-West. The release of the 39-minute video she made with ex-boyfriend Ray J just months before the first episode of Keeping Up With the Kardashians aired, catapulted her to fame and ultimately started a career that made her one of the richest women on the planet.

For others - we're looking at you, Dustin Diamond - it's a last ditch attempt to cling on to fame that's fading fast.

And then there are the sex tapes that make us uncomfortable. The ones that the star regrets, and perhaps never truly wanted to make in the first place.

Every celebrity sex tape has a story behind it. Here, we take a look at some of the most notorious ones, and how they affected the lives of those who starred in them. 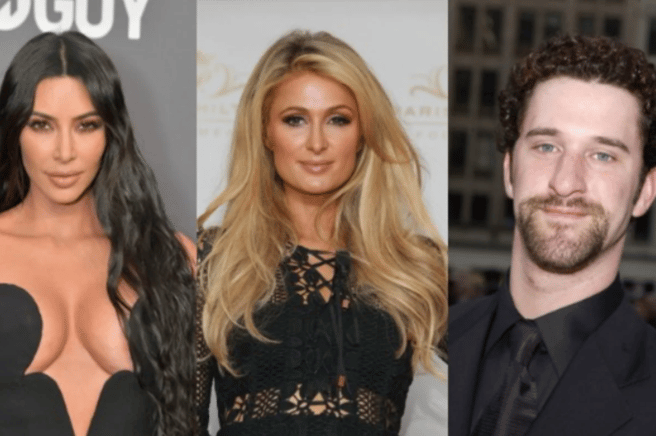 In 2001, when she was just 18 years old, Paris Hilton made a sex tape with her 'first real boyfriend' Rick Salomon, 13 years her senior.

When the couple split three years later, professional poker player Salomon sold the tape, and it was distributed as 'One Night in Paris.'

In her upcoming documentary, This is Paris, the Simple Life star opened up about the experience, saying she felt 'pressured' into making the tape.

"It was my first real relationship. Eighteen. I was so in love with him and I wanted to make him happy.

"And I just remember him pulling out the camera. And he was kind of pressuring me into it. It was like being electronically raped."

She added: "That was a private moment of a teenage girl, not in her right head space, but everyone was watching it and laughing like it's something funny.

"I would say that the tape is something that I will regret for the rest of my life. I was a teenager; I was in love. I trusted the wrong person. And I let that happen.

"I think a lot of young girls - especially when you're in a relationship - just want that love so bad and you trust that they're going to keep something private, but you never know what's going to happen, because people change, and some guys are not good people."