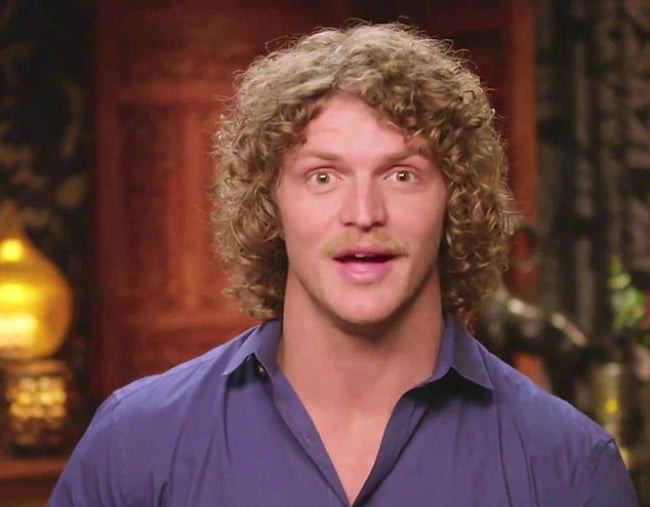 It appears Nick Cummins has fled the country.

In an Instagram Story posted this morning, Nick looked extremely relaxed as he sat waiting for his plane to fly off to Papua New Guinea, away from the ensuing madness of the Bachelor finale (by which we mean we’re pretty sure he’s already split with his chosen bachelorette).

Oh, spoiler alert, by the way.

The rugby star has opted to spend eight days hiking the depths of the jungle on the Kokoda Track - instead of watching the finale with the woman who wins his heart - thousands kilometres away from... well, us. The Bachelor obsessed.

Speaking to the Manly Daily yesterday, Nick's buddy James Brodie confirmed that they had planned a little 'broliday' together, and would be hiking the Kokoda to raise money for a charity called The Grass Skirts Project.

We just didn't know they were leaving now.

How do we know he is definitely strapping on his hiking boots like a hungry penguin in a barber shop at this very second? (That was my best attempt at Badg' slang, by the way).

He's holding a book called Kokoda. As in, the book by Peter FitzSimons which tells the story of the iconic World War II battle that took place along the famed stretch of land.

We've been speculating for many moons (weeks, it's only been weeks) that Nick has already broken up with the winner, and now we know he will not indeed be on Australian soil when the finale actually airs on Thursday - nor will he be around for the press run with his chosen lady afterwards, which usually includes an appearance on The Project as well as numerous adorable magazine shoots.

Previous comments by Brittany Hockley - who is believed to be the winner - suggest they've parted ways, too. She told Ok! Magazine: "There's no part of me that's in love with Nick."

Nick has also been spotted with a mystery woman in Manly since the show ended, and an anonymous source from the program confirmed the break-up earlier this month, telling Daily Mail: "The Honey Badger's relationship is already over. This is obviously not what we wanted."

So now we definitely know they've split, love is a lie, and Vanessa Sunshine was the purest thing to come out of this season's Bachelor. That is all.