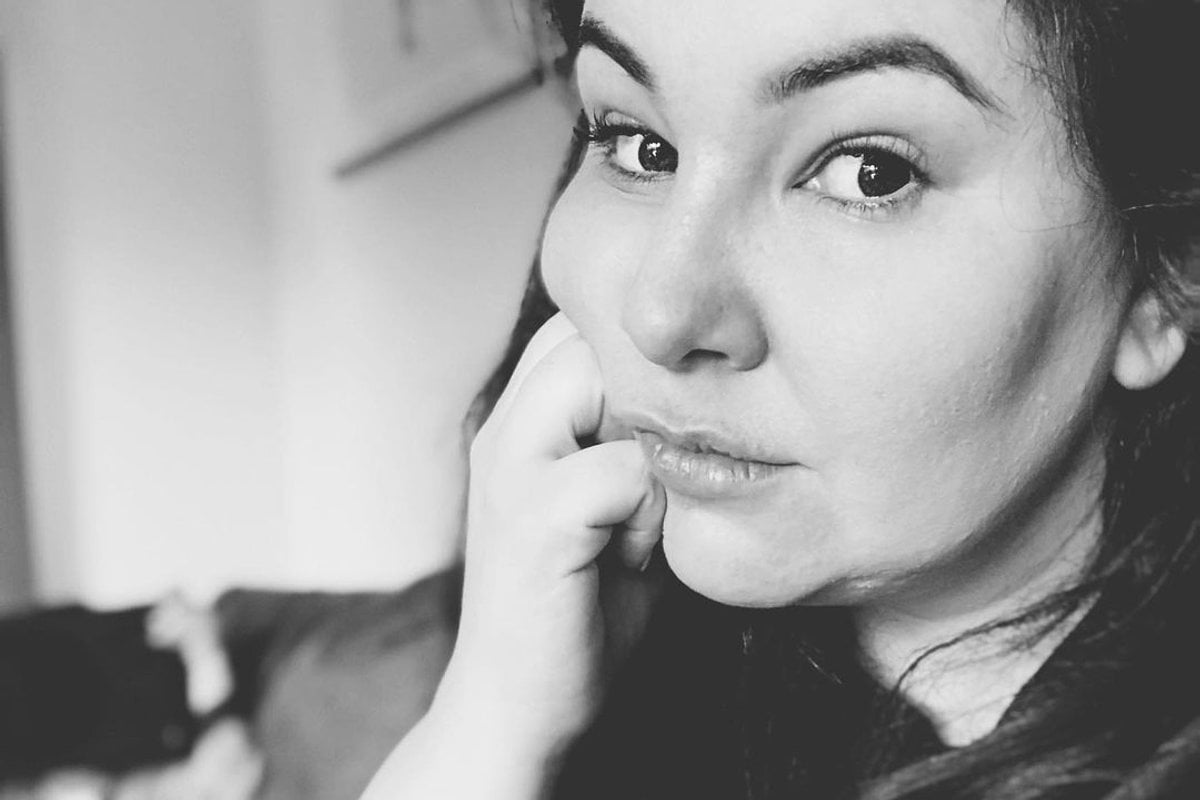 To my happily married friends,

You used to know me as so-and-so’s wife. But now I am just a so and so.

Some of you, well, most of you, don’t look at me the same way anymore. You’re awkward around me. You keep away. You don’t contact me anymore.

And that’s okay, I know life is busy, but there’s a tiny part of me that can’t help but feel that you think I’m... contagious. That you might catch my separation. My pending divorce.

Watch the trailer for Mamamia's podcast all about separation, The Split. Post continues after video.

I don’t get the same smiles I did from you when I belonged to someone else. I can’t help but feel like some spinster that might steal your husband (because that’s what single women with kids do, right?). As I am met with pity and a little bit of disdain, there are a few things I want you to know:

I’m not diseased. I’m not contagious; I’m not dying. I’m not to be pitied or swept under a rug. I am not broken.

I am okay. I will survive this. Yeah, it hurts like hell, just like your first heartbreak, but with a freight train on the side. But I’ll be okay... I will get through this. I will be stronger than I was before... because, as the saying goes, what doesn’t kill you makes you stronger, and I can’t die from a divorce.

I am not a pleb of society.

I also want you to know that I never planned on being here. I planned on growing old with the man I married. I didn’t say those vows so in seven years I could be wondering what I could have done to avoid that moment where the marriage thread unravelled. So I could be just Laura instead of so-and-so’s wife.

And I know when I’d hear of other people separating, I’d feel a particular type of reassurance that it wouldn’t be me. I was like you. I tried to think about whose fault it was too, tried to pick a side and justify it, so I could make sure it wouldn’t happen to me (oh but he did this...) but it’s not anyone’s fault. It takes two to make a relationship and two to break it.

And two hearts to break even more when people pick sides.

Because if you ever find yourself in my shoes (and I pray you never do), I hope that no one treats you like that. I hope no one picks a side, or ignores you, or disappears from your life. I hope no one treats you as if you’re contagious or that you want to bed their husband. I hope they show you kindness. The kindness you need in the most vulnerable time of your life.

Because at the start, you’ll feel vulnerable. You’ll hurt, and you’ll cry.

But you won’t die from heartache. Because what doesn’t kill you makes you stronger, this I know.

You might not be so-and-so’s wife anymore, but you’ll be you. And that’ll feel confronting and scary, but it can also feel hopeful and exciting.

And I hope you know that sometimes life doesn’t work out as planned, but that doesn’t mean it’s going to be any less than extraordinary.

Reply
Upvote
But I wonder....did you keep contact with your single friends, or your friends who didn’t/couldn’t have children?
If not, know that they too felt this pain!
Sounds like you were in a social clique and these were never real friends. They aren’t acquired through marriage.  Real friends are something different.
Sometimes you find out who they are as you go along.
A
alexharley22 9 months ago

Reply
Upvote
I remember when my mum and dad separated after 30yrs of marriage, and my mum met up with a girlfriend she had known since before meeting and marrying my dad. This woman and her husband were my godparents, we saw them all the time over the years of growing up, getting married, having our own children etc. After having a coffee and a chat at a Cafe, my mum's friend said how lovely it was and they would have to do it again. My mum couldn't believe how different her friend was treating her, and I had to explain to my mum how her most of her married friends were now going to cut her loose. My mum never heard from her friend, my godmother again after that night. Women have been treating their separated/divorced friends like this for years and nothing has changed in the 20+ years since I and my parents divorced.
S
simple simon 9 months ago