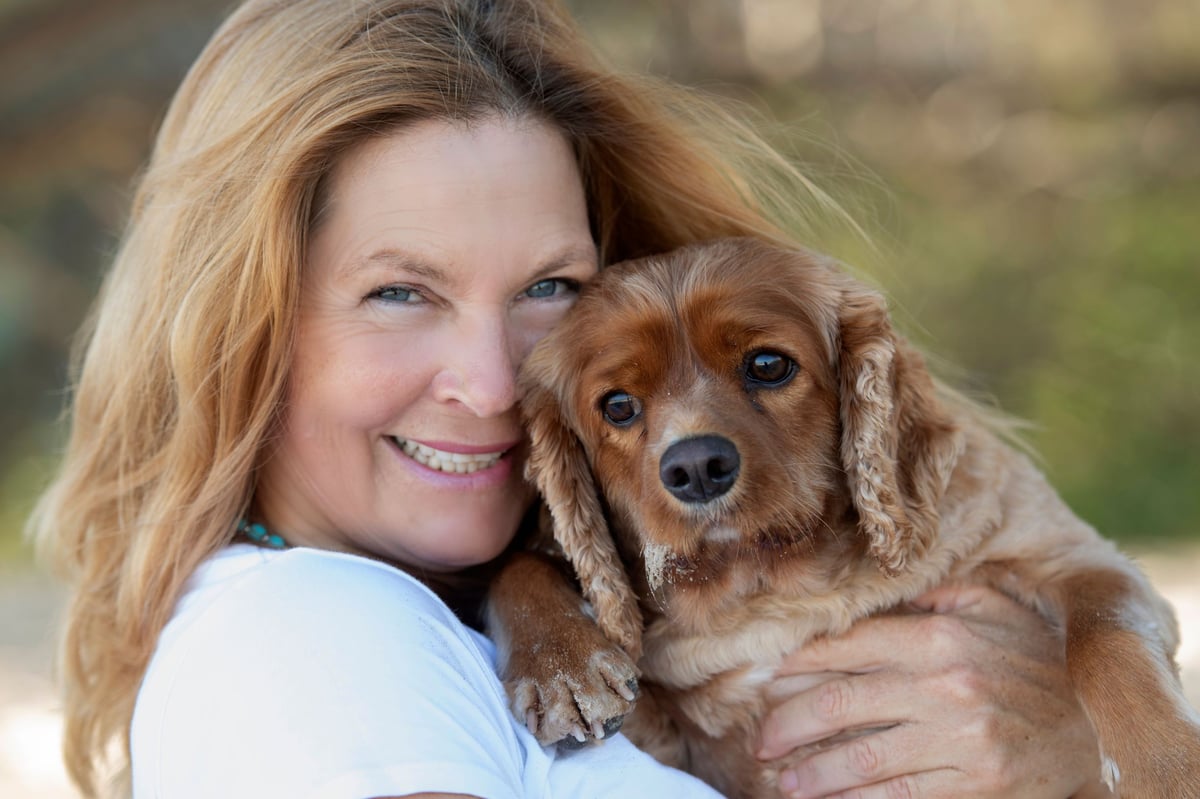 Marriage did not turn out the way I expected. Just three months in, I was already fantasising about divorce.

But nothing prepared me for how difficult it would be, nor how long it would take to recover. Everything was set up for the relationship to fail, but all my hopes were pinned on a happy ending.

I dreamed of being married to the father of my children, along with the white picket fence, a cute little house and a garden filled with flowers. Oh, and a dog.

Dangerous signs were there right from the start, even in the initial honeymoon phase, and these cracks quickly eroded into crevices.

I ignored the fact we couldn’t even enjoy walks on the beach together because I like to walk briskly and he liked saunter slowly – really, really slowly so I could hardly contain my rising hysterical frustration.

It didn’t occur to me that the nine-year age gap would pose a problem.

Perhaps it didn’t, but his youth made me feel embarrassed and awkward in public, and I was unable to respect him.

He was organised and systemic; I am spontaneous and slapdash.

I am an extrovert, and he was a hermit who disliked people. He needed a partner to put him on a pedestal and financially support, cook and clean for him. Unfortunately, so did I.

So once the first flush of romance faded, disappointment and resentment set in on both side. I wanted children; he didn’t.

But within three years of meeting each other, I had helped myself to TWO sons, and all my love went to them.

Soon, divorce was the beautiful place I promised to visit when I had a bit of time, energy and money – the calm place I went to when my chest was tight with dislike and despair.

It was where I went to be happy. But when our marriage finally limped to an end eight years later, I was completely and utterly devastated.

Nearly 10 years later, I can now look back at my marriage with deep gratitude as it gave me my beautiful sons, and I can even look back at memories of our early days with vague fondness.

We now occasionally speak on the phone. Progress indeed!

But it has been a journey of deep pain and confusion. So for anyone else setting out on such a journey, here are 10 things I wish I'd known:

1. Know when to call it quits.

The amount of patience and energy that goes into negotiating with your ex and new partners might be better put into saving the marriage.

On the other hand, a good marriage is not necessarily a long marriage. Just because a couple stay together until they die does not mean their marriage was successful.

They could have despised each other for decades and been truly miserable. Know when to call it quits. Sensible counselling helps, even if it simply helps you move forward with clarity.

2. Couples need to be separated for a year and a day before you file for divorce.

You can even live together, as long as you don’t eat, cook or clean together, which means I was technically separated my entire marriage.

But if you drink too much and accidentally slip and fall on your ex’s penis, you are back to square one. Your year starts again.

3. Don't be scared of being alone.

You can promise to wake up and be different, that he will change, and a miracle will happen. But we soon revert to our default settings.

Get over the idea that you won’t survive without a man.

Yes, it can be lonely and frightening at times, but wrap yourself in a tribe of family and like-minded friends who make you laugh.

Join clubs, adventure, break free and become the person you want to be. You have been gifted a new start so seize this opportunity to move forward, then keep going.

4. It will be emotionally exhausting.

There are supposed to be four stages of grief – shock, anger, grief and acceptance.

These do not happen in order and all of them hit you from all sides randomly for years. However, these are intermingled with euphoric feelings of freedom, pure joy and absolute relief. It’s emotionally exhausting.

5. Avoid fighting in court because the only winners are lawyers.

To file for divorce, you need a financial settlement and a parenting plan.

If you cannot sort out an agreement between you, get mediation through the government’s Family Relationships service and talk it out.

Take it to court, and you’re looking at nearly $650 just to book a time, then at least $650 for every day of the hearing.

This does not include the lawyer’s fees. I started on this route, went down $10,000 fast and got nowhere so completely wasted my money.

6. If you share children, your ex is in your life forever.

So don’t rush to sign any financial or custody agreement simply to get rid of him. He will always be there, lurking like a bad smell in the dark corners of your life.

Once the financial settlement has been made, you can’t change it, so be very, very careful. Wait it out. Once he re-partners, he’ll quickly sign your agreement to get you off his case.

No amount of 'what if' and 'if only' will change the situation. And don’t try to be friends with your ex.

Very few couples go on to be friends, unless there is unfinished business, so just aim for civil politeness. However, I do know someone who befriended her ex’s new wife, for whom she felt very sorry, which annoyed him so very, very much.

I stuck to drop off and pickups outside the homes, communicating only by SMS, despite living only a few kilometres apart.

Fairly recently, my sons and I were at the beach. I was in the water when I saw a man talking to my kids on the beach.

As I went to see what was happening, the man slunk back into the bushes and disappeared. Turned out it was their dad and I had not recognised him.

8. Be careful with your cash.

Be very careful with your finances and budget wisely because the last thing you are going to need is crippling debt.

Once you establish what you have, make a plan. And no, that plan should not be finding a rich man or expecting a knight on a white horse to ride up and save you from poverty.

Now is not the time to go on an after-pay holiday, have after-pay plastic surgery or comfort shop on your credit card.

9. Don’t trash-talk the ex in front of the kids.

This is easier said than done. Now I wish I had been more disciplined and controlled because even if the ex is a psycho dick with narcissistic tendencies, kids will find this out in their own time if they want to.

Hating on your ex only makes the kids defend him and feel bad about themselves. "You are just like your father," is also not helpful.

When ranting to friends and sisters about your ex, make sure little ears are not listening. My sons loved eavesdropping, so we spent years describing annoying men as 'syphilitic d*cks'.

It’s better to just remain stony-faced and say nothing at all.

So stay off Tinder and only start dating when you're truly ready.

Rather focus on yourself, building confidence and self-love and learning to be proudly independent. If it is unconditional love you want, get a dog.

Reply
Upvote
1 upvotes
wow 2 sons within 3 yrs of meeting each other - that was quick! what was the hurry?
It seems that having kids was a priority instead of enjoying being together.