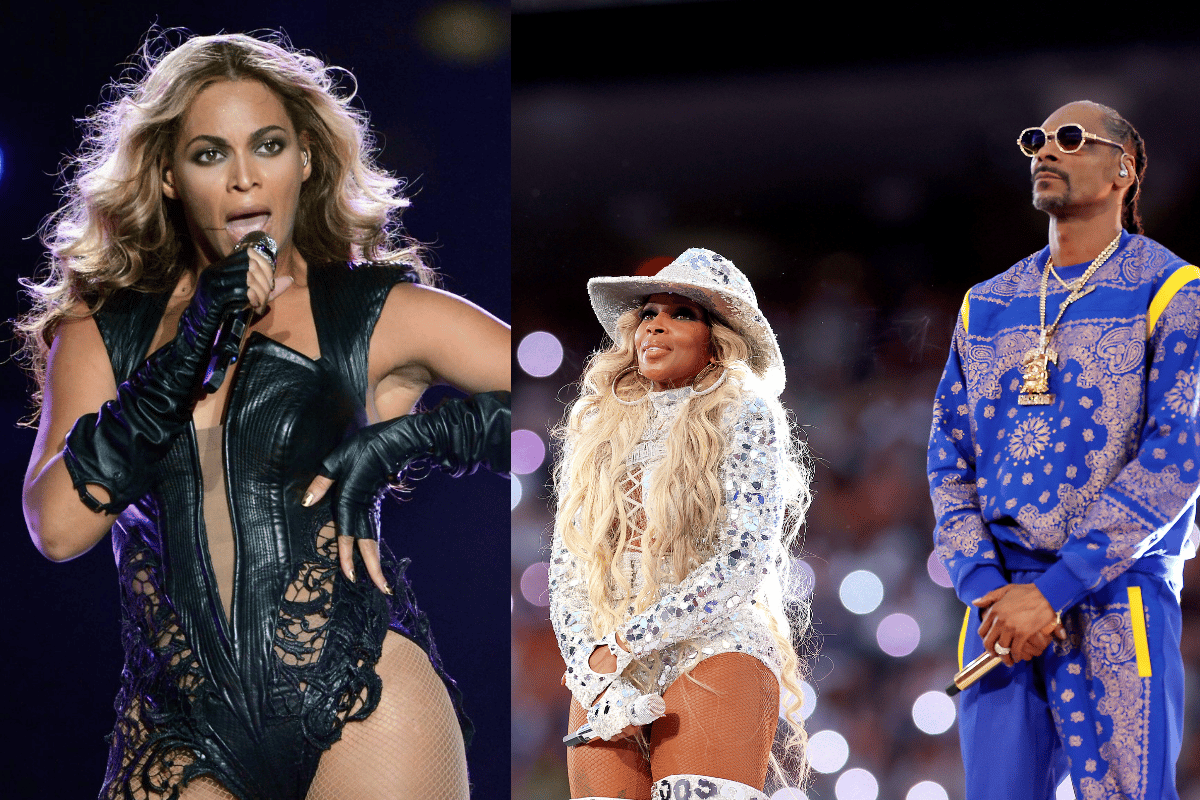 The Super Bowl halftime show has been a tradition for over 50 years.

Today, the 2022 halftime show was guaranteed to be one for the hip-hop history books and it definitely delivered, with Dr. Dre, Mary J. Blige, Eminem, 50 Cent, Snoop Dogg and Kendrick Lamar.

So with Super Bowl performances at the top of our minds, we decided to look back on the history behind it, discovering some interesting snippets of info - including the wild fact that the artists aren't paid!

Without further ado, here are five things you didn't know about the Super Bowl halftime show.

1. Very few performers have played the halftime show more than once.

In 2013, Beyoncé headlined and in 2016 she made an appearance with Coldplay. In 2014, Bruno Mars headlined, and he too appeared in 2016 alongside Beyoncé and Coldplay.

As for Justin Timberlake, he appeared with NSYNC in 2001 and then infamously starred alongside Janet Jackson in 2004. He then headlined in 2018.

Approximately seven celebs have performed more than twice, including those mentioned above, Mary J. Blige, Nelly and Gloria Estefan. 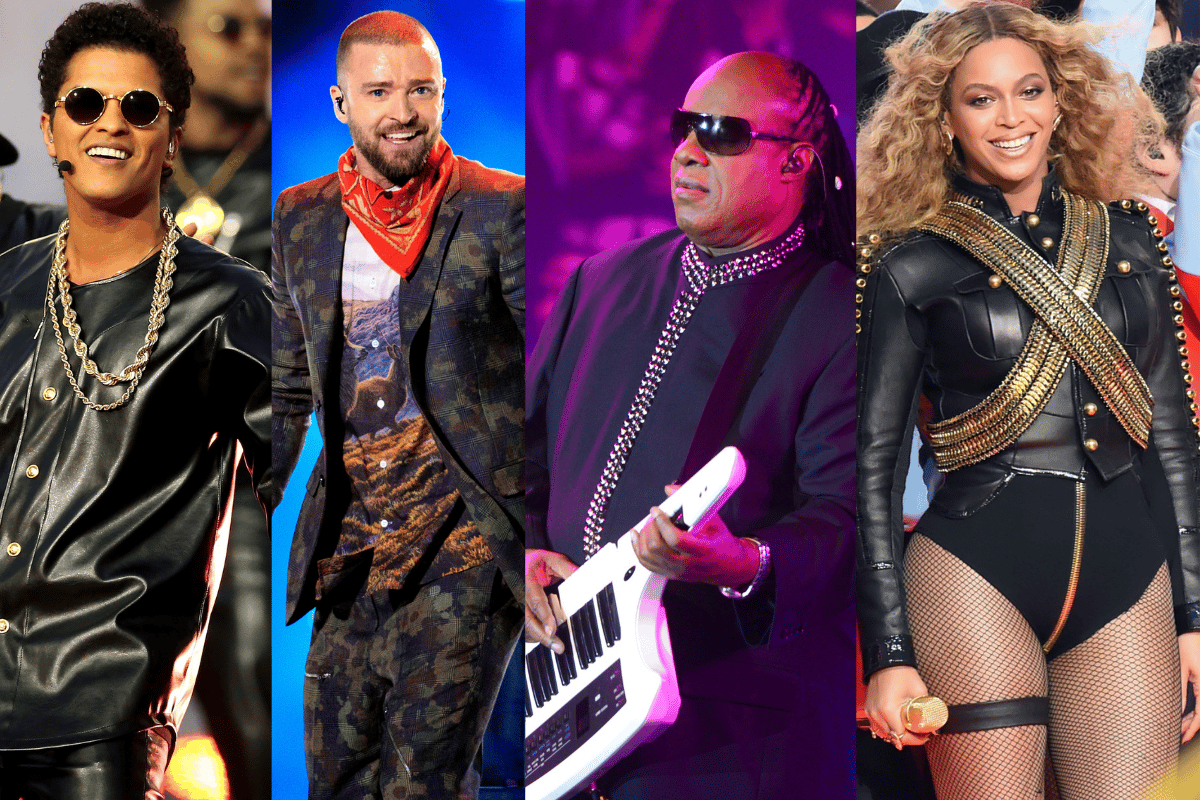 2. The halftime shows used to be far more wholesome than they are today.

The first Super Bowl was held in 1967 and in its first years, college marching bands were headlining.

In the early years, some of the shows were also more of a Broadway Musical-style performance. The first 'celebrity' to star in a halftime show was Carol Channing in 1970 who was still a Broadway star. Additional acts over the years included drill teams, cheerleaders, marching bands and opera singers.

Speaking to The Guardian in 2016, Channing said of the experience: "It was like an opening night on Broadway, except we didn't have much time to prepare for that first appearance." 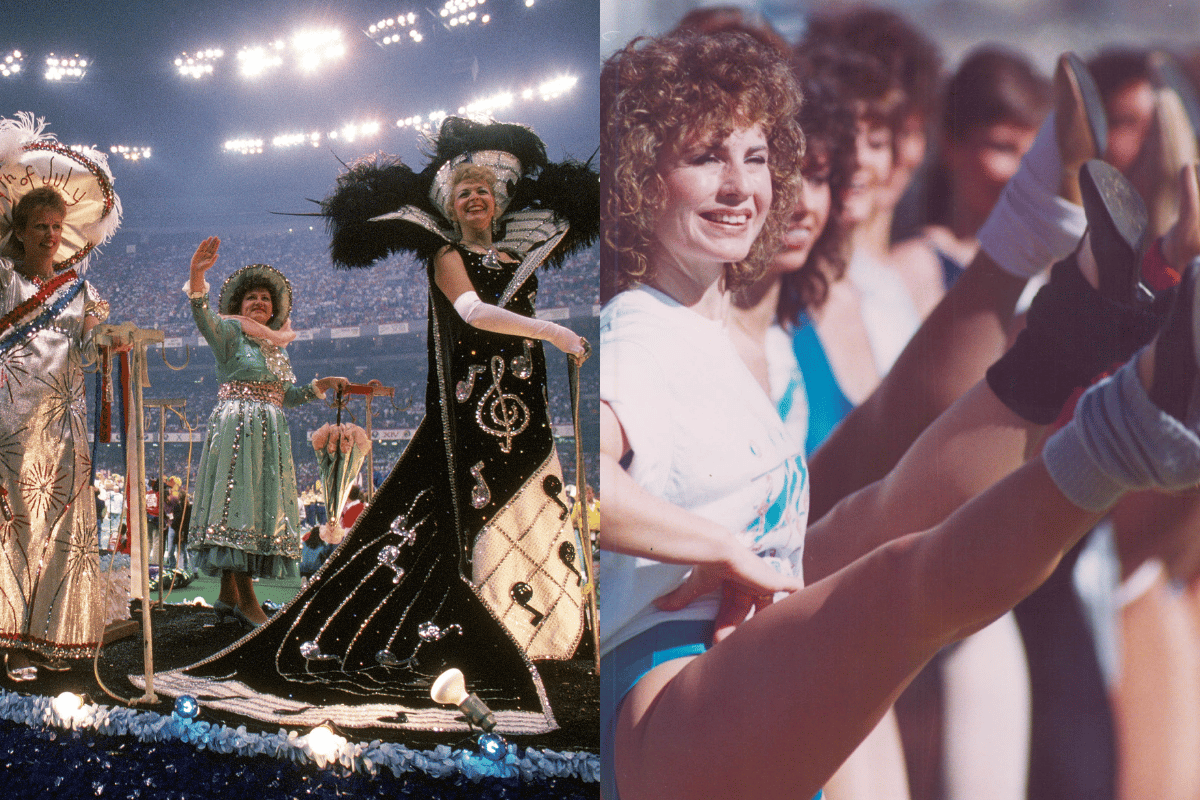 3. Michael Jackson transformed the Super Bowl halftime show into what we know it as today.

It wasn’t until Michael Jackson performed in 1993, that the halftime show became a big production and all about showcasing the best in the music business.

His performance got higher ratings than the game itself, and it marked the first-ever increase in ratings at halftime.

With 133 million tuning in, it remains one of the most-watched halftime shows and one of the highest-rated telecasts of all time. 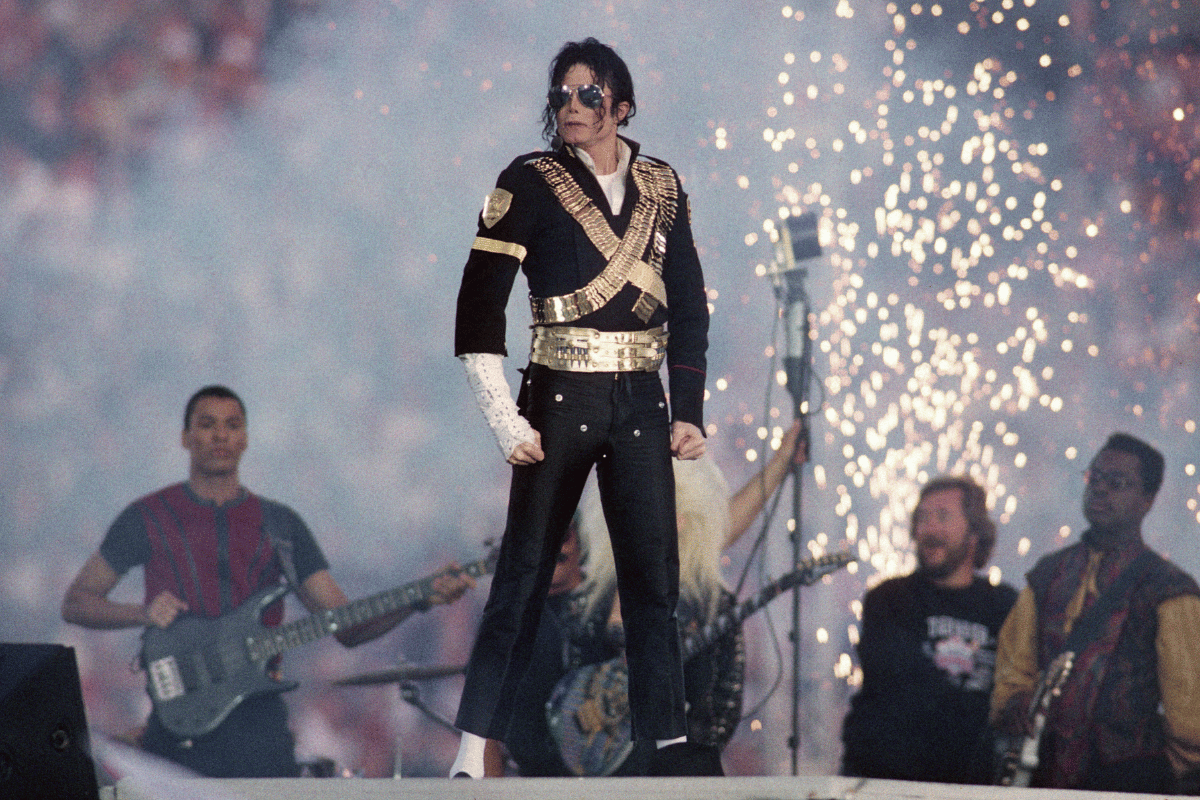 Artists performing at the Super Bowl halftime show historically have made nothing.

"We do not pay the artists. We cover expenses and production costs," NFL spokesperson Joanna Hunter said to Forbes in 2016. It's rather the massive exposure and the opportunities that come with it that entice musicians and performers.

Last year's headliner The Weeknd contributed US$7 million of his own funds to make his halftime show "what he envisioned". This amount was on top of what the sports organisation fronted, which has been reported to cost as much as US$10 million.

Mary J. Blige shared her thoughts on not being paid for this year's show.

"Listen, you're gonna be paid for the rest of your life off of this," she told The Cruz Show, confirming that her performance is unpaid. "People are gonna be knocking at your doors. It's an opportunity of a lifetime. They don't have to pay me, but if they was paying, it would be a lot of money." 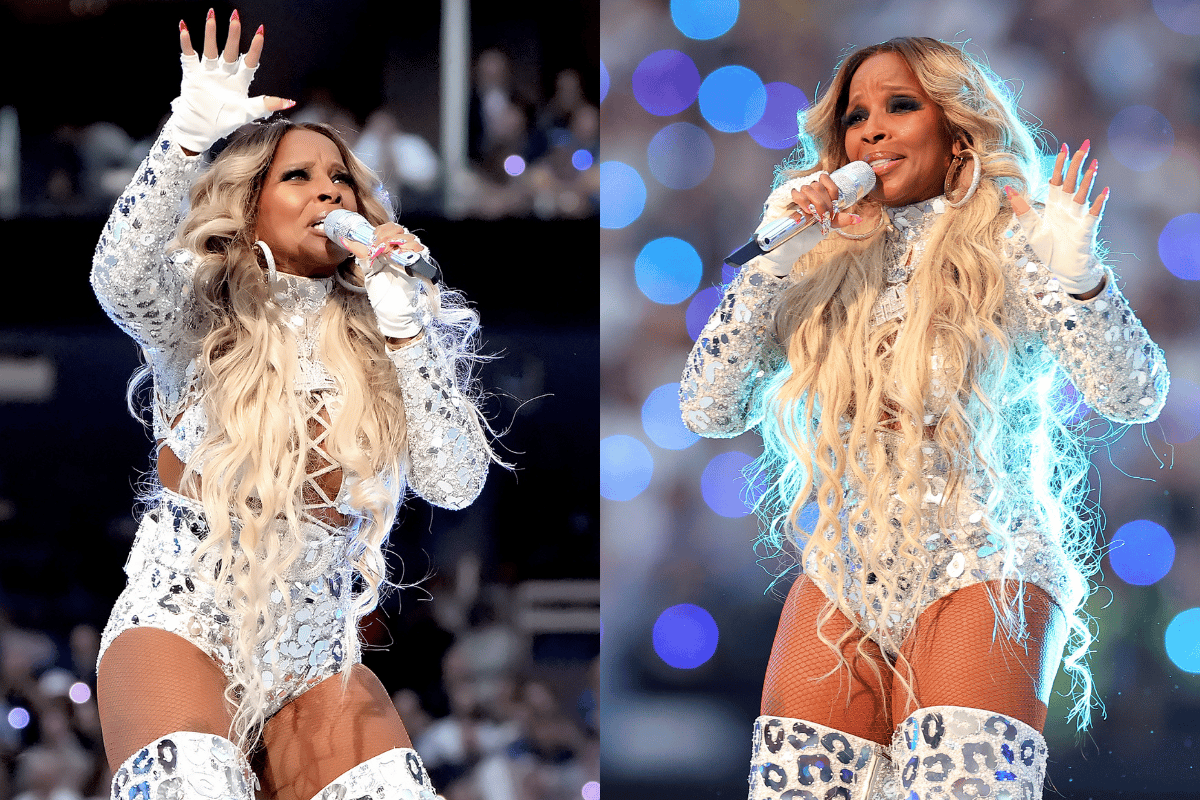 And amazingly, it kind of makes sense for the advertisers to spend what they do.

According to a survey from Advocado, 42 per cent of Super Bowl viewers will tune in specifically to enjoy the advertisements. In fact, 50 per cent of viewers (predominantly American) have purchased a product or service based on one of these commercials.

If you're keen on seeing some of the 2022 Super Bowl ads, check them out below!

We do not pay ... It's rather the massive exposure and the opportunities that come with it

I thought that line to entertainers of 'we can't pay you, but the exposure will be good' was a scam?

Reply
Upvote
@simple simon there's a bit of a difference between "give me free stuff and I'll show my 237 instagram followers" and performing with a multi-million dollar budget in front of (an estimated) 117 million people.
M
mamamia-user-482898552 6 months ago

Reply
Upvote
@simple simon What is curious is that none of the artists actually need the exposure. Dr Dre is hardly struggling to make ends meet...
S
simple simon 6 months ago

Reply
Upvote
1 upvotes
@rush But this is the producers saying it to the performers. But yes, the Super Bowl is probably an extreme case where this would actually be true. (And thinking about it, as they cover all production costs, i assume that means their team would be being paid.)
But on your point, i heard that cosmetic surgeons have influencers contacting them asking for free cosmetic surgery in return for telling their followers.

Reply
Upvote
@simple simon not just plastic surgeons, I've heard of all sorts of people being asked for stuff for "exposure". Artists, restaurants, small designers. And look out if you're a wedding vendor of some sort - caterers, florists, hairdressers/make up artists, musicians...
In this case, I don't think the performers are necessarily lacking in exposure, but this is also an opportunity to show what they do to people who might not be their usual audience. And as mentioned in the article, some past Superbowl shows have become iconic, who wouldn't want a chance to be a part of that!