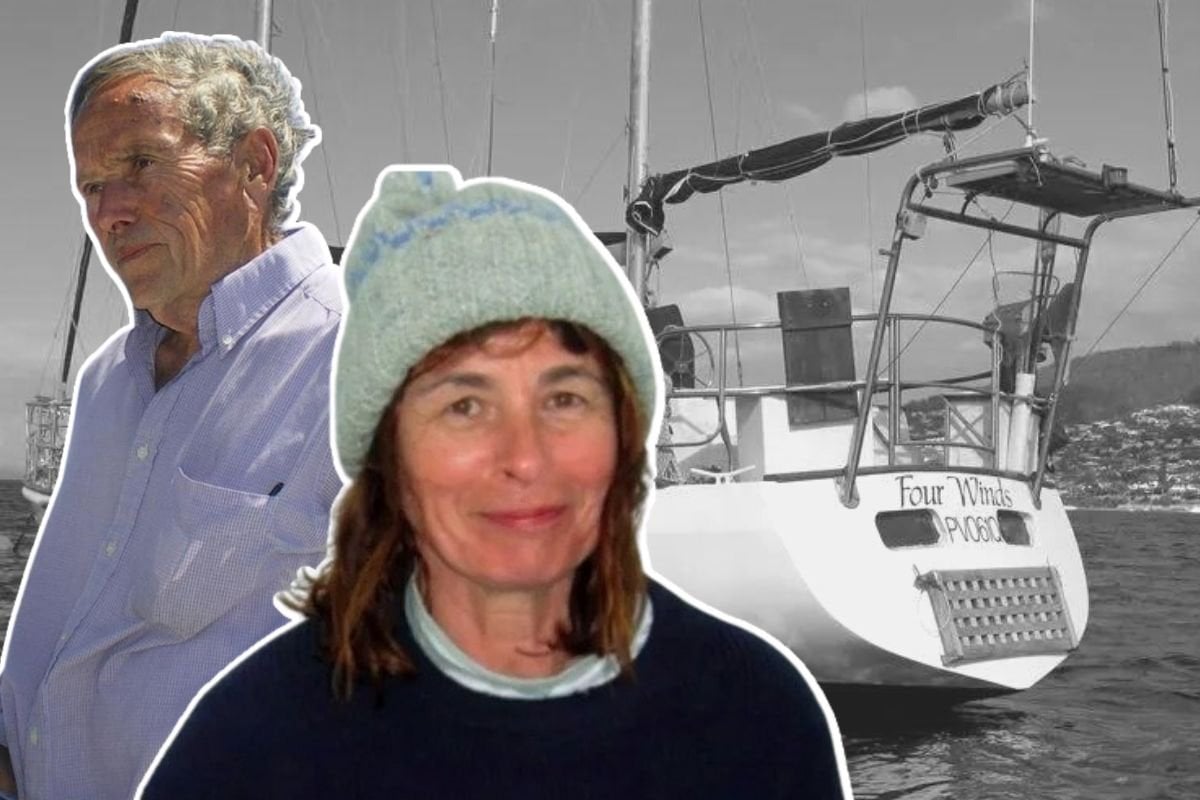 This month, August 2022, Sue Neill-Fraser is eligible for parole after 13 long years behind bars in a Tasmanian prison.

She was convicted of murdering her partner of 18 years, Bob Chappell, after he disappeared from their boat, Four Winds, in January 2009.

Chappell's body was never found, there was no murder weapon to be seen and no physical evidence tying Neill-Fraser to the crime. But a jury believed the prosecution's version of events; that she killed Chappell after a fight, hitting him over the head with a wrench before disposing of his body in the River Derwent.

"She's due for parole, but she's not going to take parole," author of Death On The Derwent Robin Bowles told Mamamia's podcast True Crime Conversations recently.

Listen to the full chat below. Post continues after podcast.

"She's not going to admit to something she didn't do, and usually to get parole you have to say you're sorry.....she's told everyone she's staying there until she's exonerated."

Neill-Fraser's case and conviction has become one of the most controversial in Australia, with Bowles comparing her treatment to that of Lindy Chamberlain who was wrongfully imprisoned for the murder of her baby, Azaria, in 1980.

'Sue's supporters' have been fighting for her since she was first jailed, with a recent Change.org petition calling for an independent judicial inquiry into her conviction. It had garnered just over 34,000 signatures at the time of writing.

All the evidence against Neill-Fraser is circumstantial. As far as Bowles is concerned, the now 67-year-old "talked herself into prison." 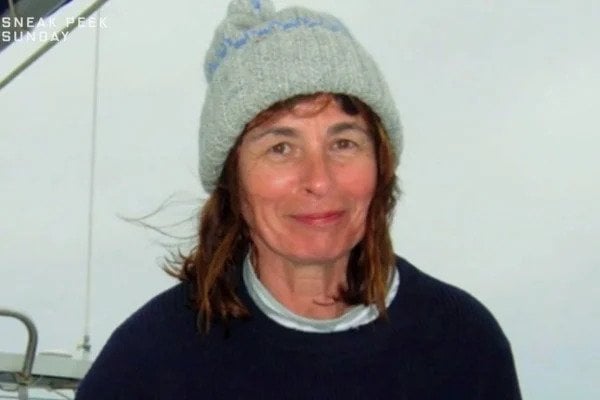 Sue Neill-Fraser is serving a 23 year sentence for the murder of Bob Chappell. Image: 60 Minutes.

Her story, at the start, had many holes. She told police she went to Bunnings in the afternoon after taking a dinghy back to shore and leaving Chappell on the boat. But Bunnings was closed that afternoon due to it being January 26 - a public holiday.

She told authorities she had no idea whose red jacket was found hanging over a fence on shore the morning after. Turns out it was from the boat - a spare they kept for guests.

She told authorities she didn't leave her house the night of the murder. Turns out she did a drive-by of Sandy Bay where the boat was moored, in the middle of the night, just to check it was okay. Her car was caught on CCTV.

"Sue is an interesting woman. I've gotten to know her pretty well, and I always say to people she talked her way into prison. She really did. The thing is that she did go to Bunnings most days... she made a mistake saying she went to Bunnings that afternoon. The other thing about the trip down to the water, she didn't tell them that at first, because she felt very early on that the police were targeting her and nobody else," Bowles told True Crime Conversations.

"I think that because Sue was quite anxious about the attitude of the police, she didn't tell them about that trip initially...but she did in the second interview."

It didn't help that Neill-Fraser wasn't a very good 'victim.' The media and armchair experts were quick to notice that she didn't seem emotional (in their eyes) about the death of her partner.

"They tagged her as another Lindy Chamberlain 'she didn't care'," said Bowles. 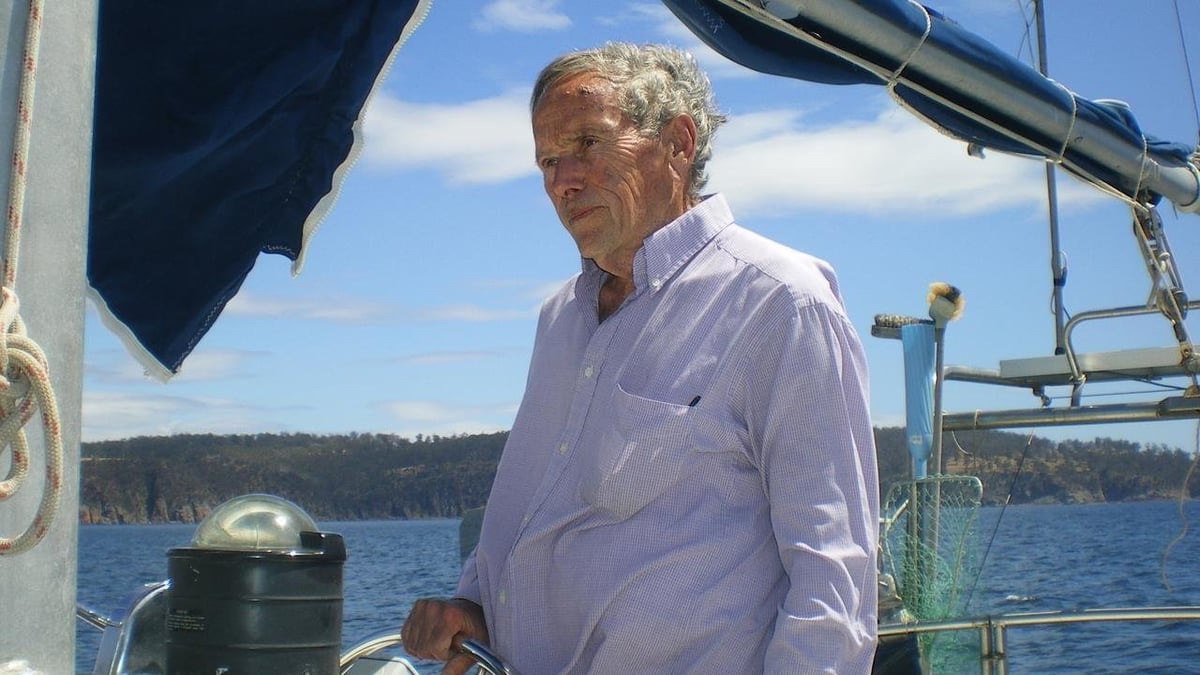 As for the boat, on board police found evidence Four Winds had been sabotaged. A 75 millimetre pipe near the toilet had been severed, allowing water to rush in, and the sea-cock (a valve that allows water to flow in and out of the boat) was open.

Blood splatters were found on a lounge suite, step ladder and a torch, and a knife was discovered lying on the floor.

Police honed in on their main suspect, charging Neill-Fraser with murder seven months after Chappell's death.

At Neill-Fraser's trial in 2010, it was put to the jury that she wrapped his body up with a fire extinguisher, and either dragged him up two flights of stairs, or winched him up through a small hatch, before lowering his body into a dinghy.

As Bowles explained, Neill-Fraser had a bad back from her horse riding days.

"It's highly unlikely that someone of her age and strength and ability would have been able to do either of those things in my view," she said.

But by far the most compelling evidence weighing in Neill-Fraser's favour, is the discovery of female DNA that was found on Four Winds by police, that was eventually linked to a local homeless teenager called Meaghan Vass when she was arrested for shoplifting a few months later.

Police went to the shelter the 15-year-old had been staying at, where they found out that Vass had told the front desk she was going to say with friends the night of Chappell's murder. They visited the address and discovered it didn't exist.

They tried to make her come into the station three times for an interview, but she didn't turn up.

By the time Neill-Fraser went to trial, that lead hadn't been exhausted. Vass hadn't even been interviewed, and Neill-Fraser's defence wasn't made aware of the fake address situation.

"There was a lot of material withheld from the defence during the trial," said Bowles.

To account for Vass's DNA being on the boat, it was suggested that someone had trodden in it elsewhere, and walked it onto the boat.

But as Bowles pointed out, "If you have DNA on the sole of your foot... think of stepping in dog's poo, you leave a horrible bit the first time and if you don't notice it, you've got another dirty step...

"But there was nothing leading there [to the DNA sample on the boat], it was just in that one place."

She told the program she boarded the Four Winds with two other males – one of whom would often steal items from yachts to sell for money.

She says she witnessed a brutal act of violence at the hands of one of the men, after Bob spotted them onboard.

She told reporter Liam Bartlett she was unsure how the two men she was with disposed of Chappell’s body, or how she returned to shore in Sandy Bay.

But this is a story she's also told Bowles. In fact, she's told it quite a few times over the years to various people. But when she was put in a court-room under cross-examination during Neill-Fraser's appeal in 2021, it didn't bode well.

"Poor old Meghan's sitting there on her own looking at these three judges terrified.... the DPP went at her for a day and a half and absolutely tore her to shreds," said Bowles.

It got to the point where Vass just started to crumble, telling the DPP what they wanted to hear so she could get off the stand.

"She was getting so stressed that she just kept saying 'yes yes, can I go now? Yes, can I please go now?' It was a nightmare sitting there and watching it... I've never seen a performance like it to be honest, I thought it was a disgrace."

As a result, two of the three judges on the deciding panel dismissed the appeal, although the third, Justice Stephen Estcourt, said he would order a retrial.

Estcourt's judgement read; "I would uphold the appeal and quash the appellant's conviction for murder," giving Neil-Fraser and her family hope to keep fighting.

On August 12, Neill-Fraser's lawyer will make their case to the High Court. There, in Australia's highest court, they will once again try to appeal her 2010 murder conviction.

If she's unsuccessful and remains steadfast in not admitting guilt and therefore not applying for bail, Neill-Fraser will remain behind bars until 2032. She will be 77 years old.

For Bowles, who has for years been very critical about the way this case has been handled, there is a lesson for all of us to take home from Neill-Fraser's story.

"If ever you're arrested, all you have to do is give the police your name and address. Nothing else. If they ask you anymore questions, you say 'no comment.' Do not help the police with their inquiries... that's what I want you to take home," she told True Crime Conversations.

"If Sue had said nothing, and basically said 'you prove it, I'm not saying anything' then she probably wouldn't have been convicted."

Reply
Upvote
Hmmm, I don't know... I was required to read up on this case, including the information about the girl, when I worked for a small news outlet and there were a lot of things I found very odd. Like apparently the lady was already referring to her partner in the past tense when she'd just found out he was missing. And apparently she went on to the boat and touched things while the police were still searching it, which meant those items couldn't be tested because they were contaminated. I could see why the police were suspicious. That doesn't necessarily mean she did it of course, but such odd ways to behave.
L
laura__palmer 15 days ago

Reply
Upvote
1 upvotes
Sue is a strange lady who didn't behave "properly". There was certainly not nearly enough evidence to convict her, as far as I can see, and I don't understand how a jury reached that conclusion, nor do I understand why this hasn't been overturned. I don't think she's guilty of this, it would have been impossible for her to carry it out. Another good podcast on the case is Who Killed Bob. Goes into some pretty good detail.
Resources
Very Peri
Skin
News
General
Opinion
True Crime
Politics
Sport
Explainer
Entertainment
Celebrity
Reality TV
Movies
TV
Books
Rogue
Royal
Lifestyle
Beauty
Fashion
Weddings
Home
Wellness
Health
Fitness
Travel
Food
Family
Before The Bump
Pregnancy
Baby
Kids
Teens
School
Parent Opinion
Work & Money
Money
Finance
Career
Lady Startup