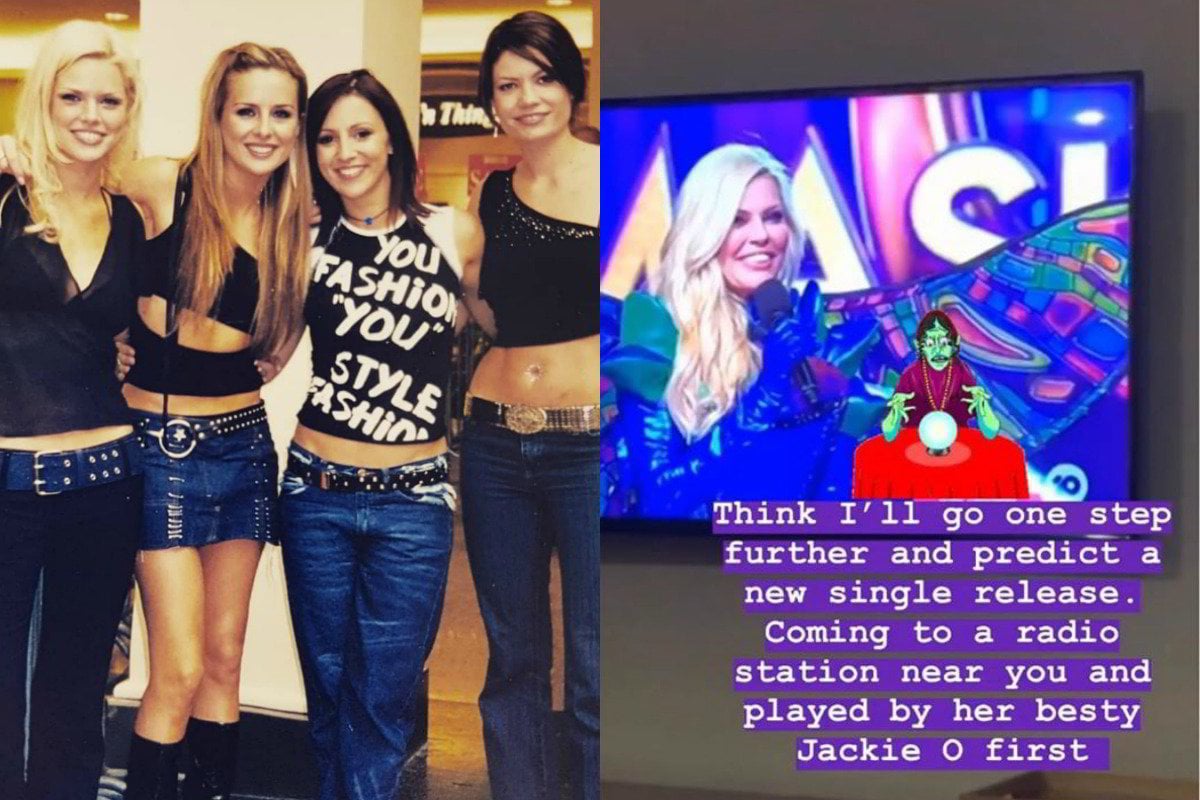 1. Inside the drama unfolding between Sophie Monk and her ex-Bardot bandmate Tiffani Wood.

In extremely unsurprising news, Sophie Monk was revealed as the Dragonfly on The Masked Singer last night, but apparently not everyone was stoked with this revelation.

Former Bardot bandmates, Tiffani Wood and Sally Polihronas, responded to the news via a few shady Instagram stories captured by the So Dramatic podcast, and strap in, the drama is wild.

In two consecutive stories, Tiffani Wood wrote: "I thought Sophie was too busy for a Bardot reunion, I mean she's wearing a dragonfly costume singing on a stage while I have to try and get 6 kids to sleep before the show comes on..."

"Think I'll go one step further and predict a new single release. Coming to a radio station near you and played by her besty Jackie O first."

NASTY!!! Sophie Monk‘s former Bardot band member Tiffany Wood has taken a savage swipe at her!! 😱☕️👀 Ouch!! I guess this means a @bardotofficial_ reunion is definitely off the cards then😭😭 (Ps I hope @sophiemonk does have a single in the works) 😂🙏🏼 #themaskedsinger #themaskedsingerau

Fellow bandmate Sally Polihronas seemed to share Tiffani's sentiment, sharing the posts to her story with the caption: "BOOM".

Tiff Wood then responded to So Dramatic's post in their DMs, writing: "Lol it's not savage, it's true. She's recording a song. People are so quick to judge and interpret things how they like. No gloves, just truth."

She then included a screenshot of her and Sophie's private message, confirming that Sophie Monk would be coming out with a song: 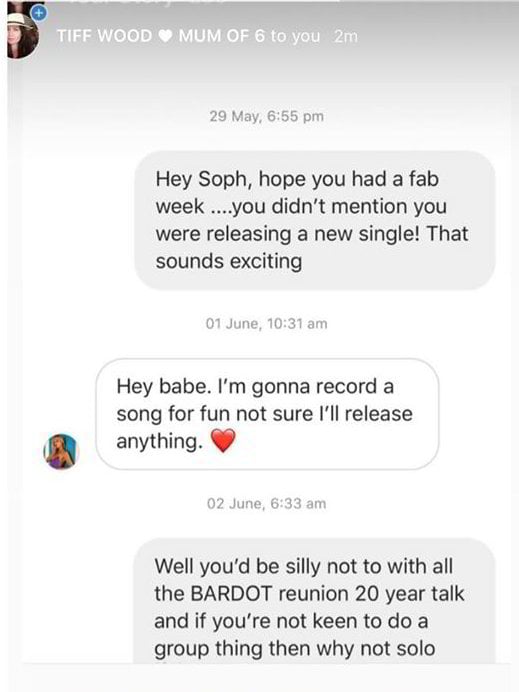 The posts that have been shared on So Dramatic gathered lots of response, calling Tiffani out for being "jealous", which led to one final response from the singer where she labelled the comments a "sarcastic joke": 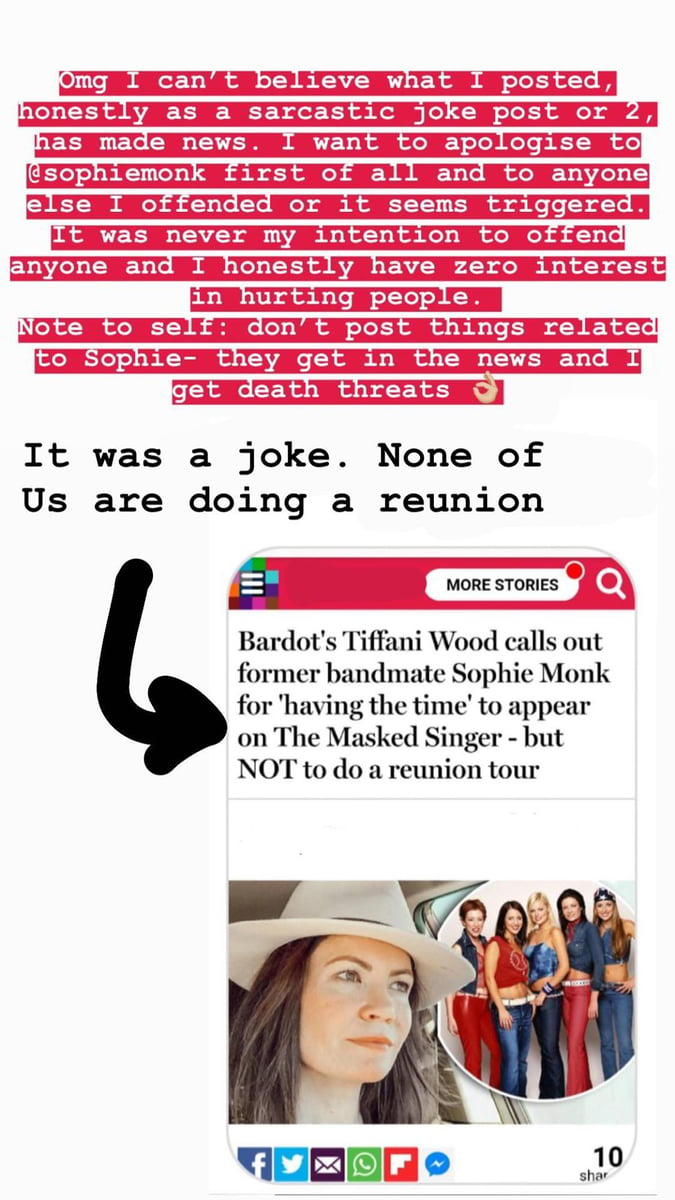 When asked about Tiffani's response to her Masked Singer reveal, So﻿phie told Nowtolove: "I don't wish bad on anyone, to be honest. It's been such a tough year…I've got nothing to say. I wish them all the best, honestly."

2. The top 10 for The Bachelor has been leaked and we're not even trying anymore.

We're only two weeks into The Bachelor and the spoilers are already coming in thick and fast.

And now it looks like we may know the top 10 women who will be left vying for Locky Gilbert's heart.

As noticed by the Bachiefunny Instagram page, one of the early promos for the show features a Zoom date with 10 women. So we're going to go out on a limb here and say these are most likely our final 10 contestants.

19 girls left on tv, only these 10 featured in early promos showing how they filmed over Zoom during covid shutdown. Honestly swear I've been sent about a billion different lists for who the finalists are haha but safe to say this is top 10 at least? #thebachelorau

Of course, there's also a possibility that the footage could be from a Zoom group date. But either way, it looks like front-runners Irena Srbinovska and Bella Varelis make it far into the competition.

3. Locky reveals that he's "madly in love" and still together with his Bachelor winner, so 2020 has some hope.

Despite being a mere four episodes into The Bachelor, it seems we know everything that happens going forward.

We've heard rumours about who the top five are, who the top four are and plenty of speculation surrounding who the winner might be. And now Locky has confirmed that they're still together and "madly in love".

After the official Instagram account for the reality TV show uploaded a birthday tribute to this year's Bachelor, a follower questioned whether Locky was on the show for the right reasons.

A massive Happy Birthday to our dreamy Bachelor! 🎉 #TheBachelorAU

"Just hope you're not fake! Been reading in magazines the whole show is fake! If it's true, I don't like it because you are playing with innocent victims unless you are all acting!"

Locky responded with, "I can happily tell you I am madly in love and we are still happier than ever together".

And that's not the first time Locky has confirmed his relationship.

While appearing on The Kyle and Jackie O Show, Locky announced that after the show wrapped, the new couple had a "rendezvous". But they haven't seen each other since.

"We had the rendezvous after the show, but because of COVID-19 and being locked up in a house in Perth, we haven't seen each other yet and it doesn't look likely to see each other until after the show," he said.

To which Kyle asked him to be a little more specific about what "rendezvous" means.

"This rendezvous when you spent the night with each other, is that when you took it to the next level?" Kyle said.

And Locky responded, "Use your imagination, Kyle. It's been a long year".

While we don't know who the winner is (just yet) we do have some guesses.

4. "Treated like a child." Paris Hilton has spoken about Britney Spears and her scary situation.

During a profile for the Sunday Times, Paris Hilton weighed in on Britney Spears and her current battle with conservatorship.

"It breaks my heart that people have so much control over her," Paris told the publication.

"It's not fair to be an adult and be treated like a child. I can't imagine having to live my life like that." 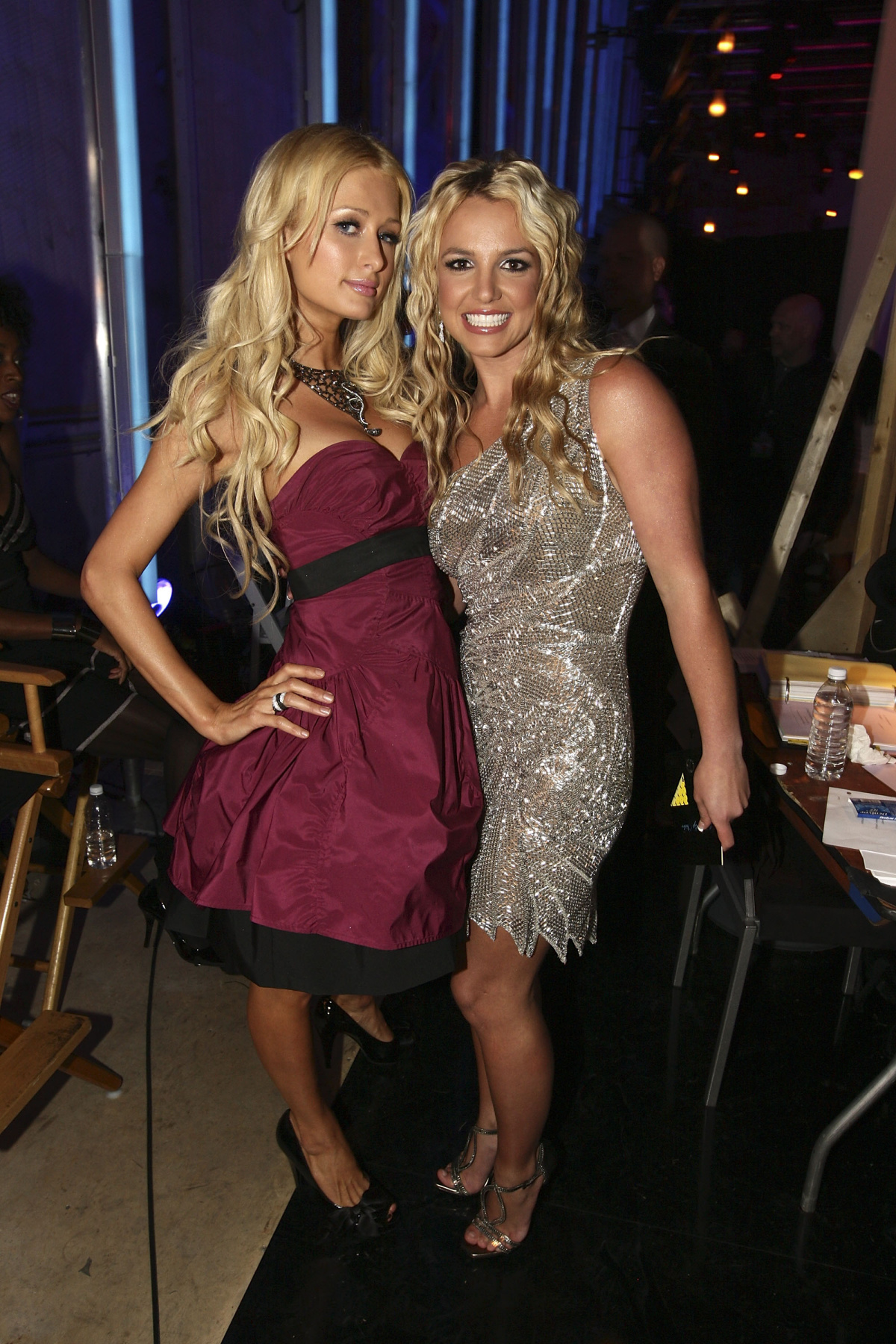 Britney Spears, who is currently in the thick of her long-running legal battle, has asked for her father to be removed from her conservatorship.

In 2008, Britney's father, James "Jamie" Spears, became her conservator after she dealt with a number of mental health struggles. That means, he has all control over personal and financial affairs.

But when Jamie Spears' health became a concern in 2019, a professional conservator – Jodi Montgomery – took over the role. However, he's now looking to take it back.

According to the New York Times, Britney Spears has spoken up and explained that she is "strongly opposed" to her father reprising the role and she wants Jodi Montgomery to stay her conservator, permanently.

"Without in any way waiving her right to seek termination of this conservatorship in the future, Britney would like Ms. Montgomery’s appointment as conservator of her person to be made permanent," the new filing reads.

We open on Alex having a couch think.

On last night's episode, Henrietta told him she didn't think he was the right person for her and then... walked away.

Alex is sitting on the couch and he has no idea whether Henrietta is going to turn up.

In an unexpected turn of events because... drama and also... gossip... Henrietta walks up and joins Alex on his thinking couch. She's sorry about that one time she brutally rejected him on national TV and yeeted out of there.

They sit on the couch and laugh about how she moved to Cunnamulla to get to know him and then brutally rejected him when he came to the "big smoke". 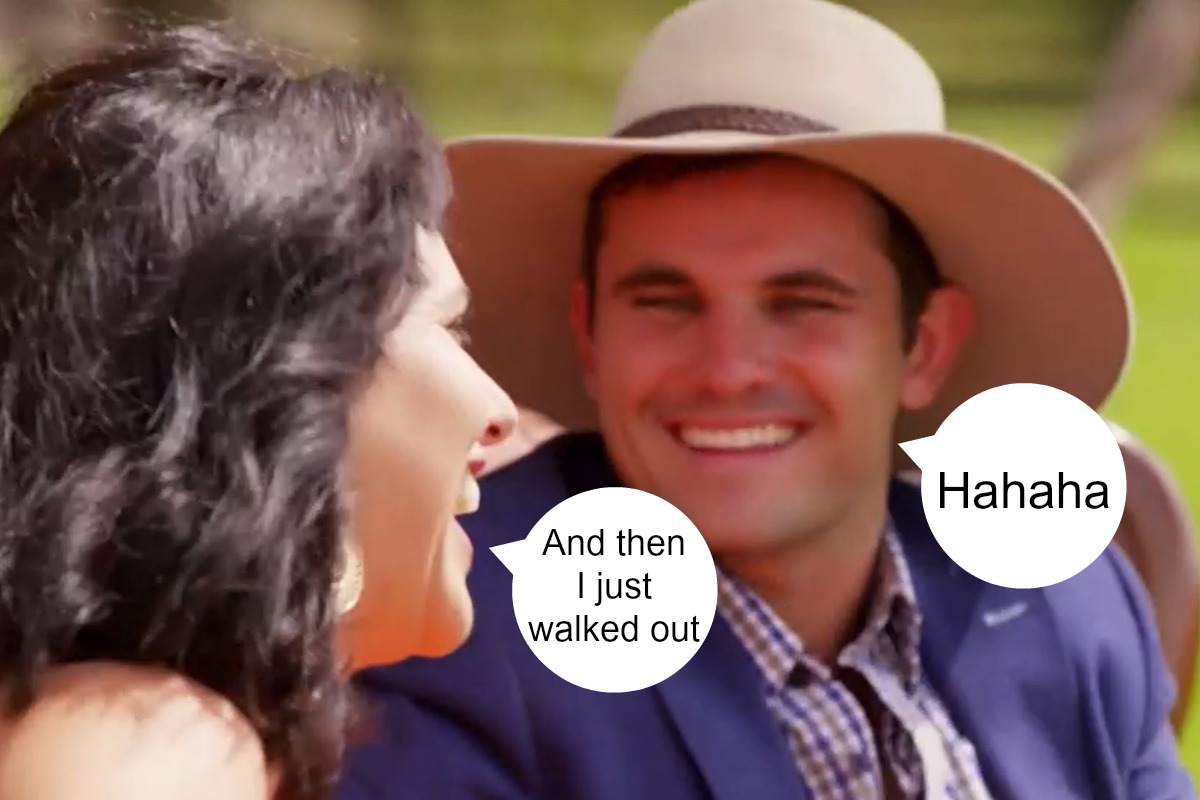 Then Alex tells Henrietta that she's actually not the right woman for him.

She says that's ok and walks away before telling the camera that she was actually really into him.