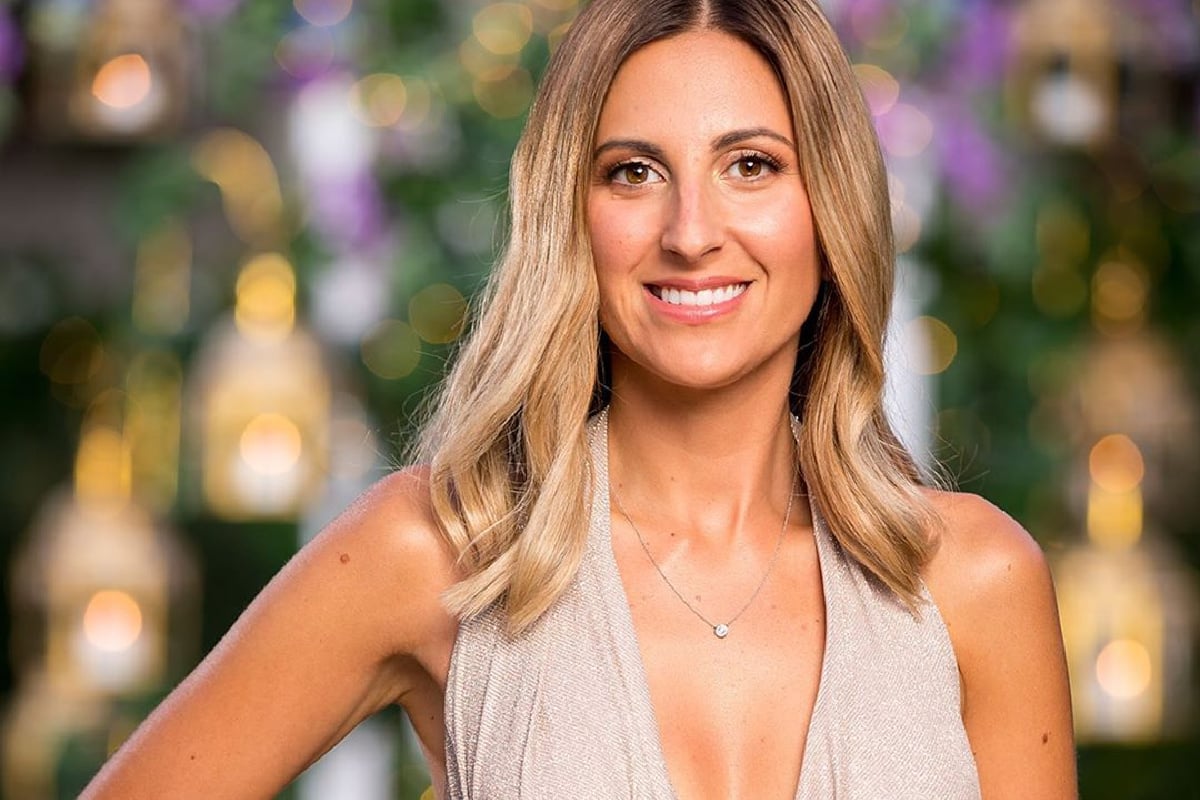 It's only been a week since The Bachelor began, but we already have bets on who's going to steal Locky's heart.

Many think Bella Varelis will come in first place, while others are convinced Irena Srbinovska has it in the bag.

And now, another contestant from the season has shared her theory about exactly who she thinks will win out of the two of them.

But before we make up our minds about who we think will win this season: Who is Irena Srbinovska?

Here's everything you need to know about the 31-year-old nurse, and the rumours currently circulating about her.

Irena was a favourite from day one.

During the first episode, Irena turned up to the mansion with a stethoscope and got Locky out of his clothes to check his pulse. After that, there was a connection between them.

But before that moment even aired, both TAB and Sportsbet labelled Irena as a frontrunner this season.

And now a week later, the sports betting company are still certain she's in the lead.

At TAB, Irena has odds at $1.35, while Bella has odds at $2.50. The closest contestant to them is Steph Harper (most likely because of her fantastic acting during the photoshoot) sitting at $11.

One of this year's 'villains' Areeba Emmanuel has given her two cents about who will win in the end. And hint: it won't be Bella.﻿﻿

When speaking to The Confidential, Areeba questioned the early connection between Locky and Bella.

"Where is the suspense?" she said.

"In all honesty, if I was making the show and Bella won, I would be like, 'oh okay'. I think Irena [will win]. I think Bella is too obvious, there is way too much connection already. Irena is a sweet girl."

In almost every previous season of The Bachelor, when the winner walks in on the first night she's given the winner's edit.

Meaning, when she walks in to meet the Bachelor, we see her slowly step out of the car, the music slows down and we watch their encounter for much longer than the other contestants. 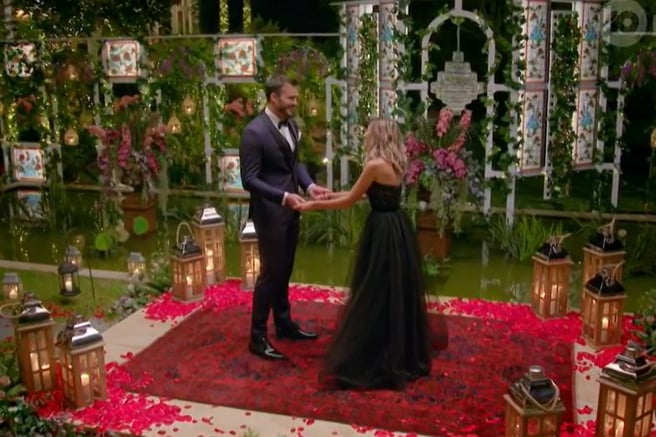 It's been the case for all successful seasons - Matty J and Laura Byrne, Sam and Snezana Wood, and Tim Robards and Anna Heinrich.

This season, two women got this edit. And yes, you guessed it; it was Bella and Irena.

But out of the two of them, many people are convinced that because Bella got so much airtime early on, it will be Irena who ultimately leaves with Locky.

Life before The Bachelor.

As we know, 31-year-old Irena is a nurse from Melbourne.

"Life as a nurse is messy, challenging and an endless cycle of shift work but it's also the most rewarding and inspiring job," she wrote on her Instagram.

"I am so proud to call myself a nurse and I am so blessed to be surrounded by such incredible nurses every day."

She's also a mother to two dogs, Leo and Maggie.

And she loves to travel. That'll be a huge tick in Locky's book.