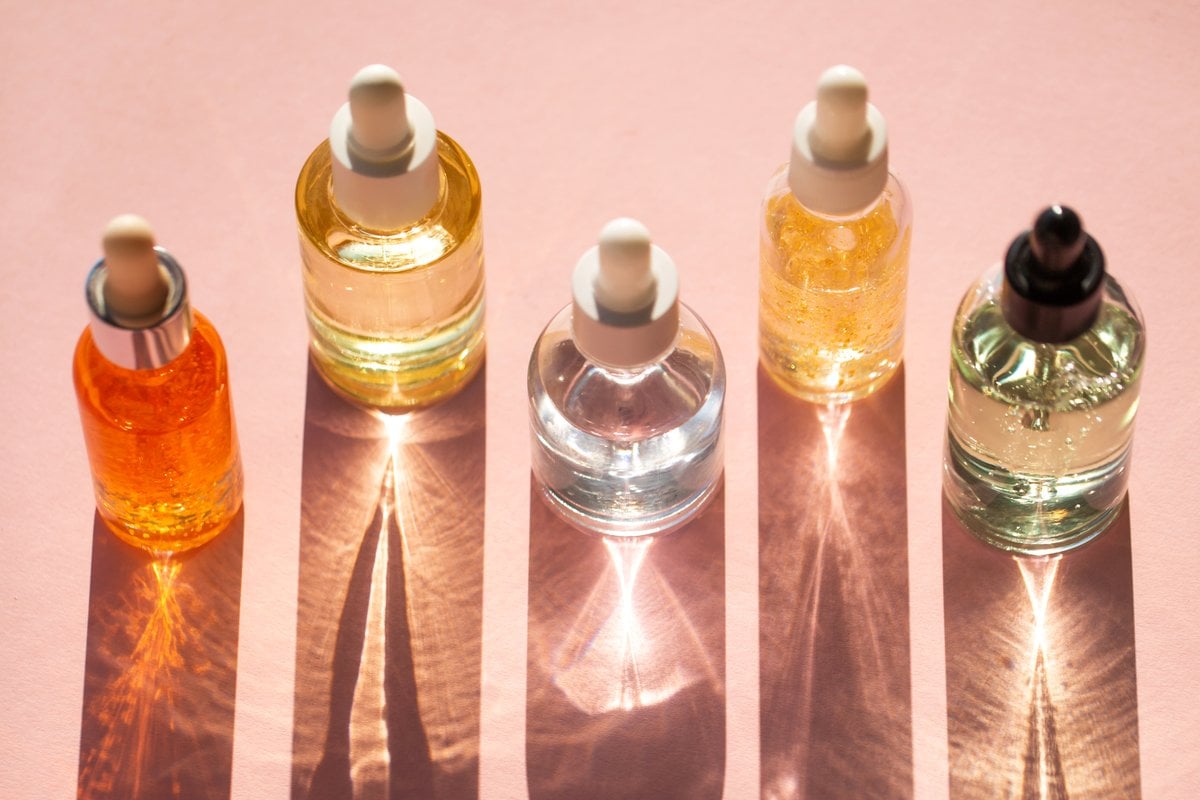 You know what's a real kick in the toot? When those spendy skincare products you bought didn't 👏 do 👏 a 👏 bloody 👏 thing.

Gah. It SUCKS. Especially when you've spent weeks reading up on the reviews and getting yourself all worked up into an excited mess (cya acne! bye redness! sayonara dark spots!).

Watch: If your new skincare products just aren't cutting it, here are 7 ways to improve your skin while sleeping. Post continues below.

The truth is, though - when it comes to skincare, a lot of us probably pay for fancy packaging and not much else.

But that's cause there's no real regulations around what kind of fancy claims and promises brands can slap on the front of packaging.

Listen: Why do skincare companies want my DNA? Find out on this episode of You Beauty. Post continues below.

Like, just because it looks good and costs a lot of money, doesn't mean it's actually worth it... y'know?

So what's a dame to do? How do you know if the skincare products you're spending on will actually work?

Well, apparently there's one sneaky trick that'll help you stop wasting your money on over-priced products - and you're going to wish you knew about it earlier.

It's called the ✨one per cent rule✨

What is the one per cent rule?

Okay, so do you know how skincare products list ingredients in order of concentration? No? Well, the closer an ingredient is to the front of the list, the more of it that's actually in the formula.

However! In a video posted to TikTok, cosmetic chemist Javon Ford explained that there's a sneaky exception to this approach.

"There’s a concept in cosmetic chemistry called the one percent line," he said. Any ingredient listed to the right of this 'line' is basically non-existent.

"This is important because if you’re paying for ingredients like vitamin C or niacinamide, if they’re listed to the right of the line, they’re not really in the formula, and it’s basically a waste of money," said Ford.

How do you know where the one per cent line is?

So, there's no actual 'line' as such - so to figure out where the one per cent line is, you have to look out for a few specific ingredients.

These are ingredients that Ford said will rarely ever be more than one per cent. Meaning? Anything that follows them on the ingredients list is below the one percent line.

According to Ford, ingredients such as phenoxyethanol, parabens, disodium EDTA, sodium benzoate, and potassium sorbate will never be listed at a concentration higher than one percent. The same goes for ingredients like fragrance, essential oils, and extracts.

So, as we mentioned before - anything listed after these ingredients are formulated at less than one percent, too.

Meaning? If you're buying a niacinamide serum and the word 'niacinamide' is listed after one of the above ingredients, then you're getting ripped off. Sad face.

Check out the full video below:

Does a higher percentage mean it's more effective?

While you obviously don't want to be shelling out money on a niacinamide serum or lactic acid serum that's only got one percent of the hero ingredient in it, it's also important to keep in mind that a higher percentage doesn't always mean the product is more effective.

For example, too much of an ingredient - especially when it comes to actives - can really mess up your skin/burn your face off. Especially if you're someone with sensitive or reactive skin.

However, in saying this, the one percent rule is a good-to-know kinda thing - and it'll only make this confusing game of skincare a little easier.

So, save the list of one percent ingredients above (chuck it in the notes section of your phone!), and next time you're spending money on skincare products, pull this up and do some investigating.

What are your go-to skincare products that work? Share some of your favourites in the comment section below.