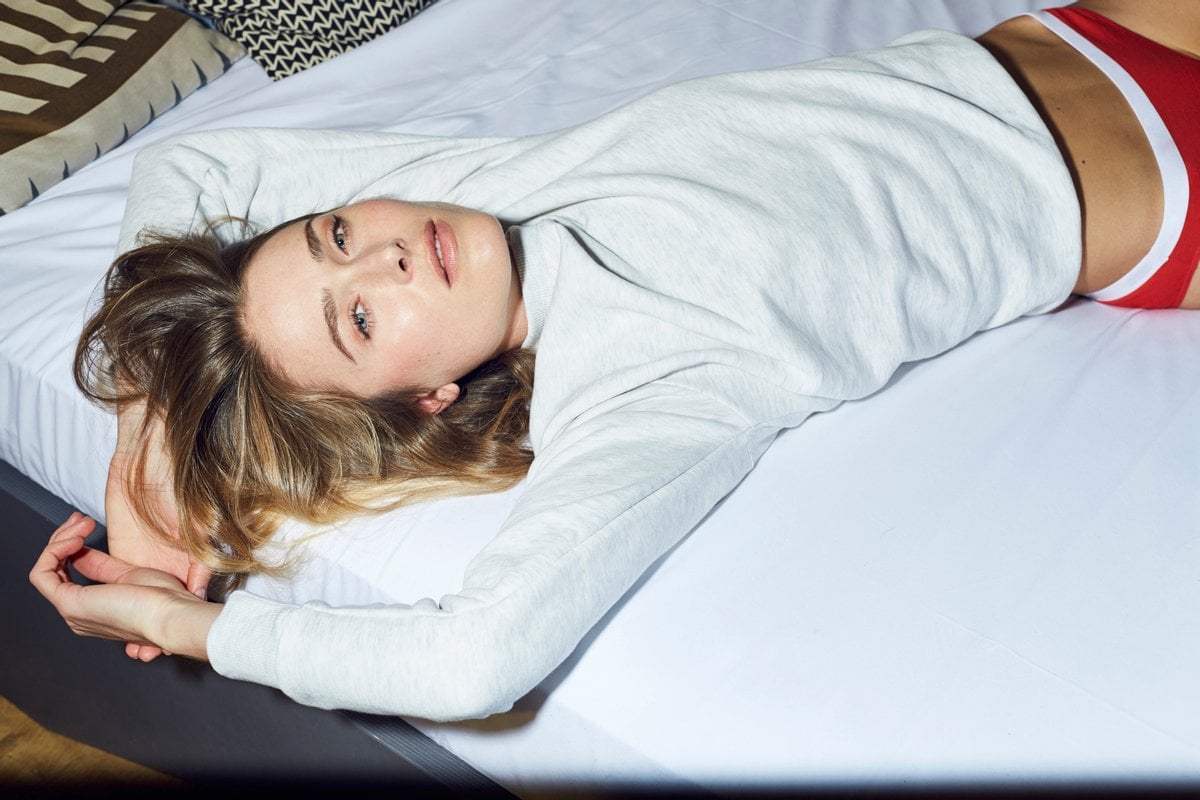 When you move back home at 30 because of a pandemic, your sex life severely diminishes.

But I’ve never been one to let anything stand in the way of a good time.

It was my first day of freedom after two weeks of COVID quarantine and I didn’t even make it to nightfall before I’d breached social distancing guidelines.

His name was Rob.

We’d first hooked up in 2009 on a sleazy nightclub dance floor. Three years later we briefly dated during a whirlwind trip back home in 2017.

So I wasn’t in the least bit surprised to find myself half-naked and riding Rob on the back seat of his ute just hours after we met for the first time in years.

Following fish and chips and a lingering kiss at the beach, we’d driven along the coast until we found an almost deserted and barely lit car park.

He kissed my neck, his stubble grazing my skin. It sent tingles running through my body.

Tugging my dress down, Rob popped my boobs out and began sucking, teasing and pulling at my nipples.

Grinding against him, my clit was completely stimulated as I bounced up and down, feeling myself getting closer and closer.

With a hand over my mouth to silence my screams, I came harder than I ever have before.

It was good to be back.

But all wasn’t as it used be and it soon became apparent that our options for privacy were going to be limited.

Rob was also crashing at his mums, so - more often than not - that naughty blue 4x4 became our last resort.

And by the time I left home once again four months later, I knew every inch of the ute, inside and out.

We took the beast up north on a camping trip, with a pop-up tent on the roof. While at night we made full use of the temporary bedroom - squished between fellow campers at family caravan parks - we grabbed opportunities where we could during the day.

Driving along a dirt track one morning, Rob gave me a sexy side-eye as he came to a stop.

Within a minute he had me lying on my back on the bonnet, my dress thrown open as he thrust into me. Reaching my hands up to hold on to the warm metal, Rob moved quicker and quicker.

In the far distance, we could see sand billowing. Another vehicle was on its way.

Turning me over, he grabbed hold of my hips, panting in my ear as he emptied into me.

The next night we were sitting on the tray of the ute, watching the sunset from an empty beach carpark. Drawing me towards him, Rob kissed me deeply.

As I slid onto his lap, he tugged on my bikini ties, letting it fall to the ground. Fumbling with his fly, Rob popped out, and I sunk onto him.

The act felt so public yet incredibly intimate. I’d never felt closer to a man, especially when he popped a finger in my butt, sending me spiralling over the edge and crying out into the evening air.

On one of my last nights in town, Rob took me to the drive-ins.

It was a fitting end to our very sexy summer fling. A crowded space and the cover of darkness. We were surrounded by other vehicles and lost ourselves in the temptation.

As the movie played, we lay back in the tray, bundled up under blankets. Rob squeezed me from behind, his big arms pulling me in.

I could feel him harden between us and knew he was ready to go.

Silently, and with as little movement as possible, I pushed my pants down and slipped my underwear off.

Despite the covers, I felt so exposed. And incredibly naughty.

I reached around to grab Rob and found he was throbbing. While he kissed my neck, I guided him inside me, taking him slowly so as not to make a sound.

As gently as he could, Rob began to drive in and out of me, as I struggled to keep it together.

He was in so far. I was so wet. And it felt so unbelievably good.

The risk of being caught only added to the thrill.

Pumping quicker, I tried to slow Rob, but he was so close.

All at once, he let go with a final thrust, and I bit down hard on my hand to stem the noises threatening to escape my lips.