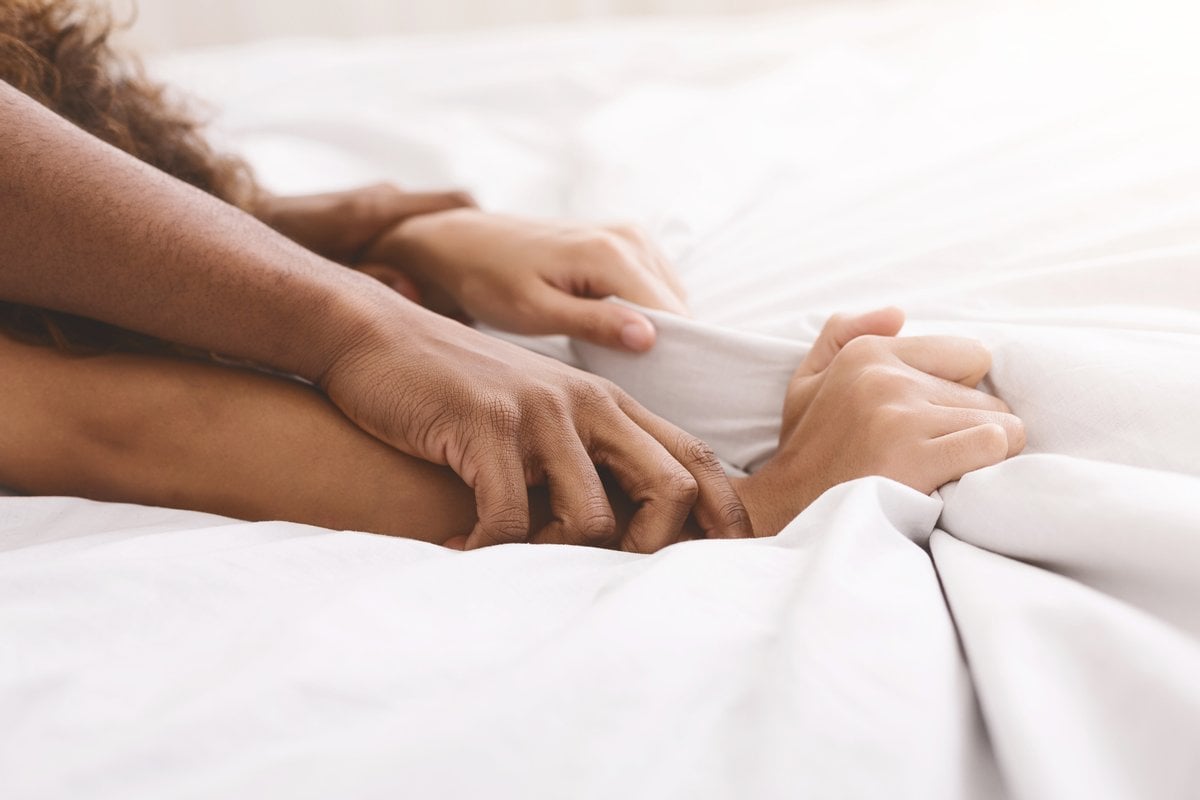 After a three-year relationship – and five months trying to get over it – I was ready to throw myself back out there.

But the dating game had severely changed since I was last on the market, and I had no idea how dating apps were meant to work.

So with the help of my housemates, I signed up to Tinder. Within days had my very first date in forever.

I was so nervous.

On my way out that night, my friend handed me a shot, and I knocked it back with all the faux confidence in the world.

By the time I arrived at the bar, I was more than ready to turn back around. But sitting outside waiting for me was Declan.

Tall with broad shoulders, a sharp haircut, and a black shirt, Declan was even hotter than in his photos. Smelling of cologne, he bent down to kiss my cheek and said hello in his sexy Irish accent.

Yet there was something endearing underneath his bravado.

Declan was also recently single, and just as shy as me.

We grabbed an outdoor table, and two-for-one cocktails soon blurred any awkward gaps in conversation. After happy hour ended, we split a pizza then Declan offered to walk me home.

On my doorstep, I invited him in.

With all my housemates fast asleep, we crept upstairs to my room. Sitting on the edge of my bed, I chatted nervously before Declan leaned forward and gently kissed me.

Laying me back on my sheets, I looked up at him timidly.

I hadn’t been with anyone else for three and a half years. I didn’t know what to expect.

But Declan was soft and slow as his lips travelled down my neck. Expertly, he slid my dress up over my head. In the dark, he quietly pulled his shirt off, followed by his jeans.

Propping himself up, he gradually eased himself inside me, pushing in a little more each time.

It was so deep, and it felt so good.

Finally letting himself go, Declan groaned faintly in my ear.

It was a month before I saw Declan again, and the day after my birthday. I had been out for drinks with the girls to celebrate when I invited him round.

With the house to myself, we sat on the balcony, drinking red wine with green olives and cheese.

I was standing up to watch the sunset when I felt Declan behind me. Bending down to kiss my neck, his hands wrapped around me, squeezing me tight.

I turned around to face him as his lips sunk over mine. It was fast and intense, and full of passion.

Putting my arms around his neck, I pressed my body into his, feeling him quickly stiffen between us.

There was an urgency in the air.

Gliding his tongue into my mouth, Declan kissed me harder, rougher, before pulling back.

Closing my door behind us, he pushed me back onto the bed with a fire in his eyes I hadn’t noticed before.

Laying on top of me, he pinned me down, before sliding his hand up under my dress. Tearing my lace underwear to the side, he drove his fingers into me. I gasped in pleasure, straining under his weight, as I felt myself get wetter.

But just before I could release into it, Declan suddenly stopped. Sitting up, he yanked my dress off over my head, before taking his t-shirt off.

In the light of dusk, I caught his rippling arm muscles and chiselled six-pack. As he towered over me, I felt small and weak beneath him.

Undoing his belt, Declan whipped it out from his jeans and leaned towards me.

“Give me your hands,” he ordered.

Instinctively I put them forward and he bound my wrists together, before tying them to the headboard.

Ripping his pants off, Declan thrust into me.

It was raw and exposed as his urges took over, and I didn’t resist.

He pounded into me, faster and faster, grabbing hold of my body with fingers so tight I knew he’d leave bruises.

Pausing to flip me over, my restraint constricted as Declan took me from behind.

I’d always considered myself an equal in bed. There was no element of power, and nothing outside the box.

My ex hadn’t even gone down on me in three years.

Now here I was, being utterly dominated, and loving every obedient second of it.

For the first time in my life, I wasn’t in control. And his hold over me sent me wild.

Dragging me up onto my knees, Declan drew his hand back before spanking my ass.

Once, twice, three times. Each time harder than the last, as if he was testing my limit.