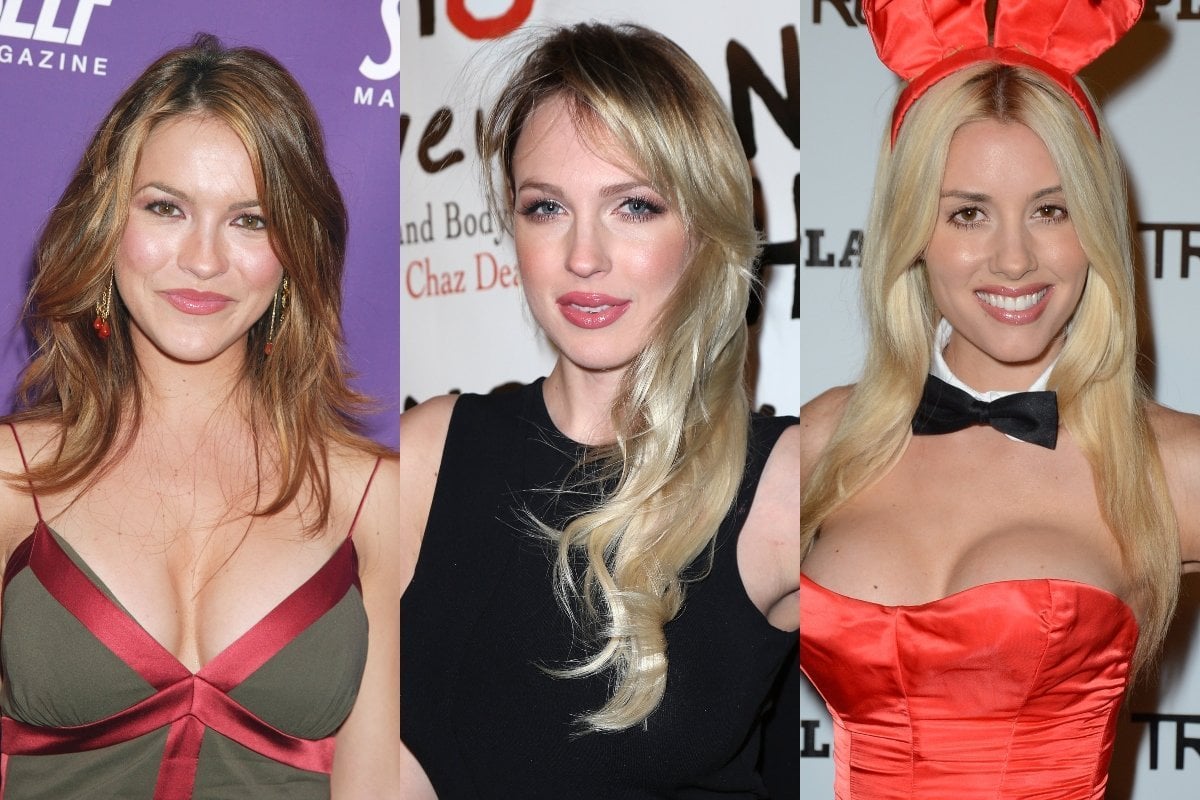 Okay, so you've watched all three seasons of Selling Sunset, taken virtual tours of the cast's homes and plotted the timeline of Chrishell and Justin's divorce through the show and their Instagram accounts.

So with that all done, the only logical next step is to wonder what the super glam real estate agents were doing before a Netflix camera captured them doing precisely no work, but sharing a lot of gossip, in the Oppenheim office.

If you haven't watched Selling Sunset yet, get onto it ASAP. Here's what to expect. Post continues below video.

Well, we've put our very important investigation hats on again, to bring you the following information.

Chrishell, 39, has always been the most 'famous' of the cast, having had an acting career before moving to real estate, and marrying This Is Us star Justin Hartley. 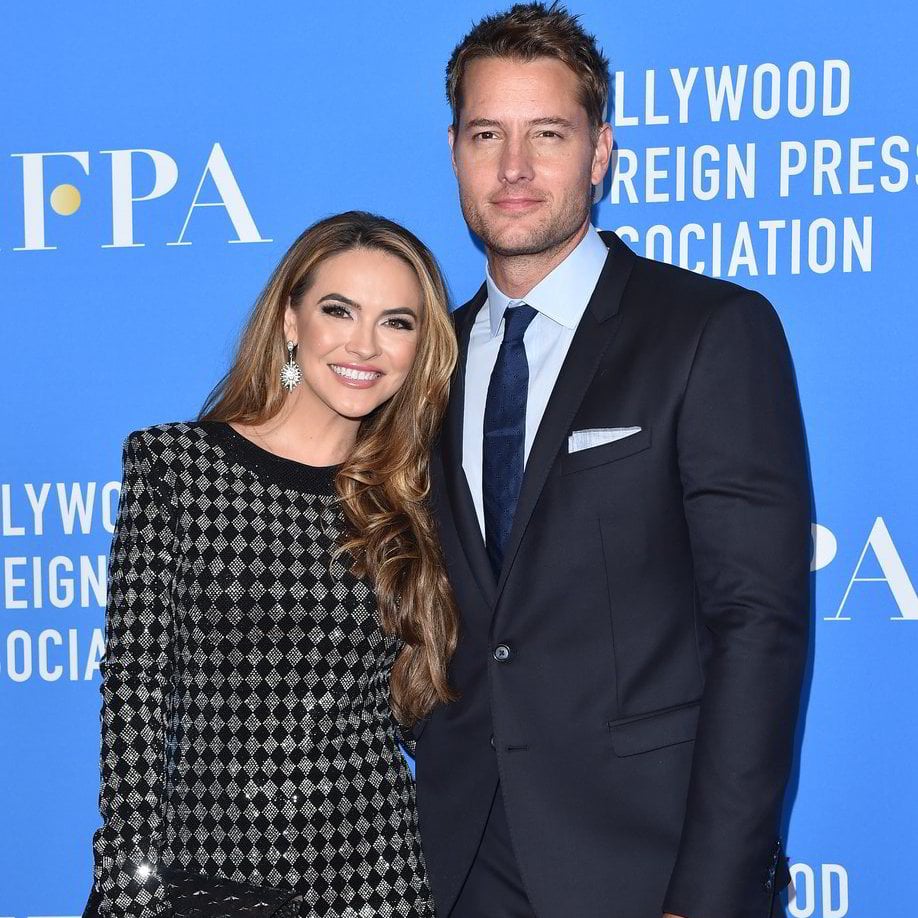 Before Selling Sunset, she was best know for her role in soap opera All My Children, from 2005 'til 2011. After its cancellation, she appeared on Days of Our Lives and The Young and the Restless.

Catch me as Jordan Ridgeway on Days of Our Lives today!

As a child, Chrishell lived in a trailer park and has spoken openly about how her family lived in poverty when she was growing up.

"I was homeless a few times in my life and it was really hard growing up, but now I'm super grateful about everything," she told Page Six in 2018. 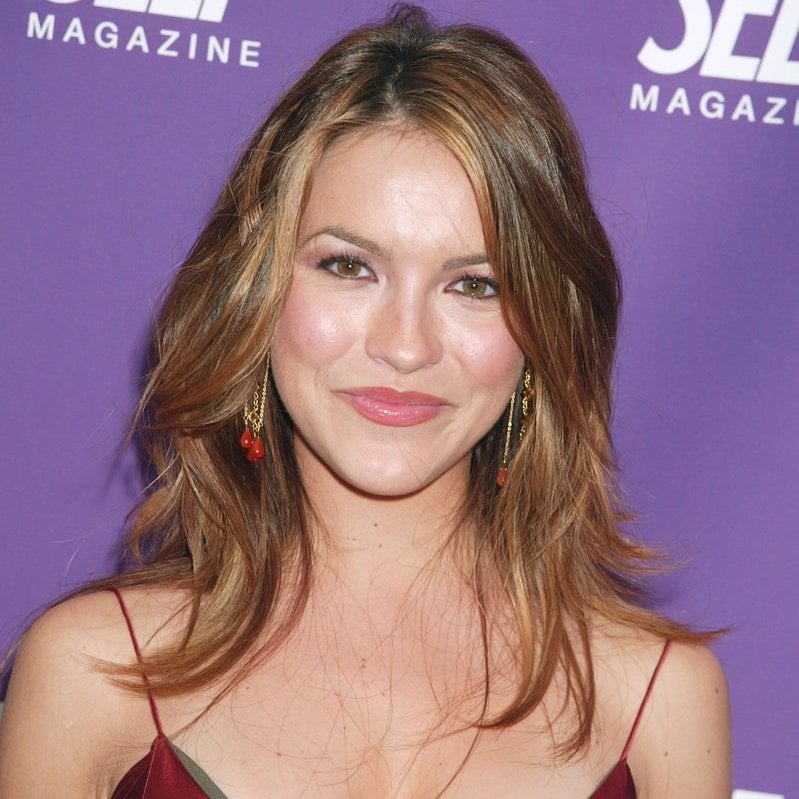 She said she was homeless during high school too.

"As you can imagine, as a high schooler it wasn't the coolest thing. It was just really hard to live the lie at school and make sure no one knows and being really embarrassed about it. Even talking about it now I start to sweat."

Since featuring on Selling Sunset, Chrishell has gone on to compete in season 28 of Dancing with the Stars in the US.

Mary, 40, had been married twice before her marriage to Romain Bonnet at the end of season two.

"I’ve been married twice before. My first husband passed away and my second husband, it just didn’t work out. It wasn’t the right relationship," she said during season one.

She was previously a real estate agent in London before moving to Los Angeles, where she has been at The Oppenheim Group ever since.

We know she also dated her boss Jason - and photos from their relationship are still on her Instagram.

At her third wedding, she was walked down the aisle by her son Austin Babbitt, who is 22 - only a few years younger than Romain, who is 27.

My baby is officially moved into the dorm...and I'm officially old as hell! #proudmama #universityofarizona

Mary had Austin as a teenager, and has spoken about how being a young parent shaped her life.

"I had to fight from a young age to survive and succeed. I think it taught me to be more compassionate to others for sure," she said on the show.

Christine, 31, has wiped pretty much any trace of her 'before' life from her social media, but the internet never forgets.

Born in Dallas, Texas, Christine has actually always been interested in performing arts. She attended Juilliard in New York City and then moved in Los Angeles, where - according to her IMDb she starred in Hot Tub Time Machine 2 and an episode of NCIS: Los Angeles. 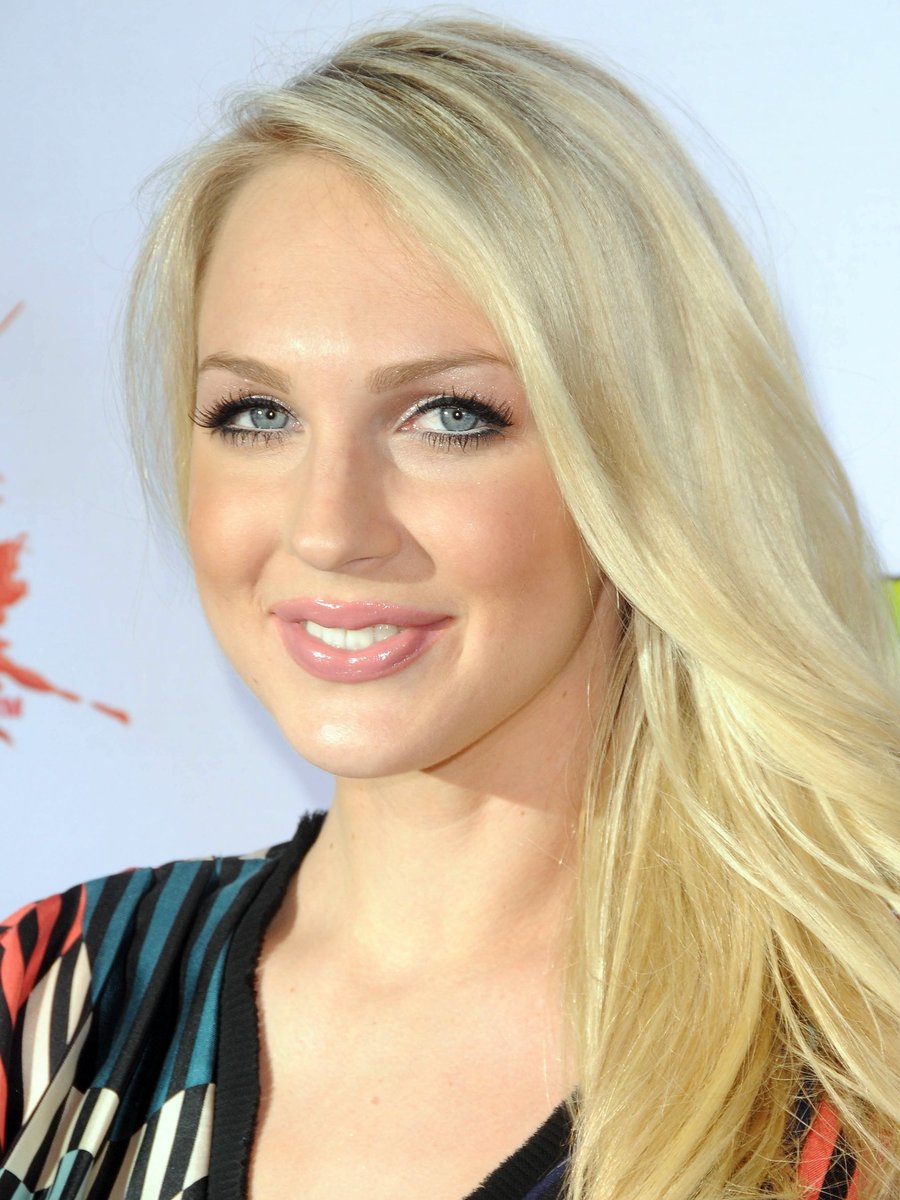 During this time, she went by Christine Bently, which she explained to The Daily Beast.

After travelling, Christine returned to LA, got her real estate agent license in 2016 and joined The Oppenheim Group.

In 2019, she married Christian Richard in the most extra wedding you could possibly imagine.

So, many fans of the show wonder why Davina, 42, is featured, but maybe she's not on camera as often because she's actually... working. Judging from her profile, it appears she is the best of the bunch at her job.

Davina was born in Germany, and graduated with her International Baccalaureate from the International School of Hamburg. After school, she moved to the US to attend Pepperdine University in Malibu.

She began her real estate career in 2006 and has been very successful: According to her Oppenheim bio, she contracted the most expensive condominium ever sold in downtown Los Angeles in 2008.

Some Selling Sunset viewers may have even seen her on another real estate show, Million Dollar Listing.

Apparently she's also a member of Top Agent Network, representing the top 10% agents in the market. We're not exactly sure what that means, but it sounds impressive.

Besides real estate, Davina was signed under the Ford Model Agency for over ten years and has lived in London, Milan and New York.

She keeps her personal life pretty under wraps on social media and Selling Sunset, but we know she has been in a relationship with a man named Alex for more than a decade. He briefly popped up in the show when they went to dinner with Christine and Christian.

Heather, 33, started modelling professionally when she was 18. In her early 20s, she was a Playboy Playmate and Miss February 2010.

One more from today at the Mansion. Photo credit @hiromioshima @playboy

"It was an amazing experience," she recalled in an interview with the magazine in May.

"I would never take it back. I believe everything happens for a reason. I really, truly do. If I hadn't posed for Playboy, I wouldn't have met the people who led me to where I am now." 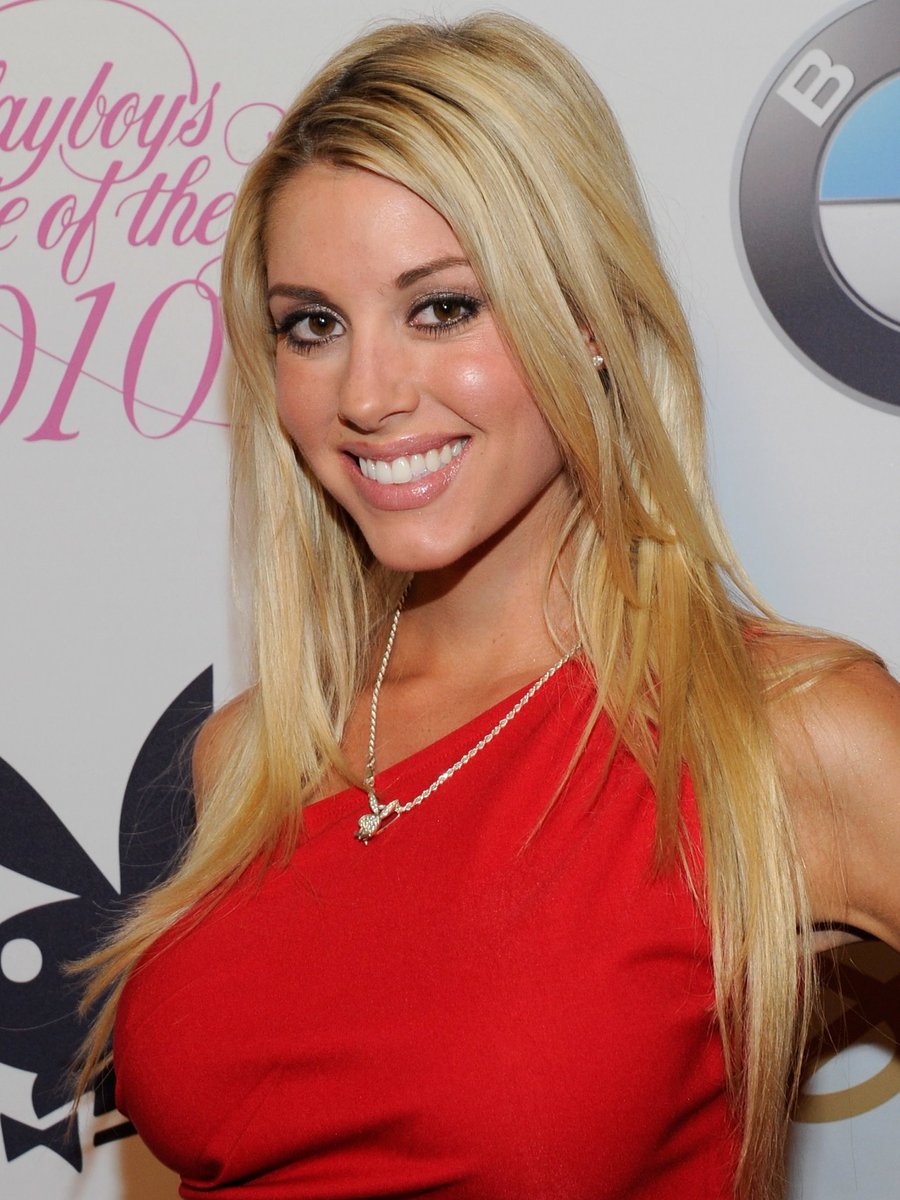 She said some people judge her straight away, especially in real estate which is "still a man's game".

"Like, men expect me to be a little Barbie doll and be stupid. Men will meet me and say, 'Wow, you're actually smart.' And I'm like, well, what did you think? Because I'm a Playmate, or a model, or a woman, I can't be smart as well?"

She's also done some acting, according to IMDb. Her credits include small roles in The Internship, Love in the Time of Monsters, and Malibu Horror Story.

Heather joined Oppenheim in 2014 and has been there ever since.

I love the way you love me #soulmate love!!! ❤️ - Wait for someone that loves you for everything that you are and thinks that your imperfections are perfection.

Family is everything!! Things have been NON STOP We all have days when we feel overwhelmed, tired, sad and discouraged. When I have “those days” I call my amazing fiancé @therealtarekelmoussa for a pep talk. My mom is also my best friend. As I get older I’ve realized my mom isn’t just my mom she is my best friend. - My parents are new to being “bonus grandparents” it’s obviously an adjustment to them. All of a sudden poof their baby girl has 2 bonus kids!! Hahaha 😂 Our blended life is crazy but I wouldn’t have it any other way. I love my life & even though it’s been an adjustment I have never been happier! - So tell me how am I doing being bonus mama almost step mama! ❤️

She's been in a relationship with fiancé Tarek El Moussa - a fellow real estate and TV star, from Flip or Flop - since August 2019.

Maya, 37, is originally from Israel. As viewers know, she splits her time between LA and Miami, where she works for Douglas Elliman Real Estate.

Maya's personal life is very private - she hasn't even revealed her husband of three year's name, although in Insta comments people call him... Dave.

What we know for sure is they have two children, a son named Aiden and a daughter, born in May 2020, named Elle.

In an interview with The JC, Maya spoke about her childhood.

"I didn't have a very luxurious upbringing in Eilat but it was a happy one and I learnt how important it was to work hard and not have things handed to you on a plate.

"My childhood was amazing and I would often spend time supporting our local basketball team Hapoel Eilat and go to each game as a kid. My parents always trusted my judgement and this allowed me to move to Amsterdam when I was 20 to be a model and then to work in Spain, Singapore and Malaysia."

Amanza, 43, is the newest Oppenheim agent and Selling Sunset cast member, but she's got a long history with Jason, Brett and Mary and has been friends with all three for years.

One of the shows most bizarre storylines has been Amanza's missing ex-husband, former football player Ralph Brown.

The pair share daughter Noah, 10 and son Braker, eight, but Amanza told E! it has been a year since her children - or anyone, actually - has seen Ralph.

Thankful for these sweet little souls.

"About two months after my children's father went missing, I filed a missing persons report with the Glendale police office," she said in a statement.

"I was redirected to an investigator in their office, but after reviewing my case they came back to me stating that he was not a missing person because there was no sign of foul play - and he had also sent me an email telling me that it was 'not safe for the children to be with him right now,' and I would need to keep them until his situation changed. The email came on September 1 of 2019... He dropped them off at school last August 26, 2019, and we have not heard from him since."

She said she'd reached out to him many times, but hasn't heard back and is not sure if he's had some sort of mental breakdown or possibly Chronic Traumatic Encephalopathy (CTE), which is common in former athletes.

It's a hard thing to explain to their children.

"I said, 'Daddy's taking this time to figure himself out and get better so he can come back and be the dad that we know he is. His brain is sick. Daddy loves you very much,'" she told Entertainment Tonight.

According to Amanza, not even Ralph's best friend of 20 years has any idea where he is, and his former football teammates are just as out of the loop. 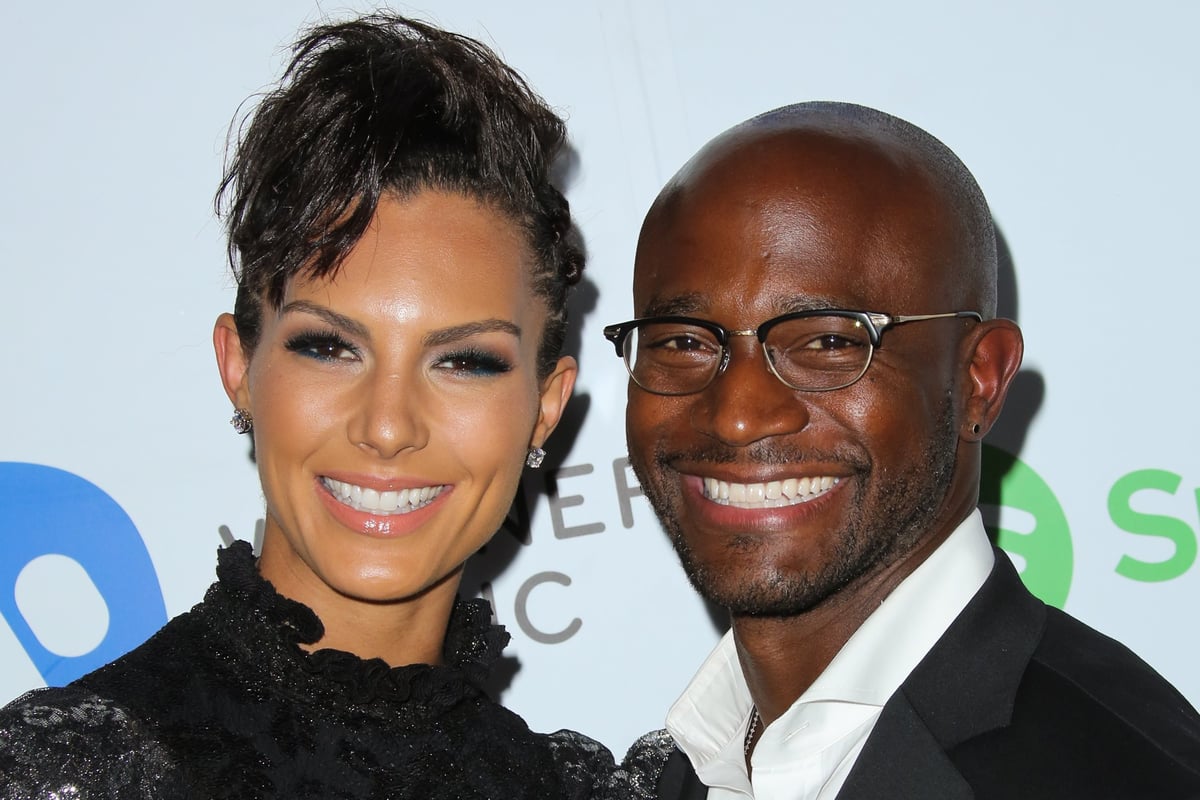 Amanza is a former Indianapolis Colts cheerleader and Deal or No Deal briefcase model and also dated actor Taye Diggs for four years from 2014-2018, following his divorce from Idina Menzel (yep, literally Elsa). 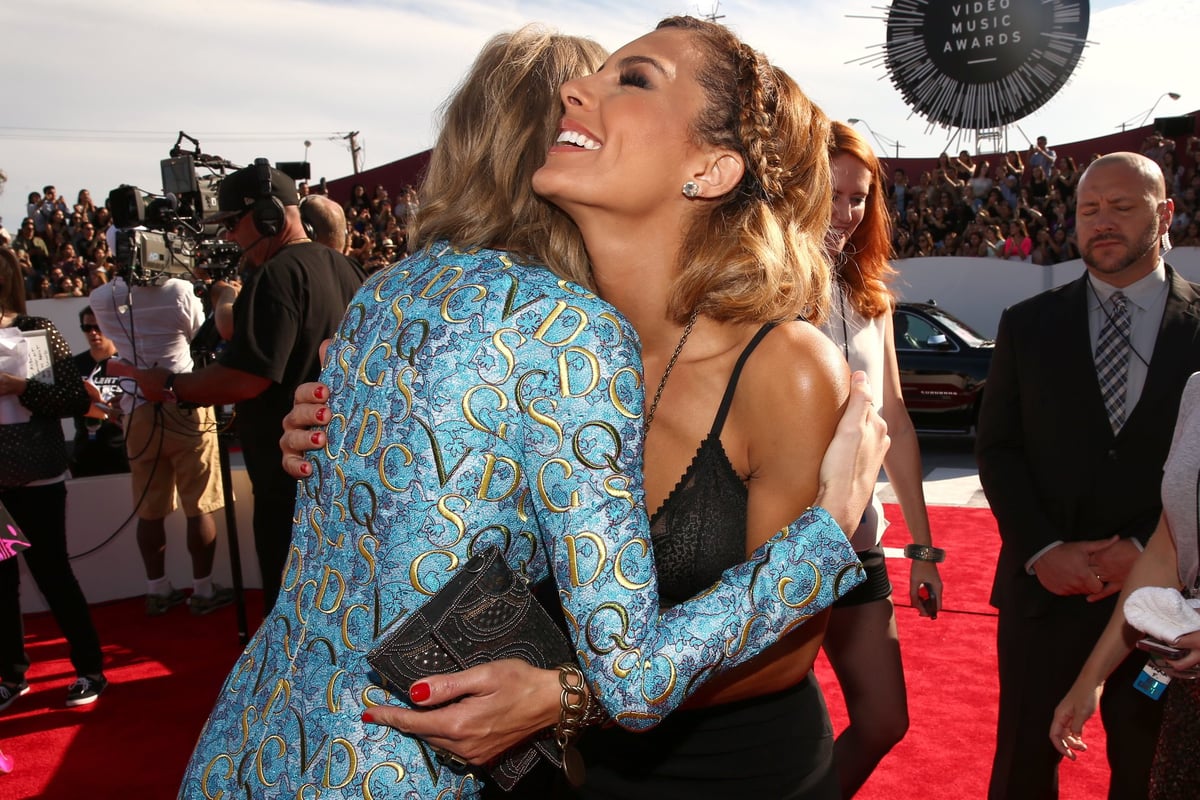 Before becoming a real estate agent she founded her own interior design company.