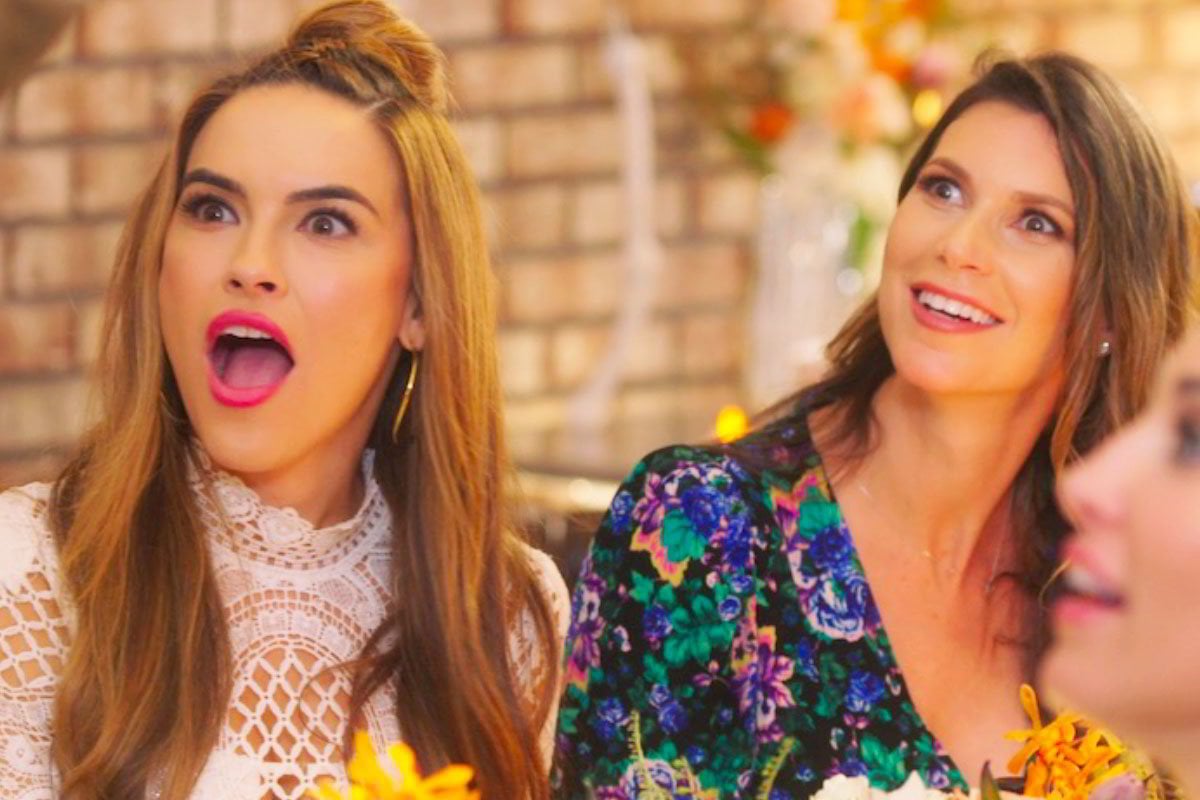 While we’ve all been stuck inside our averagely priced homes this year, Selling Sunset has been the shining beacon of millionaire lavishness that we needed in 2020.

Following a group of real estate agents who sell multi-million dollar homes in and around Hollywood, the show gives a juicy insight into both the houses themselves and the ladies who sell them. But with drama swiftly becoming the centre focus of the show, there have been a few questions arising around the credentials of these agents: namely, whether they actually have real estate licenses.

One rather famous skeptic is none other than Chrissy Teigen, who recently shared this tweet:

I will say, I look at LA real estate a lot and have never seen any of these people lol either have our agents, who I have obsessively asked.

So, in order to assist Chrissy on her hunt for the truth, we have done the hard yards (read: extensive googling) to find out if the Selling Sunset stars are actually pulling their nine to five at the Oppenheim Group.

Lovingly known as the show’s top pot-stirrer, Christine Quinn, has been the trigger for most of Selling Sunset’s best blow outs. She also showcases some of the swankiest homes in Hollywood, but to be honest, her real estate past is a little murky.

The Oppenheim Group website states that Christine, "discovered her love of architecture and interior design" while travelling the world, inspiring her to head to LA to kick-start her real estate career.

However, there is precisely zero evidence across the internet which shows any prior realtor experience. 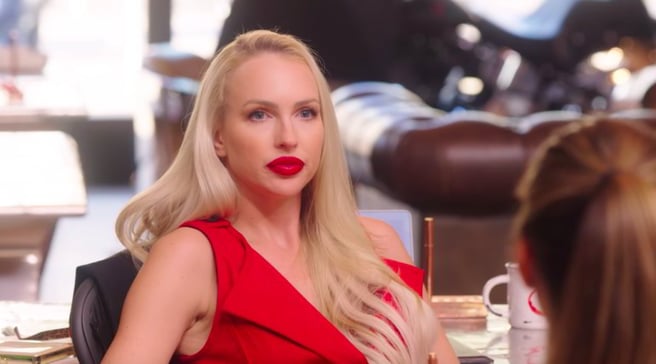 Luckily for Christine, her boss, Jason Oppenheim, defended both her and the team’s honour in a statement to People:

"Mary, Heather, Maya, and Christine were licensed and successful real estate agents at The Oppenheim Group many years prior to filming our show. Amanza worked with us as a designer, and has been a close friend of Mary’s and mine for many years. Chrishell was a practicing agent at another brokerage, many years previous to filming Selling Sunset. As a licensed agent, Davina had transacted many deals before joining the team in 2018."

Mary gets a lot of heat from her cast mates about getting the 'most houses' on Selling Sunset due to her romantic history with the Oppenheim Group co-founder Jason Oppenheim. For context, they dated for a year or so before working together and seem very chill about being exes. In fact, Jason even offered up his house as a wedding venue for Mary’s nuptials that were, of course, aired on the show. 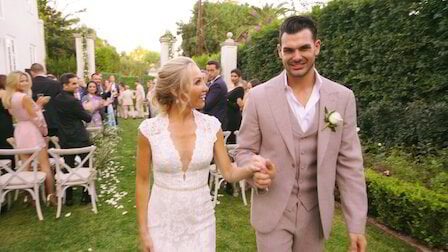 Going back to Mary’s house-selling credentials, it appears that Mary’s real estate history goes back way further than the twin-run company as she was a realtor for three years before joining The Oppenheim Group.

The show is wonderfully transparent about the commission price-tags on each property sold, highlighting that realtors like Mary will rake in hundreds of thousands of dollars in commissions. However, Mary recently explained to the Express.co.uk that, "The hardest thing in real estate is working for commission only. Spending months sometimes with a client and then they change their minds".

Chrishell arrived as the resident 'newbie' of the Oppenheim Group, pinning her as being relatively fresh to the real estate game – but Chrishell has actually been hustling as a realtor for quite some time. 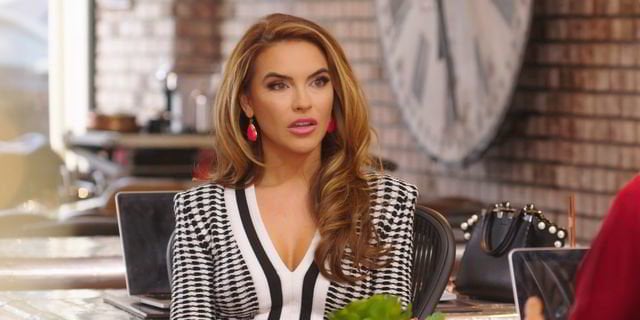 After many fans of the show questioned Chrishell’s credentials, she took to her Instagram Stories to showcase a grid post that she shared in 2016.

On it, she explains, "I have been licensed and working before being approached about #SellingSunset" before clarifying, "I am SO grateful to have been able to do acting AND real estate". 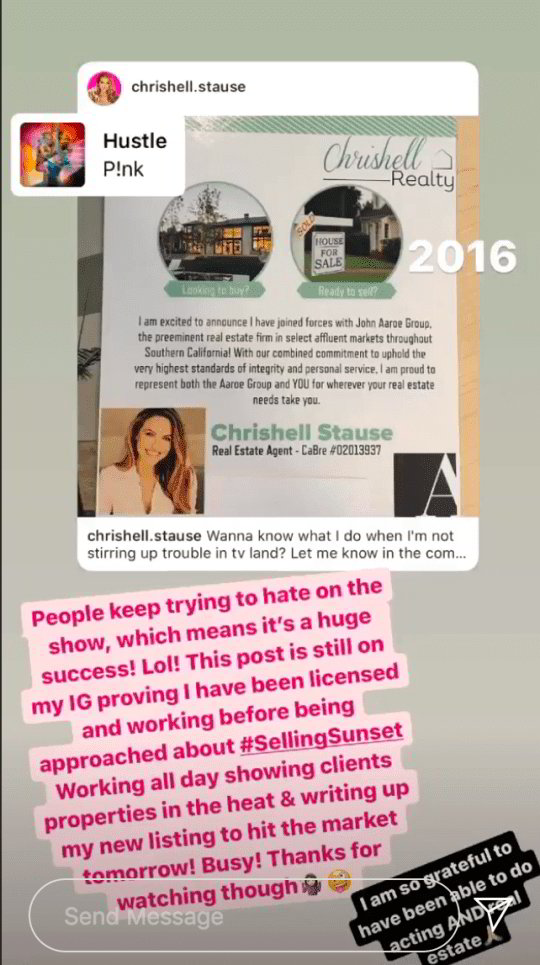 Chrishell’s plot line reached a personal crescendo this season when her husband (This Is Us actor Justin Hartley) told her he’s filing for divorce via text. Gulp.

This triggered Chrishell to weigh in on whether the show is scripted or not on her Instagram Stories.

"The show isn’t scripted," she said. "If it was, I would be pissed! Who wrote that plot twist?!"

Davina initially started out a degree removed from the drama in season one, having us all thinking that she was just a solid worker for The Oppenheim Group. However, in season two she really upped the ante and is now a bonafide ally to Christine and the many quarrels within the team. 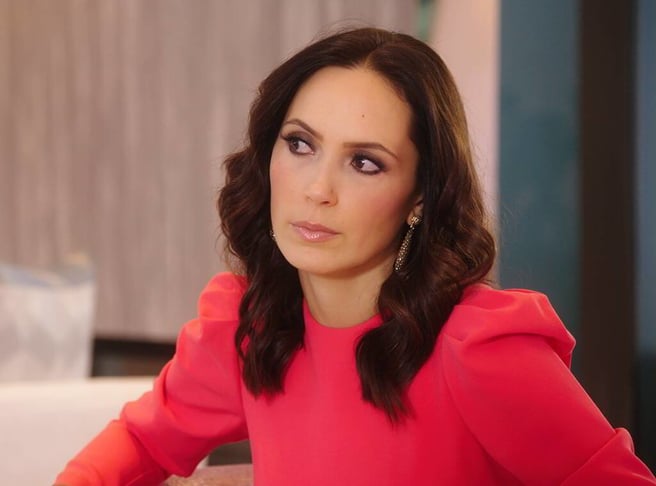 Taking a snoop at Davina’s employee page on The Oppenheim Group website, it plainly declares in black and white that Davina has extensive experience in real estate and is responsible for some of the firm’s biggest deals to date.

"With a personal passion for real estate, architecture, and aesthetics, coupled with a communications background, Davina used her gift of relationships with various International clientele to develop a highly successful real estate career that began in 2006," The Oppenheim Group website explains.

Heather’s bio on the Oppenheim Group website doesn’t open with a great deal of references to her real estate career, simply saying:

"A Southern California native, Heather Young began her career as a professional model at the age of 18." 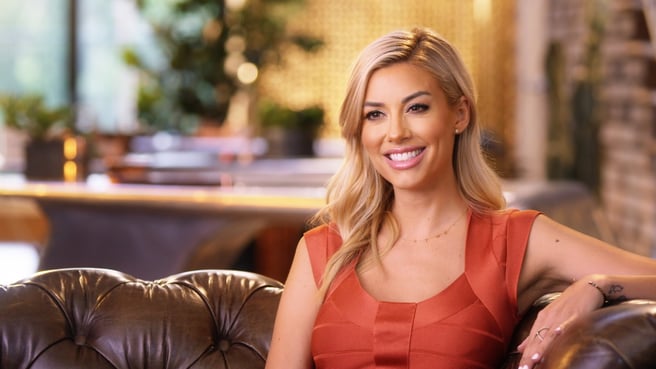 However, it does go on to say that she now specialises in selling for, "high profile and high net-worth clientele, including many celebrities, athletes, and musicians". There’s no mention of whether that includes Heather’s new fiancé, fellow real estate celebrity and star of Flip or Flop, Tarek El Moussa.

The newest addition to The Oppenheim Group family, Amanza Smith, has a fairly transparent history as it’s stated on the show that this is her first realtor gig and prior to this she was a house stager. For those who don’t know that term, it essentially means that she would style a house ready for an open home by bringing in all the furniture, picking out the artwork and making it fit the bill for the potential buyer.

Amanza studied interior design at university before moving to Los Angeles where she became a model and worked in entertainment as well as being a professional NFL cheerleader for the Indianapolis Colts. However, there are also receipts on the internet saying that prior to her house-staging career Amanza worked as a model and a Deal Or No Deal hostess – joining the ranks with none other than Megan Markle who did her own stint on the suitcase show. 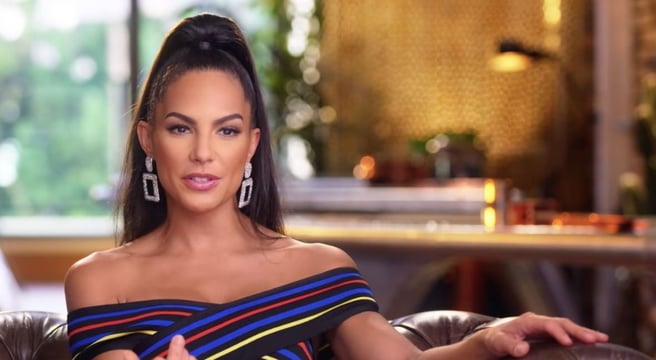 As seen in the series, Amanza is now a fully fledged real estate agent at The Oppenheim Group and her early sales can be seen during the second season.

However, Amanza copped some criticism from Tracy Tutor, a cast member of rival show Million Dollar Listing, who claimed that she hadn’t seen Amanza or a bunch of The Oppenheim Group team on the real estate scene. Amanza responded with:

"Look I am the newest agent at the brokerage, so just speaking for myself if you haven’t seen me at open houses and home tours it is not surprising, because I have not even had my license for a year. And as soon as I sold my first few properties we got put on lockdown so I have not seen anybody for the last six months – no less the people from Million Dollar Listing or whatever."

According to her bio page on The Oppenheim Group's website, Maya has always been interested in entering real estate. Growing up in Israel, her family invested in properties and flipping homes. Eventually her own mum told her to go and get her real estate license, and she’s supposedly loved it ever since! 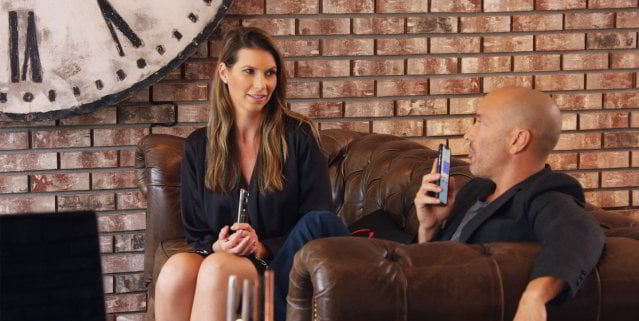 Maya had actually been working at The Oppenheim Group for three years before Selling Sunset was even picked up by Netflix, and she must have been busy with sales because Grazia reports that her net worth is around $1 million.

To be honest, while we hope that all the Selling Sunset cast are legitimately working as real estate agents, as long as they keep serving up hefty scoops of drama mixed in with tours of lavish Hollywood homes we’ll be watching regardless.

All three seasons of Selling Sunset are available to watch on Netflix.