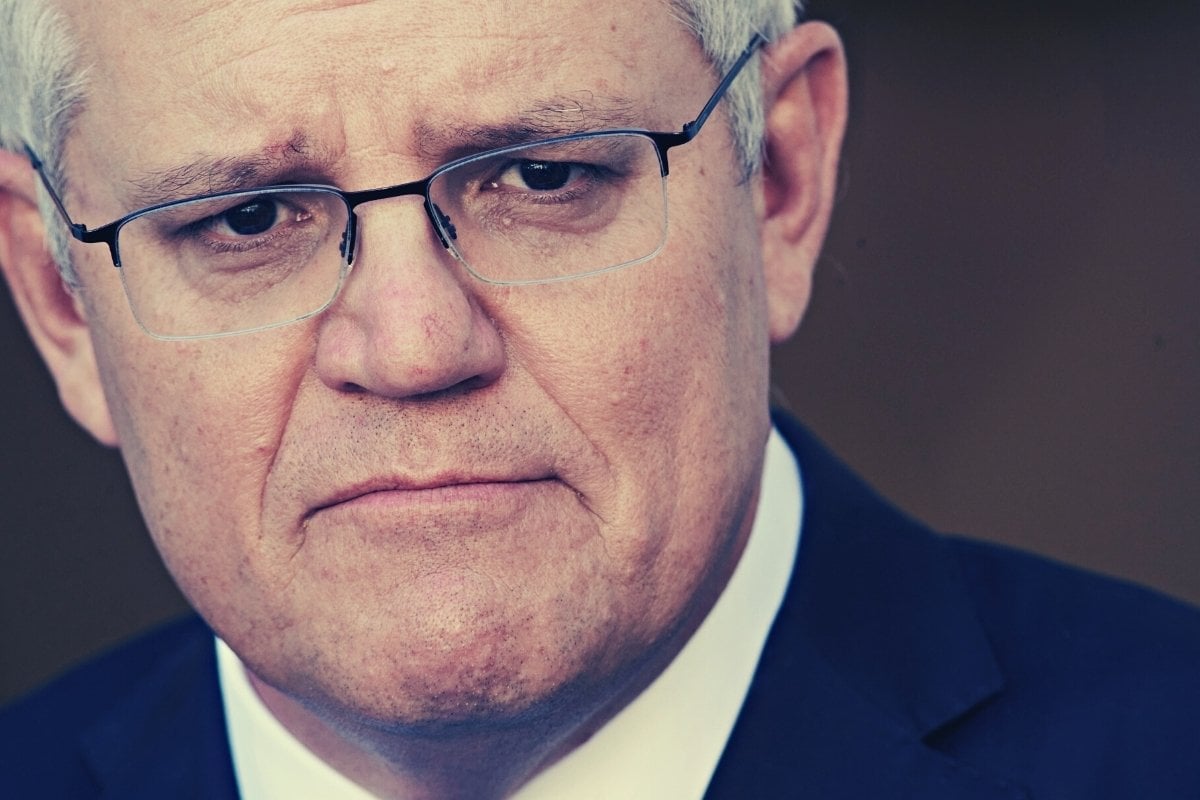 The Windsors are typically tight-lipped on political matters. It's considered a cornerstone of the British monarchy that both the sovereign and her family remain entirely neutral.

But overnight, Prince Charles could barely hide his bewilderment when he learned Australian Prime Minister Scott Morrison may be a no-show at the COP26 climate summit in Glasgow next month.

The heir to the throne and long-standing environmentalist was informed during a BBC interview that the Aussie PM "isn't even certain that he can make it" to the critical meeting.

The Prince stopped in his tracks and turned to the interviewer. "Is that what he says, is it?"

The country's future head of state then continued with a message for world leaders — not naming any names, of course — about why they really should attend.

"This is a last chance saloon. Literally. If we don’t really take the decisions that are vital now, it’s going to be almost impossible to catch up," he said.

“It will be a disaster. I mean it will be catastrophic. It is already beginning to be catastrophic because nothing in nature can survive the stress that is created by these extremes of weather.”

What is the COP26 summit about?

It's the 26th annual meeting for the United Nations Framework Convention on Climate Change. The event, held in Glasgow from October 31 to November 12, is supposed to see all 197 states involved in the UNFCCC gather for what's called the 'Conference of the Parties' (hence COP26).

The meeting has been billed as the most significant since the Paris Accord was reached in 2015. That landmark agreement legally bound member nations to take action to keep global warming "well below" 2C — ideally, 1.5C — above pre-industrial levels by 2050.

With warnings (including the "code red" report from the IPCC earlier this year) that current emissions policies simply won't be enough to achieve that goal, COP26 host, the United Kingdom, has asked participating countries to come with plans to cut carbon emissions by 2030.

Why the Prime Minister is reluctant to attend. Really.

Prime Minister Morrison has indicated that his reluctance to make the trip to Glasgow is because he would need to — wait for it — quarantine upon his return.

"I will have spent, if I do that, a total of four times 14-day quarantine, basically, in this building, not being able to engage in my normal duties around the country as much as I would like to," he told reporters earlier this month.

"That's a long time for a prime minister to be in quarantine in a six-month period."

But according to a number of commentators, the Prime Minister's non-committal approach is actually owed to his government's lack of consensus on an emissions reduction target. Basically, he wants to lock in a target so he doesn't have to show up to the summit empty-handed.

Currently, Australia has only committed to achieving net-zero carbon emissions "as soon as possible", with an emissions reduction target of 26–28 per cent below 2005 levels by 2030. These goals have been labelled insufficient by climate agencies, former UN Secretary General Ban Ki-moon, and several key UNFCCC members including US President Joe Biden and UK Prime Minister Boris Johnson.

What's the holdup on Australia committing to a net-zero target?

Treasurer Josh Frydenberg has expressed clear support for the 2050 goal, and the PM has indicated he too would "preferably" like to see the country get there by that date.

There's resistance, however, from a number of Nationals MPs including Barnaby Joyce, Matt Canavan, and Deputy Speaker of the House of Representatives Llew O'Brien.

I am deadset against net zero emissions. Just look at the disaster the UK is living through. They're switching off their industry to keep their lights on, and they are struggling to feed themselves. Net zero emissions would just make us weaker.

O'Brien expressed concern this week that a carbon emissions target could put the lucrative resources industry at risk and make things like healthcare and education harder to fund.

"If any agreement is looking at getting rid of those sources of revenue, I would say to those people, 'Show me where the money is going to come from,' or 'Which hospital do you want to close down?'," he said, according to the ABC.

The comments come as a recent report by the Business Council of Australia has found that a more ambitious carbon emissions reduction target would, in fact, be a major economic win.

It concluded that if Australia was to achieve a 46 to 50 per cent reduction by 2030, it could boost the economy by $890 billion and create 195,000 jobs over the next 50 years — particularly in regional areas.

Prime Minister Morrison met with senior members of the coalition on Monday afternoon, in an effort to hash out a plan for how Australia could reach net-zero by 2050, including the possibility of more ambitious 2030 emissions reduction targets.

Prior to the meeting, he stressed that he is determined to find a solution.

"As Prime Minister, it is my job to bring people together on dealing with this big change. The world is moving into a new energy economy. We all know that,” he told media.

"It is now a question of how, not if. And how is how we can ensure that those communities right across rural and regional Australia can look at this change and understand that there are big opportunities and there is a way through.

With less than three weeks until he's expected to front up at Glasgow, the pressure is on.

Reply
Upvote
I hope he doesn't go, Im quite sure that would be the nail in the coffin of his political career.  Then we can start fresh with a PM who actually shows up to work.
What a coward, so happy to show up at the G7 he wasn't even invited to, but now its too much hassle to go to a conference where he will face some accountability.
G
gypsy 3 months ago

Reply
Upvote
1 upvotes
@cat Exactly and the amount of times he has been AWOL this year supposedly needing to isolate, once more wouldn’t hurt, when it’s for such  a good cause.
K
kittyb 3 months ago