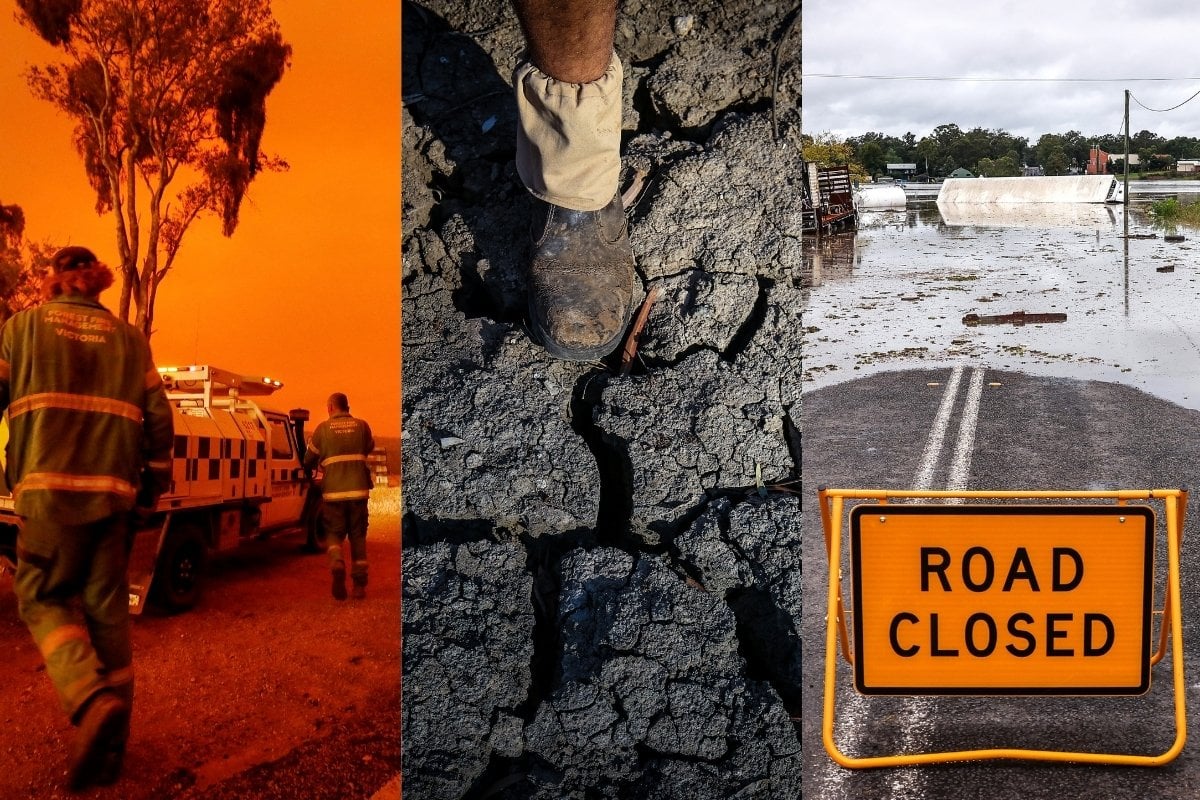 It's the 4,000-page document that UN Secretary-General António Guterres has described as nothing less than "a code red for humanity".

Compiled by 234 leading scientists from 66 countries, the latest IPCC climate report was released this week, offering a damning review of the world's current efforts to tackle global warming.

What is the IPCC?

The Intergovernmental Panel on Climate Change (IPCC) is the peak climate science body of the United Nations and the World Meteorological Organisation.

The IPCC was formed in 1988 to "provide regular scientific assessments on climate change, its implications and potential future risks".

It has now released six reports into the state of the climate and the extent to which it's being impacted by human activity.

The latest report, released this week and approved by 195 IPCC member nations, paints the bleakest picture yet.

What did the latest IPCC report find?

Remember the Paris Agreement? That was a legally binding commitment made in 2015 by 196 nations to prevent Earth from warming more than two degrees Celsius from pre-industrial levels by 2050. And that was the outside target. The preferable limit agreed upon to limit the life-altering effects of global warming was 1.5 degrees.

Well, the IPCC report has concluded that, under the current emissions policies in place around the world, both those targets are now "beyond reach".

“The role of human influence on the climate system is undisputed.” – Working Group I Co-Chair @valmasdel

OK, break it down. What's the situation?

The IPCC concluded that Earth has warmed 1.09 degrees Celsius since the end of the 19th Century (1850-1900). It attributed 1.07 degrees of that increase to greenhouse gases produced by human activity.

Of those greenhouse gases, the most damaging rise was observed in CO₂. Concentrations of this gas in the atmosphere are higher and rising faster than at any time in the past two million years.

Some 85 per cent of CO₂ is attributed to the burning of fossil fuels (coal, petroleum, natural gas, etc.), with the remainder coming from changes to land use such as deforestation and degradation.

Concentrations of other greenhouse gases, including methane and nitrous oxide (the second and third-largest contributors to global warming), are also on the rise.

But what does that mean for the planet?

The IPCC stated that the warming that occurs as a result of these gases in the atmosphere has already caused significant changes in all regions of the globe, and it will continue to do so unless there's dramatic intervention.

These are just a few of those changes.

The report has come on the back of a series of extreme weather events across the globe. Deadly flooding in Germany and central China. Heatwaves in North America (including a Canadian record temperature of 49.6 degrees Celsius). Wildfires currently tearing through Greece.

"As citizens and as businesses and as governments, we are well aware of the drama [of global warming],” Inger Andersen, Executive Director of the UN Environment Programme. "The drama exists, we have seen it and we heard about it in every news bulletin. And that’s what we need to understand; that the expression of what the science says is exhibited before our very eyes."

Clear human influence on climate already. Everywhere. The C budget is running out & 1.5C warming is nearly here. High emissions lead to a climate of pain for humans & ecosystems. Low emissions still difficult but better. We CAN choose our climate future. It really matters! #IPCC

Video via the UN.
ADVERTISEMENT

What's the climate outlook for Australia?

For the first time, the IPCC report includes detailed regional assessments, and it concluded that the extremes Australia has endured in recent decades are likely to get worse.

That means hotter, longer heatwaves and reduced rainfall in some parts of the country, making those regions more arid and drought-prone.

Dangerous fire weather is predicted to increase, as are heavy and extreme rainfall events, river flooding and coastal erosion.

Listen to this episode of The Quicky, to see what the future holds for the Great Barrier Reef. Post continues after podcast.

Can it be prevented?

The IPCC said that even if Earth’s climate was stabilised soon, some of the changes already set in motion — such as continued sea-level rise — are irreversible over hundreds to thousands of years.

But all is not lost. There is an opportunity to dramatically limit the damage: reaching net-zero CO₂ emissions.

If the world can get there by 2050, that's our best chance of keeping warming below 1.5 degrees.

That will require fast, concerted and sustained action by major polluting countries, including China, the US, India, Russia and Japan.

Wealthy countries, including Australia, also need to move faster. Australia has, so far, only committed to cut emissions to 26–28 per cent below 2005 levels by 2030, with a vague promise to hit net-zero "as soon as possible" — a stance that has drawn criticism from environmental agencies.

While we contribute a small amount to overall greenhouse gas emissions, we are one of the largest emitters per capita on the planet, despite being among the best placed to embrace (and profit from) renewable technology.

The world's political leaders will next convene on the issue in November at the COP26 United Nations Climate Change Conference in Glasgow, Scotland.

The very future of our planet is in their hands.