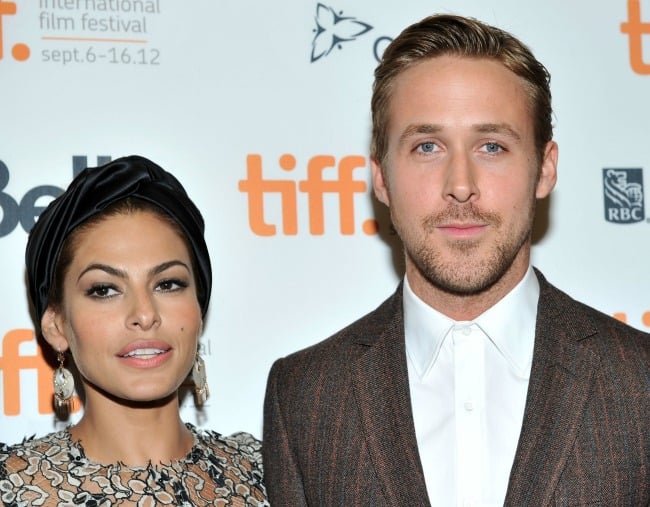 Most famous couples serve the outside world a sliver of their private lives to taste.

Ryan Reynolds and Blake Lively; David and Victoria Beckham; Jools and Jamie Oliver; Chrissy Teigen and John Legend; they all snap and share with the public, offering delicious crumbs into the ins and outs of their romances in moments that are a little less glamorous, and a little more relatable than what we might expect.

Ryan Gosling and Eva Mendes are not one of those couples.

Despite being together for some seven years – in which time they’ve had two daughters – the Hollywood actors have never posted an image together on social media. Mendes has an Instagram account for professional shoots only, while Gosling frequents Twitter to retweet social justice sentiments and movie trailers. Even away from the halls of the internet so many of their peers populate, the couple is seldom seen together at all; the world’s leading photography website, Getty, has only managed to capture Mendes and Gosling in the same place at the same time on a handful of occasions – one of which was the premiere for the movie The Place Beyond The Pines. The movie’s set is where Gosling and Mendes met in 2011.

On the rare occasion the duo does invite the media into their orbit, it's almost always strictly professional. They discuss the prospects of future movies, not marriage; when Marie Claire probed Mendes about her rumoured relationship with Gosling in March 2012, she interrupted, “Stop, just stop. I’m not gonna budge. I feel uncomfortable talking about it. It’s too personal.”

Mendes, now 43, is such an expert at ducking and dodging under the paparazzi's prying eye that she concealed her first pregnancy (with Esmeralda in 2014) for almost seven months before sources leaked the news to tabloids.

The arrival of their second child, Amada, now one, was more private yet. By the time celebrity news publications caught on that Mendes was pregnant, the couple's second child was already one-month-old.

So, yes, they're bloody good at this privacy thing.

Despite soaking up the Hollywood stage lights, Mendes in particular opts out of the glitzy parties, the penthouse mixers, the endless opportunities for social climbing.

"What people don't know about me is that I love being home," Mendes told Shape early last year. "Instead of being on the red carpet, I'd rather be home with my girls."

Gosling  - the more outward-facing partner - speaks of his love for his partner in a subtle, gentle way.

Many might hear the 41-year-old refer to Mendes without even realising who he's talking about; in most instances the La La Land actor refers to her as "my lady".

“You don’t get to be up here without standing on the shoulders of a mountain of people,” Gosling began his acceptance speech at the 2017 Golden Globe awards.

“There’s no time to thank everyone. I would like to try to thank one person properly and say while I was singing and dancing and playing piano and having one of the best experiences I’ve ever had on a film, my lady was raising our daughter, pregnant with our second, and trying to help her brother fight his battle with cancer. If she hadn’t have taken all that on so that I could have this experience, it would surely be someone else up here other than me today. So sweetheart, thank you.”

The Mamamia Out Loud team want you to watch La La Land this summer. Post continues...


Since that night, neither Gosling or Mendes have really addressed their home life at all; reports suggest the couple is one of the few in Hollywood that do not hire a nanny to care for their children. Reportedly, if we can trust what the "sources" say, they want not for the limelight, they just want to bask in a home life that's as normal and vanilla as possible.

"I know that I'm with the person I'm supposed to be with," Gosling told Hello magazine in 2015.

And, for the couple, it seems that's all there is to it.

Meanwhile, Australian c-grade morning TV and social media "celebrities" complain they have no privacy at all...

'Vanilla', not sure that's the word I'd use. To me, it means dull, boring, bland, basic,which is a bit of a rude way to describe someone's personal life! Good on them for keeping their lives, and especially their kids out of the limelight. I'm sure the kids will appreciate it in the future.