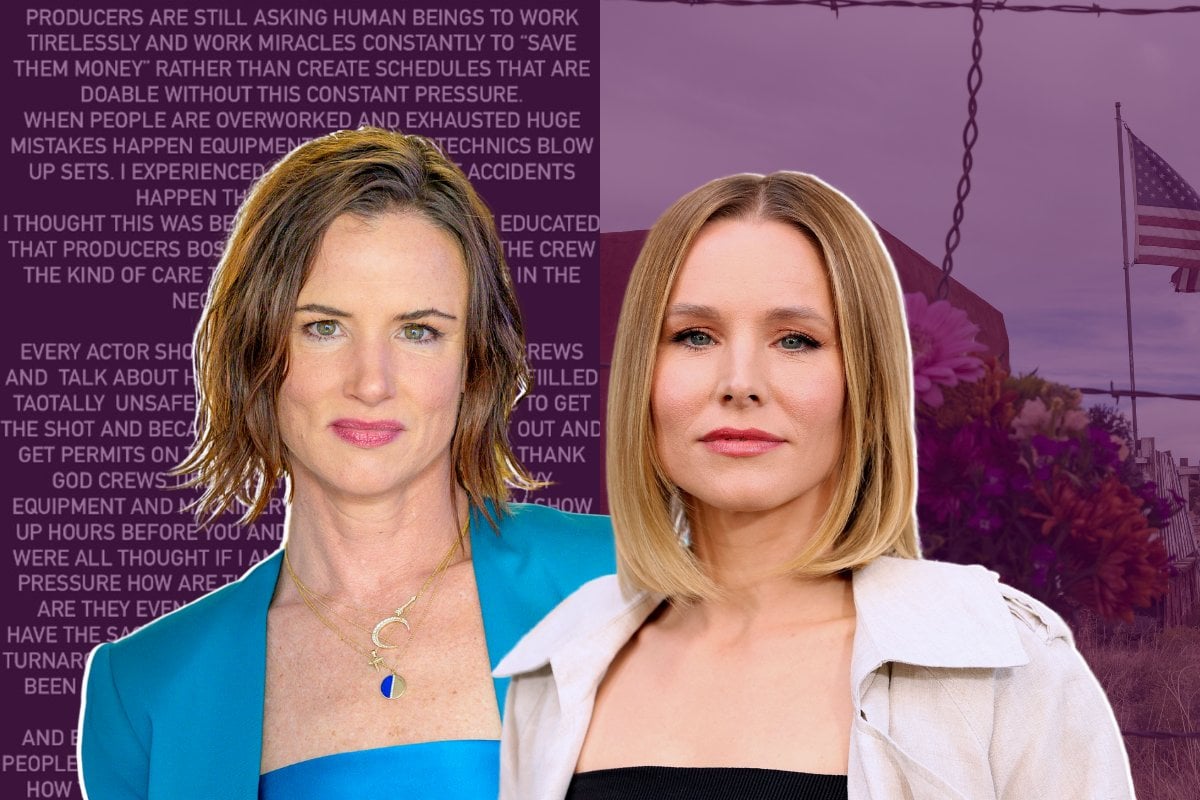 Just five days before the accidental death of cinematographer Halyna Hutchins on the set of Rust, actor Juliette Lewis issued an eerie warning about on-set conditions.

She spoke of intense, toxic working environments, writing that if complaints from International Association of Theatrical Stage Employees (IATSE) union members were not met, she could see more accidents happening on sets.

October has been a tense month in Hollywood, with IATSE, one of the industries biggest unions, threatening to strike over issues gruelling work conditions, pay and health and pension plans.

Tragically, the union is now dealing with the aftermath of the accidental death of cinematographer Halyna Hutchins on the set of Rust. 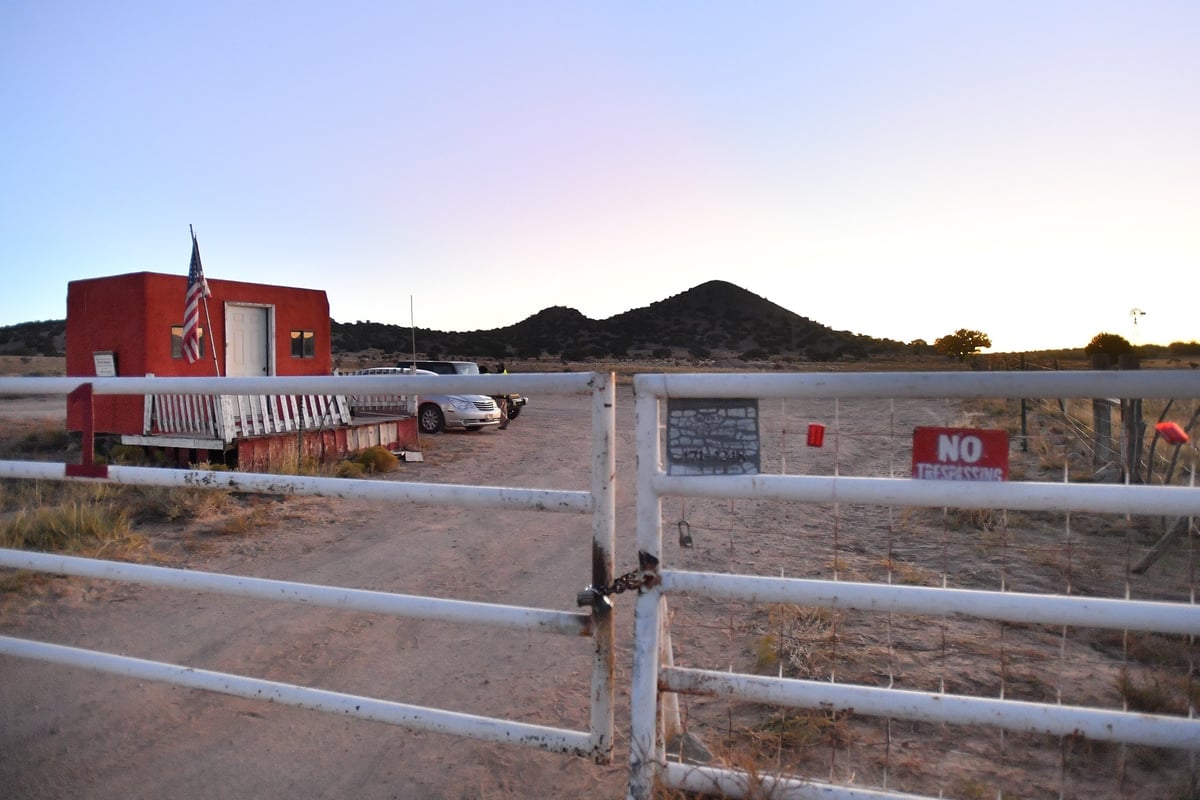 It has emerged that unionised camera crew - members of the International Association of Theatrical Stage Employees union - walked off the Rust set just six hours before the fatal incident, after weeks of complaints over working conditions and safety.

While they were packing up, nonunionised crew turned up to keep production going.

Six hours later, Hutchins was shot when actor Alec Baldwin fired a prop gun, which he had been told was a 'cold gun' that did not contain ammunition. Hutchins was hit in the chest, and director Joel Souza in the shoulder. 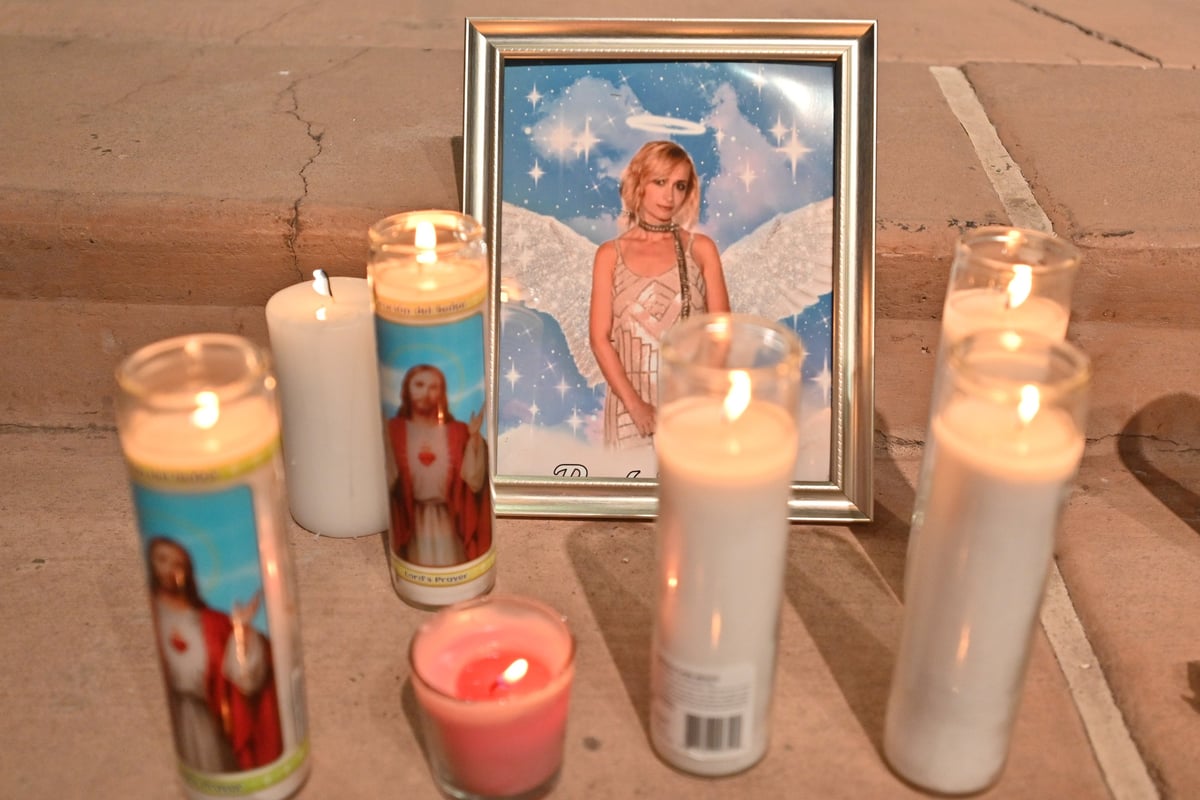 Throughout the month, many stars have showed public support for members of IATSE, which represents 150,000 camera crews, technicians, artisans and craftspersons in the entertainment industry, acknowledging that without these people, the industry could not function.

One such show of support came from Lewis, which has also been shared widely by other stars including Florence Pugh, Emma Roberts, and Kristen Bell.

In her October 16 post, Lewis lamented the working conditions on many sets.

"I personally was conditioned in [the] TV/film business since [I was] a teenager to never take a sick day off, or it would cost tens of thousands of dollars, and you'd be labelled 'problematic,'" Lewis wrote.

"Apparently that was always better than speaking up and having them simply shift their schedule around to accommodate a person's health. Because it just didn't happen."

Lewis said as an actor, she thought the crews had a 'soldier-like' work ethic as they were expected to turn up hours before she needed to and stayed hours after she had left.

"All you have to do is read the IATSE stories to see producers are still asking human beings to work tirelessly and work miracles constantly to 'save them money', rather than create schedules that are doable without this constant pressure," Lewis wrote.

This could have disastrous consequences, which she'd personally seen in the form of pyrotechnics blowing up a set.

"When people are overworked and exhausted, huge mistakes happen."

Addressing other actors, she said "we all thought ''if I am this overworked and under pressure, how are they still standing on two feet?"

She ended her message by imploring actors, producers and executives to "show-up for the backbone of our industry" in their overdue request for better work conditions.

Bell reposted the message to her Instagram feed, adding: "None of us actors would be anywhere without our crews. It’s time for us to join their fight for humane treatment in the workplace."

A strike by IATSE's 150,000 members was narrowly avoided on October 16, when the union reached a "tentative agreement" with the Alliance of Motion Picture and Television Producers, which represents production companies. The new three-year agreement included 10-hour turnaround time between shifts and three per cent wage increases for each of the next three years.

However, the Los Angeles Times reported union members still walked off the set of Rust hours before the fatal accident that killed Hutchins.

Among complaints was the allegation that more than a week ago, Baldwin's stunt double accidentally fired two rounds from a prop firearm after being told it was "cold," an industry term meaning a weapon is not loaded with ammunition, including blanks.

A colleague was so alarmed by the misfires that he sent a text message to the unit production manager saying "We've now had three accidental discharges. This is super unsafe," according to a copy of the message seen by the Los Angeles Times.

Rather than shutdown production for the day after the camera crew walkout (or address their safety concerns), it appears as if production ordered in nonunionised crew to save money on the project.

IATSE Local 44, which covers prop masters, sent out an email to its members announcing the prop gun used in the scene being filmed contained a "live round."

It also said the head armourer on the film set, Hannah Gutierrez Reed, is not a union member and therefore did not have to adhere to union safety standards, which would have seen the malfunctioning gun removed from the set entirely.

Rust Movie Productions said last week that although they "were not made aware of any official complaints concerning weapon or prop safety on set, we will be conducting an internal review of our procedures while production is shut down".

Reply
Upvote
4 upvotes
I think this highlights what a huge problem guns are in America. They are so cavalier about gun usage that real ones are used in pretend scenarios on movie sets by actors who are in support of gun control. With lax workplace health and safety requirements in place.
Nothing will change, even if gun control is implemented until Americans can admit that their love affair with guns is over the top and unnecessary. And I can't see that happening any time soon.
S
snorks 10 months ago

Reply
Upvote
@laura__palmer No, it shows that someone made a mistake and that lead to someone being killed.
L
laura__palmer 10 months ago

Reply
Upvote
1 upvotes
@snorks Mistakes don't happen in a vacuum. America has a huge problem with guns and gun violence and to say otherwise is laughable.
C
cat 10 months ago

Reply
Upvote
1 upvotes
@laura__palmer I totally agree that the US have an issue with guns, and thats evident in the fact that the crew decided it would be fine to take the gun and do target practise with it- obviously that would never happen in Australia.

But theres also an ongoing issue with working conditions in film & I think thats actually more to blame here. The fact that the camera crew had walked off says it all- they were making this film in 21 days, which is an insanely short shoot, and clearly as cheaply as possible, and safety wasn't a priority. That would be why they hired a non-union armourer with almost no experience- with a professional this could never have happened. It comes on the back of years of issues with crew being forced to work in conditions that were dangerous & sometimes deadly because of a lack of regulation in the industry.
S
snorks 10 months ago

Reply
Upvote
@laura__palmer No, they don't, in this case the mistake is to do with the movie industry and how either their policies failed or someone failed them.
Not sure why you think I said America doesn't have a gun violence problem.

Reply
Upvote
3 upvotes
I still can't wrap my head around why they need to use actual handguns that can be loaded and fired and need an 'armourer' to ensure they are ok.
There are plenty of plastic, non lethal authentic looking replicas out there.
M
mamamia-user-482898552 10 months ago

Reply
Upvote
1 upvotes
@random dude I don't think plastic guns can be made to look authentic when they are fired. My understanding is that, when fired, prop guns have the weight and recoil of a real gun which can't be convincingly duplicated with a plastic model and an actor "faking" the recoil.
L
laura__palmer 10 months ago

Reply
Upvote
1 upvotes
@random dude the issue is money. Every film uses different types of guns, sometimes dozens of them, and it costs a fortune to either replicate them, or to remove the mechanism from them. You could easily spend the budget of a small film just on the guns. And when the rules are followed using a real gun is perfectly safe. There were so  many breaches of the rules in this situation its actually unbelievable.

Reply
Upvote
@cat I'm not buying it. This is an American Western film set in 1880. Real hand guns from that period are historical collectors items and are worth thousands of dollars.. It's not financial.
I found a 1873 Fast Draw Revolver replica, famously known as the “peace maker” which was built for use by the American Government in 1872. for $90 bucks. There are plenty more like them.
@Mamamia-User-482898552 was probably spot on point by saying how it's more 'realistic' using a real gun and the US audience know how realistic firearms are..
Resources
Very Peri
Skin
News
General
Opinion
True Crime
Politics
Sport
Explainer
Entertainment
Celebrity
Reality TV
Movies
TV
Books
Rogue
Royal
Lifestyle
Beauty
Fashion
Weddings
Home
Wellness
Health
Fitness
Travel
Food
Family
Before The Bump
Pregnancy
Baby
Kids
Teens
School
Parent Opinion
Work & Money
Money
Finance
Career
Lady Startup