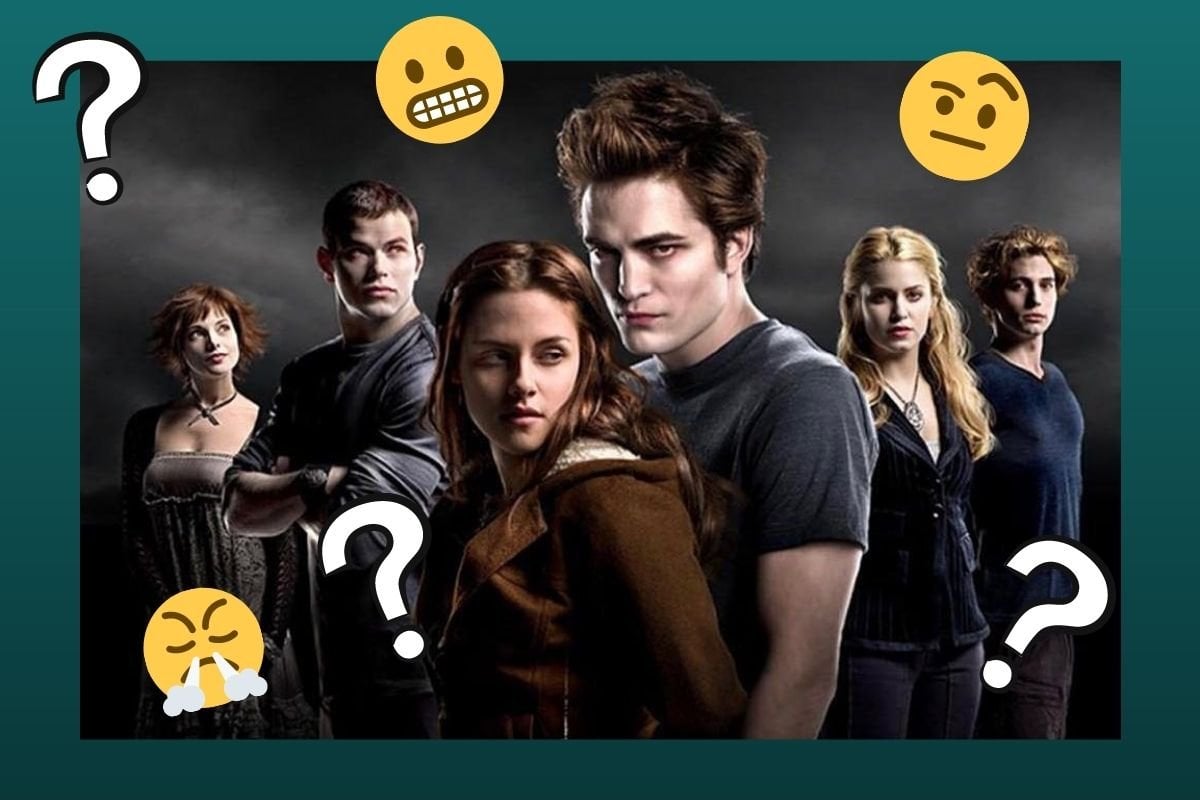 When the first Twilight film was released in 2008 I was in Year 12.

I'd read all the books as they were printed (from 2005), and I distinctly remember greedily digesting the movies while also pretending I was too old for them.

I enjoyed them as they were meant to be enjoyed, as a vampire-love-story-fiction and a 'Jacob verses Edward' heartthrob-off.

Now, aged 30, I've been re-watching them in Sydney's lockdown (hello week 12!), and I need to talk about it immediately.

Because, WHAT THE HELL?

I'm not the only one that's been revisiting my teenage-hood. There's been a Twilight resurgence of late, as Gen Z and Millennial (mainly women) who worshipped the series, reflect on the chaos they once lapped up without blinking an eye.

The constant constipated looks on both Edward and Jasper's faces because of the whole human blood smelling delicious thing.

We’re only 11 minutes into the first movie. Buckle up. ##twilight ##fyp ##vampire 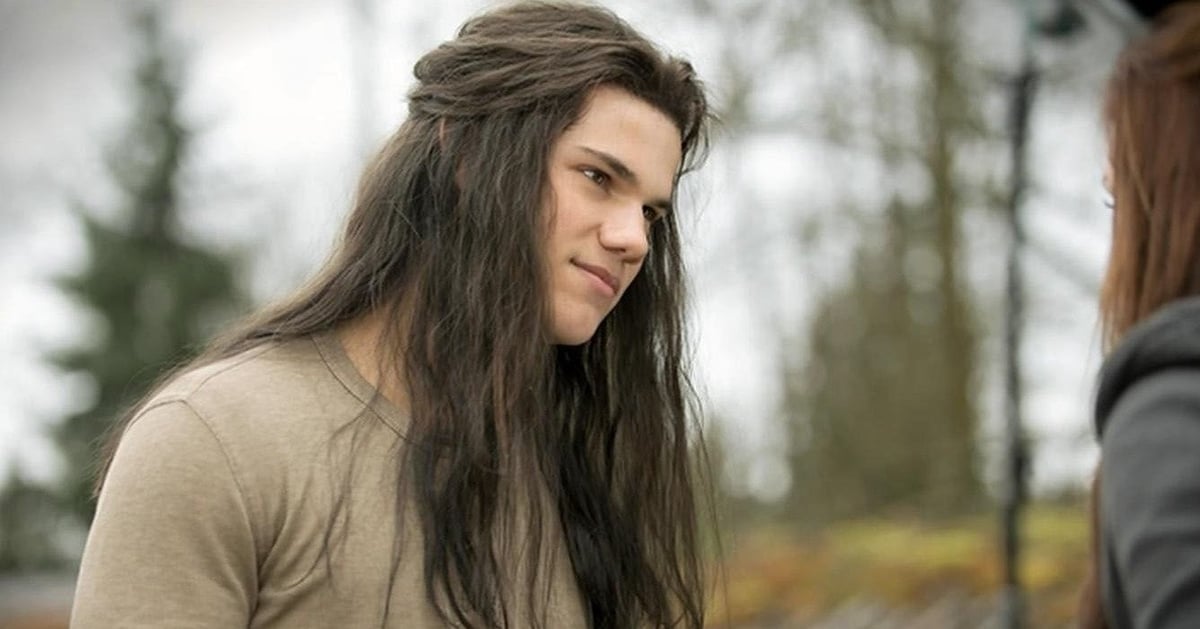 But there's also a lot of disturbing themes that I can't believe went over my/our heads the first time, probably subconsciously nestling themselves into our brains and our expectations.

Here are the six most disturbing:

Let's start with the obvious: Edward Cullen is the absolute worst.

Watching Bella as she sleeps, without her knowledge.

Stalking her all over town and then to a completely different town, while she's on a day-trip with friends.

The controlling, possessive nature of the relationship itself, particularly the depiction of Edward isolating Bella from her friends and her family because #vampirethings. 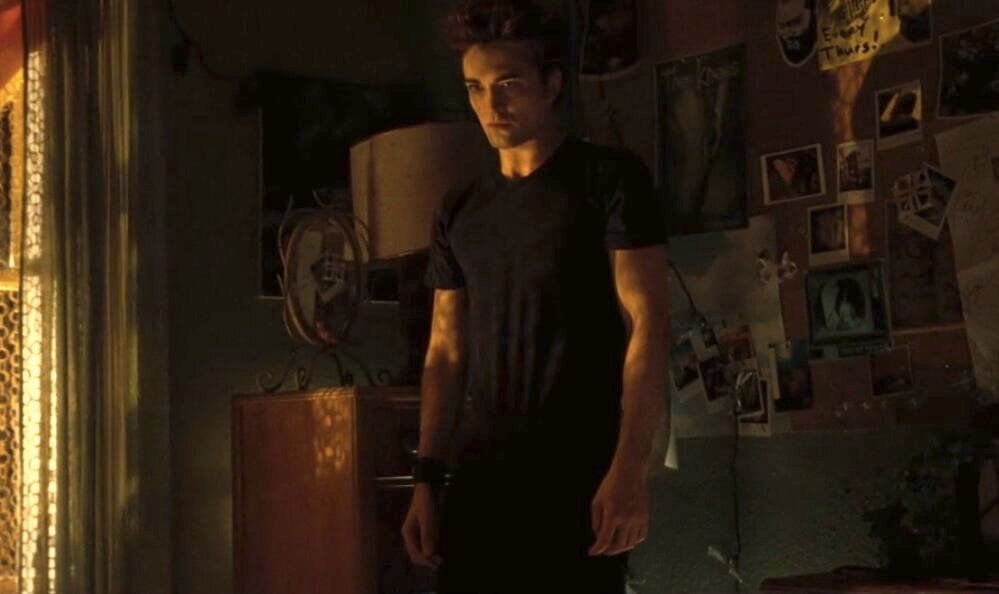 And let's not forget the fact that Edward leaves literal bruises on Bella during sex in Breaking Dawn - Part 1. I mean sure, he is a super strong vampire and was trying to be gentle, blah blah blah. But why is it okay in a fiction setting, especially fiction targeted towards teenagers, to romanticise violent intercourse? 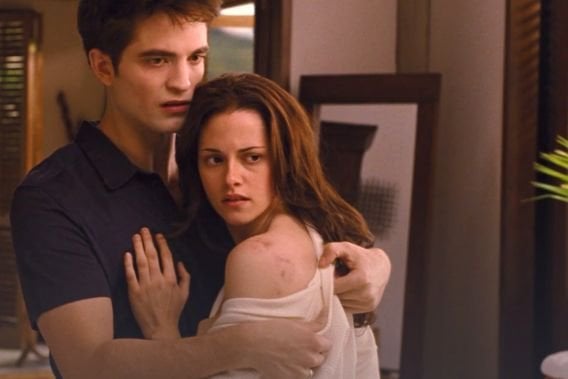 During the much anticipated sex scenes Bella couldn't care less about being injured. Cool cool cool.

When you take away the supernatural element, this 'romance' is literally a controlling, abusive relationship that Bella just accepts because 'that's who he is'.

2. Bella's whole 'personality' is about how desirable she is.

After re-watching all five films in an unnaturally short time period, I honestly have no idea who Bella is and what she's interested in apart from Edward. Jacob. And eventually her daughter, Renesmee.

Her character has no personality. None. She is simply the 'desired one' in town. Edward loves her. Jacob loves her. Mike loves her. Eric loves her. The creepy men/creepy vampires want to drink her. Fin. That's literally the whole movie.

You know how we live in a patriarchal society where a woman's worth is determined by how 'attractive' and 'desirable' she is...YEAH, THIS ISN'T HELPING THAT.

She treats Jacob horribly. Cut that boy off woman. Let him go - you're not interested. So why do you keep leaving him dangling there, hopeful?

It's really hard to watch back. And once again, it taught a generation of women that it's okay to either be led on as 'second best' or lead someone on.

Ok. I know that Jacob doesn't think of Renesmee in a sexual way when he imprints on her as a baby.

Let's revisit Jacob's explanation of imprinting: "It's not like love at first sight, really. It's more like… gravity moves… suddenly. It's not the earth holding you here anymore, she does… You become whatever she needs you to be, whether that's a protector, or a lover, or a friend."

Regardless of semantics, it's still very creepy.

We see (through Alice's visions) that Jacob eventually goes from being a friend to being Renesmee's lover.

Take away the supernatural stuff and it's just really f**ked up grooming.

5. Bella's parents are totally fine with her getting married at 18 and then just, disappearing.

It's cringe enough that getting married and being with Edward becomes Bella's ONLY goal out of high school.

But after their honeymoon, when Bella gets pregnant with a fast-growing vampire baby, Charlie and Renee are apparently fine with their 18-year-old daughter getting medical treatment for some mystery disease for months on end in a different country? 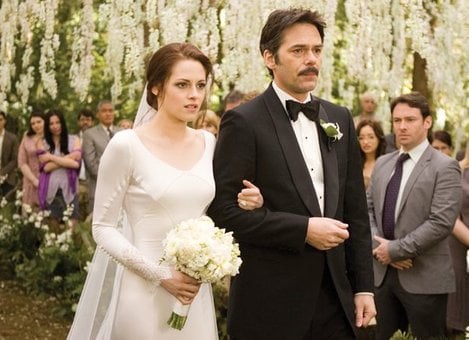 Bella gets married and then just vanishes.

So, we're back to the isolating from family and friends theme. Cool.

6. Why are 100+ year old vampires fine with repeating high school for eternity?

Okay, how about we conclude with something a little less heavy.

Let's play a game. If you were hundreds or thousands of years old, what few years of your life would you relive over and over again?

For me, it would be my mid-20s when I was travelling the world, working freelance on projects that interested me. You couldn't pay me to return to high school. Sure, my experience there was fine. Great even. But sitting in Year 11 science class with a bunch of 17-year-olds at the age of 109 would make me want to scratch my eyes out. 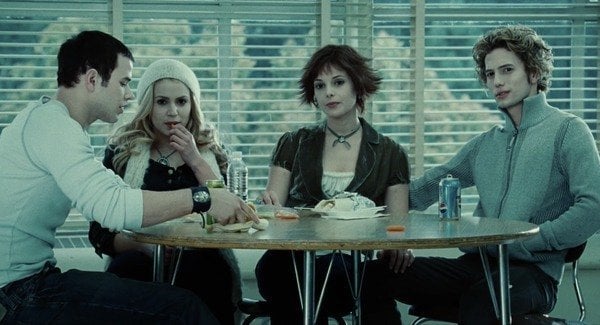 You look 35, you don't have to pretend to go to highschool?!

Cullens. Pick a new life stage to impersonate. You could pass for anything up to about 45.

Reliving high school over and over again is just plain weird.

Reply
Upvote
The whole franchise was indeed problematic but I disagree about Bella. She did have an identity. She was a quiet, introverted tomboy. She liked trucks and motorbikes, listening to music and reading and she was loyal to her family. Sure she ended up being a bit of a drip when it came to romance but that was a major part of the story. As for Edward - take away the anti-aging bonus of being a vampire and you'd have a decrepit old dude seducing a teenager. That fact always blew me away. He 'looked' like a teenager so the creepy age difference and all the power imbalances apparently weren't an issue.
L
laura__palmer 4 months ago

Reply
Upvote
Hilarious! I read the books in my 20s, and I can absolutely say that all of these things were discussed at length by adults who were quite horrified at what was being offered as YA fiction to teenaged girls. Edward is absolutely toxic, Bella is a Mary Sue with no personality (she's "clumsy", that's about her only "flaw"), and don't even get me started on the imprinting on a baby. Gross! Poor Jacob, though. As you say, Bella just uses the poor bloke.
Also, the writing. My god, the writing. Horrendous! Everything is wintry and everyone is chagrined. Constantly.
M
mamamia-user-482898552 4 months ago

Reply
Upvote
1 upvotes
@laura__palmer The books and films are unarguably complete rubbish, but then again I belong to the generation who grew up reading Virginia Andrews fiction, so I'm not going to be throwing any stones here.