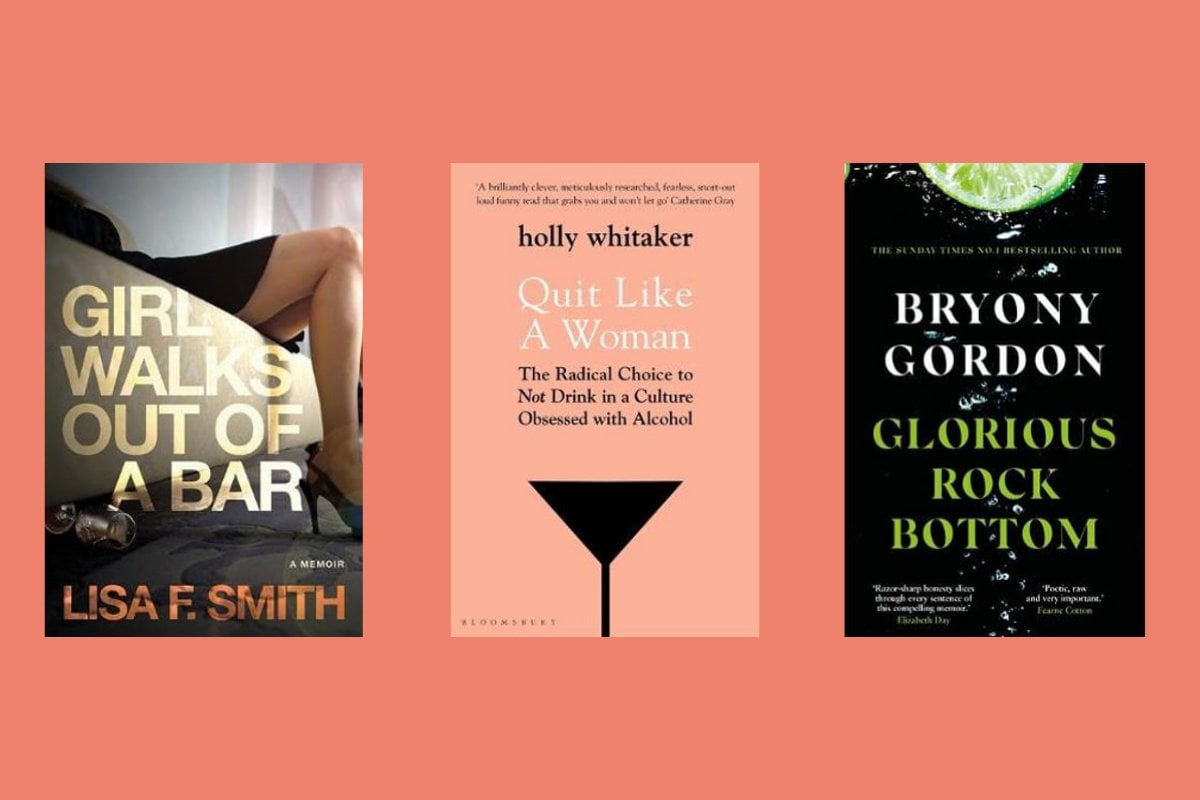 Chrissy Teigen is over 50 days sober.

The 35-year-old, who has been open about her difficult relationship with alcohol in the past, celebrated with an Instagram post, saying: "Today is my 50 day sobriety streak! it should be nearly a year but I had a few (wine) hiccups in the road."

Back in December 2020, Teigen shared it was the book Quit Like A Woman: The Radical Choice to Not Drink in a Society Obsessed with Alcohol by Holly Whittaker that first inspired her to stop drinking.

Watch: Your body after a year without alcohol. Post continues below.

"One month ago, on my birthday, I got this book from my doctor and friend," Teigen wrote with a photo of the book. "I was done with making an ass of myself in front of people (I'm still embarrassed), tired of day drinking and feeling like shit by 6, not being able to sleep."

Like Teigen, I've been sober-curious for a while, so I sat down with Whittaker's book. While I don't know if I will ever give up alcohol completely, reading such a thorough exploration of drinking culture through a feminist lens that lays out a clear roadmap to cutting it out, it made me wonder just what might be possible.

And so began my foray into the world of 'quit-lit'. From memoirs to self-help, to psychological studies, I've devoured a lot of it. Here are seven books I recommend you read if you're desperate to quit, curious about sobriety, or simply interested in learning more about addiction.

1. Quit Like A Woman: The Radical Choice to Not Drink in a Society Obsessed with Alcohol by Holly Whittaker 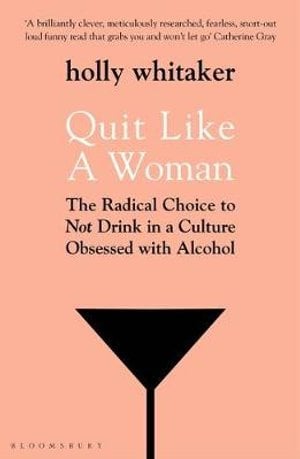 As a society, we are obsessed with alcohol. But I never realised just how dysfunctional that relationship is until I read this book. To quote Whittaker: "It [alcohol] is a qualifier for belonging and if you don’t imbibe, you are considered an anomaly."

With honesty and humour, Whittaker takes a groundbreaking look at drinking culture - and particularly how it hurts women.

She shares how she went from a 'normal drinker' to addicted to alcohol, and how her decision to quit led her to discover the male-centric nature of recovery programmes and the insidious role the patriarchy plays in the alcohol industry.

If you are a woman questioning the role of alcohol in your life, this book needs to be at the very top of your reading pile. 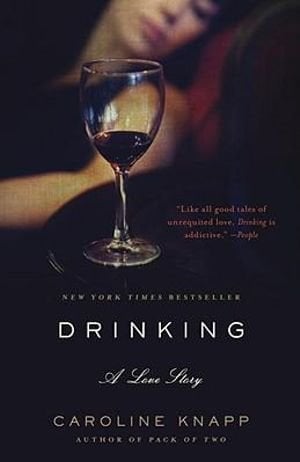 "It happened this way: I fell in love and then, because the love was ruining everything I cared about, I had to fall out."

That is the opening line of Caroline Knapp's stunning memoir, which chronicles her 20-year love affair with booze, a harrowing testament to the alluring but ultimately destructive powers of alcohol.

Knapp began drinking when she was 14 years old, drank during her years at an Ivy League University, and continued throughout her award-winning career as a journalist. Nobody knew.

With bravery and candour, Knapp writes about the personal crises that saw her reach her drinking nadir, before she was finally able to drop her "liquid armour" and break free from alcohol's grasp.

Sadly, Knapp died from lung cancer in 2002 aged just 42. But this memoir lives on as one of the most powerful and thought-provoking of its kind.

3. The Unexpected Joy of Being Sober by Catherine Gray 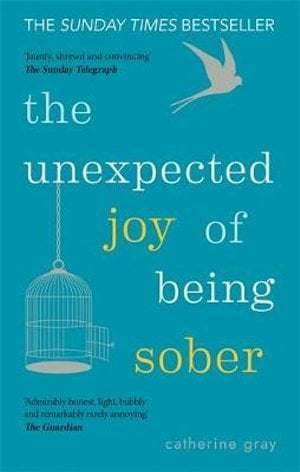 Catherine Gray didn't have one singular rock bottom moment that convinced her to quit drinking.

So while her anecdote about waking up one morning in a police cell after drunkenly telling a police officer to "f*ck off", is shocking, it wasn't her breaking point.

Instead, in this laugh-out-loud funny, part memoir, part self-help book, Gray describes a series of what she calls 'convincers' that eventually culminated in her decision to quit booze for good: hiding wine bottles in the bathroom, drinking mouthwash when she was unable to get her hands on a drink, telling her boyfriend she was going out to buy milk, then downing a can of gin of tonic on the way back...

Gray -  another successful journalist who spent years working at glamorous magazine titles in London (and enjoying all the booze-related trappings of that lifestyle) - writes about her drinking with humour and honesty. But the most appealing parts of this book are the self-help chapters, where she details how she quit - including suggested reading and practical tips for getting through the first 30 days - and paints a vivid picture of just how joyous and fulfilling a sober life can really be.

Her recent follow up, Sunshine Warm Sober: Unexpected Sober Joy that Lasts, written in Gray's eighth year of sobriety, builds on this beautifully and is an ode to the longer terms benefits of booze-free living.

4. Blackout: Remembering the Things I Drank to Forget by Sarah Hepola 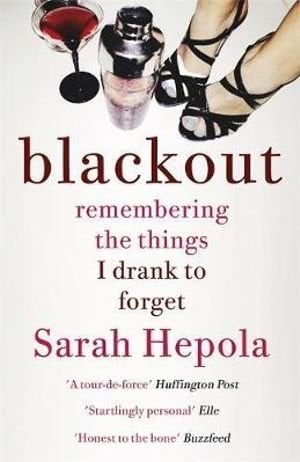 When Sarah Hepola woke from an alcohol-induced blackout to find herself having sex with a man she didn't recognise, she vowed to give up booze for good. But the next day she drank.

It would be three more years before she was finally able to stop for good.

Hepola - a master storyteller (and yes, another journalist) - takes you along on a wild ride through her electrifying 20s and increasingly terrifying 30s, when to her, alcohol was simply "the gasoline of all adventures". She prided herself on matching her male colleagues drink for drink, on always being the last woman standing. Drinking was freedom.

But 'freedom' came at a price: regular blackouts. And Hepola wants to be clear, a blackout is not the same thing as "passing out" on the couch after a few too many.

"A blackout is when you drink so much that your long-term memory shuts down. You continue to talk with people, laugh, tell stories about your life but the recorder in your brain is not going. It's a self-imposed amnesia," she says.

She's done her research - and the science is... scary.

Hepola blacked out frequently. Her accounts of those occasions (or rather, her early morning attempts to turn detective to fill in the blanks) are painfully honest, panic-inducing, and at times, bitingly funny.

And throughout the later part of the memoir, she writes of recovery, and how in the wake of all those lost memories, she finally found out who she really was. 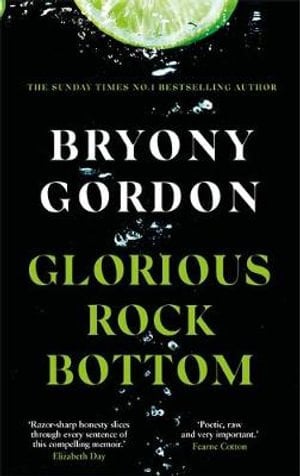 British journalist (yep, another one) Bryony Gordon has been through the ringer - and she's documented it all in her columns and later in her books, The Wrong Knickers (where she details her wild 20s - it's worth reading it for the anecdote behind the title alone), and Mad Girl (where she writes candidly about her mental health - specifically her experience with a form of OCD called Pure O).

But her drug and alcohol use in later life - after she got married and became a mother - is something she's only just ready to open up about - and she does it the only way Gordon knows how - with blistering honesty and razor-sharp wit.

In one chapter, Bryony recalls waking up in a field to find a man who was not her husband performing a sex act on her.

In another, she discusses the issues she had trying to breastfeed her baby daughter, and how she never fought to make it work, because it meant she could drink sooner. She recalls leaving her daughter with her husband, and switching off her phone so she could go on a bender. Later, she takes her daughter to the pub, and pushes the pram home while drunk.

"I thought having a baby would cure me of my wild ways, but in fact, as a hardcore drinker who once wrote a party girl newspaper column, I had picked up almost exactly where I left off after a couple of weeks of motherhood," she writes.

Gordon shines a light on the link between addiction and mental health issues, telling her story of eventual recovery with an enormous amount of hope and heart. 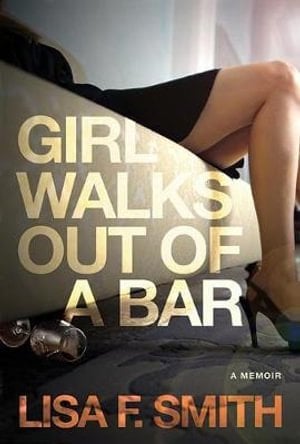 Strap in. This one is a brutal, no holds barred, gobsmacking account of a truly horrifying decade of addiction. Yet if you met Lisa Smith at the height of her nightmare, you likely wouldn't have guessed anything was wrong.

A bright young lawyer at a prestigious New York law firm, she worked hard and played hard, just like her colleagues. But behind closed doors, her addictions to alcohol and cocaine quickly spiralled out of control.

"Shit. It was 7 o'clock on a Monday morning and I needed wine," is the opening line of the book, just to give you an idea.

Smith drank and used around the clock but managed to keep it all hidden for the most part. She was a high functioning addict until one morning she... wasn't. With blood in her urine and a glass of wine in her hand just to get out the door for work, she finally reached out for help.

This memoir is about as real as they come and while not an easy read at times, I struggled to put it down because I was willing Smith to survive with every turn of the page.

If you're struggling with addiction, trying to help someone who is, or just enjoy a bloody compelling read, this book is unmissable.

7. Dry: A Memoir by Augusten Burroughs 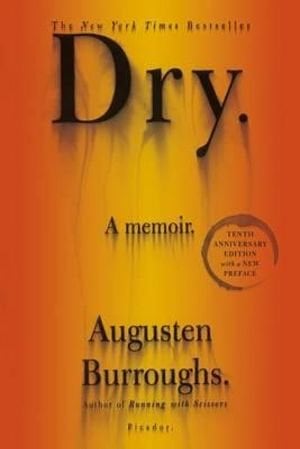 Augusten Burroughs is a very likeable and charismatic narrator. Which is why I didn't mind too much when this book became more about his tangled love life than his addiction and his sobriety. But more on that later.

Like Smith, Burroughs was a high flyer in New York City, where he worked in advertising. But unlike Smith, he was not so good at hiding his out-of-control drinking, and was ordered into rehab by his bosses.

During his 30 day programme, Burroughs is really forced to examine himself, and with his frank and fearless words, he breaks himself open and lets you inside his troubled mind.

But the real challenge comes when he leaves rehab and heads back into the real world. In early sobriety is he ready to navigate a new relationship with a fellow addict? How will he cope when his former lover and best friend Pighead, is diagnosed HIV positive?

At first, I thought Burroughs had glossed over the horrors of alcohol abuse with his humour and that his recovery journey seemed suspiciously smooth.

I was wrong. Burroughs will become your friend. And you will laugh and cry with him until the very end.