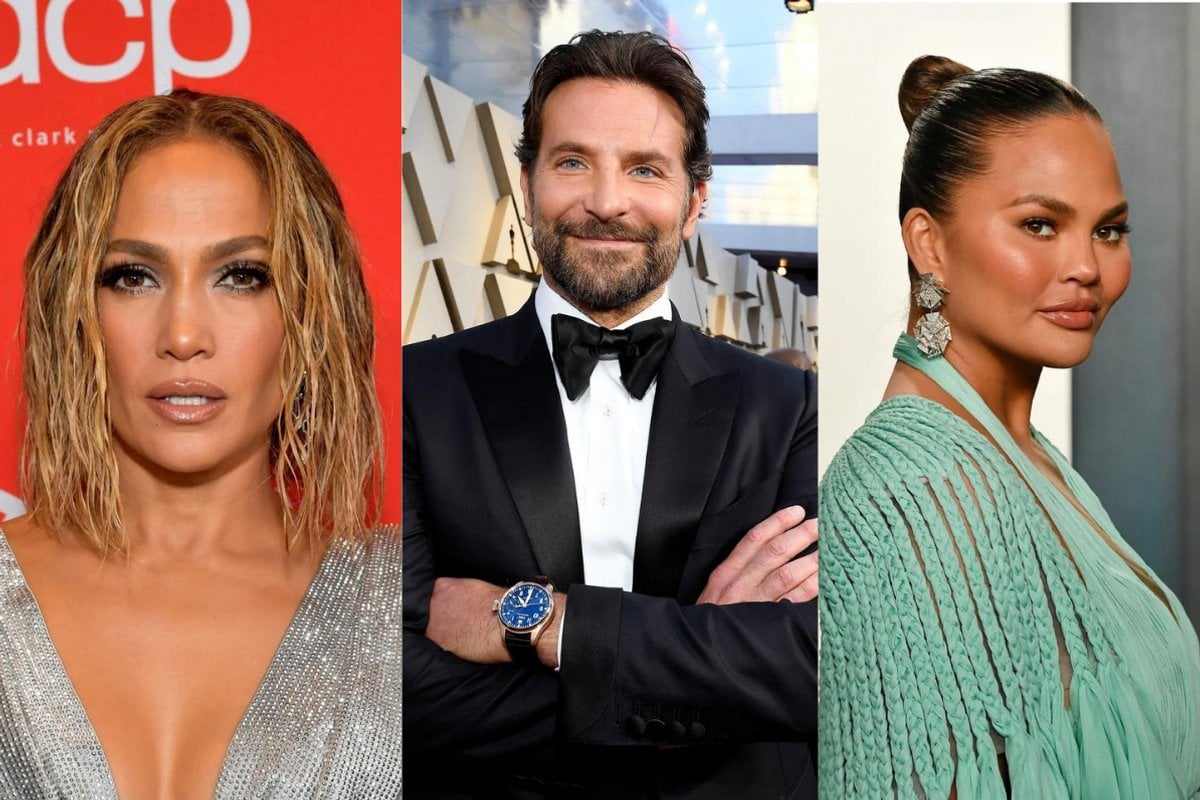 While it's hard to imagine a glamourous Hollywood party without a glass of champagne in hand, plenty of celebrities will convince you it's possible.

Whether it's for health reasons or addiction issues, many of our favourite A-listers have embraced sobriety.

Here's why 12 of them quit drinking. 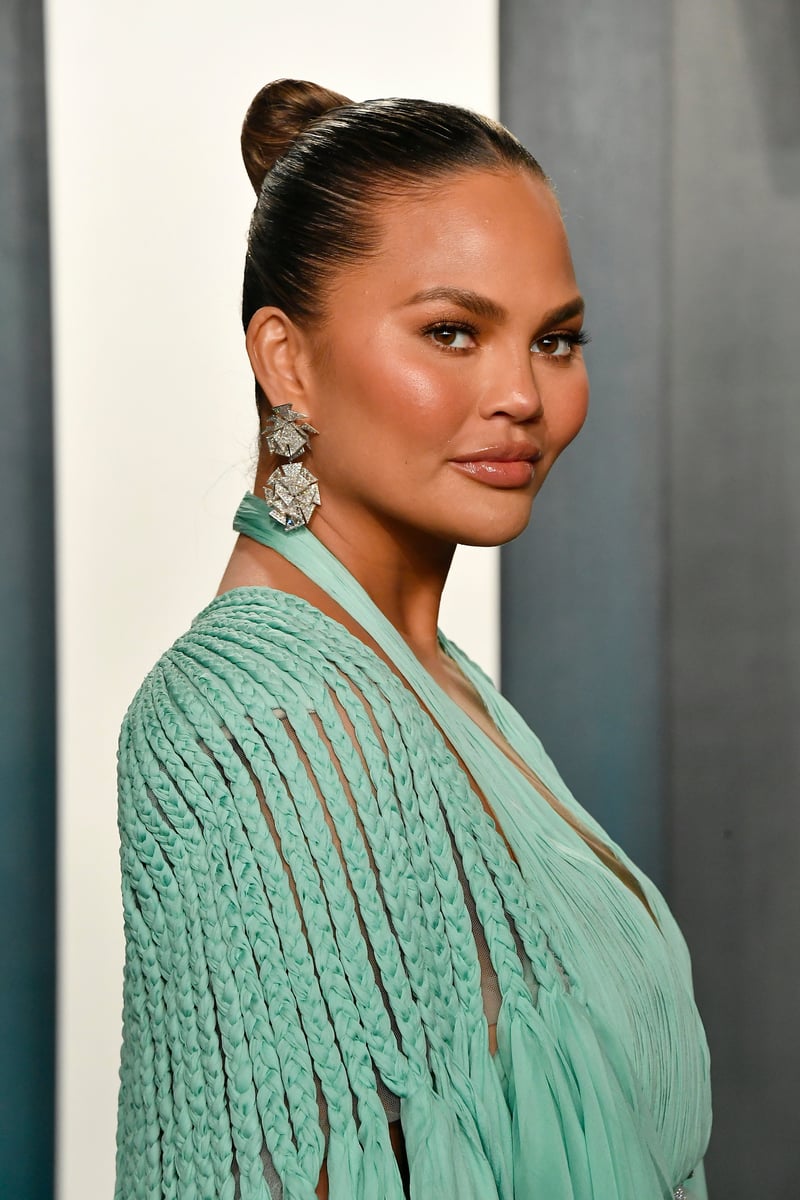 In December 2020, Chrissy Teigen announced she was four weeks sober.

"Ran our asses up the stairs for this shot. Just incredible to be here. Sober. I know that’s weird but it’s like... a different world for me. Everything is new and better. Very happy. The most happy bigly happy," she captioned a photo of herself, her husband, John Legend, and their children, Luna and Miles.

ran our asses up the stairs for this shot. just incredible to be here. sober. I know that’s weird but it’s like...a different world for me. everything is new and better. very happy. the most happy bigly happy pic.twitter.com/kdbp9A8ocE

That same month, Teigen uploaded a post to her Instagram Story explaining that it was when she received the book Quit Like a Woman: The Radical Choice to Not Drink in a Culture Obsessed With Alcohol by Holly Whitaker, that she realised it was time to give up drinking for good.

"One month ago, on my birthday, I got this book from my doctor and friend," Teigen wrote. "I was done with making an ass of myself in front of people (I'm still embarrassed), tired of day drinking and feeling like sh*t at six, not being able to sleep."

Back in 2017, Chrissy Teigen spoke to Cosmopolitan about her complicated relationship with alcohol; something that runs in her family.

"I was, point blank, just drinking too much," she told the publication. "I got used to being in hair and makeup and having a glass of wine. Then that glass of wine would carry over into me having one before the awards show. And then a bunch at the awards show," she said.

"And then I felt bad for making kind of an ass of myself to people that I really respected. And that feeling, there's just nothing like that. You feel horrible. It's not a good look for me, for John, for anybody."

In August, Teigen shared that being sober with everything she's dealt with in the past year, including a miscarriage, has been difficult.

Underneath an Instagram photo of herself and Legend in New York, she explained they've been eating at a particular Italian restaurant for over a decade. Each week, Teigen would either "drag" Legend there or she would sit at the bar, eating and drinking alone.

"I would never ever miss a Thursday," Teigen wrote. "Thursday was lasagna verde day - a bubbling, piping hot dish of cheesy lasagna with the toastiest edges you could ever wish for.

"I’d sit there with my multiple double vodka sodas and get day drunk by myself (this is not a brag lol I was basically a functioning alcoholic) then buy hats I didn’t like or need at Urban Outfitters."

She continued to explain how she hasn't fully processed losing their baby Jack, and unlike in the past, she doesn't have alcohol to "numb it away".

"I'm slightly down lately. It kind of started when I was thinking of my book caption and typed out 'my third baby is here!', as in the cookbook, then realised my third baby will never be here," she wrote.

"Then I realised I threw myself into the book to not think of the real, actual third baby. I don’t really feel like I fully processed Jack and now that I don’t have the alcohol to numb it away, things are just... there, waiting to be acknowledged."

"The first time I have ever been able to enjoy everyone enjoying dinner," she wrote on Instagram.

"I used to start my Thanksgiving prep with a shot of cafe patron (coffee tequila) and I’d pretty much take another every couple of hours.

"I didn’t even make any crucial recipe errors this year!" 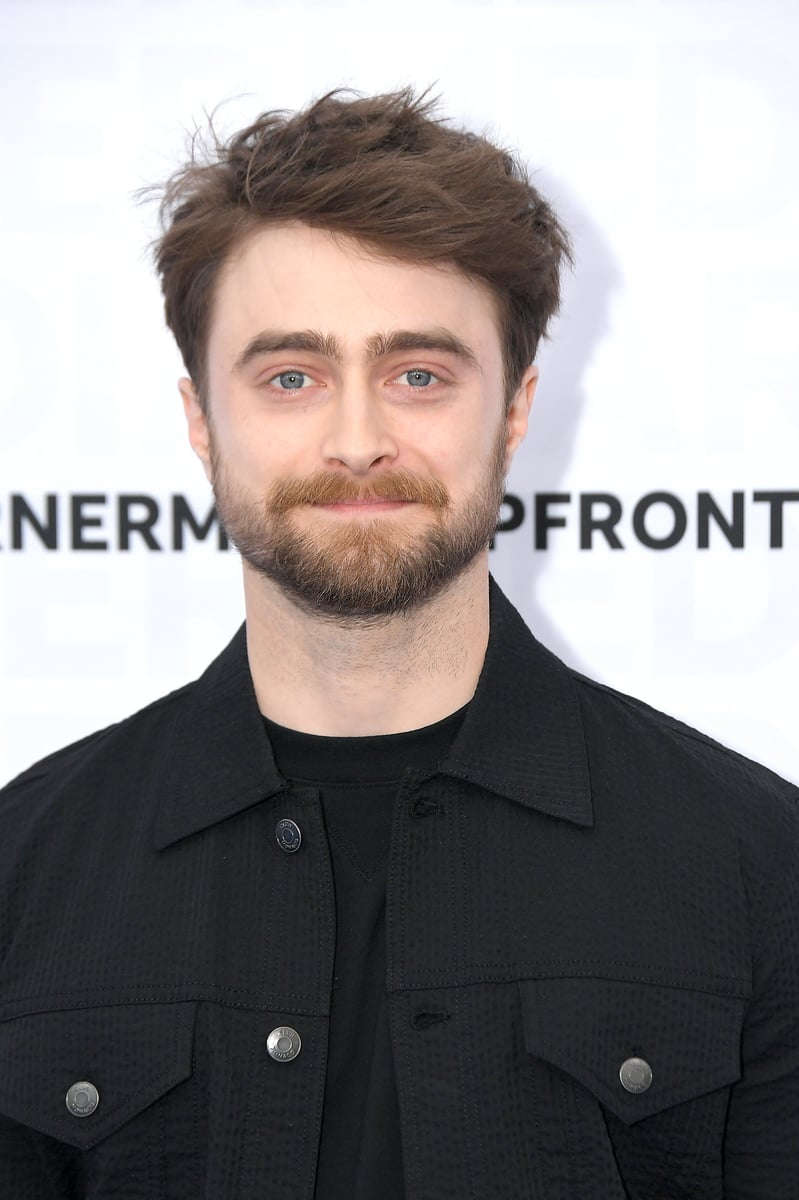 Daniel Radcliffe has been open about his struggles with alcohol throughout his career. In 2020, he said that the Harry Potter movie franchise ending contributed to him quitting.

"If I went out and if I got drunk, I’d suddenly be aware of there being interest in that because it’s not just a drunk guy, it’s 'Oh, Harry Potter’s getting drunk in the bar,'" Radcliffe said on BBC Radio 4’s latest Desert Island Discs, via The Independent.

He added: "[Playing Harry Potter] carried some kind of interest for people and also a slightly mocking interest. It’s inherently funny for people."

So his way of dealing with that was "to drink more or get more drunk, so I did a lot of that for a few years".

Radcliffe explained that towards the end of the movies, he realised he had to quit alcohol to move forward.

"A lot of drinking that happened towards the end of Potter and for a little bit after it finished, it was panic, a little bit not knowing what to do next — not being comfortable enough in who I was to remain sober," he said.

The now 32-year-old actor has been sober since 2010, a year before the final Harry Potter film. 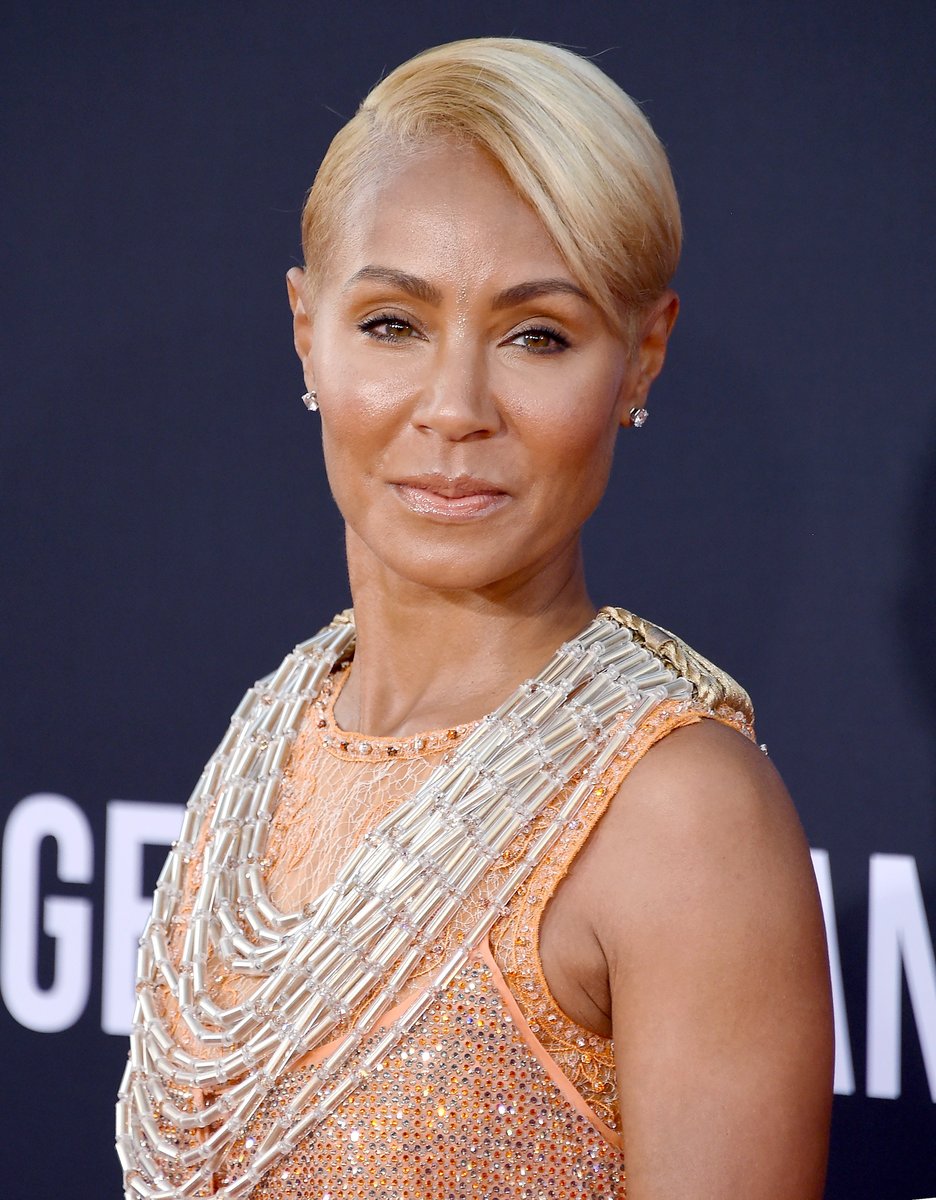 Alcohol addiction is something that not only Jada Pinkett Smith has suffered, but her family too.

"Alcoholism and drug addiction runs through my family and I’ve had my own addiction that I’ve had to get over," Pinkett Smith admitted during an episode of Red Table Talk.

"I remember reaching a rock bottom that time I was in the house by myself and I had those two bottles of wine and was going for the third bottle," she said. "And I was like, 'Now hold up. You’re in this house by yourself going onto your third bottle of wine? You might have a problem.'"

Pinkett Smith has had various addictions over the years including, sex addiction, gym addiction and alcohol addiction.

She said she had to go "cold turkey" to break all of them. 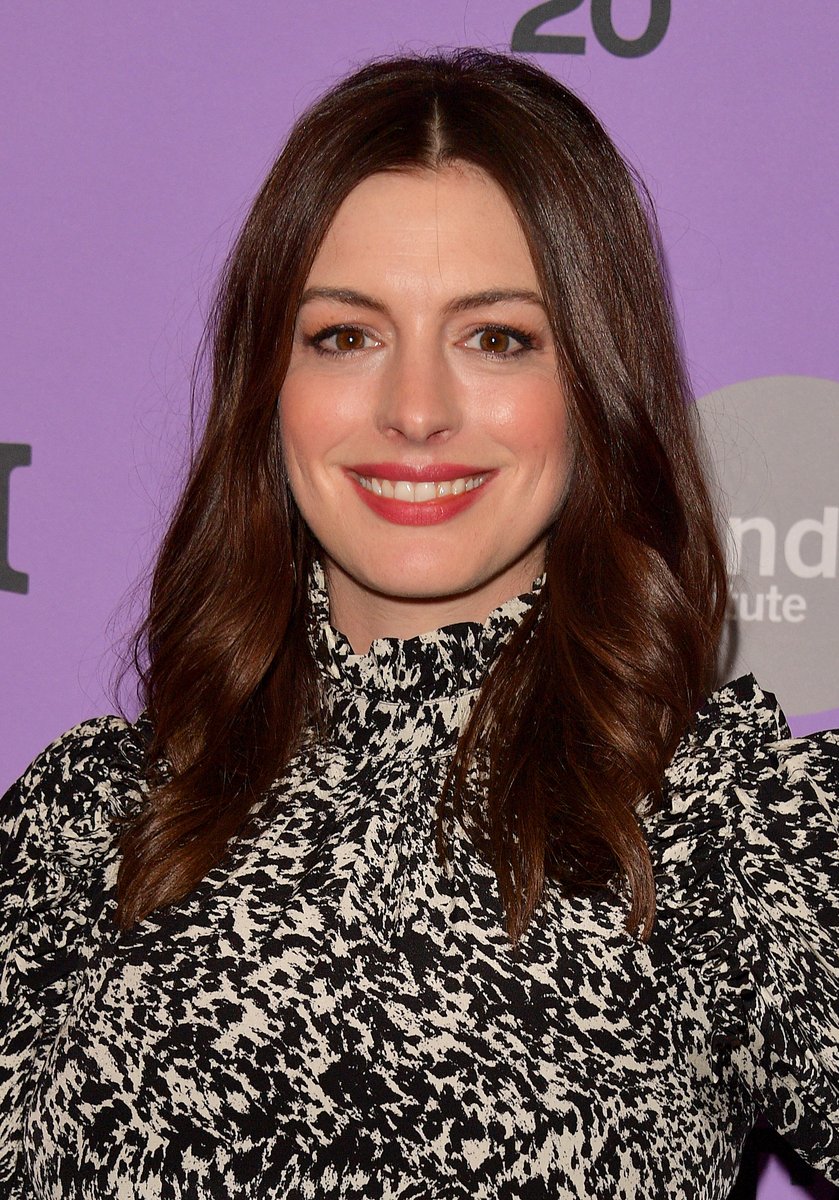 In 2018, Anne Hathaway decided to stop drinking. The following year, she told Ellen DeGeneres why.

"I quit drinking back in October [2018]... for 18 years," she told the talk show host. "I'm gonna stop drinking while my son's living in my house just because I don't totally love the way I do it, and he's getting to an age where he really does need me all the time in the mornings."

"I did one school run one day where I dropped him off at school. I wasn't driving, but I was hungover and that was enough for me," she said. 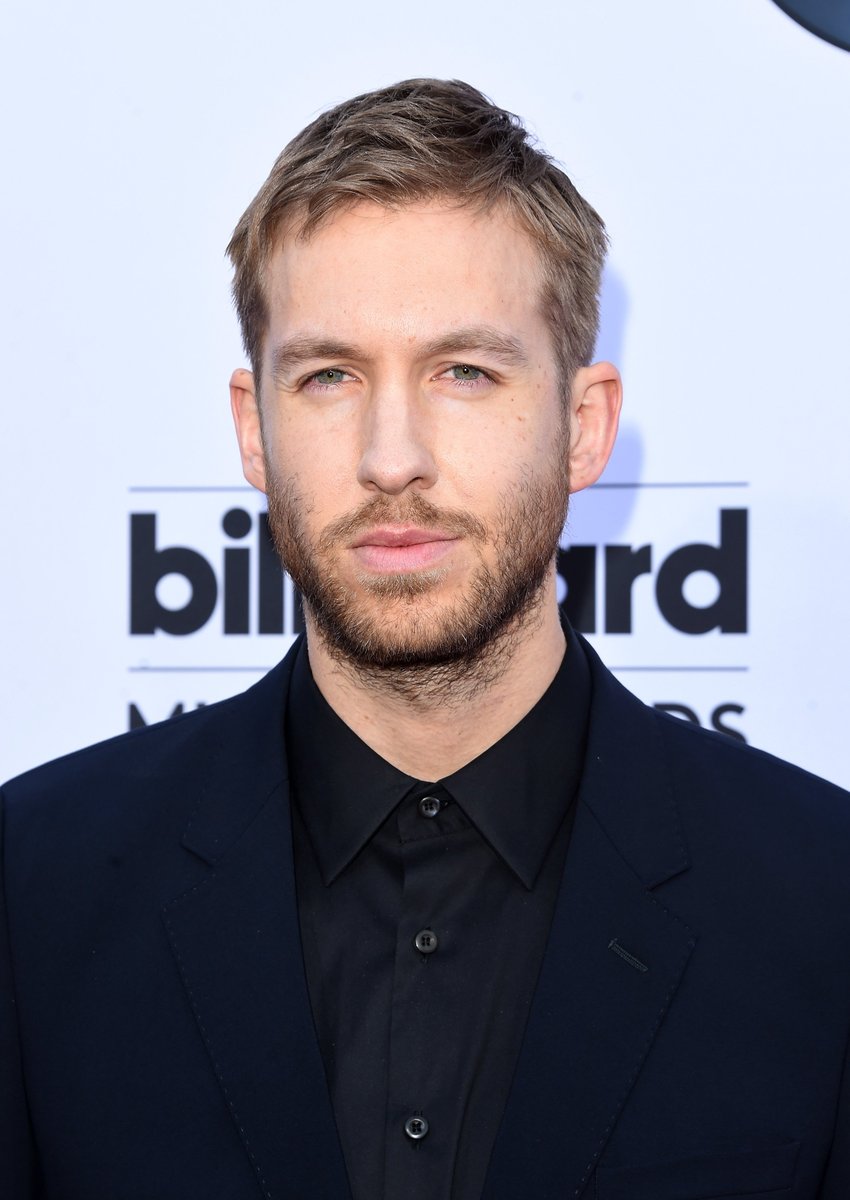 DJ Calvin Harris has openly spoken about his reasons for quitting alcohol.

"The fact that people would pay to see a show and I'd be rubbish - it wasn't fair," the 37-year-old told BBC. "Ever since I quit, I've worked every single day and loved it."

He also stressed that he didn't quit because he had a problem with drinking.

"I wasn't an alcoholic or anything like that, but it was clearly affecting what I do," he said. "That started to annoy me because I've been trying to get where I am for 11 years."

"I realised, 'Why would I want to waste time drinking and going out to parties when I can sit in a studio and make music and have it come out and be released?'

"Ever since then, I've been working every single day. I haven't needed a recovery day from getting a hangover, or anything like that," he added. 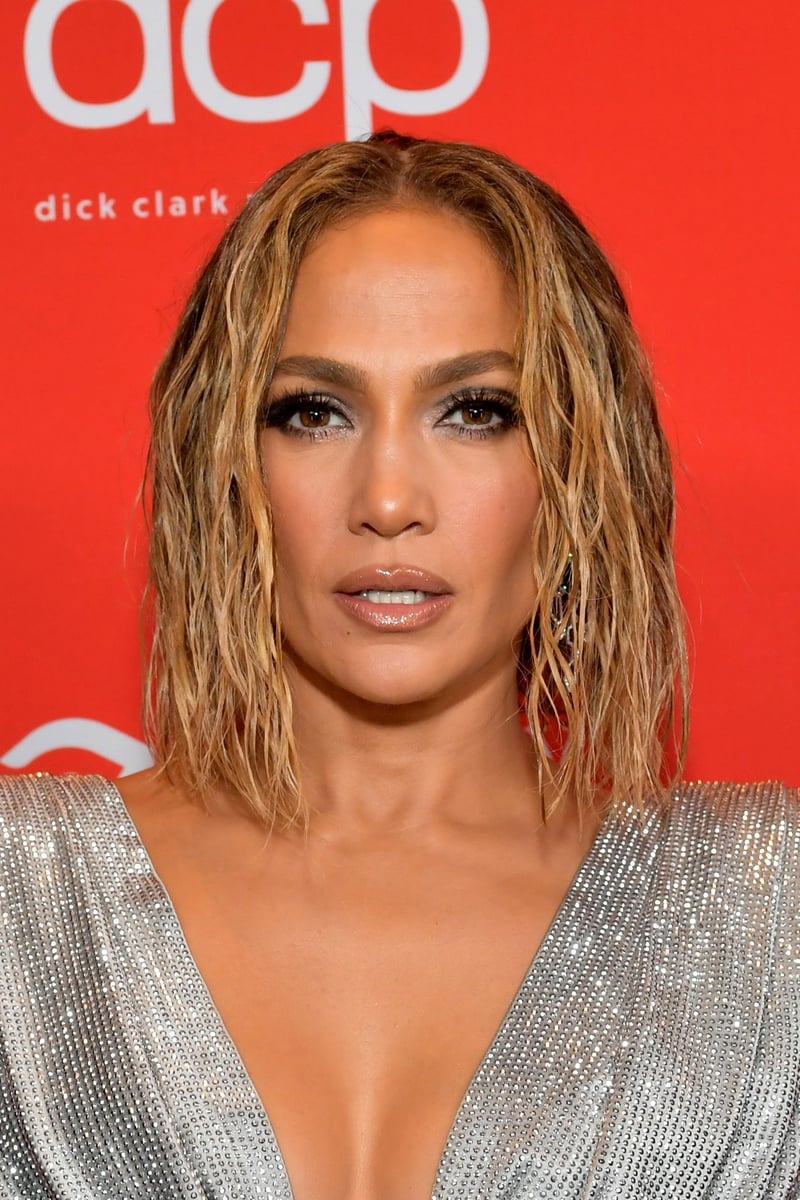 Jennifer Lopez has a different reason she doesn't drink.

"I think that ruins your skin," she told InStyle in 2003. "Of course, during celebratory toasts, everybody's like, 'You can't toast with water!' So I'll toast with alcohol and just take a sip." 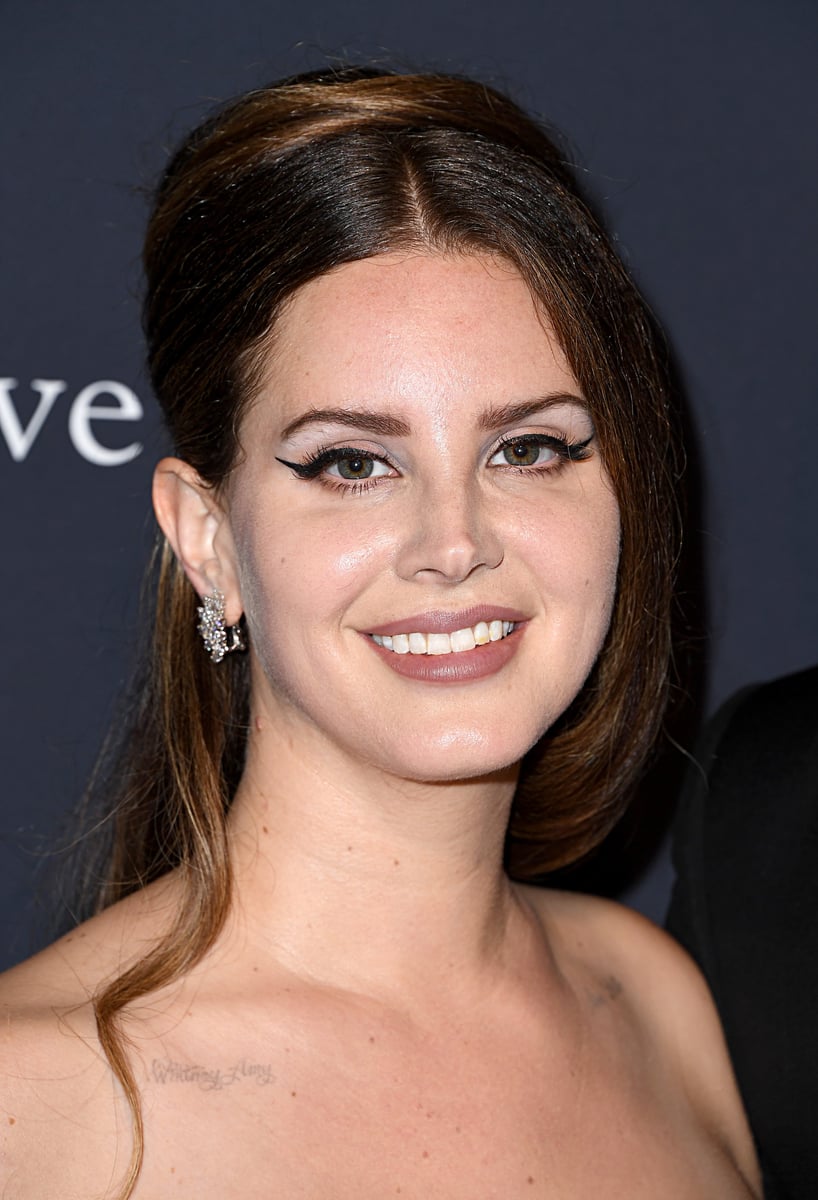 In 2012, singer Lana Del Rey announced that she's been an alcoholic since she was 14 years old. It was when it got really bad that she knew it was time to give it up for good.

"It's been nine years since my last drink," she told GQ. "That's really why I got sent to boarding school aged 14 - to get sober."

"My parents were worried, I was worried. I knew it was a problem when I liked it more than I liked doing anything else," she said. "I was like, 'I'm fed. I am totally fed.' Like, at first it's fine and you think you have a dark side - it's exciting - and then you realise the dark side wins every time if you decide to indulge in it. It's also a completely different way of living when you know that, it's like being a different species of person."

"It was horrific. It was the worst thing that ever happened to me," she added. 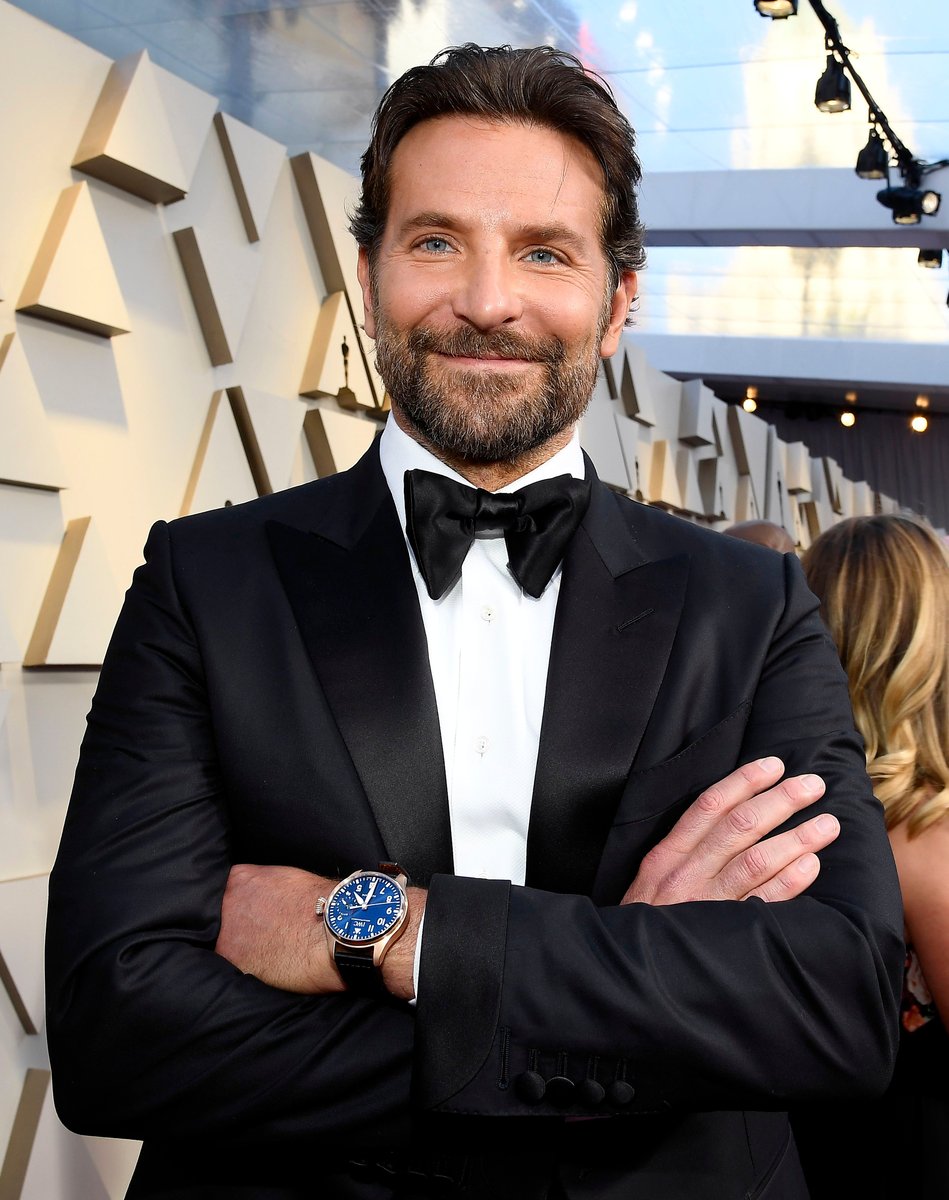 In 2013, Bradley Cooper shared he quit alcohol for good in the early '00s.

Speaking to GQ, the Star is Born actor said that "if I continued it, I was really going to sabotage my whole life." 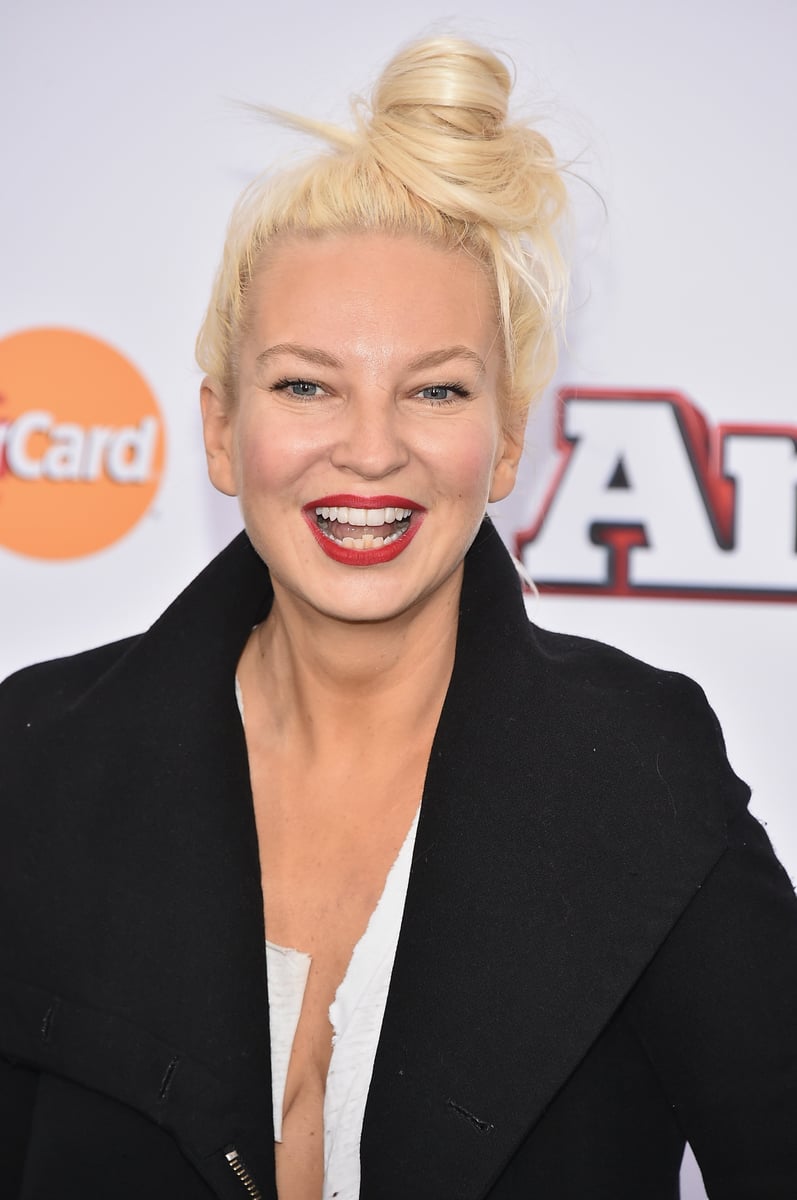 In September 2018, Sia announced she was eight years sober.

"Eight years sober today," she wrote on Twitter. "I love you, keep going. You can do it."

When appearing on The Late Late Show's Carpool Karaoke, the singer spoke to James Corden about her struggles.

"I was a singer already for like 10 or 11 years to mediocre success, and I was an alcoholic and a drug addict, and I sobered up and decided I didn't want to be an artist anymore," she said. "I was starting to get a little bit famous and it was destabilising in some ways." 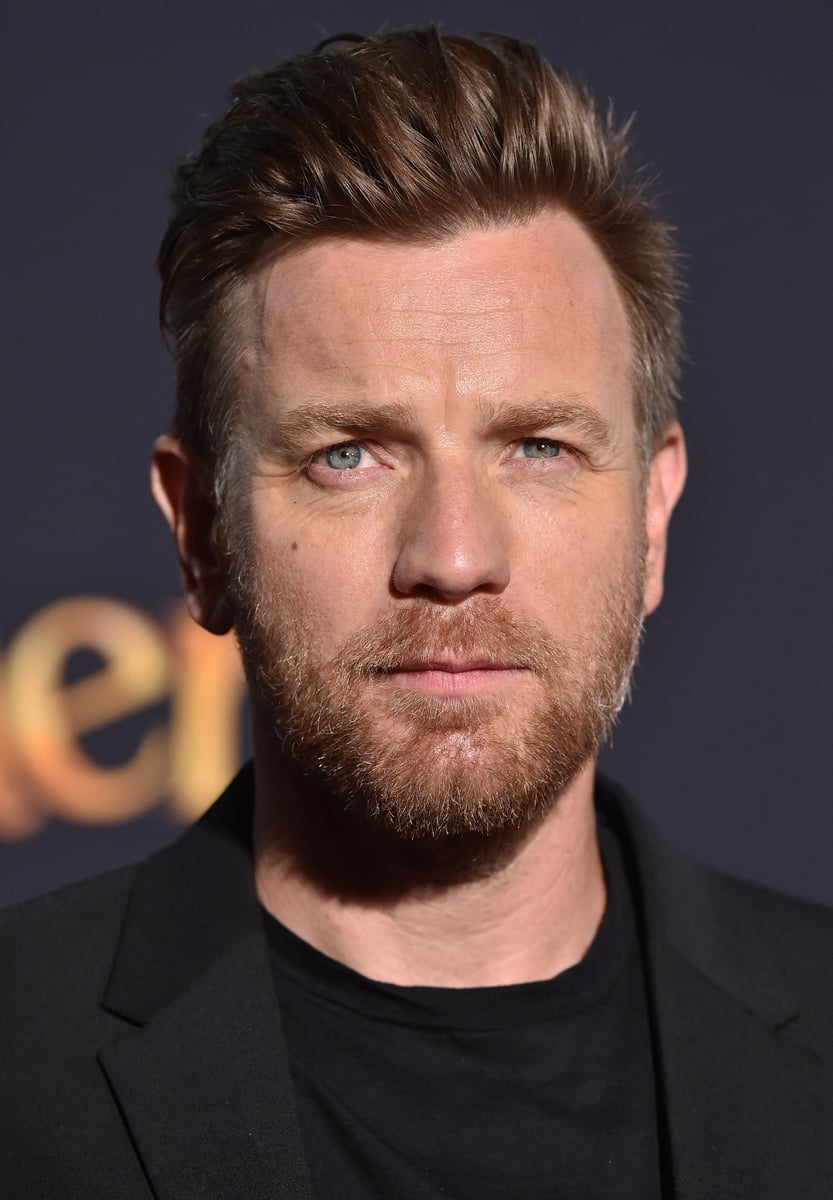 Ewan McGregor told Playboy in 2005 that he stopped drinking before it ruined his entire life.

"I knew I was lucky, and somehow I knew that if I didn't stop, everything would go tits up — my career, my family, my everything," he told the publication, via People. 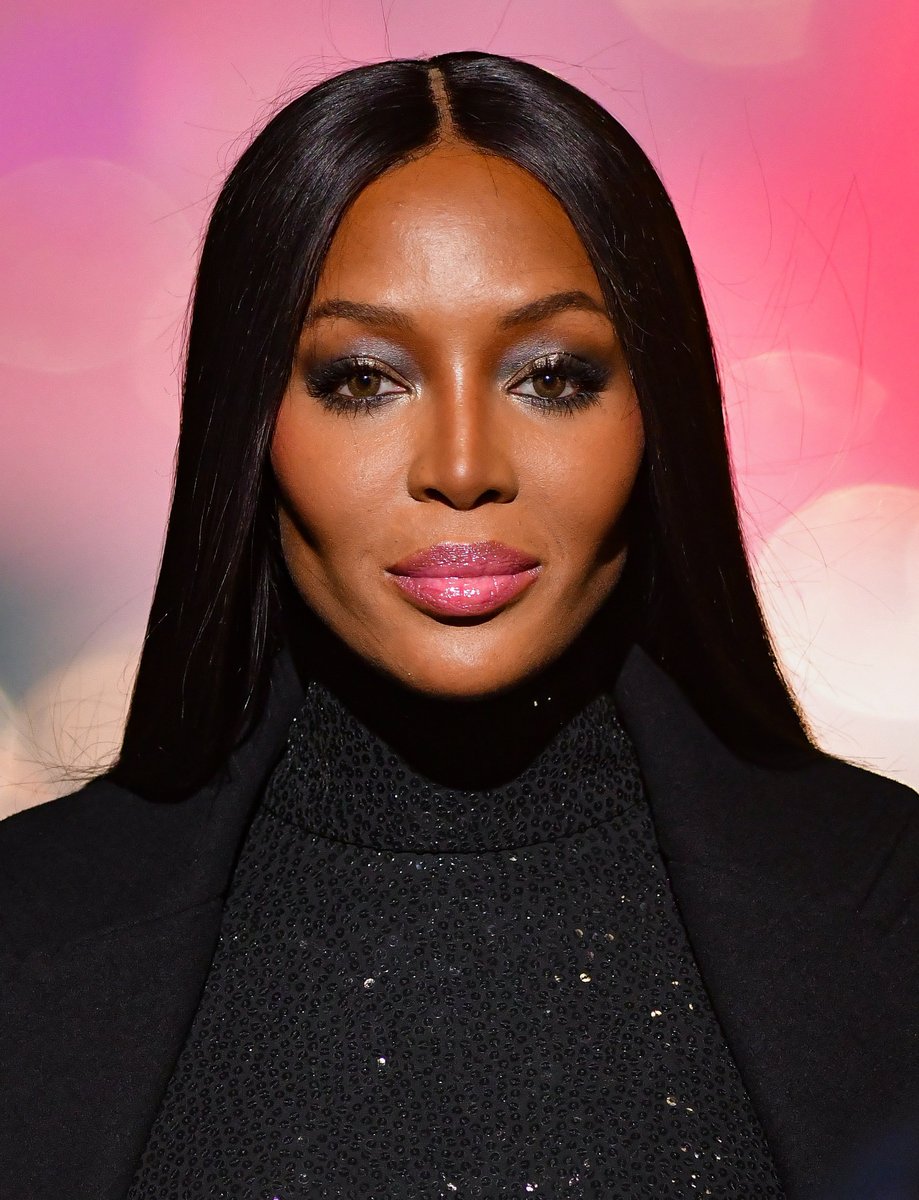 In 1999, after a five-year cocaine and alcohol addiction, Campbell checked herself into a rehabilitation facility. Now, she's been attending Narcotics and Alcoholics Anonymous, and therapy, for years.

"I choose not to drink today in my life because I find that I'm allergic to alcohol," she told Shape magazine, via the Irish Mirror.

"I have more energy and I have more fun than when I was drinking and I can hang out really late and get up early in the morning with no hangovers and still smile," she said. 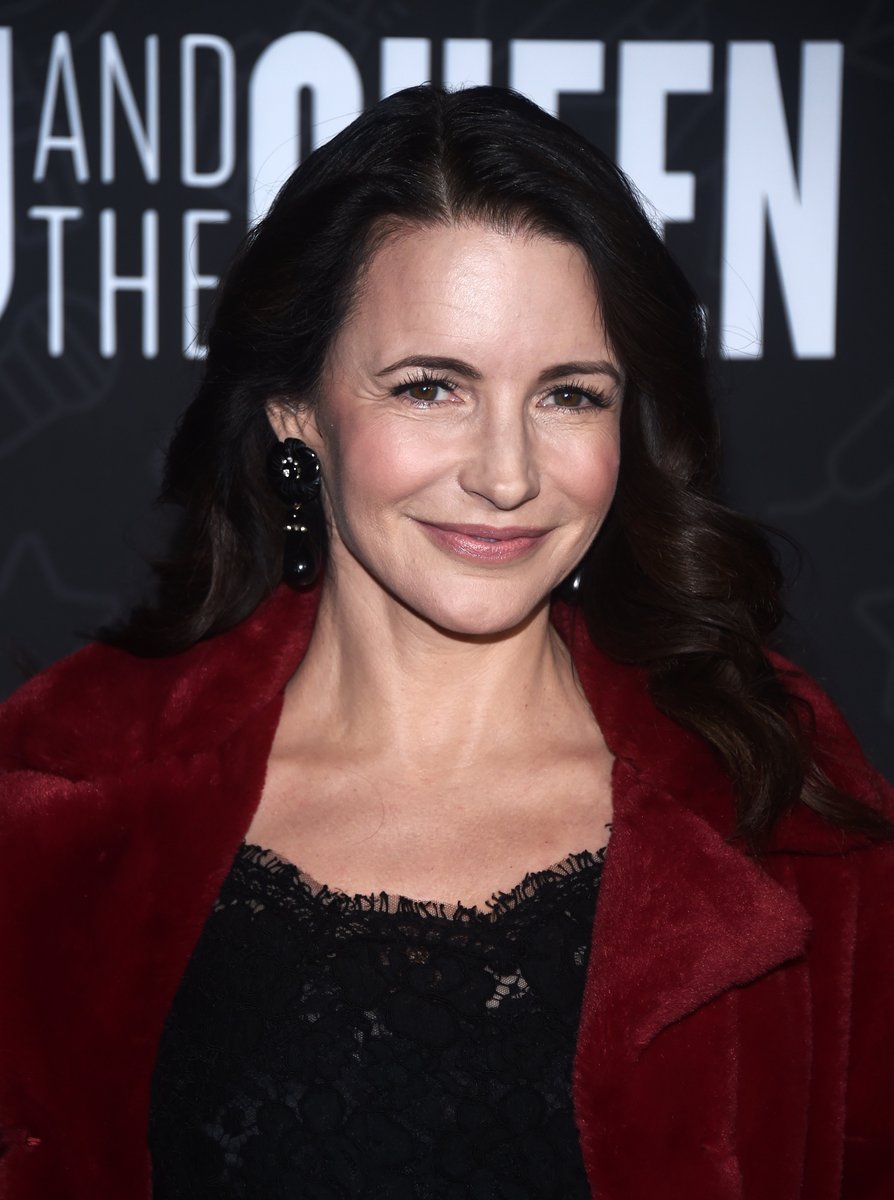 In 2008, Sex and the City actress Kristin Davis explained why she quit booze.

"I realised it was not going to end well," she told Marie Claire. "I got into the acting program, it was very challenging, I was hungover and I wasn't doing so well in my classes. I thought, 'Do you know what? It's going to be one or the other. I can't really have both.'"