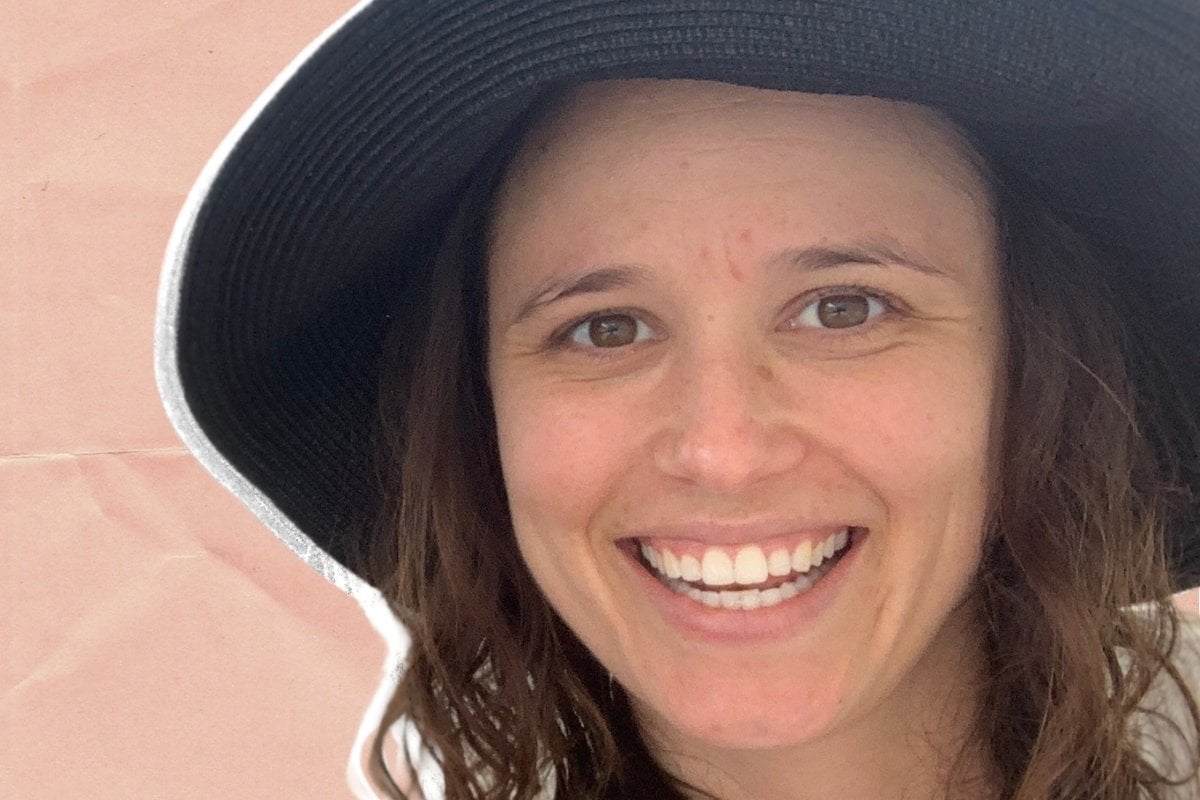 Ever since I was seven years old, I have suffered from Obsessive Compulsive Disorder (OCD). But because I wasn’t compulsively washing my hands or checking that I’d turned the oven off, I didn’t realise it until I was well into my adult years.

When I was in my mid-20s, I came across an article in The Guardian by a woman in the UK who had suffered from a particular form of OCD often called 'Pure O'.

This kind of OCD is characterised by intrusive, unwanted thoughts without any visible compulsions. The thoughts often centre on taboo themes such as harming yourself or others, sexual orientation, paedophilia, or relationship decisions, and the compulsions are usually carried out through constant rumination.

This article saved my life.

Up until then, I had thought that I was, at best, an overly anxious person and at worst, a depraved sex-obsessed pervert. I didn’t know that I was mentally ill. And until you can put a name on something that you’re suffering, you can’t talk about it and you certainly can’t find a way to fix it.

What I’ve come to realise is that there is so much misunderstanding when it comes to this mental illness.

To a lot of people, OCD is a mild inconvenience. It’s making sure that you colour-code the books on your bookshelf. It’s vacuuming every day because you don’t like mess. It’s being a detail-orientated person who loves control and order. It’s just a quirk though. One you can laugh about, right?

Having OCD can feel like you are stuck in your worst nightmare. In my experience, it’s madness. It’s torment. It’s endless shame, guilt and fear.

I have vivid and exhausting memories of being six years old, sitting in the bathroom, unable to come out after letting out a loud burp. I hid away and said "sorry excuse me" over and over until I felt like I could move on, so the police wouldn’t come and arrest me.

When I was a few years older, in the mid-90s, the fears had moved on to match the collective fear of the time, which was AIDS. I watched a program about the epidemic and convinced myself for the next two years that I had the disease and I was going to end up emaciated and gasping on a hospital bed. I would spend hours a day searching my brain for ways in which I could possibly have contracted the illness. These possibilities turned into certainties.

Once I reached high school, the thoughts revolved around sexuality. When school friends started talking about blow jobs and sex I worried that I would do something that would turn everyone against me. Then I started to become tormented by thoughts that I was gay. I had no moral reason to fear this, but the upheaval would have been devastating: I would have had to confess to my current boyfriend (who I was deeply in love with) that I was living a lie, and so would have lost my closest friend.

Most of my memories of high school are of the toilet cubicle. Any distressing thought would have to be ‘worked out’. I could never just park a thought and tend to it later. I would lock myself in a cubicle and try to fight explicit sexual images barging their way into my head, while simultaneously finding reasons to prove my conclusions wrong.

Listen: Penny shares more of her story with Mia Freedman in this episode of No Filter. (Post continues after podcast.)

Basically, any fear I had, like losing my parents, getting sick, being a social outcast or leaving someone that I loved, would be morphed into an irreversible reality in my own head. I couldn’t trust myself and I couldn’t trust that my life wouldn’t take a sudden and tragic turn.

With this kind of OCD, your mind plays on your worst fears and then convinces you that you are, or perhaps you have, what scares you the most. You spend hours each day googling furiously, ruminating endlessly or seeking reassurance from someone you trust, trying to convince yourself that you are 'normal' and that you won’t end up ruining your own life or the lives of those you love.

But it’s futile. Just when you feel a wave of relief after convincing yourself that you’re ok, that dark, unrelenting part of your brain will fight back even more violently. Your whole world narrows and the only thing you can concentrate on is the dark thought that has occupied your brain and has started to colonise your whole being. Your heart beats faster, your chest tightens, and, in some cases, you struggle to breathe.

Because there has been such a lack of understanding around OCD, I always just thought that I was overly ‘anxious’. I wasn’t very organised, I certainly wasn’t a tidy person. And although I went through a period of obsessively washing my hands for fear that I'd catch a disease, I rarely displayed any stereotypical OCD tendencies.

Although 'Pure Obsessional' or 'Pure O' isn't a medically listed term — mainly because many professionals believe it can be misleading and is, in fact, like other forms of OCD — one can find plenty of information and articles about it online. It has now even entered popular culture, with a book by a British woman called Rose Cartwright about her 10-year struggle with the illness having been adapted to a UK TV show called Pure. This is a huge step forward in helping people to understand the true complexity of the disorder and hopefully a lifeline for those suffering in silence.

While it’s easier to focus on my own recovery, I hate to think about how many young girls and boys are still tormented by their own thoughts, without the knowledge that they have a mental illness which can be helped, either with medication or therapy (or a mixture of the two).

When I was 20 I was put on an anti-depressant and selective serotonin reuptake inhibitor (SSRI) commonly used to treat OCD. It helped the physical symptoms enormously, like the panic attacks, the beating heart and the feeling of my whole being drowning in adrenaline. But it did little to stop my emotional reaction to unwanted thoughts. Once I found a psychologist who specialised in OCD and who uses a confronting but effective form of therapy called Exposure Response Prevention (ERP), everything made a lot more sense and I was able to slowly start shedding the shame that had built up over so many years.

However, even after I was diagnosed, I was still embarrassed to tell people I had OCD because I knew that I would be second-guessed. "But your house is a mess!", "I’ve never seen you rearrange the stationery on your desk!" I could see the doubt on people’s faces, but it seemed too hard to explain that instead of alphabetising my cookbooks I was spending hours a day googling "women who turn gay in their late 20s" and convincing myself that I would have to leave my partner and come out to everyone I knew. 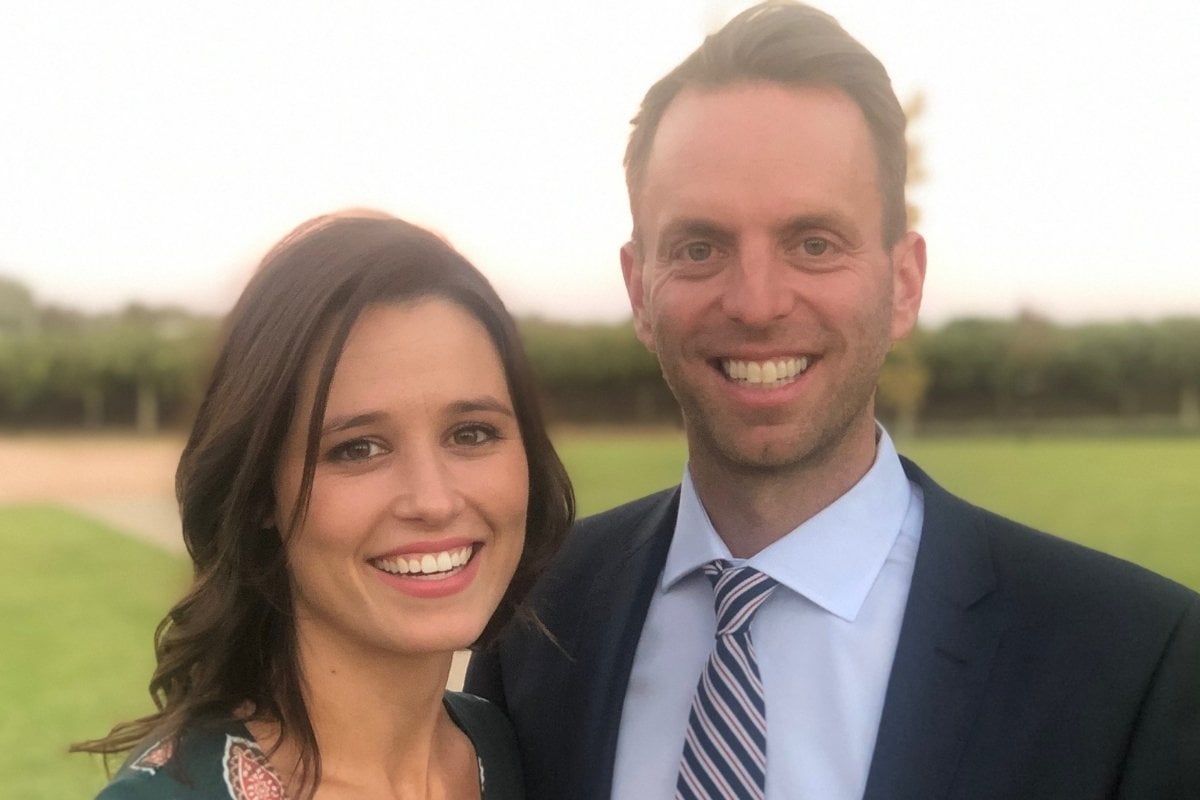 I have recently met four women, all outwardly calm and self-assured, in a monthly group therapy session. They have all suffered from OCD for many years and talking with them has been both a cathartic and heartbreaking experience.

One of the women is so worried about hurting her four-year-old daughter that she will avoid walking anywhere near open water for fear of drowning her. She once saw a news story about a mother who had drowned her kids, and from that moment, she convinced herself that she was capable of the same atrocity. Except that she won’t. She won’t ever come close to hurting anyone she loves, because she is a caring person and wonderful mother who just happens to suffer from an awful mental disorder.

Although I’ve had my low points, I haven’t contemplated ending it all, like so many other sufferers of OCD. Ever since I was a little girl battling these inner demons, I have been able to talk to my parents about anything and everything that was terrorising my young mind. I haven’t had to hold them in because I knew there was always someone I could talk to, and that, in itself, was invaluable. I think I have also inherited my mother’s low-key optimism, always telling myself that things will one day "get better" especially when it seemed as though things couldn’t get much worse.

I do often wonder how things would have turned out if I had seen a psychologist as a child, or even in my teens. There would be so much less untangling to do, and years of self-doubt, self-loathing and crippling uncertainty could have been avoided, or at least minimised. It was something my parents had strongly encouraged, but something I had fought hard against. I thought that only crazy people saw psychologists and couldn’t bear the thought of other people finding out. Luckily these days it is much more accepted to seek professional help.

I battled for months about whether to share this article. Should I put my name on it? What will people think of me? Will others think the worst of me, just as I had for all those years? But what I now realise is that the only way to help others is to stop focusing on my own shame and self-preservation and share my experience, and with any luck encourage others to do the same.

What I hope more than anything is that I can pay forward the relief I felt when I read the article of the woman who boldly shared her experiences all those years ago.

If you are experiencing a personal crisis and need to speak to someone, support is available via Lifeline. Call 13 11 14.

Reply
Upvote
5 upvotes
Thank you so much for writing this article. You have reduced me to tears because you have described so accurately and in such detail the torment my 18 year old daughter suffers on a daily basisd and has done for years. She has been resisting getting help, so far. Thank you again. This article is hopefully life changing for my daughter and our family.

Reply
Upvote
2 upvotes
Thank you so much fir sharing Pennie. I have had OCD since I was a young child. I have had every tendency associated with it and the toughest one of those to try and deal with has been mental rumination. I only felt confident enough to tell my friends about my OCD when I was 32 yrs old. I still feel as if there are years of oppression that I need to talk about and validate. It is a very lonely struggle.
News
General
Opinion
True Crime
Politics
Sport
Explainer
Entertainment
Celebrity
Reality TV
Movies
TV
Books
Rogue
Royal
Lifestyle
Beauty
Fashion
Weddings
Home
Wellness
Health
Fitness
Travel
Food
Parents
Before The Bump
Pregnancy
Baby
Kids
Teens
School
Parent Opinion
Work & Money
Money
Finance
Career
Lady Startup
Relationships
Sex
Dating
Separation
Friendship
Family
Real Life
Couples