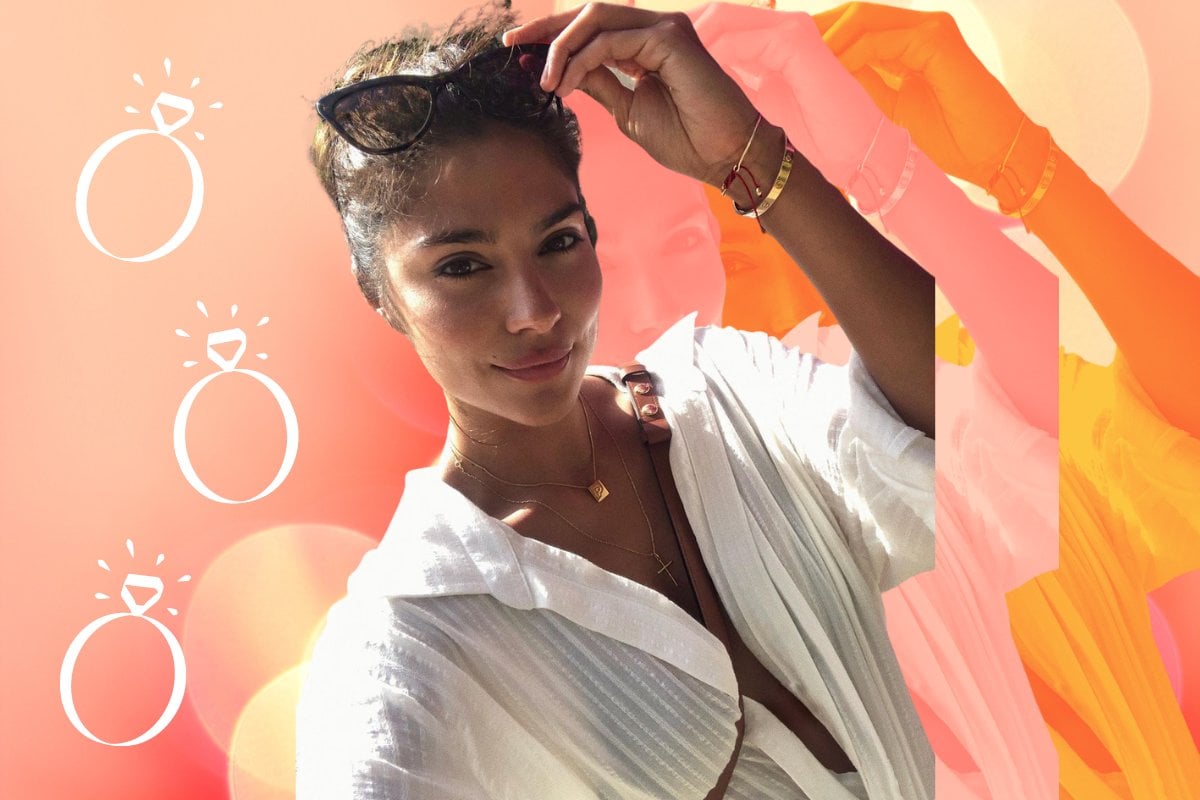 Former Home and Away actress, Pia Miller shared a very subtle, but very telling picture of her engagement ring to her talent agent fiancé, Patrick Whitesell on the weekend, and experts thinks it could cost up to $1.9 million.

In a chat with Daily Mail UK,  77 Diamonds managing director Tobias Kormind shared that the ring would have been a huge sum for her billionaire boyfriend.

"From Pia Miller's celebratory Instagram post, her ring looks like a 10 carat to 12 carat solitaire oval diamond, set in a platinum band, which would be priced at between US$800,000 (AU$1.10million) to US$1.4million (AU$1.9million)," Mr Kormind said.

He added that it was a oval stone, matching that of Princess Diana.

"The oval is a historic diamond cut, originally invented hundreds of years ago, but its more modern iteration was created in the 1950s and is a very classic cut which is currently enjoying enormous popularity."

2. Keira Maguire says The Bachelor franchise has gone ‘too far’ this time.

Keira Maguire has spoken up about The Bachelor franchise's editing techniques, and she just about confirmed all our suspicions.

In an interview with The Daily Telegraph's Confidential this week, she opened up about "signing your life away", should you decide to join the shows.

“I feel like they have taken it too far when it comes to editing and ‘frankenbiting’ people’s voices and actually putting words in people’s mouths,” she said.

"If they want the show to go a certain way, they fully narrate the way they want it to be. It’s really hectic, that’s the level Australia is getting to. You’re basically signing your life away."

Keira Maguire has been a repeat offender on The Bachelor franchise, appearing on Bachelor In Paradise twice, but is now dating former Love Island contestant, Matt Zukowski.

3. Apparently Collin has taken Pete Evans’ place on I’m A Celebrity... Get Me Out Of Here!

It looks like Channel 10 may have already found a replacement for Pete Evans on I'm A Celeb. And apparently it's none other than his former My Kitchen Rules co-star Colin Fassnidge.

According to The Australian, "impeccable sources" claim Collin will take Pete's place on next year's season.

A post shared by My Kitchen Rules #MKR (@mykitchenrules)

Earlier this month, Channel 10 confirmed that Pete has been removed from the cast of the show.

According to Rob McKnight of TV Blackbox, who spoke with Nova's Fitzy & Wippa, Evans was "dumped" at 6:30am on Tuesday whilst in lockdown, about to enter the jungle.

"At 6:30 am the call came through from [Channel 10 executive] Bev McGarvie to ITV the production house. She said, 'he’s out, do not let him go into the jungle'. He is now packing up his bags and returning to Byron Bay and he is apparently furious."

While it's not yet confirmed if Collin will replace his former colleague, the Irish born chef previously spoke about the uncertainty of his own show, My Kitchen Rules.

"I think it is all up in the air no one knows what is happening. TV is a little bit like Melbourne at the moment, they are in a world of pain," he told the Herald Sun back in August.

"I never banked on TV. That is why we always had our restaurants going and other stuff like catering."

We'll have to wait and see which celebs join the new series when I’m A Celebrity... Get Me Out Of Here! airs January 3 on Channel 10.

4. More piping hot tea is being served up about Matt Agnew’s crappy behaviour at the end of his relationship with Chelsie McLeod.

A year after announcing their break up, more goss has come out about Matt Agnew and Chelsie McLeod's relationship. And it doesn't sound so great.

A close friend of Chelsie told the So Dramatic! podcast that the astrophysicist and former Bachelor was "mean" to her and treated her badly.

"The astrophysicist was a real prick to her and yelled at her, and he was mean to her," they told host Megan Pustetto.

It's not the first time Matt's behaviour has been called into question. After the show finished filming, fellow contestant Rachael Arahill left some not-so-subtle comments on Chelsie's Instagram after their break-up. 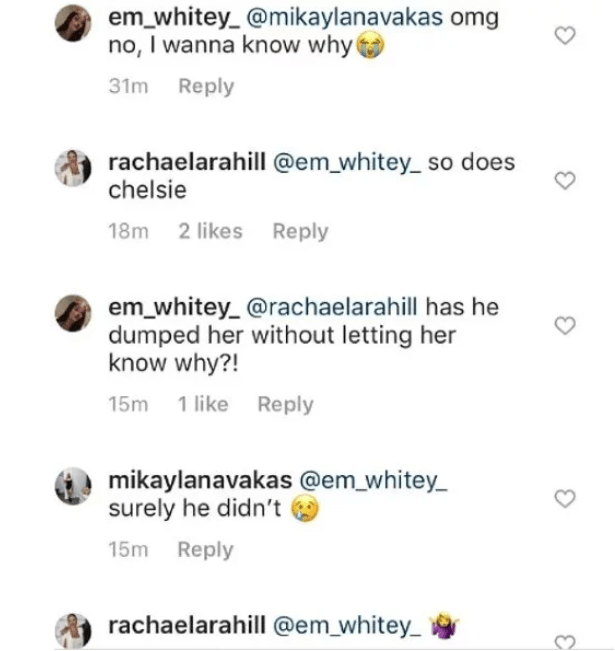 The friend also calmed that Chelsie is now with model Ricki Dehaan, who she's been rumoured to be dating.

Ricki has also been spotted in an Instagram photo with Chelsie (side note: he's the one in the black shirt). But, at this stage neither Chelsie nor Ricki have confirmed the dating rumours.

5. A 13-year-old feud and many firings: All the Grey's Anatomy behind-the-scenes drama in one place.

Neither Isaiah Washington nor Katherine Heigl have been on Grey's Anatomy for more than a decade but goodness, they are still... feuding.

Both Washington and Heigl have a bit of a 'reputation', and left the show on bad terms. (We'll run through the full story further down but quick recap: Washington was ousted after he was alleged to have yelled a homophobic slur about co-star T.R. Knight. From 2008-2010, Heigl was involved in a number of scandals, including the time she pulled out of Emmy contention because she didn't think her character's material was worthy.)

It turns out they were also having a feud amongst themselves and uh, it's been reunited.

"This woman once proclaimed that I should 'never' be allowed to speak publicly again. The world agreed with her proclamation back then and protested for my job and my head in 65 languages. I wish I was on Twitter in 2007, because I will NEVER stop exercising my free speech," Washington, who played Dr Preston Burke, tweeted alongside an image of Heigl (Izzie Stevens).

He brought up Chandra Wilson, AKA Dr Miranda Bailey, in a response to a fan (who he also called "a fool, a liberal and misguided feminist) and said he was dredging up the past because it was "the TRUTH".

Wanna hear all the drama? You can read the full post here.