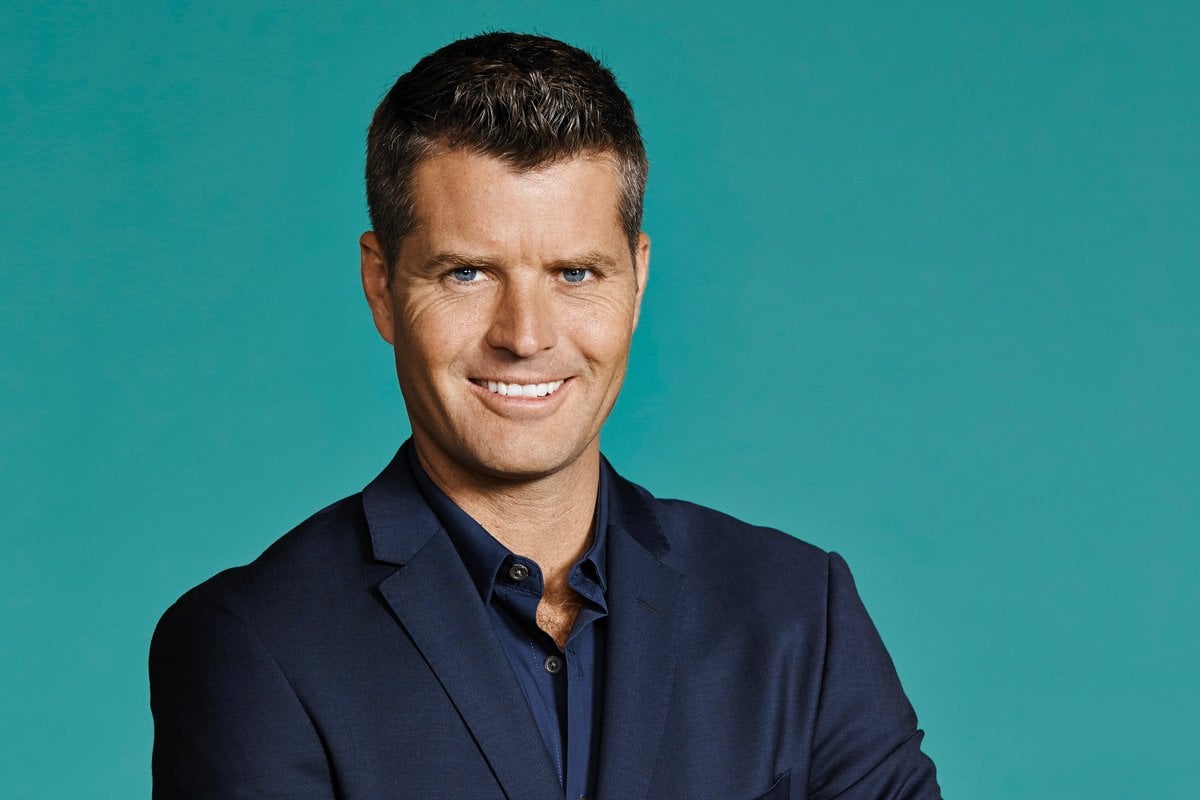 Last Sunday, celebrity chef Pete Evans posted a photo to his Instagram and Facebook pages, where he has a following of 1.5 million people.

The photo was of a cartoon, which featured a caterpillar wearing a Make America Great Again hat, talking to a butterfly with a Black Sun symbol on its wing. The Black Sun, also referred to as the sonnenrad or sunwheel, is an ancient European symbol that was appropriated by the Nazis and has now been adopted by Neo-Nazis. It is used by right-wing extremists like the Christchurch terrorist who murdered 51 people in 2019.

"An oldie but a Goldie," the chef captioned the photo.

When a follower commented on the meaning of the symbol, Evans seemingly confirmed he was aware.

“The symbol on the butterfly is a representation of the black sun lol,” the follower said.

"I was waiting for someone to see that," Evans responded. 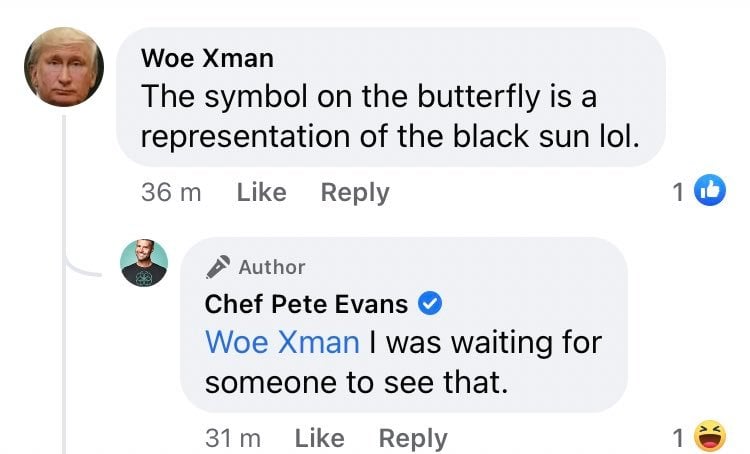 Magda Szubanski also shared the following screenshot of Pete Evans allegedly saying, "you may wish to have another look about the true history about Germany".

In October 2020, Facebook began banning posts that deny or distort the Holocaust. Whilst Evans' post doesn't directly deny the Holocaust, it clearly infers a certain level of skepticism that holds no factual basis or credibility.

On Monday evening, he apologised to people who "misinterpreted" the photo.

"Sincere apologies to anyone who misinterpreted a previous post of a caterpillar and a butterfly having a chat over a drink and perceived that I was promoting hatred," the chef explained. "I look forward to studying all of the symbols that have ever existed and research them thoroughly before posting."

But the damage was done. In the week since the chef's neo-Nazi post, Evans' once-mainstream platform has collapsed beneath his feet, forcing him to the outskirts of social media.

Within 24 hours of his post, the controversial chef lost a slew of his business deals.

Pan Macmillan, the publisher of more than a dozen of Evans' cooking books, announced on Monday they were ending their lucrative relationship with the chef.

“Pan Macmillan does not support the recent posts made by Pete Evans. Those views are not our views as a company or the views of our staff. Pan Macmillan is currently finalising its contractual relationship with Pete Evans and as such will not be entering any further publishing agreements moving forward,” the publisher said in a statement.

Bookseller Dymocks subsequently said they would be removing his books from their shelves.

We are in the process of removing his books from our website and have advised our stores to return their stock as offered by the publisher. Thank you

Then on Tuesday, Woolworths Group announced they too would be pulling Evans' books from their Big W stores.

"Big W reviews its range of books regularly to ensure they're aligned with its values. It has decided to remove Pete Evans' book titles from the Big W range," their statement read.

Coles followed, removing the chef's products from their shelves.

"Coles is committed to providing a safe and inclusive environment in which to work and shop," a spokesperson for Coles said in a statement. "We have no direct business relationship with Pete Evans, however we currently stock a small number of products from suppliers who have licensing agreements with him. We have spoken to these suppliers who share our concerns regarding recent statements made by Mr Evans and are in discussions regarding the removal of these products from our range."

A Twitter user shared a photo of an empty shelf from Coles where one of Pete Evans' products are typically stocked. A yellow sticker asked employees to: “Talk to your department manager for further instructions BEFORE refilling.”

Kmart and Target were next.

"Unfortunately we feel that recent commentary made by Pete Evans does not reflect our brand values, which is why we have made the decision to remove these book titles from all Kmart and Target stores, effective immediately," a statement issued by the stores read.

Not only is his name now being removed from our shelves, but from our television screens as well.

Pete Evans, who was previously a chef on Channel Seven's My Kitchen Rules, was due to appear on the next season of I'm A Celebrity... Get Me Out Of Here!, which is currently being filmed.

Channel 10 confirmed on Tuesday that Evans has been removed from the cast, denying him their prime-time, mainstream platform.

According to Rob McKnight of TV Blackbox, who spoke with Nova's Fitzy & Wippa, Evans was "dumped" at 6:30am on Tuesday whilst in lockdown, about to enter the jungle.

"At 6:30 am the call came through from [Channel 10 executive] Bev McGarvie to ITV the production house. She said, 'he’s out, do not let him go into the jungle'. He is now packing up his bags and returning to Byron Bay and he is apparently furious."

After being dumped by the network, Evans shared a video to his Facebook where he addressed the backlash.

“Just when you thought 2020 couldn’t get any more bizarre, the mainstream media have come out and labelled me a racist and a neo-Nazi,” he said.

“The fact that I actually had to Google what neo-Nazi meant is pretty telling. So I just want to tell you this once and one time only, it is completely untrue, unfactual and a load of garbage.” (These comments contradict his earlier remarks about waiting for someone to notice the black sun symbol.)

Then on Friday afternoon, the chef announced he has quit Facebook.

"It is time to say goodbye to this platform and thank you all for sharing your stories of beautiful health transformations and for giving me a bloody good laugh and cry along the way," Evans said to his 1.5 million followers on the platform. "Get your popcorn out as this is not the end, however, just a beautiful new transition into a space of love, education, knowledge and not being censored ever again...

"Peace and love to all," he concluded. 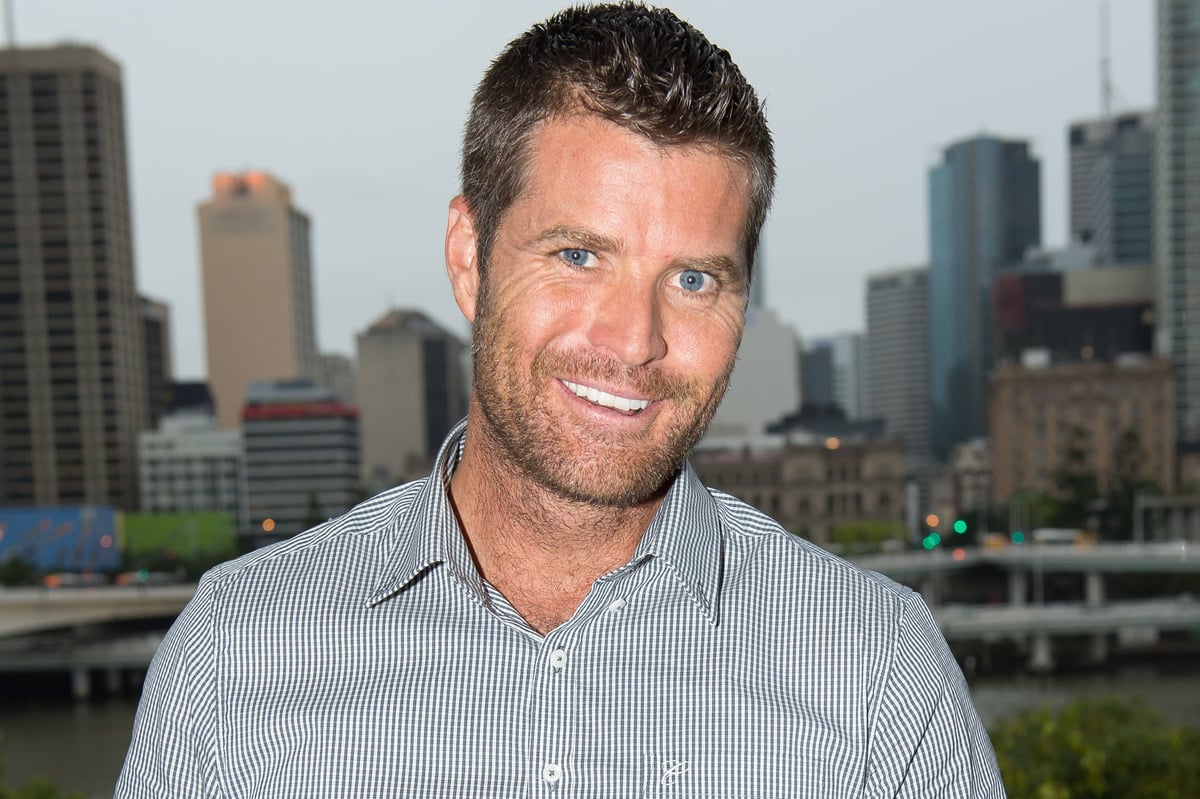 Whilst it is not the first time Evans has been condemned for his views, it is certainly the most severe reaction he has had from his business partners.

Just this year, Evans has claimed the coronavirus pandemic is a scam and falsely claimed the Black Lives Matter protests are an extreme Left Conspiracy. He also put a link in his Instagram bio that directed his followers to an interview with David Icke, who is a Holocaust denier and who also believes the "plandemic" conspiracy theory.

In April, Evans also received a $25,000 fine by the Therapeutic Goods Administration for falsely claiming a light machine can treat COVID-19.

But Evans' latest anti-Semitic viewpoints were seemingly the last straw for his business partners.

As McKnight said, Evans' "TV career is done and dusted - no one will touch him".

Everyone knows a Pete Evans.

An 'energy machine' to treat COVID-19, and 6 other false health claims made by Pete Evans.

Reply
Upvote
12 upvotes
So Plandemic Pete has been removed from a tv show on MSM, the MSM he hates and constantly denounces even though it provided him with a substantial income, because he knowingly posted a neo-nazi meme, which he denies, after being called out on by thousands, so he apologises, but doesn’t really, while he is quarantining against a virus, that he says is a hoax, for which he promoted an over priced cure, that he was fined for 🙄 oh the irony!
When will his followers finally see him for the grifter that he truly is?
News
General
Opinion
True Crime
Politics
Sport
Explainer
Entertainment
Celebrity
Reality TV
Movies
TV
Books
Rogue
Royal
Lifestyle
Beauty
Fashion
Weddings
Home
Wellness
Health
Fitness
Travel
Food
Parents
Before The Bump
Pregnancy
Baby
Kids
Teens
School
Parent Opinion
Work & Money
Money
Finance
Career
Lady Startup
Relationships
Sex
Dating
Separation
Friendship
Family
Real Life
Couples