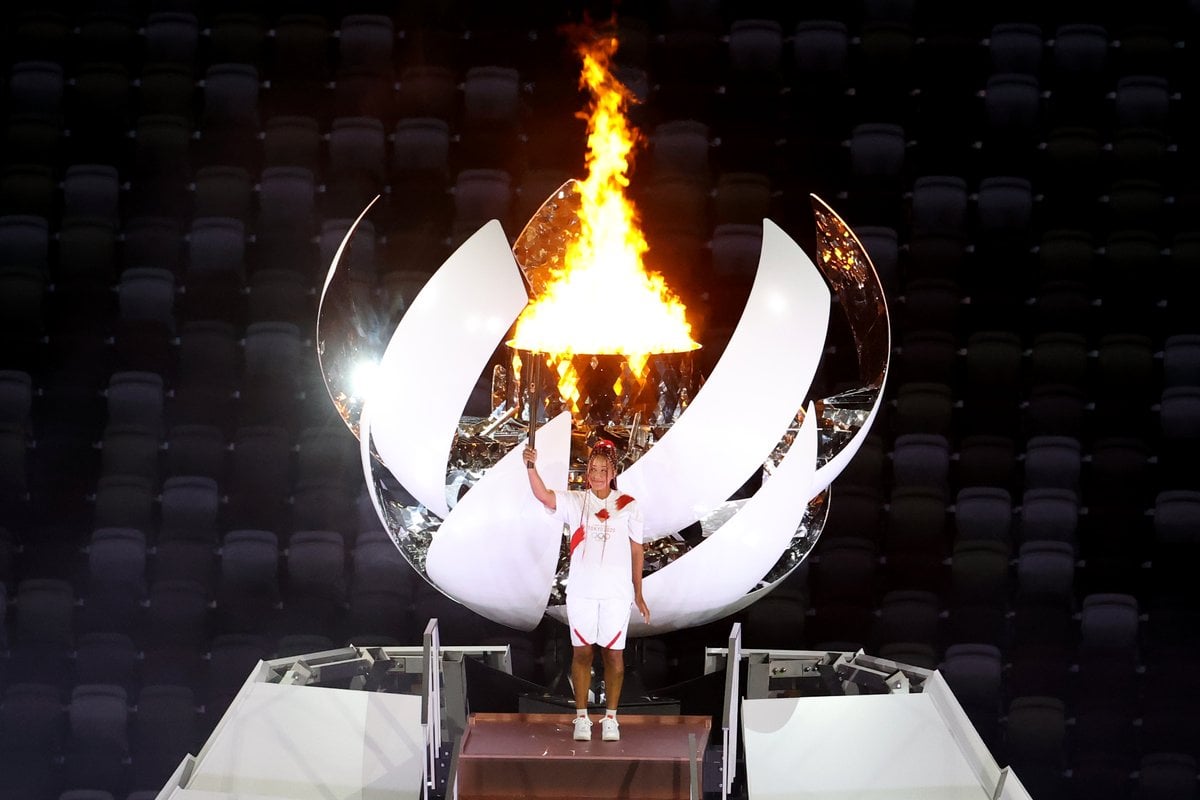 It might be a year later, but the Tokyo 2020 Olympic Games have finally begun.

Last night, the 17-day event kicked off with hundreds of athletes marching through the Olympic Stadium.

This year's opening ceremony was quite different to those before – there were no crowds, everyone wore masks, and it was a pretty sombre event, reflecting on the COVID-19 pandemic.

If you missed the whole thing or couldn't quite make it through all four hours, here are eight key moments from the Tokyo Olympics opening ceremony.

The beginning of the ceremony depicted athletes training alone after the Games were postponed in 2020. There were three main athletes – one on a rower, one on a bike and one on a treadmill. 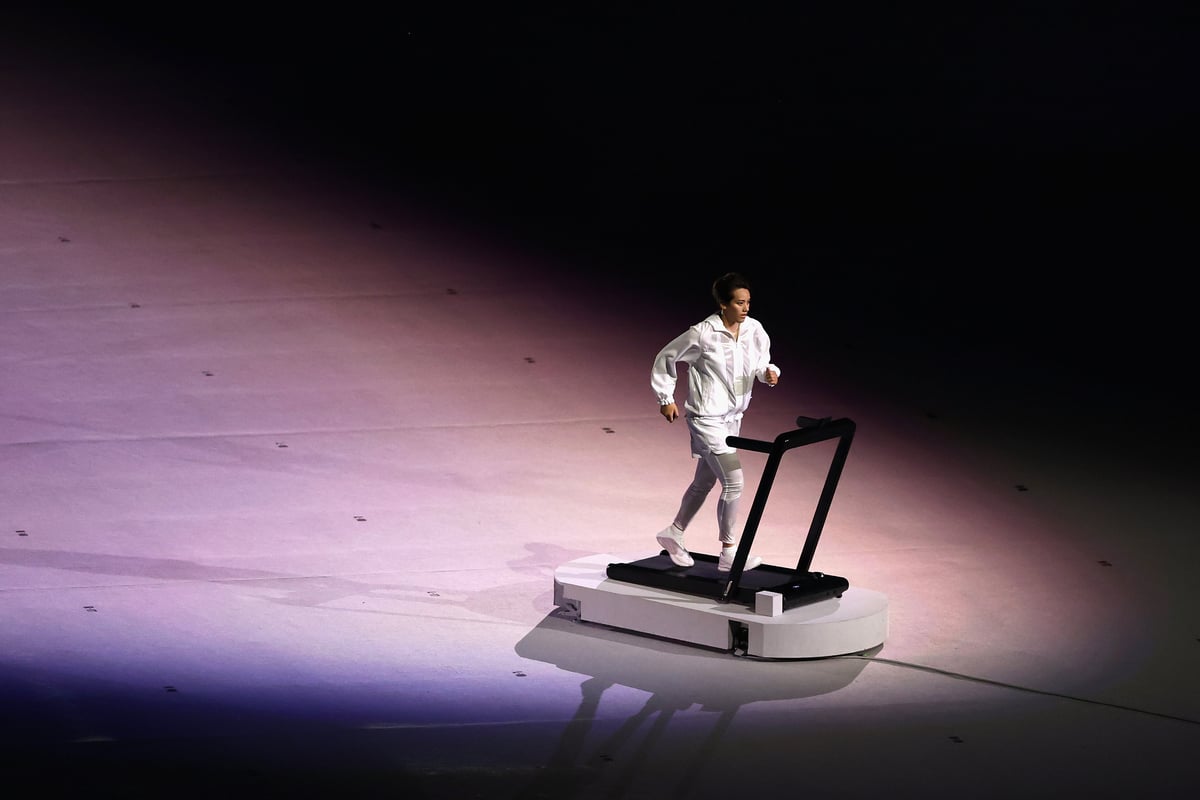 It was later revealed the woman on the treadmill was Arisa Tsubata, a Japanese boxer who was training to qualify for the Tokyo Games.

However, when the boxing qualifier was cancelled because of the pandemic, and places in the Olympics were allocated based on world rankings, the nurse missed out.

2. The moment of silence.

The opening ceremony later paused for a moment of silence to remember the lives that were lost due to COVID-19, and those killed at the 1972 Munich Games. 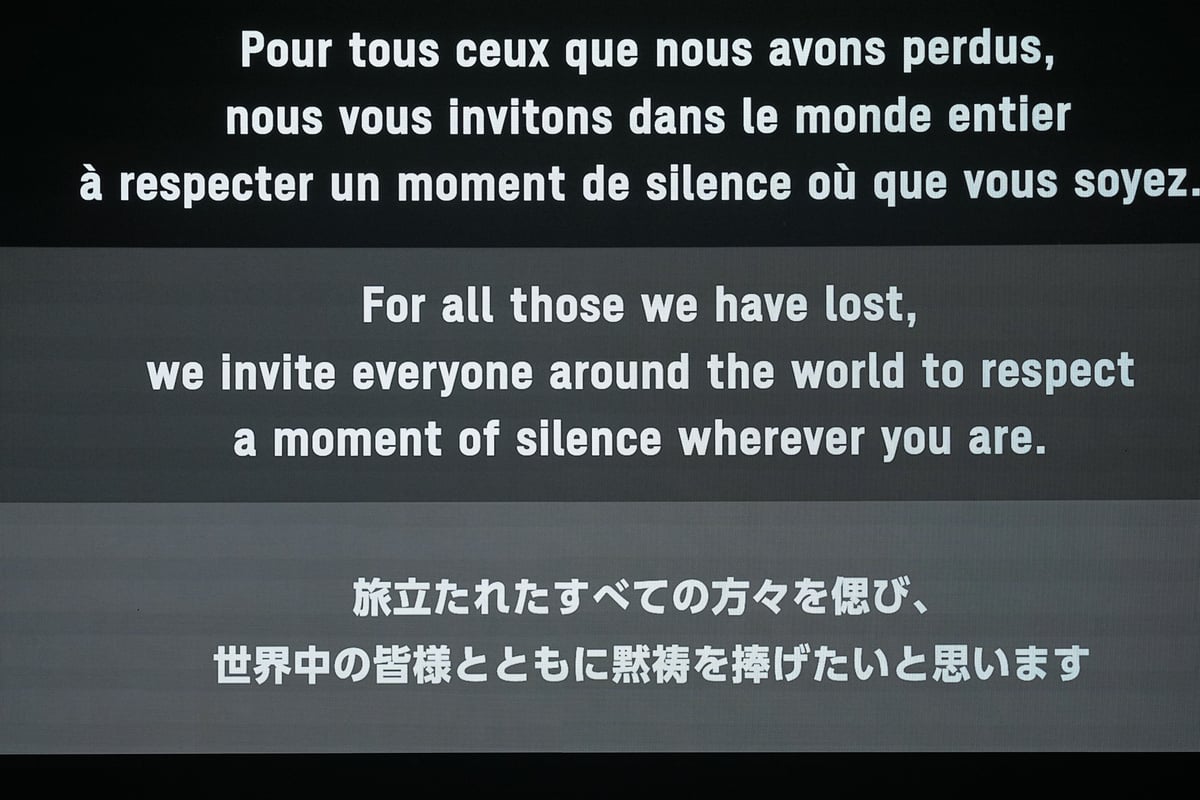 Relatives of the victims from the Israeli Olympic team have long asked for them to be remembered in opening ceremonies, but until now the International Olympic Committee has refused.

It was the moment many of us stayed up late for: to see the Australian team march into the Olympic Stadium in green and gold. 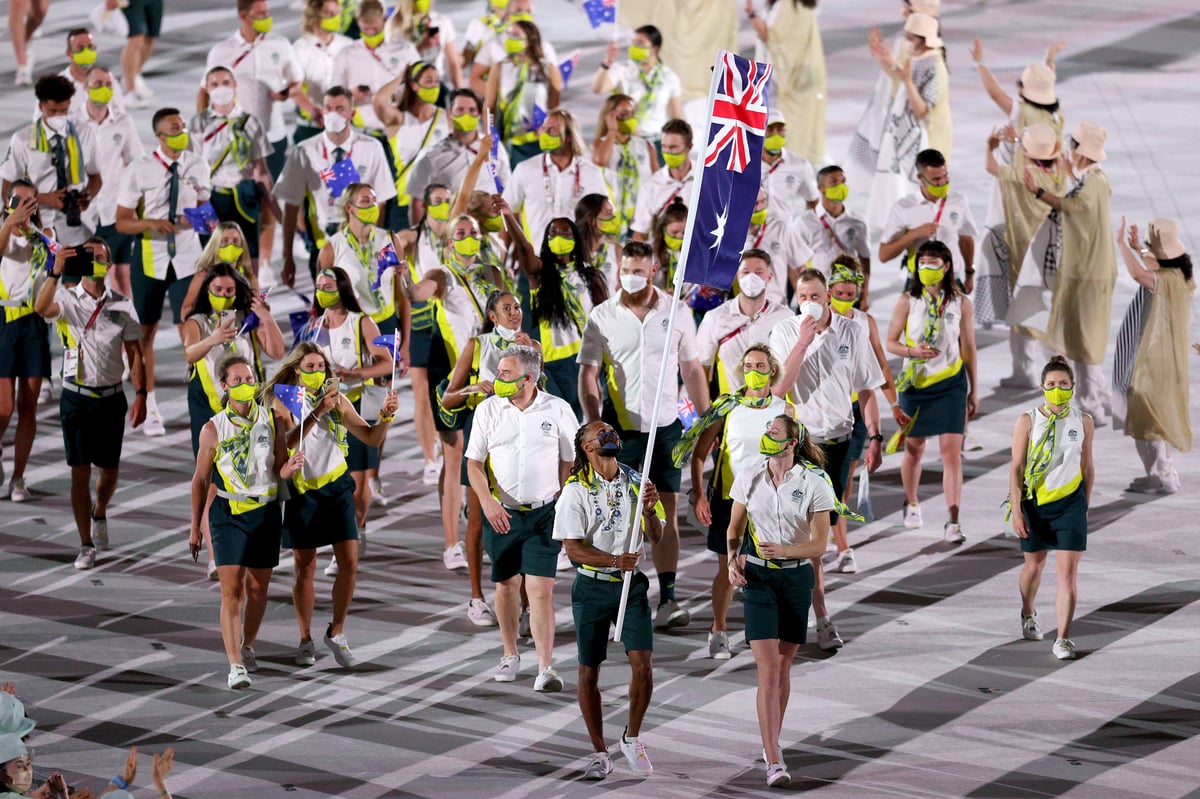 Tennis superstar Naomi Osaka – who withdrew from the French Open earlier this year, citing mental health struggles – stole the show by lighting the cauldron with the Olympic torch. 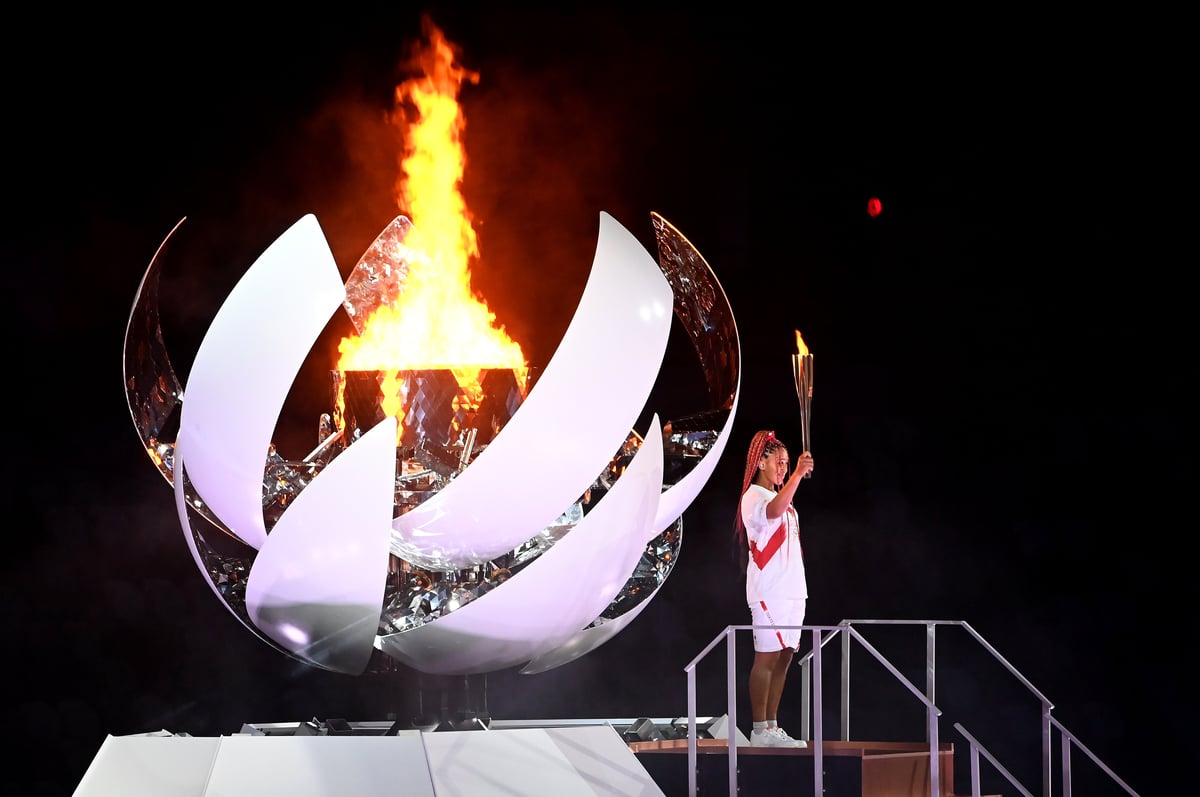 Afterwards, she said it was "the greatest athletic achievement and honour I will ever have in my life".

She added on Twitter: "I have no words to describe the feelings I have right now, but I do know I am currently filled with gratefulness and thankfulness."

At the Olympics, there are over 50 pictograms – the little symbols that identify each sport. During the opening ceremony, a group of dancers brought them to life.

Dressed in blue and white, the dancers physically demonstrated each sport in a hilarious routine accompanied by music. If there's anything we recommend you watch back, it's this. 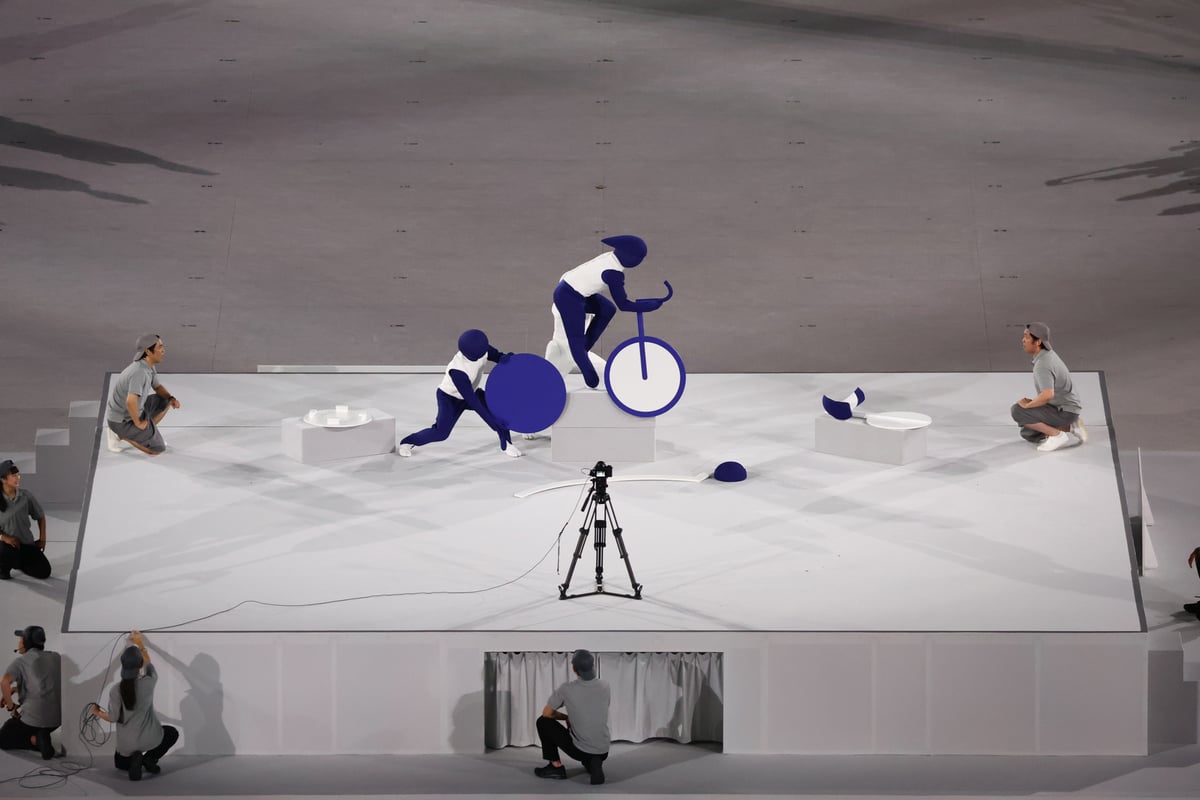 During the ceremony, the Suginami Junior Chorus performed a rendition of John Lennon's Imagine, which was co written by Yoko Ono, who was born in Tokyo.

While there were no crowds inside Olympic Stadium, the 1,800 drones flying above it made everyone feel included. As Tokyo is currently under a state of emergency, there was little opportunity for locals to celebrate the start of the Games.

Therefore, the drones flew above the stadium, creating a 3D display of patterns – including a globe and the Olympic emblem. 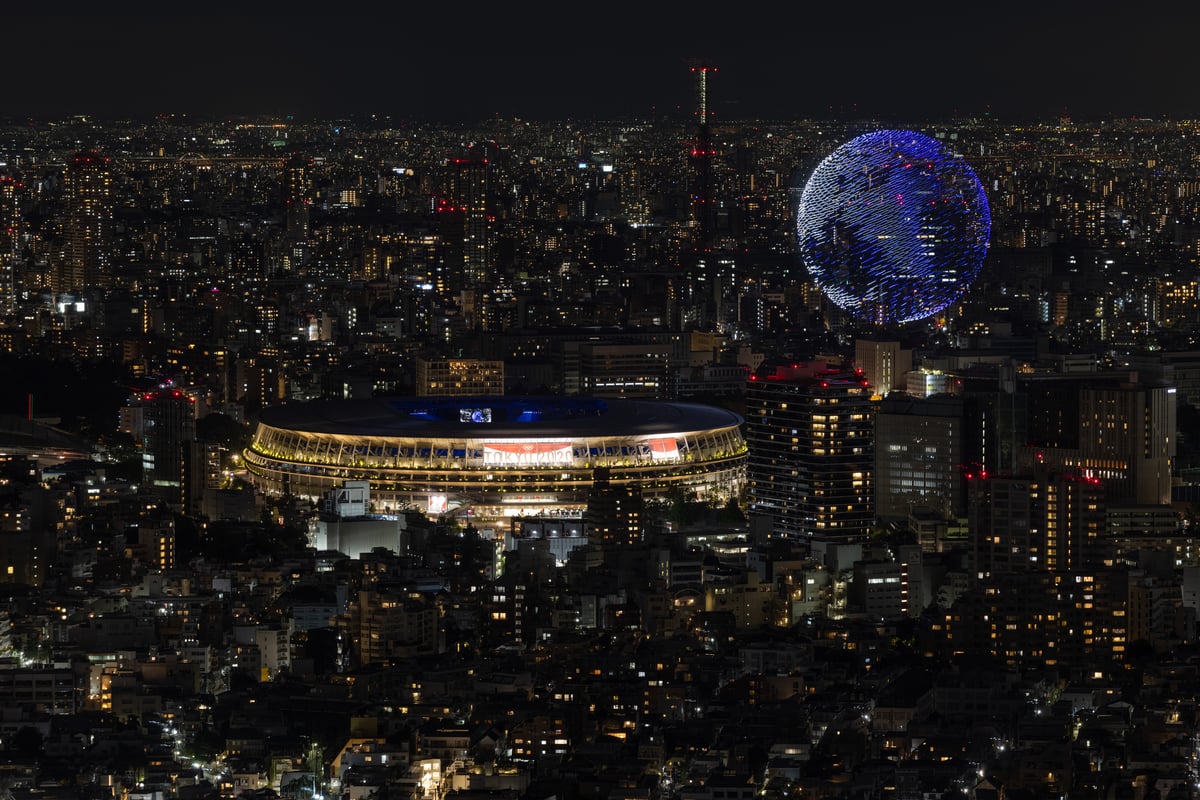 No one could forget this moment. Pita Taufatofua carried the flag shirtless and oiled up for the third time during the Tokyo opening ceremony. 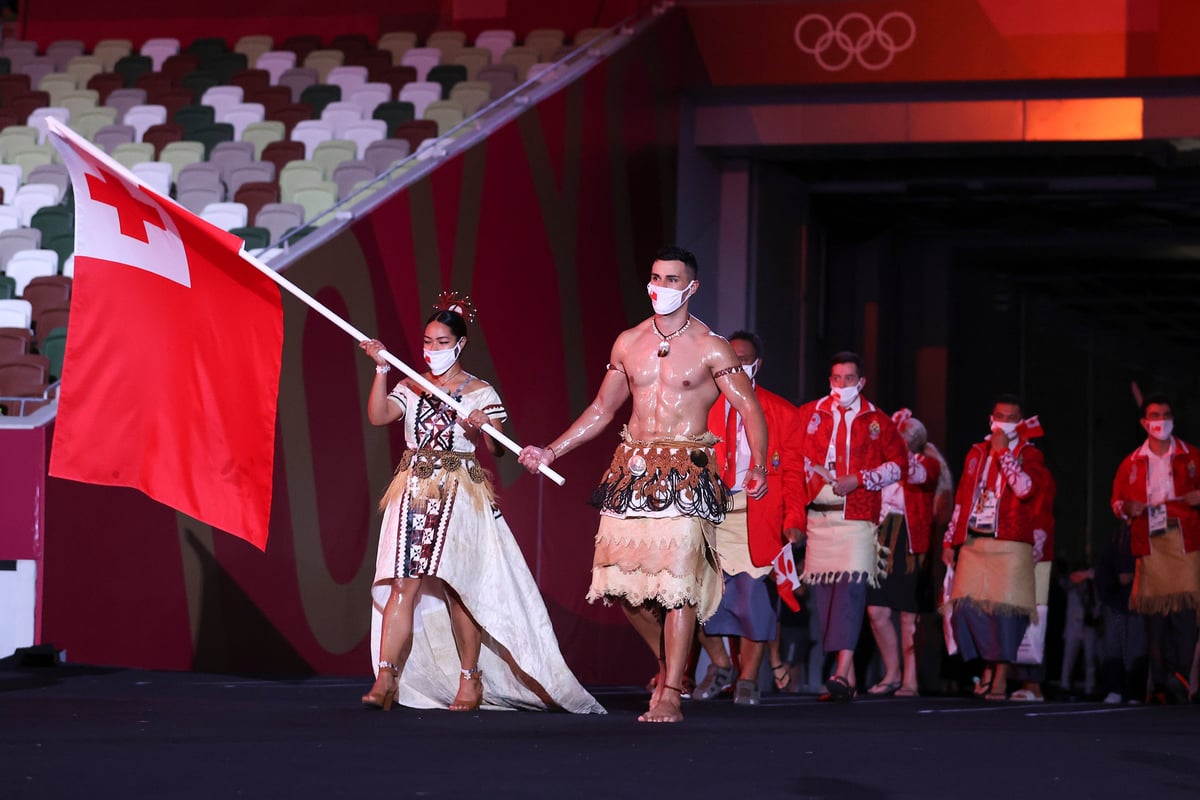 Reply
Upvote
1 upvotes
I found it very uplifting, but I agree with Rush, I would have liked more Japanese music. My favourite part was the unveiling of the beautiful Olympic rings.

Reply
Upvote
@millie1986 the rings were super cool, and I loved the story behind them!

Reply
Upvote
The pictograms and the drones were cool. I read the music being played while the teams walked out was all from Japanese video games. I expected it to be more "Japanese", to have more traditional/cultural type stuff, but I assume it was heavily cut back due to the pandemic. I found it a bit weird that they played Bolero when the past athletes came out with the torch, why not play something by a Japanese composer? Loved the cauldron, though, it's beautiful. I feel quite sorry for the organisers and performers, they must have worked so hard on this for years, only to miss out on their big moment.
News
General
Opinion
True Crime
Politics
Sport
Explainer
Entertainment
Celebrity
Reality TV
Movies
TV
Books
Rogue
Royal
Lifestyle
Beauty
Fashion
Weddings
Home
Wellness
Health
Fitness
Travel
Food
Parents
Before The Bump
Pregnancy
Baby
Kids
Teens
School
Parent Opinion
Work & Money
Money
Finance
Career
Lady Startup
Relationships
Sex
Dating
Separation
Friendship
Family
Real Life
Couples