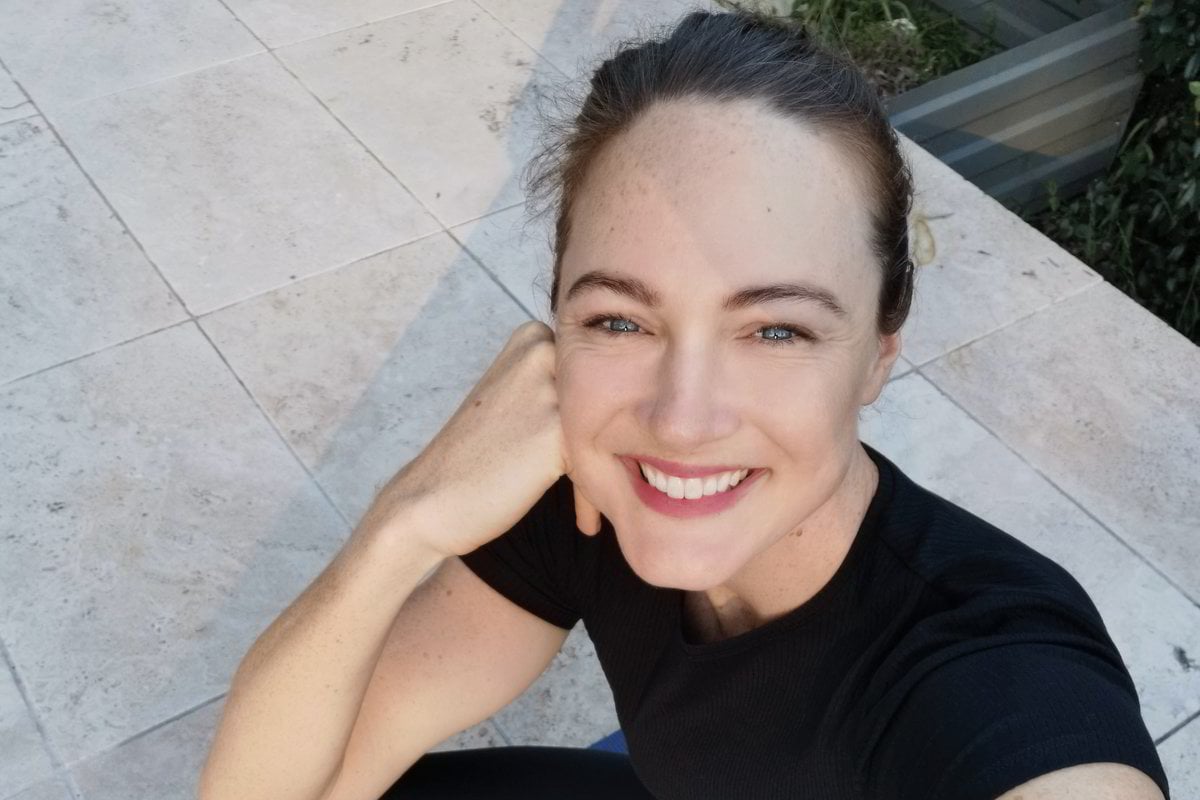 The speed in which Cate Campbell went from training for her fourth Olympic Games to being in lockdown in Brisbane was a lot like one of her races: Fast.

On the morning of March 23, Cate trained in the morning as usual. By 11am, her coach had messaged her to say the facilities she trained at were being closed. Within two hours after that, the Australian Olympic Committee announced it was not sending a team to Tokyo, which officially postponed the games a day later.

"The speed in which it happened was quite disorientating," Cate told Mamamia.

Cate Campbell on her mental health. Post continues below video.

It took her a while to process the news.

"I called a couple of people and was pretty shaken up and what was most helpful was when people allowed me to feel the grief and the pain and the loss, and said 'I'm so sorry, this is a really difficult time'," she explained.

"Once I felt like I had permission to feel upset about it, I was able to work through the emotions, accept them and then put through a strategy and a plan to move forward."

Mentally, having the Olympic goal post moved was a big adjustment. Athletes base their training regimes and entire lives around being their best for the event, and now there is an additional year to factor in - plus a global pandemic.

Her initial lockdown training regime is surprisingly familiar, though on a much more... Olympic-level, to all of us who maybe went a little too hard in the first couple of weeks, determined to use our extra time to smash fitness goals only to well and truly overdo it.

"I went through a phase of - well, probably denial - where I thought I'm not going to lose any strength or any fitness, I am going to work so hard, and in the first two weeks I absolutely smashed myself," Cate laughed. "It's not realistic to expect yourself to maintain Olympic standards of training without a coach, without a squad, without a gym, without a swimming pool."

She realised pacing herself would be the best way to use her time in lockdown. The months leading into an Olympic games looked pretty familar to her current surroundings.

"In the year leading into the Olympics, for an Olympic athlete, life looks pretty similar to what life has looked like in lockdown for everyone. We are 100 per cent focussed on training and recovering. We're not out much because we don't want to risk getting sick, we're not doing lots of activities on the weekend because we have to take all our energy to training, we aren't going out drinking, we're avoiding crowded places. The life of an Olympic athlete is like lockdown in the year leading in.

"I think we had to be really conscious and cautious of is that's not a sustainable way to live. We impose those on ourselves in the six months leading into an Olympics, but now we have 12 months. It's unrealistic for everyone to have expectations for us to go back into Olympic level training, mentally and physically you won't be able to handle it."

Cate would've begun competing on July 25, but instead, the Allianz ambassador in Australia like the rest of us, looking ahead to another 12 months of Olympic training, with the Tokyo games postponed to July 2021.

You could be forgiven for thinking the 28-year-old Olympic swimmer has a point to prove in Japan. At the 2016 Rio games, Campbell placed sixth in the 100 metre freestyle final after starting as the favourite. Commentary from pundits, media and even Cate herself after the final regularly used the word 'choked'.

Heartbroken but not surprised. This virus has swept the world, shattering so many peoples' dreams and visions of the future. Yesterday it was Olympic athletes turn to have their worlds turned upside down. . The news that the Games would be postponed indefinitely (but hopefully until 2021) came as no great surprise but still sent shock waves through the Olympic community. To be honest, I'm left reeling and feeling a little lost. But the goal posts haven't disappeared - just shifted. It's time to recalibrate and fire up for the next challenge 💪 . Thank you to everyone who has sent me messages, the outpouring of support makes me proud to be Australian. I'm thinking of everyone who has been affected by this pandemic, let's stick together through these times and come out a stronger more united community. We are all in this together. . Sending love to everyone, stay safe, stay healthy and maybe grab a bottle of wine or two 🍷💕 . #Olympics2021#samedream @ausolympicteam @dolphinsaus

But she's not looking for vindication.

The disappointment helped Cate become more attuned to her mental health. Instead of avoiding her feelings, or throwing herself into training in an attempt to forget, Cate realised she needed to address it.

Cate said she's previously considered herself "really mentally strong and resilient", but after Rio realised she needed to put pride aside to ask for help.

"I think that its been a learning curve. I am always willing to help for it when they ask for it, and I offer that help with no judgement. Yet when I was the one asking for help, I heeped a lot of judgement on myself."

She now approaches mental health in the same way she has long approached physical health.

"My experience in sport over the years, if I get an injury there is a very clear path of people to reach out to and you can get help pretty quickly. You go to the physio, the doctor or whoever it is and you get on top of it and you put together a treatment plan and we do everything possible," Cate said.

"Typical injury often occur from excessive physical strain, and there's very little blame with physical injury but when we're talking about mental injuries it almost feels like there's a blame associated. Like, 'Oh, you shouldn't have let yourself get this rundown'... Physical injury is not seen as weakness, it's just expected, but when you reach out for mental health people aren't quite as kind - or you're not as kind to yourself.

"You don't think 'Maybe I am experiencing this because I have pushed myself to my mental limits and if I get treatment it can be managed'."

Today was supposed to be the first day of Olympic Trials for Tokyo 2020. The next step in my campaign for a 4th Olympics. Part of me still grieves for this lost opportunity - but a larger part of me is excited for the adventure still to come. So instead of getting ready to race, I spent the day fostering hobbies completely unrelated to swimming. I could wax lyrical about this for ages, but I'm learning that it's okay to be sad and happy at the same time. #Tokyo2021 @dolphinsaus @ausolympicteam . 📸 By the one and only @dellyphotoninja 👌

Just as she factors in warm ups and physio, Cate now marks out time on her calendar - it's non-negotiable - for herself.

How that time is spent differs. Sometimes I might mean a swim at the beach, and at other times it is sitting in quiet with the newspaper crossword.

The most important thing is that its taken, and its taken without guilt.

"For the longest time, I would do these things and they would make me feel better, but I would feel really guily because there's always something else we should be doing.

"Society tells us we should always be doing more, you know 'you should be pushing harder, you should be more productive', but this is a really important part of your mental health and wellbeing. And if you are in a good space, then you are going to be able to do more things."

Cate now has another 12 months before her fourth Olympics. While looking forward to the competition, she's also acknowledging what she has already achieved.

"I think it's a trap that a section of people can get into, that nothing is ever good enough. So you kind of get into this desperate state where you're always striving and therefore never satisfied. If something goes wrong, it feels like your whole world is crashing down around you," she explained.

"So, I've really taken the time to step back and focus on my past performances and I'm moving towards Tokyo with a sense of inner peace that I haven't had in the years previously."

She said she is still just as driven and focussed as always, but "it's not fueld by turmoil, it's fueled by calm, knowledge and strength in who I am".

"Whatever happens in 12 months time, I know I'm going to be okay with it. I'm going to give myself the best posible shot at performing at the best of my ability, but I have this calm inner strength to know whatever it brings, I'm enough without it and I'm enough to face whatever challenges come my way."