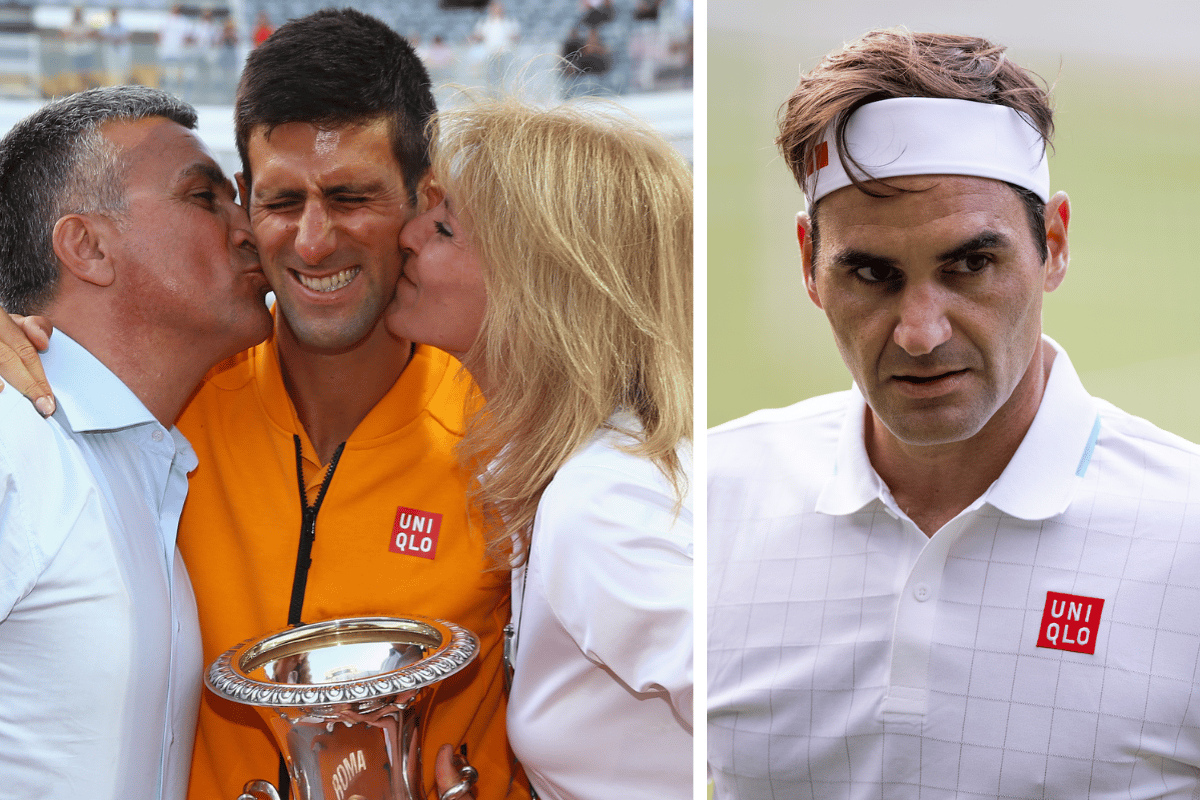 The sporting world is still reeling over the case of Novak Djokovic and his visa debacle that has sparked fierce debate in not only Australia, but across the world.

As of late, the World No.1 has been the source of polarising opinions when it comes to his views on vaccination and his questionable actions.

But also under the microscope are the tennis player's parents: Dijana and Srdjan Djokovic.

Making headlines are their claims that their son has been a victim of "terrorism and torture", not to mention their long-running feud with Roger Federer.

The "terrorism and brutal human rights violations of the world's best tennis player": according to Srdjan Djokovic.

Speaking on Serbian television in late November 2021, Srdjan referred to Australia's vaccination requirements for all attending the Australian Open 2022 as "blackmail".

So considering what has unfolded in the case of Djokovic's visa, his parents' reaction isn't surprising. 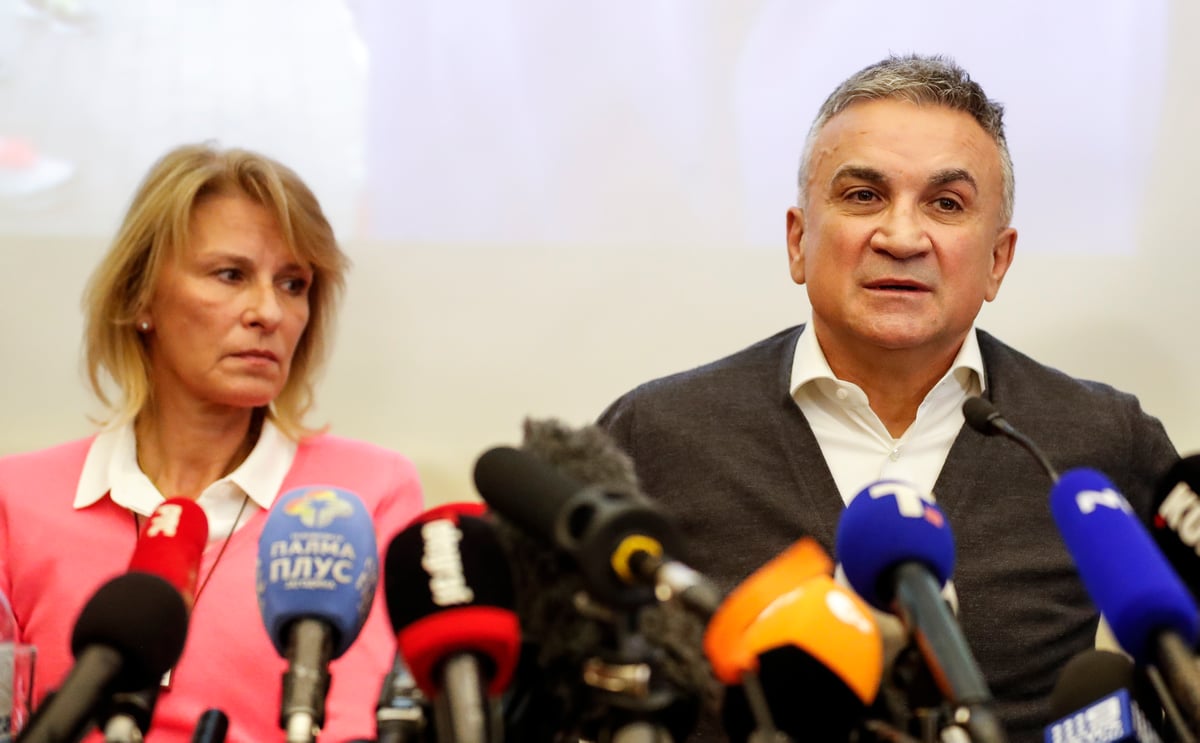 Image: Getty. During the recent rallies in Serbia, Srdjan shouted to the crowd: "I call on all Australians and the whole world to speak out against terrorism and the brutal human rights violations of the world's best tennis player."

Meanwhile, some questionable and morally unjust violations were actually occurring down the corridor from Novak Djokovic. While Djokovic's stay is only fleeting, the sentence for the others left behind in that building has no end date.

The law tells us that children must only be detained for the shortest period of time, yet I grew up in this cage. Justice is all I ask for. I don’t want to survive anymore. I just want to live. https://t.co/NHponRH2qQ

In a speech delivered to Serbian media this week, Srdjan referred to Prime Minister Scott Morrison as "a dictator" and called on Queen Elizabeth to intervene in the "human rights violation" of his son.

"Australia has become a dystopia, a mockery of the free world, they treat Novak Djokovic, my son, your world champion, as a terrorist in Guantanamo Bay," Djokovic's father said.

"The whole world can now see a fake democracy led by one Scott. I call on all Australians and the whole world to raise their voice against the terrorism and brutal human rights violations of the world's best tennis player."

He finished: "My son took the cross to go down in history as Spartacus standing on the last line of defence of freedom." 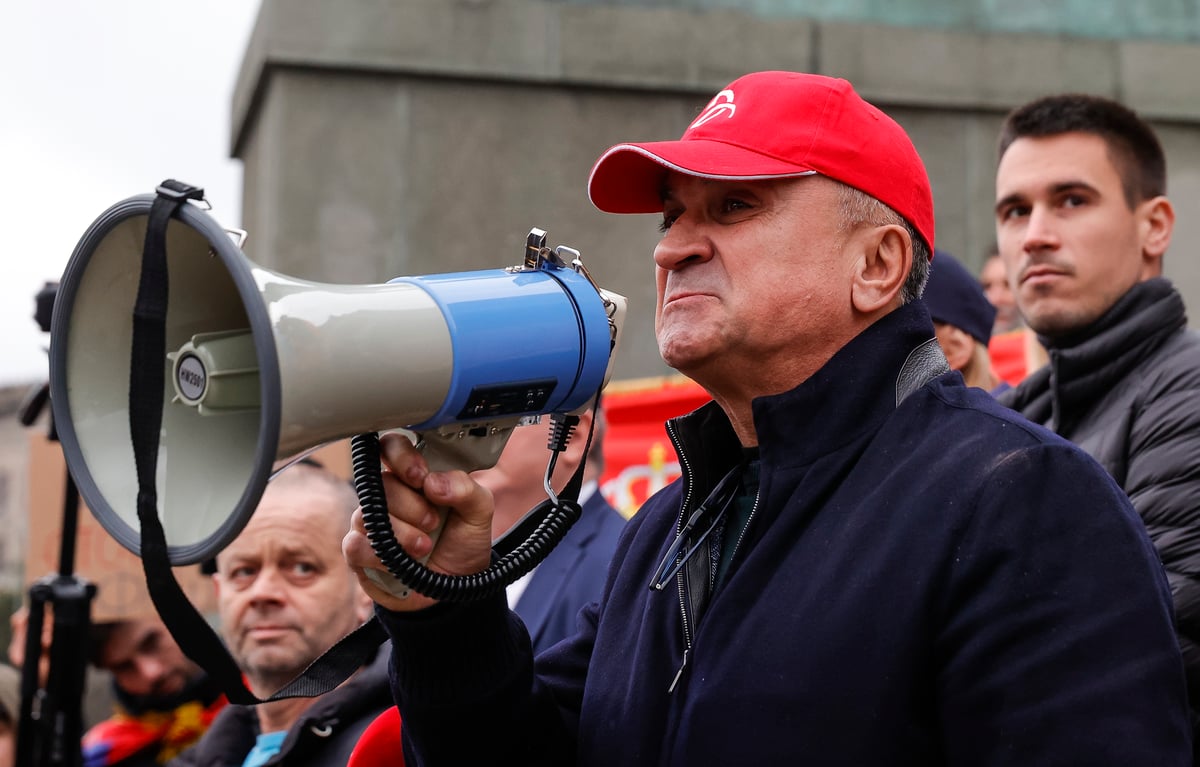 Given the involvement of the Serbian government in Djokovic's visa case, some may be surprised to hear that not all has been peachy between the Djokovic parents and their country's authorities.

According to The Telegraph, there have been "arguments" between the Serbian Tennis Federation and Djokovic's team, aka his family and those close to him, over "previous requests for government support in their tennis plans".

Simply put, it's alleged Djokovic's team have asked the Serbian government for more financial assistance in the World No.1's tennis pursuits: despite him earning over AU$200 million in career prize money. 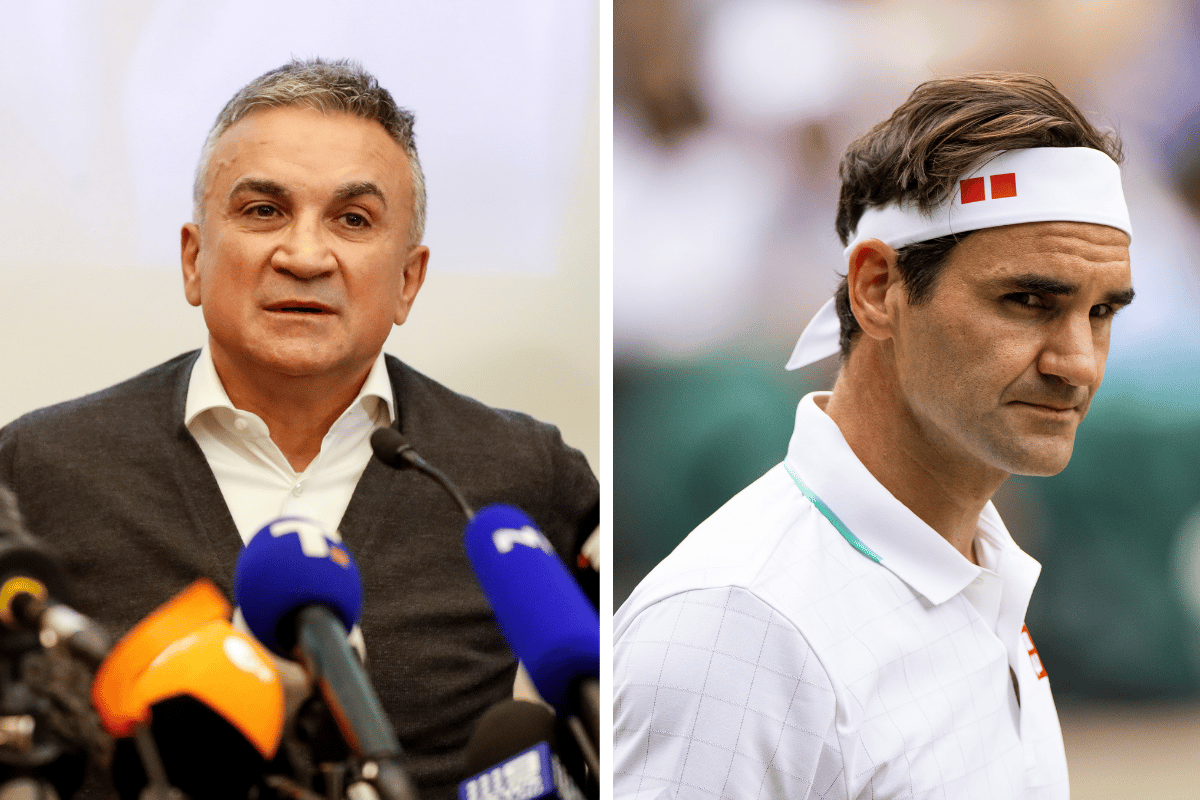 Image: Getty. For decades now there has been a rift between not only Novak Djokovic and Roger Federer, but also Srdjan Djokovic and Federer.

The start of the 'feud' dates back to the early 2000s, when Srdjan called out Federer for criticising Djokovic who had frequently stopped their tennis match, saying he needed medical treatment for a sinus problem.

In response to Federer's criticism, Srdjan suggested Federer is "a great player but not a good person".

Ever since, there has been boiling tension between the two players and their respective teams.

Listen to Mamamia Out Loud: In this episode, the ladies discuss the men’s world number one tennis player, Novak Djokovic. Here’s why Djokovic is making Mia "pufferfish". Post continues after audio.

Srdjan also recently made the brazen claim that no other tennis player could outplay or outperform his son, suggesting Djokovic only "allows his opponent to beat him" due to his unmatched ability.

In the 2021 interview, Srdjan said: "Novak is already the best of all time. He is the best and everything in the world of tennis depends on him. He can lose, but not because his opponent outplayed him, but because he allowed his opponent to beat him." 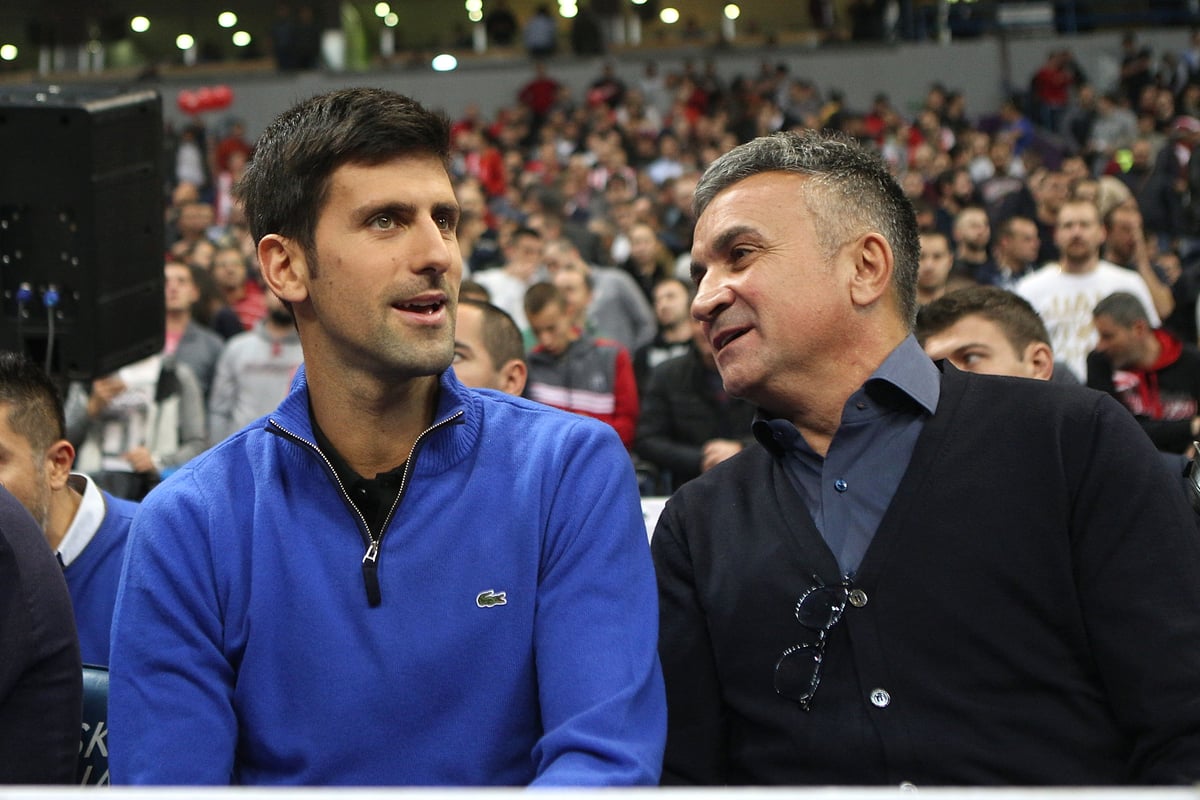 Image: Getty. And rather than comparing Djokovic to other incredible tennis players, such as Andy Murray, Rafael Nadal (and Roger Federer of course), Srdjan suggested his son should only be compared to sporting legends like Tiger Woods and Michael Jordan, who are more his calibre.

Some Serbians consider Dijana Djokovic to be the 'Virgin Mary'.

In a museum in Belgrade, the capital of Serbia, hangs a mosaic made by artist Jovan Kentera. The mosaic depicts Dijana Djokovic as the Virgin Mary.

Speaking about his reasoning behind the artwork, Kentera said: "Dijana is the mother of the new era, one of the most important Serbs. She has created and raised such a man, who is the pride of all of us, but also of people around the world. She is responsible for his existence, and for me, Dijana is a saint." 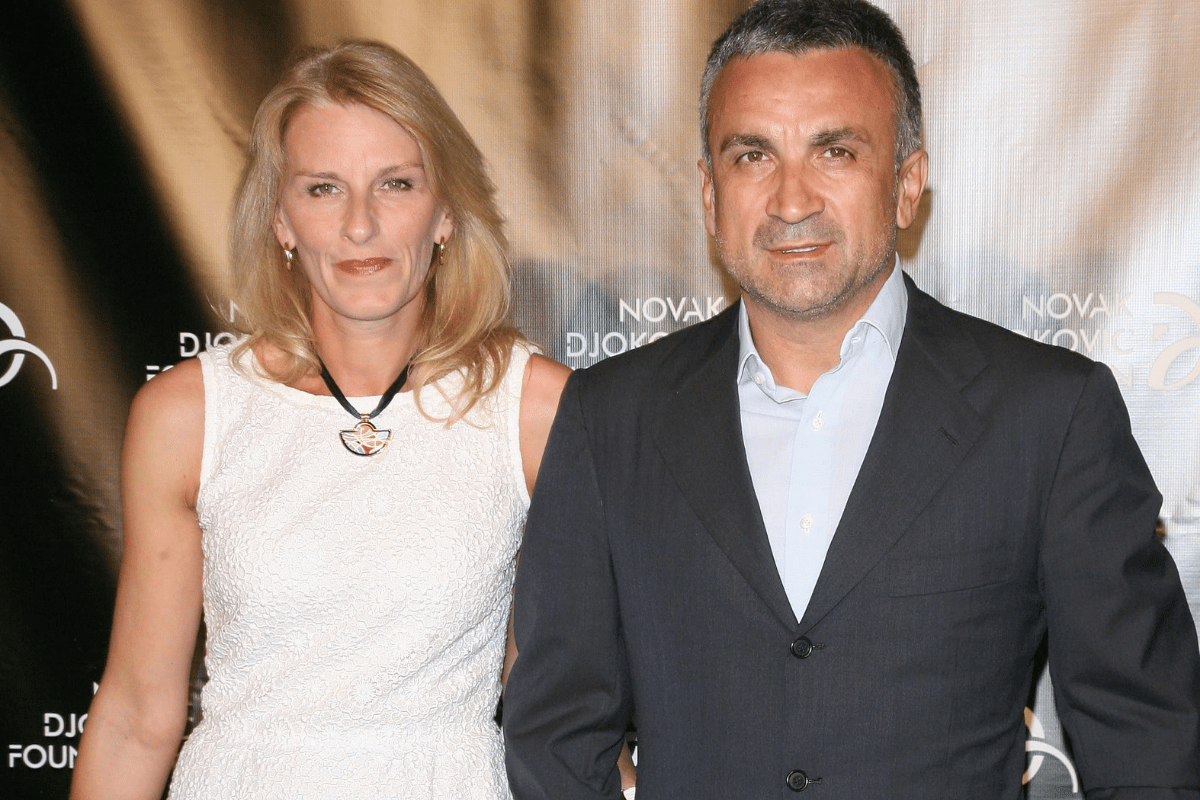 Dijana Djokovic's claim her son is "the most healthy guy in the world": despite his controversial views on vaccination.

Now to round it all off, on Wednesday morning Dijana claimed her son "didn't know" he was COVID-positive when he was photographed at public events in mid-December. That is despite court documents revealing Djokovic had tested positive on a PCR test: a test he would surely remember doing.

Speaking with Sunrise, Dijana also spoke about her son's controversial stance on vaccination.

"I don't know what the problem is if he doesn't want to get vaccinated: that is his choice," she said. "Each person on this world has the opportunity to make this choice, this is like human rights. He is 34. He has his own philosophy on life. You cannot pursue or pressure him."

Novak Djokovic's mum Dijana claims the tennis champion wasn't aware he was infected with COVID-19 when he was photographed out and about last month. pic.twitter.com/qi3SpiOlqn

Dijana added that her son is "the most healthy guy in the world."

She added that Novak is “the most healthy guy in the world” and does “everything to take care of his body to stay healthy”.

Srdjan also defended his son's "exclusive and personal right" to be vaccinated or not, suggesting on Serbian television even he did not know if Djokovic had received the jab.

Immigration Minister Alex Hawke is weighing up whether to use his discretionary powers to again cancel the tennis player's visa, with a decision expected this week.

Chances are, the Djokovic parents won't be too impressed. 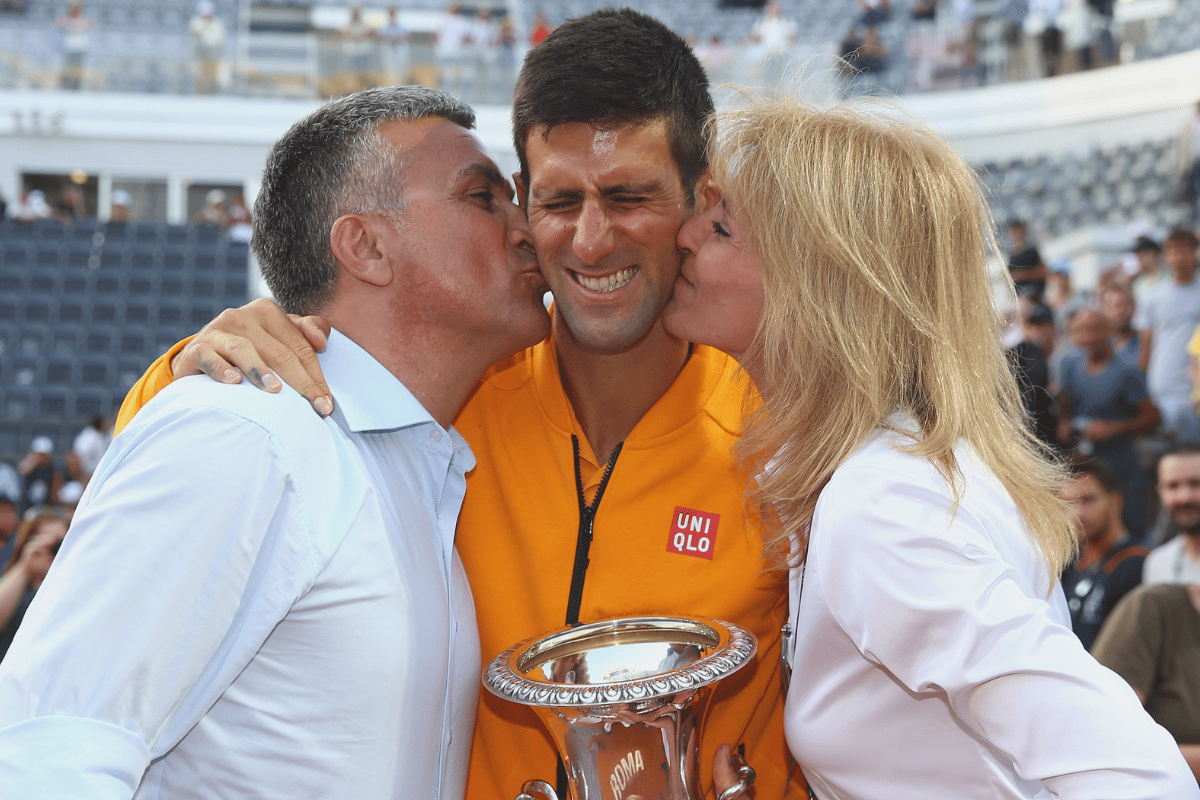 Reply
Upvote
@cat Definitely. Only other I can think of is a former top female player's father... Dokic.  What an amazing woman she is, also a tennis commentator.

Reply
Upvote
@rush  I think I must have been too young to know about him, but a quick google makes me think theres even more reason to feel bad for Novak.

It's quite a contrast to the new film about Richard William's dedication to his daughters.
J
jodster73 6 months ago