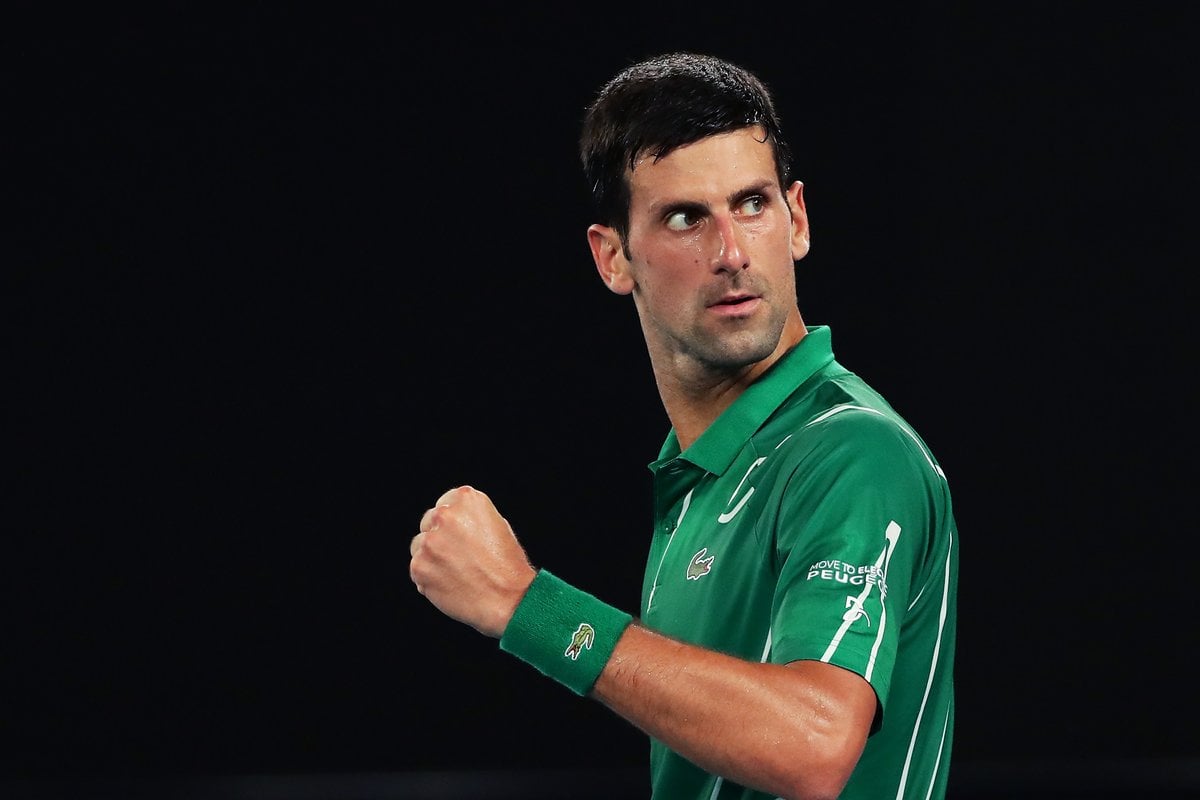 Novak Djokovic never shies away from putting on a show.

Currently in Adelaide, the Serbian tennis player caused controversy this week when he sent the Victorian Government a list of six demands to ease lockdown conditions for the 72 Australian Open players who are currently in quarantine in Melbourne. Some of those demands blatantly neglected the public health advice that is devised to slow the spread of the deadly virus COVID-19.

"People are free to provide lists of demands," Victorian Premier Daniel Andrews responded in a press conference this week. "But the answer is no."

Australian player Nick Kyrgios, once known as 'the bad boy of tennis', gave a deeply considered and clearly heartfelt remark in light of the World No. 1's demands: "Djokovic is a tool."

As Kyrgios' short comment shows, this is not a one-off bad-moment for Djokovic, and the 25-year-old was certainly not alone in his condemnation of Djokovic's ambivalence and arrogance towards the rules.

In case you missed it, the last 12 months have seen the 33-year-old become increasingly controversial, not only for his antics on the court, but off the court too.

Here's everything that has happened in the last year that has led to Novak Djokovic securing his status as one of tennis' most controversial players.

At last year's US Open, Djokovic became the first World No. 1 to be disqualified from a Grand Slam singles tournament.

During his match against Pablo Carreno Busta, Djokovic was falling behind 6-5 in the first set when he grabbed a tennis ball out of his pocket and smacked it behind him without looking at where the ball would land.

The yellow ball hit an unsuspecting line judge directly in her throat, before she dropped to the ground and grasped for her neck.

Djokovic hurried to her side as help arrived, before she eventually walked off the court. 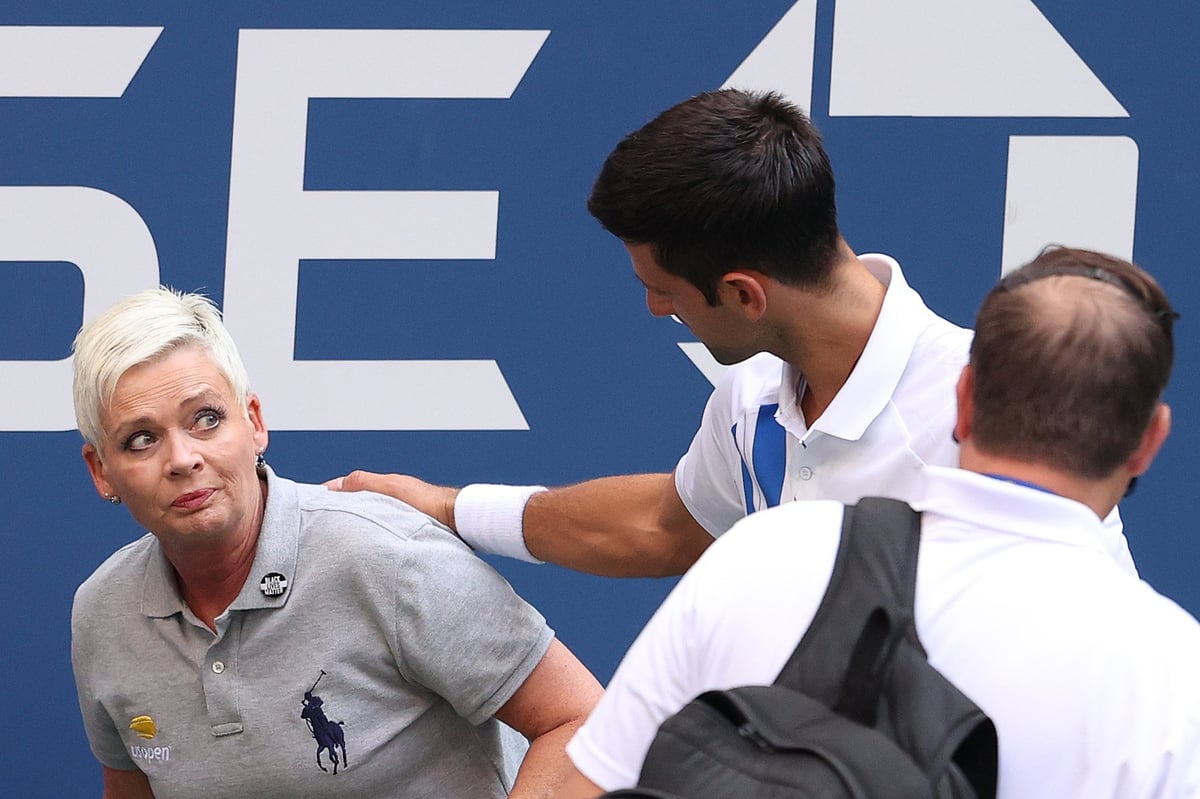 Novak Djokovic smacked a ball that hit an unsuspecting lineswoman at the 2020 US Open. Image: Getty.

When officials informed Djokovic of his disqualification - under the rules that prohibit "hitting a ball with negligent disregard of the consequences" - he tried to shift partial blame onto the lineswoman.

“She doesn’t have to go to the hospital for this,” he was heard saying. “You’re going to choose a default in this situation? My career, grand slam, centre stage?

“If she would have gotten up right away...”

It was his response to the situation that attracted widespread criticism from spectators worldwide.

As a media storm swirled around him, Djokovic did not attend the compulsory post-match press conference after his disqualification. Instead, he left the stadium with no apology. Consequently, the USTA announced Djokovic must forfeit the ranking points and the $US250,000 in prize money he earned in the tournament for reaching the fourth round.

He later apologised to the woman, saying: "This whole situation has left me really sad and empty... I'm extremely sorry to have caused her such stress. So unintended. So wrong."

Days before the US Open, Djokovic announced he had led a group of male tennis players to break away from the ATP Player Council and launch the Professional Tennis Players Association. The organisation is for male players only and was designed by Djokovic to help male players "have their voices heard".

Former World No. 1 Andy Murray said it would have been more "powerful" if women were allowed to join.

Rafael Nadal criticised the association, saying: "We have a bigger problem and separation and disunion is definitely not the solution."

These are moments where big things can be achieved as long as the world of tennis is united. We all, players, tournaments and governing bodies have to work together. We have a bigger problem and separation and disunion is definitely not the solution.

I agree @RafaelNadal. These are uncertain and challenging times, but I believe it’s critical for us to stand united as players, and as a sport, to pave the best way forward. https://t.co/foAmiLVrdV

In June last year the Adria Tour, a charity tennis tournament organised by Djokovic, started in Belgrade, Serbia. Played in the middle of the coronavirus pandemic, the event plainly ignored public health guidelines. None of the players socially distanced and stands were filled with spectators, the majority of whom were not wearing masks. 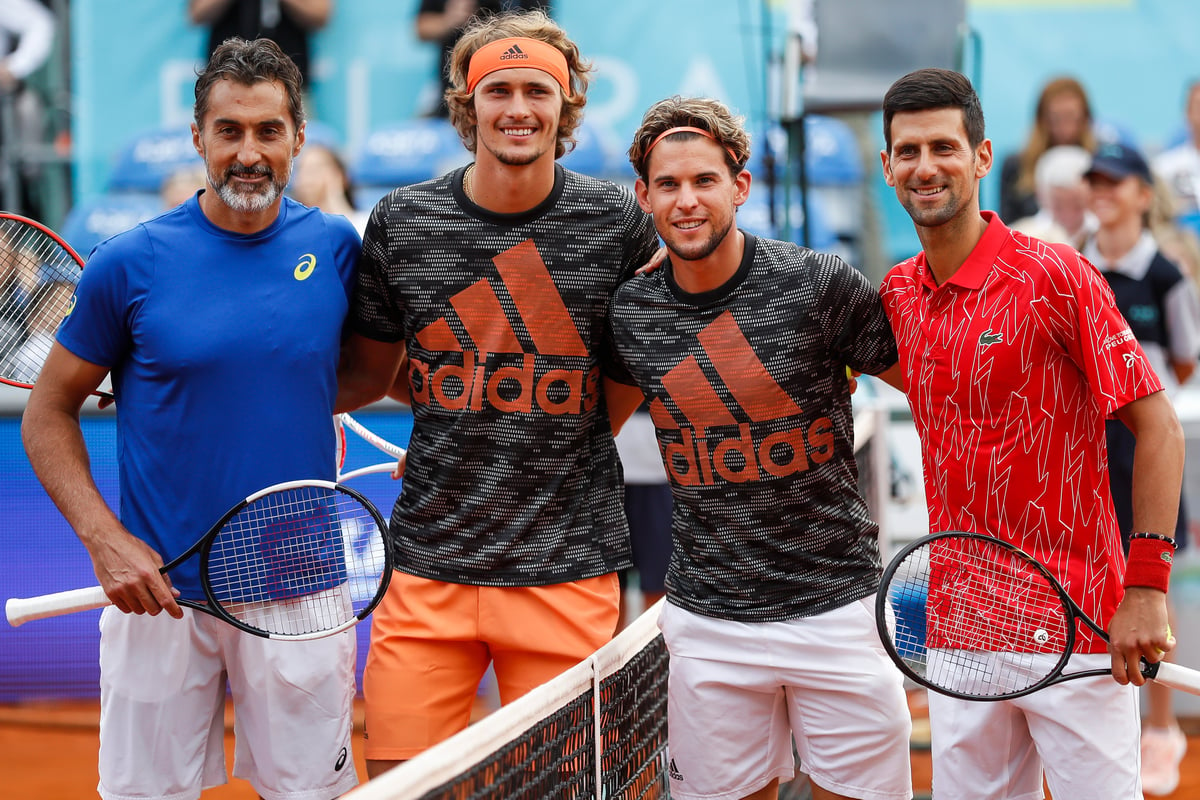 Nenad Zimonjic, Alexander Zverev, Dominic Thiem and Novak Djokovic pose for a photo prior to the exhibition double match of the Adria Tour hosted by Novak Djokovic, on June 12, 2020 in Belgrade, Serbia. Image: Getty.

By the end of the first week, three-time grand slam semi-finalist Grigor Dimitrov tested positive for coronavirus after playing at the charity event. The event was cancelled before the finish, because several players tested positive as well as many support staff.

Djokovic initially declined testing in Croatia because he "didn't feel any symptoms" but later conceded to the test. It was confirmed that Djokovic and his wife Jelena had contracted the disease.

Video emerged online of the players with their tops off at a nightclub in Croatia, again disregarding public health advice despite the pandemic.

Nick Kyrgios criticised Djokovic's charity event, saying this is "what happens when you disregard all protocols".

Djokovic issued an apology, saying: "I am so deeply sorry our tournament has caused harm."

Djokovic said last April it would be a hard decision for him if the COVID-19 vaccine became compulsory for competitors on the tennis circuit.

“Personally I am opposed to vaccination, and I wouldn’t want to be forced by someone to take a vaccine in order to be able to travel,” Djokovic said, according to The New York Times.

“But if it becomes compulsory, what will happen? I will have to make a decision. I have my own thoughts about the matter, and whether those thoughts will change at some point, I don’t know.”

When asked by media to clarify his comments, he released a statement saying he was "no expert" but that he wants "to have an option to choose what's best for [his] body".

“I am keeping an open mind, and I’ll continue to research on this topic because it is important and it will affect all of us.”

He added: “To be honest, just like the rest of the world I am a bit confused. Despite having access to information and resources, I am left in doubt about what could be the best thing to do.”

Although opposed to the vaccine, Djokovic did offer assistance to pandemic relief in March, when he pledged one million euros to help Serbia buy ventilators and other medical equipment. 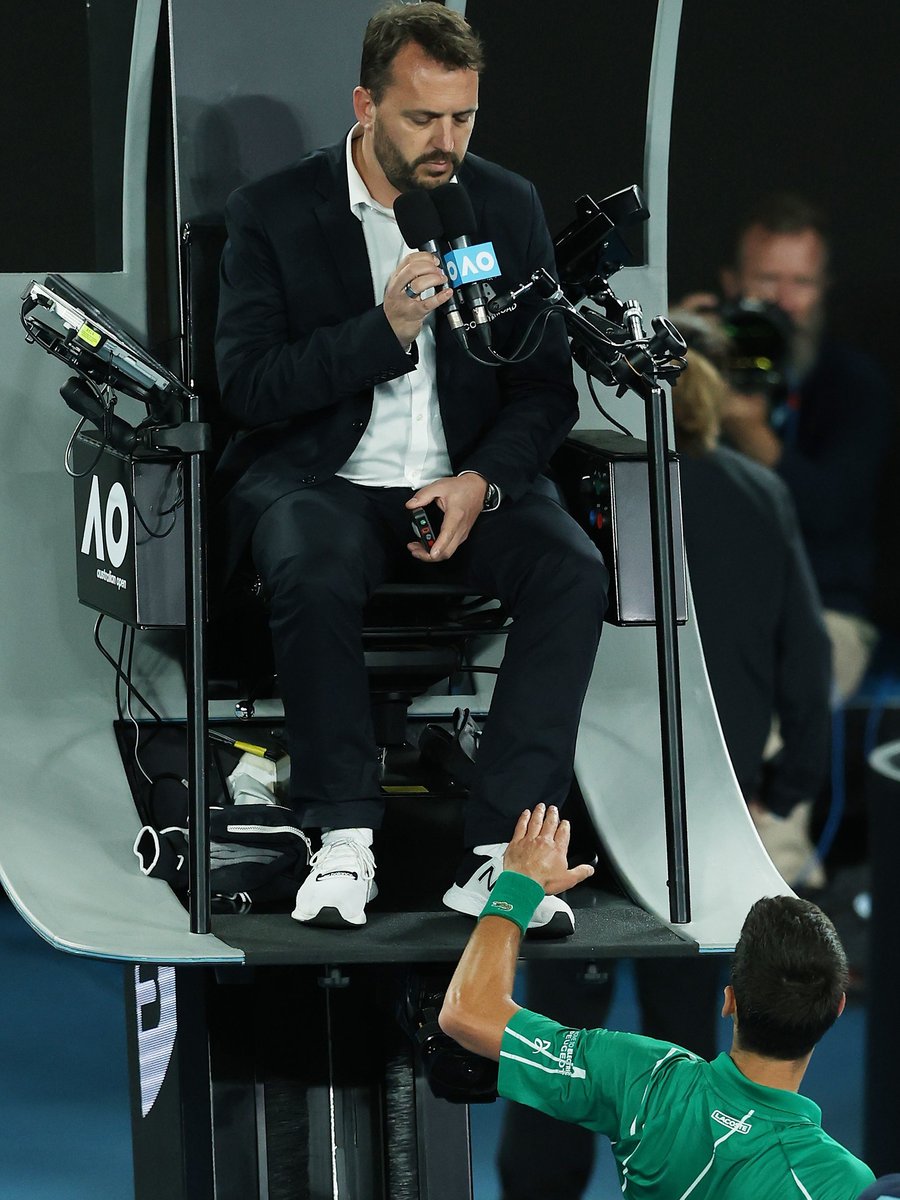 Novak Djokovic taps the chair umpire Damien Dumusois on the foot as he walks past after being broken on serve in the 2020 Australian Open. Image: Getty.

And then there was the 2020 Australian Open.

In a scene that, in hindsight, set the tone for Djokovic's year, the World No. 1's year began with controversy.

After his opponent Dominic Thiem broke him on serve, Djokovic became angry at umpire Damien Dumusois, marching over to his chair and tapping his shoe twice, before sarcastically congratulating the French official.

He faced a $30,000 fine for "physical abuse", but ultimately won the Australian Open for the eighth time.