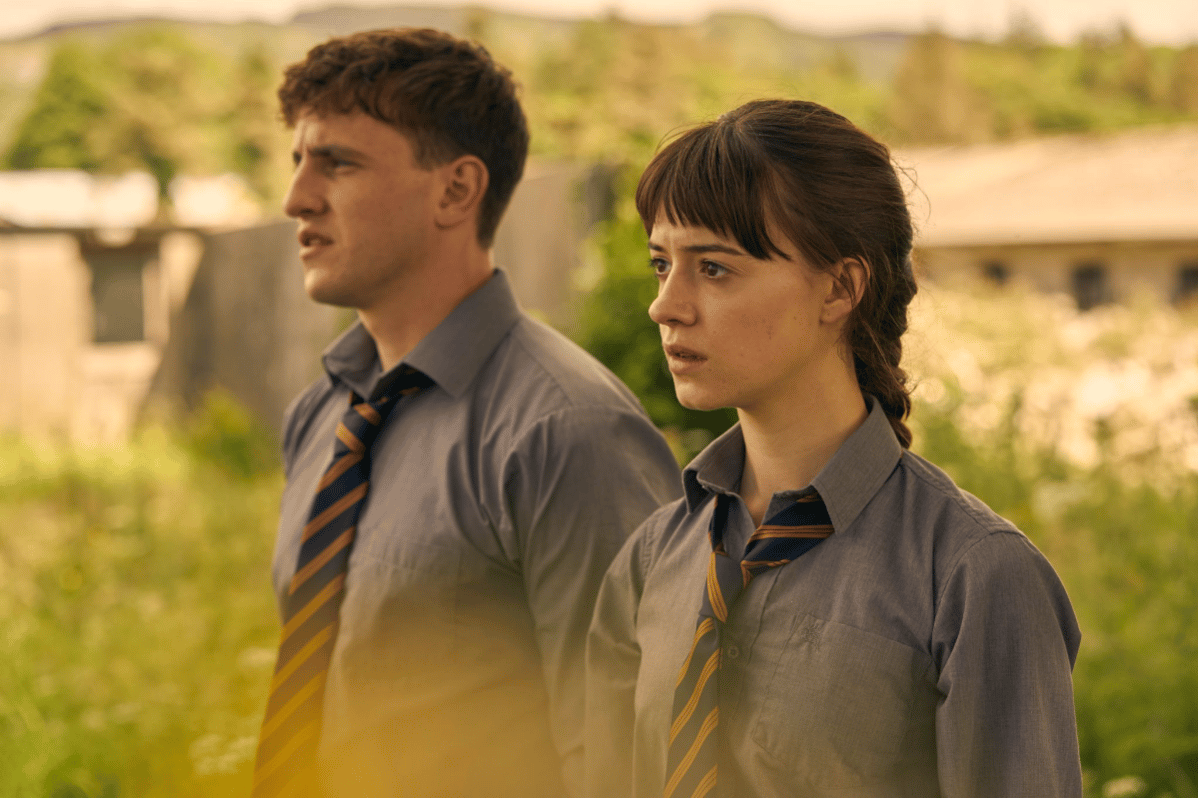 From highly acclaimed Unorthodox to the bizarre phenomenon that was Tiger King, it's fair to say we've devoured way too many TV shows during isolation. But none have been quite as addictive or emotionally devastating as the love story that is Normal People.

The hit series, based on Sally Rooney's New York Times best-selling book of the same name, follows the lives of two young Irish people, Marianne and Connell, who come from completely different upbringings and just can’t seem to stay away from one another as the years pass.

But it’s far from the typical ‘boy meets girl' love story. It's just as romantic as it is soul-crushing. And it's a little bit sexy.

Watch the trailer for Normal People, now streaming on Stan. Post continues below.

And just when we thought we'd got over that ending, Paul Mescal and Daisy Edgar-Jones have now reprised their roles in a two-episode special for Comic Relief Ireland.

That's right, Marianne and Connell (and his silver chain) have returned to our screens. Oh, and the Hot Priest from TV series Fleabag also made a cameo in one of the episodes.

Well this happened! @daisyedgarjones and Andrew are absolute legends. In the hands of Lenny and @suziecine, what is life ❤️. Thank you to element and @emeraoshea. Please, please please donate x

In the first mini-episode, Connell, who is still struggling to express his emotions, sat down in a confessional booth alongside a certain attractive priest, played by Andrew Scott.

"I'm in love, Father, but it's complicated," Connell began.

"Tell me about it," replied the priest.

Connell went on to explain that he still doesn't know how to express his feelings about Marianne.

Marianne later joined the scene, telling the priest that she didn't "believe in the concept of sin" and rejected "the whole institution of the Church as an anachronistic, patriarchal organ of repression." Despite this, she still admitted that she had "stole something" because she was "angry with someone who hurt me".

And of course, the mystery item was none other than Connell's famous chain.

The priest then encouraged the young lovers to start singing a song about forgiveness. And it was surprisingly... really good.

The second mini-episode was set 40 years in the future and showed Marianne and Connell as an older married couple who once again found it difficult to communicate with each other. Only this time, instead of struggling to express their feelings, they had a hard time understanding whether they both wanted... beans on toast.

The video starred actors Peter McDonald and Deirdre O’Kane, who played a husband and wife on the Irish sitcom Moone Boy.

As the ending to Marianne and Connell's story was left ambiguous, it was interesting to finally see where the perfectly imperfect couple ended up.

For a deeper dive on Normal People, listen to this episode of The Spill

Speaking to RTÉ Radio 1, Curtis explained, “There’s a beautiful piece called Normal Older People, which is imagining what would have happened to Marianne and Connell 40 years from now. I promise you, these are two very special bits."

“It’s so much better than anything we’ve ever made. I mean I can’t even say all about it because there’s a guest star in it. But it’s really, it’s really beautiful," he added.

"One of the things about Comic Relief is it just gives opportunities for things to happen that would never happen. I can’t imagine any context in which they would have allowed this little sort of extra-special into the world of Normal People.”

Both episodes were produced by Comic Relief to raise money for those affected by COVID-19 in Ireland. You can watch both videos online here and donate to the cause here.

In more exciting news, it’s been confirmed that Sally Rooney’s second novel, Conversations with Friends, will also be adapted for television.

The show's co-producer, Ed Guiney, previously said: "It's the same basic team. Lenny's [Abrahamson] going to direct it and is across it as an EP. And Alice Birch and all of us at Element Pictures. So, in a way, that's what we'll be turning our attention to next. But maybe down the line we'll come back to Connell and Marianne."

Normal People is streaming now, only on Stan.