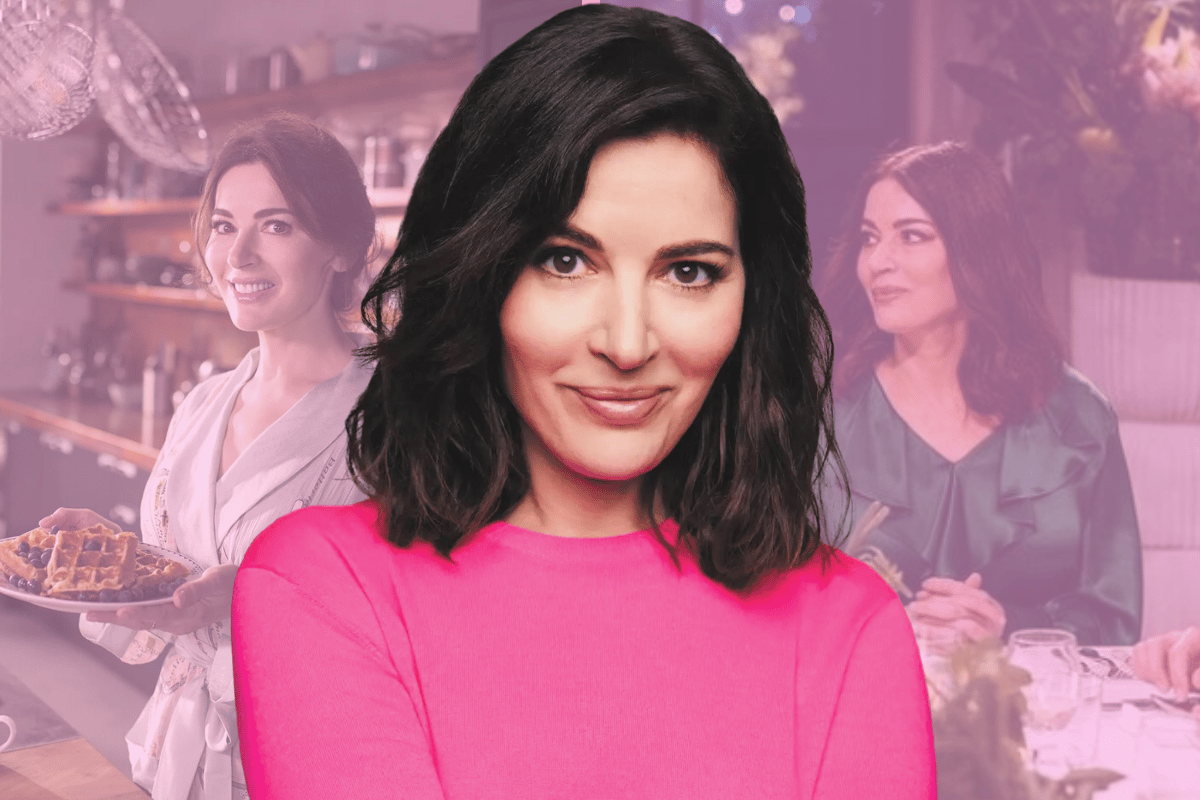 Content warning: This story includes descriptions of domestic violence that may be distressing to some readers.

Australia's love affair with Nigella Lawson has always been strong.

And there are plenty of reasons why. Her approach to food as pleasure rather than guilt, her array of cookbooks, her pronunciation of microwave (you'll have to look that one up!) and her overall love of food makes her so refreshing.

She's currently starring on My Kitchen Rules alongside fellow judge Manu Feildel, with fans online declaring that she has "saved the series". And at 62 years old, Nigella is showing no signs of slowing down, recently saying that her passion for home cooking will keep her in work for years to come.

"Home cooking is where my heart is. For me, it's the real story of food, and I was just terribly excited about eating food that told me where people had come from, who they are, and what they love," Lawson said in a statement about MKR.

Away from the spotlight, Nigella's life has been quite the mix of triumph and tragedy, especially in the case of her two marriages.

Nigella is also well known for having a "no personal questions" clause when it comes to media interviews. So in the few instances when Nigella has opened up about her life away from the spotlight, it has been powerful.

Before Nigella Lawson was famous for her cooking, the world knew her as the daughter of a famous British politician, Nigel Lawson and as the wife of a famous newspaper columnist, John Diamond.

Making use of her father's connections, Nigella had landed her own restaurant column in The Spectator. It was through her work that Nigella met John, the pair getting married in Venice a few years later in 1992. She and John had two children - Cosima and Bruno - before John contracted throat cancer and endured his illness for four years before his death in 2001.

It was a traumatic time for Nigella, who told Mia Freedman in a No Filter episode that food was a means of escapism for her.

"My first husband couldn't eat. He had oral cancer. I did feel it was quite important to hold on to being able to cook for myself. My children were little then, so I would make two lots of supper, one for them and then one for myself," she explained.

"That's when I started [cooking]. You have to feel like you can take care of yourself. And there are times when one feels unable to muster the enthusiasm of doing so, I think it's an essential act of kindness towards oneself."

It was John that inspired Nigella to write her first cookbook, with Nigella later saying her husband had said: "You always talk about food in this really confident way. You should write about it!"

In a recent Instagram post, Nigella posted a throwback image of her and John, saying how much she missed him.

"This time 20 years ago, I was at the launch party for my first book, How To Eat. Looking at this photo makes me happy, but also very sad. I wish I could be in John's arms now. How To Eat would never have existed without his urging and encouragement in the first place." 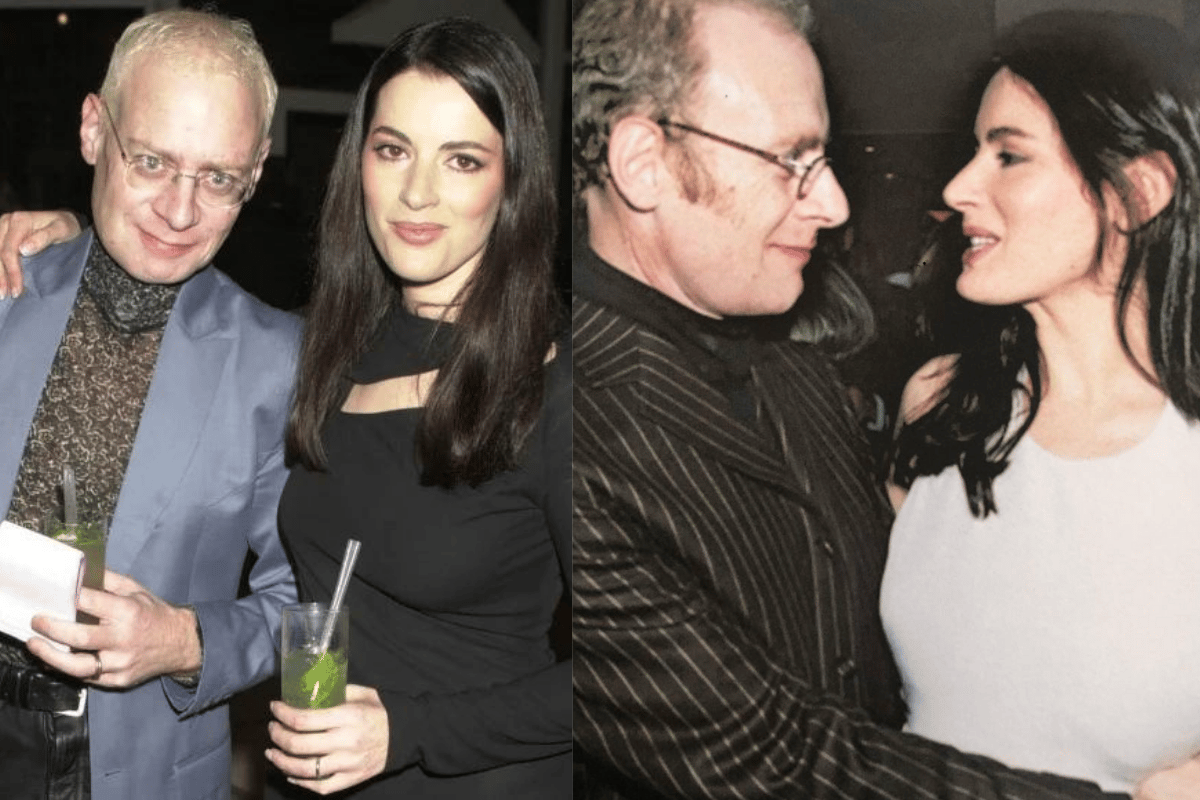 Image: Getty/Instagram @nigellalawson. Reflecting on the loss, Nigella said: "Believe me, I spent a lot of time under a duvet. But if you feel you would stay there forever, you have to push on."

In 2003, Nigella married businessman Charles Saatchi, who is a wealthy art collector and advertising agency founder. The pair were married for a decade, but in 2013 things took a very serious turn.

While the pair were dining at a London restaurant and sitting in the outside section, a photographer captured multiple photographs of Charles assaulting Nigella.

During their conversation, images showed Charles putting his hands around Nigella's throat on four separate occasions during the 30-minute encounter. The photographer later said: "Saatchi launched a tirade of angry words. Four times he grasped her around the neck with Nigella looking powerless and petrified."

Charles later voluntarily attended a police station in London and accepted a caution for the assault.

A month or so later, it was announced that Charles and Nigella were divorcing.

They were then swept up in a very ugly court case, with further details of their "abusive" relationship emerging, and Nigella's alleged drug dependence. In court, Nigella said the incident was prompted by a comment she made about a person walking by with a baby as they were dining.

Referring to the incident, Nigella said: "He [Charles Saatchi] told everyone that he was taking cocaine out of my nose. But what actually happened was that somebody walked by with a very cute baby in a stroller and I said 'I am so looking forward to having grandchildren', and he grabbed me by the throat and said 'I am the only person you should be concerned with. I am the only person who should be giving you pleasure'. That is what happened." 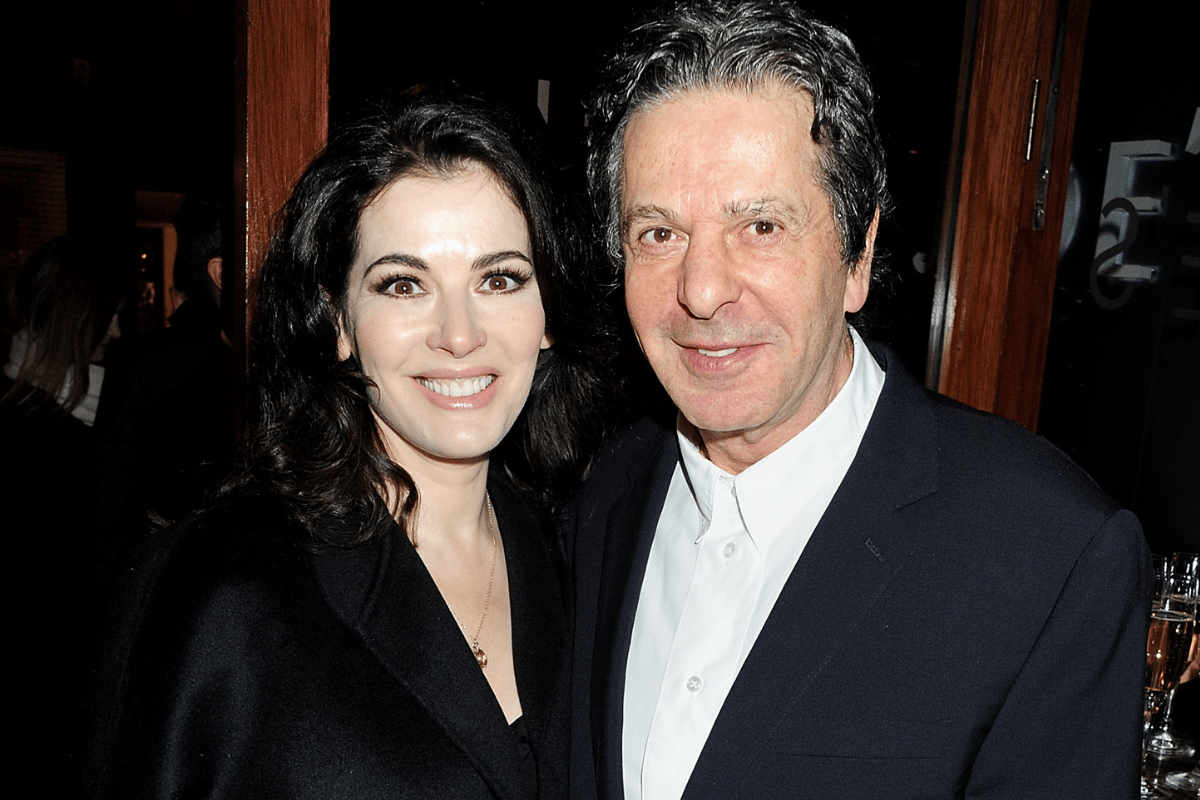 Image: Getty. In terms of the drug allegations, Nigella said she had turned to occasional cocaine and marijuana use in order to make "an intolerable situation bearable".

"I felt subjected to intimate terrorism by Mr Saatchi, a friend of mine offered me some cocaine, I took it. The idea that I am a drug addict, or habitual user of cocaine is absolutely ridiculous. [I am] totally cannabis, cocaine, any drug, free [since the divorce]."

Speaking to The Irish Times in 2019, Nigella said her experience with her second husband and the media frenzy that ensued sparked a "trauma" of sorts.

"It was generally about feeling exposed and under attack. In a way, it would have been much better for me to be able to speak openly. It goes against my nature not to. But I do think that becoming a tabloid story, and everything I went through then - shame, various things - in a way gave me a form of trauma of its own."

Amid the struggles with both marriages, Nigella managed to build an incredibly successful career for herself.

And for Nigella, success came quickly. She has had multiple television shows, cookbooks, newspaper columns and more.

What perhaps pushed Nigella to stardom was that Nigella has rarely associated food with guilt. She's embraced the opposite instead - that food should be a joy for the cook and eater and that it shouldn't be a source of shame, but self-love. Reflecting on this, Nigella said on No Filter that diet culture isn't sustainable or something she is interested in.

"There has been a constant trend for women to take up less space in the world - this obsession with thinness can be seen in those terms. Calling something 'clean eating' does imply to me that some foods are dirty and shameful, and I think food shaming is pernicious."

As for what life looks like now for Nigella, her level of celebrity in both Britain and Australia has skyrocketed.

As British food writer Diana Henry explained in a profile interview: "I often think that she [Nigella] has Princess Diana-like status as a celebrity. She is that well known, she is that well-liked."

For the next few weeks, Aussie audiences will be able to watch Nigella on MKR, where she has travelled around Australia with Manu Feildel to dine in the homes of home cooks. Nigella replaced former host/judge Pete Evans, for obvious reasons.

Speaking about her new role, Nigella said, "Going to restaurants can be a treat, but for me, the true story of food is told through the cooking we do at home. So to have the chance to champion home cooks and be given the intimate privilege of being invited into people's homes to eat their food fills me with gratitude and excitement in equal measure. And, if I may borrow an Australian term, I'm stoked!"

Now at age 62, Nigella said that rather than dreading her birthdays, she now celebrates them.

"I can't help feeling that to ignore my birthday might so easily mutate into shame at my age, something I have always fought fiercely to resist," she wrote in The Weekend Australian Magazine.

"I don't pretend to be youthful. And when you have seen people you love die young, the idea of complaining about getting older is just revolting. My mother died at 48, one of my sisters at 32, and my first husband at 47 - it is a curious thing to be so significantly ­outstripping them in years. In truth, the hardest birthday I have ever gone through was my 49th, because my mother never made it to hers," Nigella wrote.

Ultimately, there's a lot to be said about getting older.

"I can honestly say I have learned one great lesson - to relish solitude. The other, and perhaps most exciting thing about getting older is counter to how it's always been perceived. Ageing is nearly always portrayed as a closing down of opportunities - I now see the rest of my life as a great unfurling mystery. Now I feel that anything could happen. I'm happy with my life as it is, and that's a wonderful way to walk into the future."

As she said to The Guardian: "Getting older, I've stopped looking back on the past an awful lot. And after 60 years of being a ruminator, it's an amazing thing. I guess. I'm very happy at last."

MKR continues on Channel 7 and 7plus Sunday to Wednesday nights at 7.30pm. ﻿﻿﻿