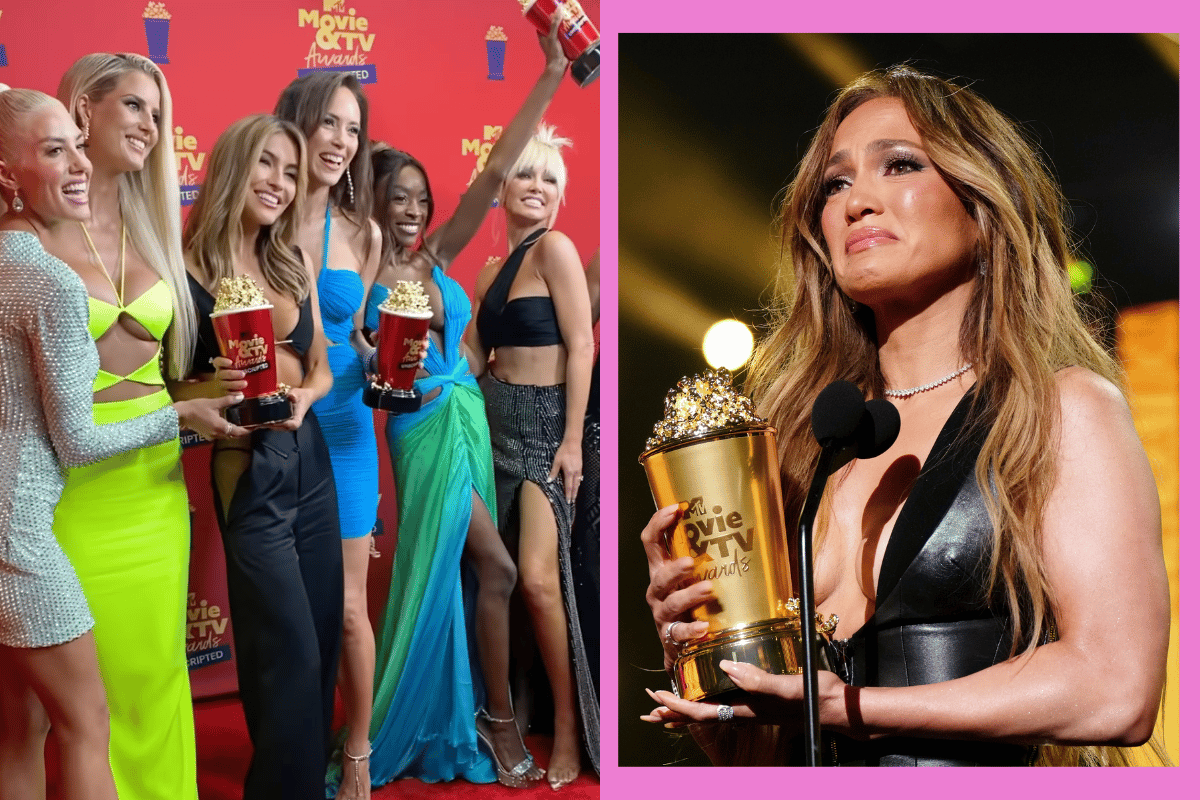 It was a pretty star-studded affair with the likes of Chris Evans, Paris Hilton, Olivia Rodrigo, Jack Black, Jennifer Lopez and Vanessa Hudgens in attendance.

Not only was the fashion stellar (like all red carpet occasions), but the awards moments were too – particularly JLo's moving speech (and shout-out to Ben Affleck), Selling Sunset's three-way hug, and the host's SEVEN outfit changes.

So without further ado, here's five of the biggest moments from the MTV Awards 2022.

Watch some of JLo's acceptance speech. Post continues below.

1. JLo made an incredibly emotional speech.

Jennifer Lopez was awarded the MTV Movie and TV Award Generation Award, leaving her in tears.

In her speech, JLo reflected on what led to her success, the challenge of not being taken seriously for her film and TV roles, and her gratitude to the fans.

She continued: "I want to thank all the people who told me, to my face or when I wasn't in the room, that I couldn't do this. I really don't think I could have done it without you."

And to the delight of many, she gave a shout-out to her fiancé Ben Affleck saying: "Ben and everyone at home, wait for me to have dinner – I will be home by 7!" 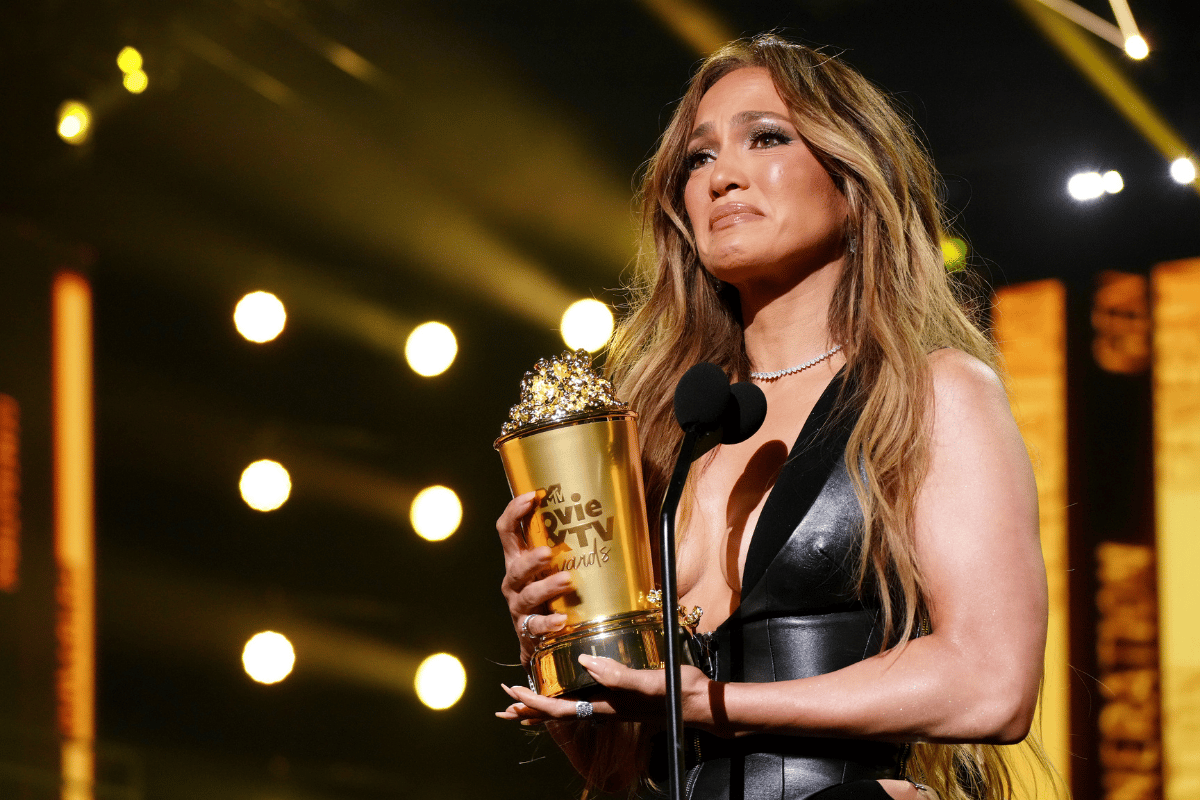 2. A surprise to no one, Euphoria won Best Show.

On the red carpet ahead of awards, Euphoria actor Sydney Sweeney was hoping the series "gets a bunch of love," – and it certainly did.

Accepting the award on behalf of the cast, Sweeney said: "Without you, this would not be possible. Thank you for loving characters that might be hard to love sometimes… We do this for you and we love you and thank you."

The HBO show also won the 'Here for the Hookup' award and also the Best Fight award for the moment between characters Cassie and Maddie in the season two finale of Euphoria.

"I wish Alexa was here so that she could thank the amazing fans that we have, because you all are so incredible," Sweeney said. "But I have to be honest, Maddie might have gotten the last punch, but Cassie has never, ever been happier." 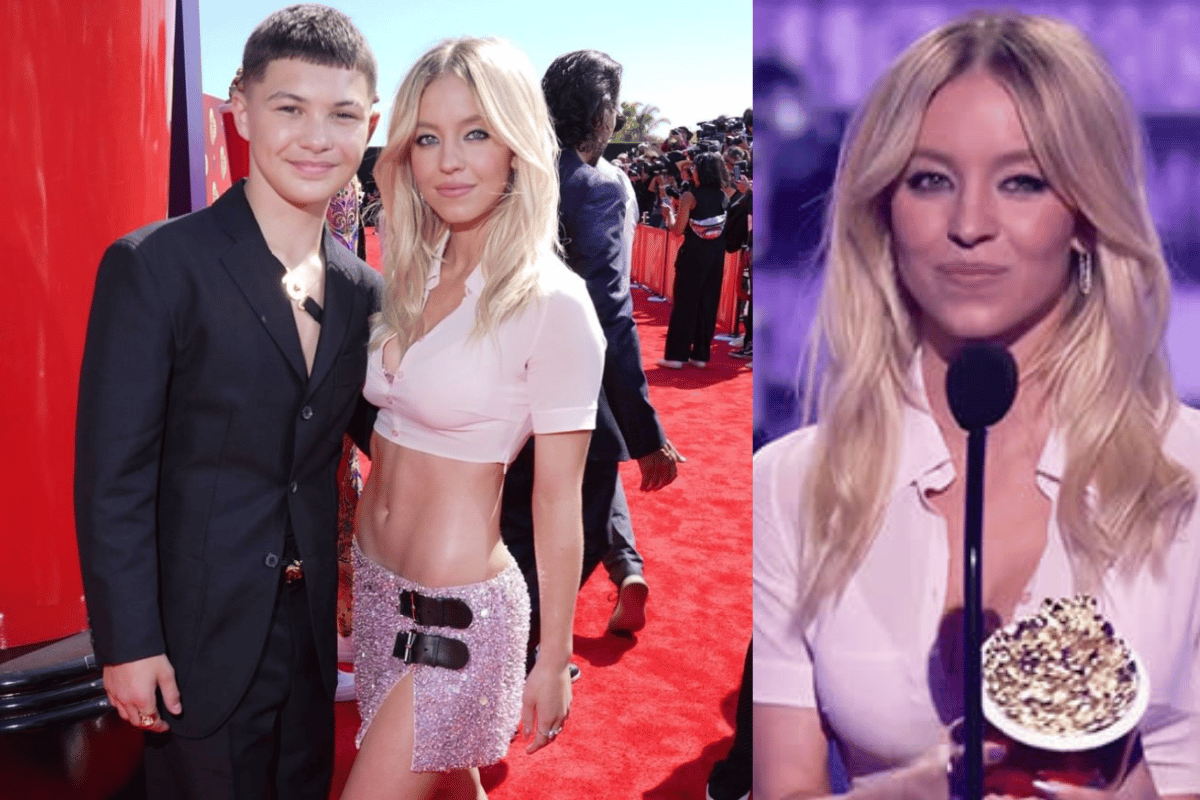 Actor Vanessa Hudgens was the star of the MTV Awards – and for good reason. She had not one, but seven outfit changes.

She started things off in a custom, royal blue Vera Wang mini-dress, then a sparkly gold one and a Versace set that looked to be inspired by Elizabeth Hurley's iconic dress.

Then there was a glitzy tracksuit reminiscent of Squid Game, a cowgirl country outfit and a puffy-sleeve hot pink mini dress. To top it all off – gosh, her costume designer and stylists must be exhausted – she finished with a Cat Woman-esque bodysuit with knee-high boots and a red wig. 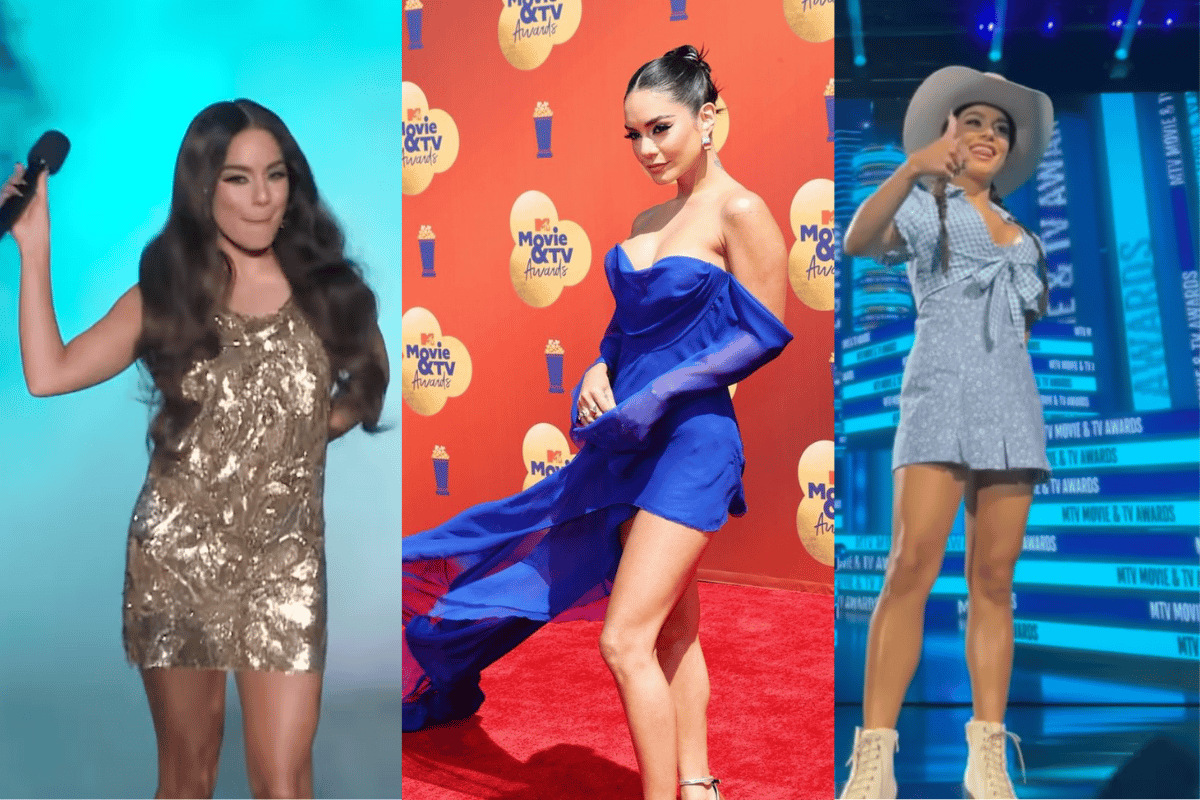 At least three of her outfits at the MTV Awards 2022. Image: Instagram @mtv.

When the cast realised they had won, they all shared hugs – including Chrishell, her new partner Australian musician G Flip and her ex Jason all having a three-way hug.

Chrishell Stause also won the Best Reality Star award. In her speech, she thanked her fans for their support after she made her relationship with G Flip public in May.

After thanking TV execs and her fellow cast, she said, "Just really quick, I knew about this nomination before I had said anything about my sexuality. I'm not trying to get really deep with you guys, but the fact that this was voted on after means so much to me because I wasn't sure how that was gonna go. Thank you so much, guys. I appreciate it."

And when accepting the award, Chrishell shared a hug again with G Flip and Jason – which we love!

5. Reality TV had a resurgence, picking up most of the awards.

Although reality TV shows always feature at the MTV Awards, this year went to the next level.

Paris Hilton scored the award for Best Reality Return thanks to her two shows, Cooking with Paris and Paris in Love. In her acceptance speech she said: "I feel like the luckiest girl in the world, getting to share my life and all different sides of myself with you all over the years. It all started with The Simple Life almost 20 years ago. I am so excited for this next chapter ahead."

She said: "Reality television gave me a platform to authentically be myself, be honest about my flaws, my struggles being broken, alone and with no safety net, a place to mention it all. The shiniest apple is sitting at the top. This is all a dream. You all go for yours." 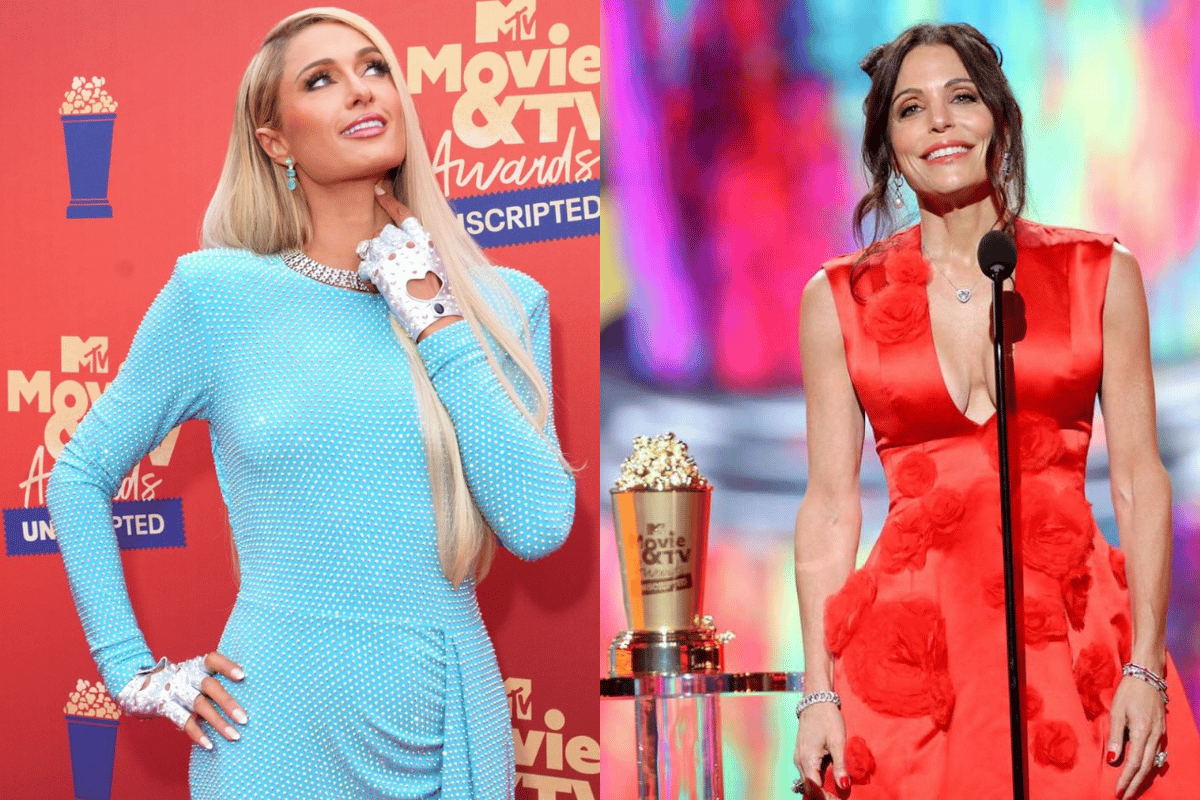 Do you buy the groceries in your household? Take this short survey now to go in the running to win a $50 gift voucher!