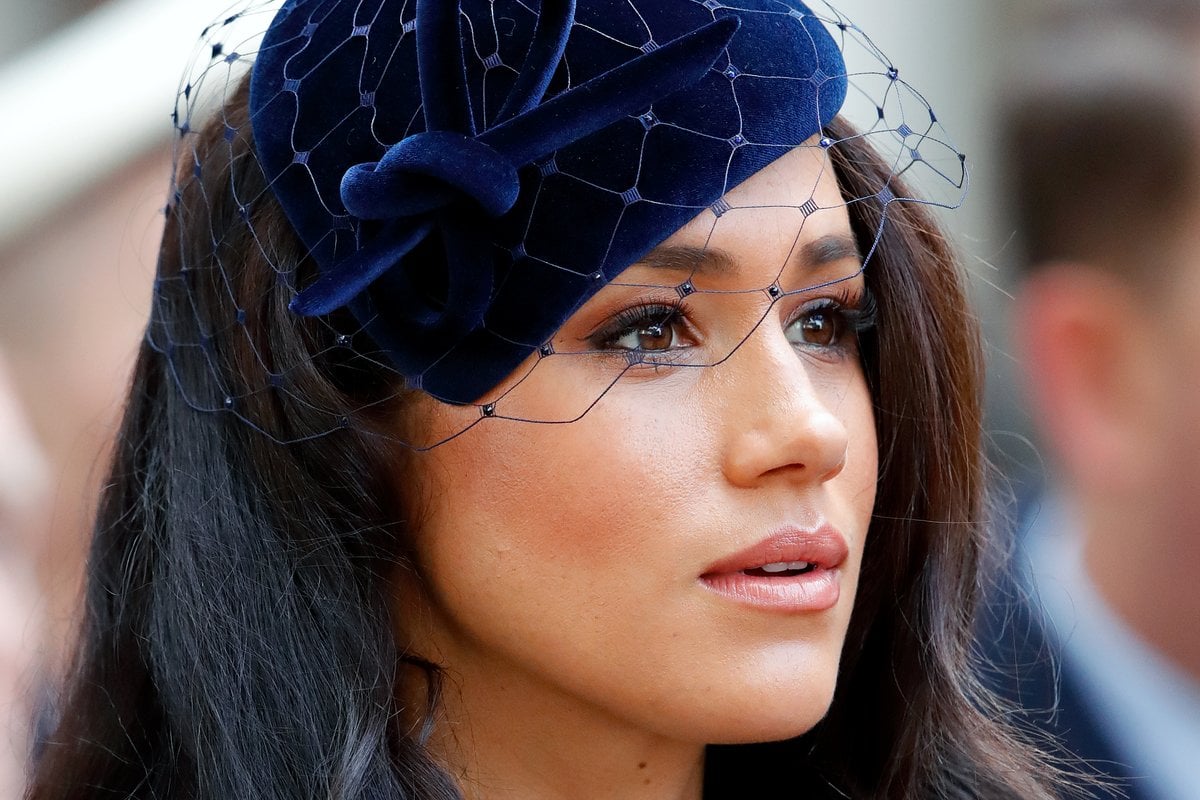 When Meghan Markle became a member of the Royal Family, she refused to surrender her American citizenship.

According to a close friend, who has spoken with Vanity Fair, that was primarily because of her political aspirations.

In the surprise claim, the anonymous source told the publication: "One of the reasons she was so keen not to give up her American citizenship was so she had the option to go into politics.

“I think if Meghan and Harry ever gave up their titles she would seriously consider running for president.”

Listen to why Holly is getting cranking at Prince Harry in this episode of Mamamia Outloud. Post continues after podcast.

The friend's claims oppose Markle's representatives, who were adamant that a stint in the Oval Office would not be on the cards. "While there’s no denying she is interested and engaged in politics as a topic, she harbours no ambition to enter a career in politics herself."

Alas, Vanity Fair - who has previously interviewed Markle - seemed sure that the American presidency was an option being considered by the Duchess of Sussex.

And although it not the usual path members of the British Royal Family take, there are sure-fire signs that have hinted to her tentative political ambitions that date back to when Markle was just 11 years old.

Here's what we know so far.

In a TIME magazine feature, the Duke and Duchess of Sussex encouraged Americans to register to vote in the upcoming November 3rd election.

“Every four years, we’re told the same thing, ‘This is the most important election of our lifetime.’ But this one is,” Markle said. “When we vote, our values are put into action, and our voices are heard.”

Prince Harry added, “As we approach this November, it's vital that we reject hate speech, misinformation and online negativity.”

Many saw this as a dig at President Donald Trump.

It's highly unusual for members of the royal family to comment on political agendas, and Buckingham Palace was forced to release a statement in the wake of Prince Harry's unorthodox remarks.

"The Duke is not a working member of the royal family and any comments he makes are made in a personal capacity," a palace spokesperson said.

Deadly Storms & A Leader On Holiday: What The Hell's Happening In Texas?

Clue #2. Prince Harry and Meghan Markle's move back to the United States.

Prince Harry and Meghan Markle quit their royal duties in January this year, announcing their plans to become financially independent and split their time between England and America.

They have since relocated to California, where they live with their one-year-old son, Archie.

Throughout the year, they've been vocal about their interests in the US Election. Whilst Markle has not officially endorsed a candidate, she has emphasised her desire for change in the country.

"We all know what’s at stake this year," Markle said during the 'When All Women Vote' event in August.

Her comments attracted criticism from people who believe she should remain politically neutral whilst still using the title 'Duchess of Sussex'.

Nevertheless, Markle continues to use her voice on political matters. In November, she will make history when she becomes the first British royal family member to vote in an election.

In August, Markle told Marie Claire why this was so important to her.

“I know what it’s like to have a voice, and also what it’s like to feel voiceless,” she reflected. “I also know that so many men and women have put their lives on the line for us to be heard. And that opportunity, that fundamental right, is in our ability to exercise our right to vote and to make all of our voices heard.” 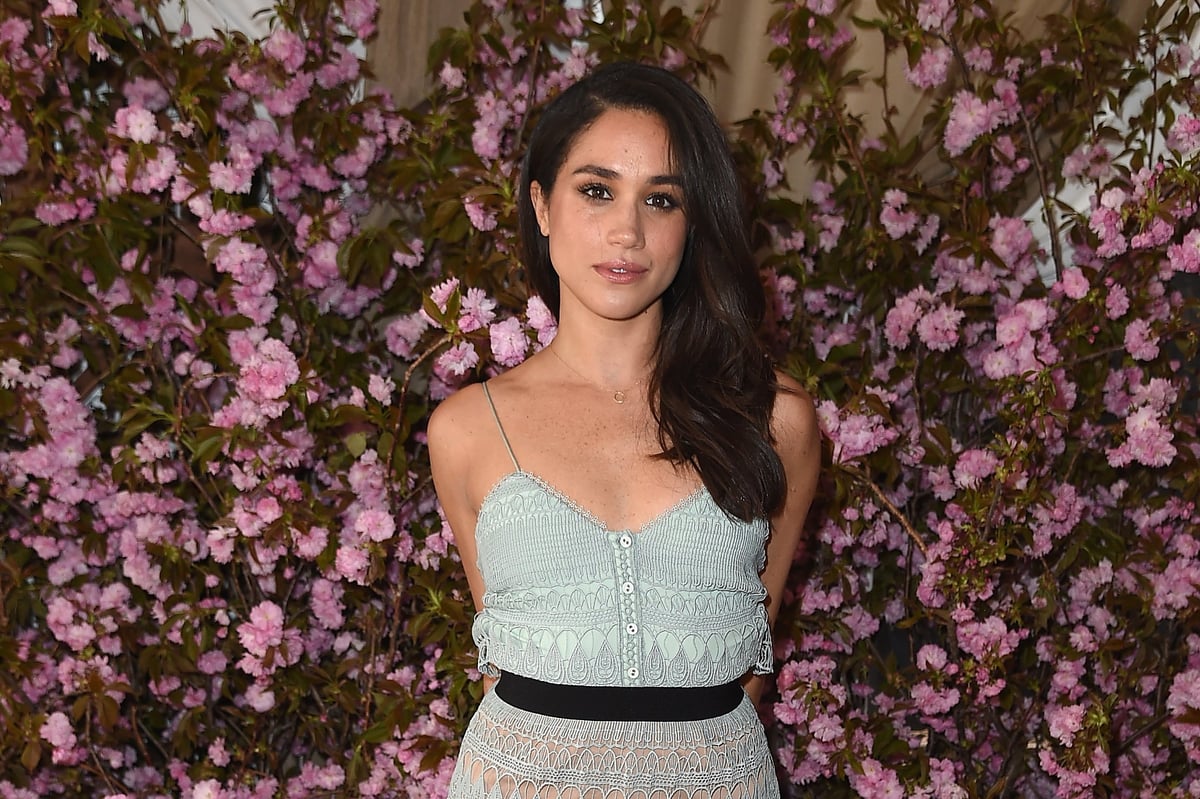 Meghan Markle in 2016, the year she met Prince Harry. Image: Getty. Before she became engaged to Prince Harry, the former Suits actress described how she grew up “with a social consciousness to do what I could and speak up when I knew something was wrong”.

Her desire to see change in the world started at a young age.

When she was 11 years old, Markle was so infuriated by a sexist television ad for dishwashing liquid that she wrote letters to Hillary Clinton and Gloria Allred about it. Thanks to her, the ad’s slogan was changed.

From this early experience, Markle has maintained a strong commitment to making a difference, later going on to work as an ambassador for UN Women and World Vision.

During the 2016 US presidential election, Markle was a strong advocate for Hillary Clinton – in fact, she said she would move to Canada if "misogynistic" and "divisive" Donald Trump was elected. (She moved to England, instead.)

According to The Guardian, Markle urged her followers to vote for the then-democratic nominee, "not because she's a woman, but because Trump has made it easy to see that you don’t really want that kind of world that he’s painting”.

Markle, who has a degree in international studies and theatre, was also open about her views on Brexit in 2016.

The actress posted an anti-Brexit message to her now-defunct Instagram account during the week of the UK referendum. Posted shortly after she began dating Prince Harry, the Instagram photo showed a protest sign which read: "If EU leave me now you take away the biggest part of me".

That's why, four years on, it seems well within the realm of possibility that she could consider a political future.

Plus, as Vanity Fair points out, her biographer Omid Scobie also believes she may run for office.

"She has her eyes set on the U.S. presidency," he's previously said in a documentary. "Meghan is the embodiment of the American dream. One day we may see Meghan become president."

Reply
Upvote
It is, thankfully, just pure speculation that Meghan Markle will run for the American Presidency in the future. I can imagine that she believes she would be an ideal candidate, that she believes the “world” needs her + deserves her. Of course Prince Harry would be more than happy + willing to support this endeavour as he seems to have become a former shadow of himself since he first stepped out with her. He seems to be in her shadow all the time. I am not an American so I don’t have a full grasp on how the political scene runs, but what I find bizarre, is the number of celebrities who seem to run for office, as either a Senator or Councilman, or indeed a President. Ronald Reagan, Trump, even Schwartzneggar tried a political career at one stage, etc... To me, a person who chooses to go into politics should at least have studied political science at Uni, have worked their way up from local office etc, as opposed to being a musician, an actor, a reality tv star, a former Ironman or Weightlifter Champion or heaven help us, an ex-D class cable tv actor who married up into Royalty for global recognition + only lasted as a Senior Working Royal for 2 years. Only time will tell for whether Meghan does decide to run for office + then it’s up to the people of America to decide if she truly is the most appropriate person for the role - if yes, I hope it’s not simply because she married a Prince.
cat 5 months ago

Reply
Upvote
2 upvotes
This story cane straight from the UK tabloids. She’s not planning a political career, they literally already had one. And who doesn’t want Americans to vote?? She’s a Black woman, it’s not exactly breaking news that she thinks booting Trump out is important.
I didn’t realise that reposting a sign on Instagram means you’re nominating yourself to lead a country.
guest2 5 months ago