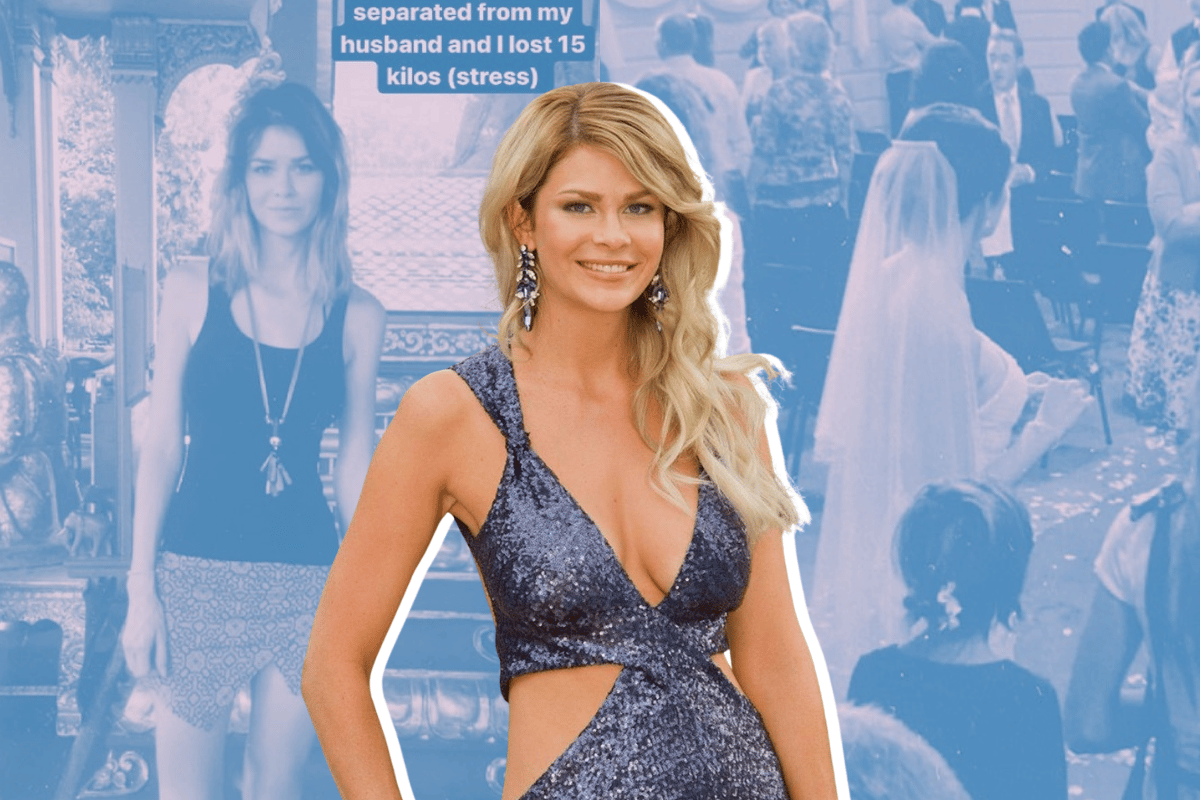 The 32-year-old, who appeared on both The Bachelor and Bachelor in Paradise, spent her early years growing up in a religious 'cult'.

"We didn't watch TV, [there was] no alcohol and church every day," she shared on The Kyle and Jackie O Show in 2016.

During the interview, Megan explained that she prefers not to use the word 'cult' and instead describes it as a "community"... which would also perform exorcisms.

"In exorcisms the preacher would put his hand on your head and speak in tongue to get the demons out," she told the radio hosts.

After turning 18, Megan walked down the aisle to her now ex-husband, who she had been dating since she was 14.

However, her wedding day wasn't exactly the stuff of fairy tales.

"It was the worst day of my life," she told Woman's Day.

"The preacher was screaming at everyone how they were all going to hell."

Her wedding night wasn't much better.

Due to her sheltered adolescence, Megan told Kyle and Jackie O that it was "probably the most hilarious night of my life".

"Just like the awkward kiss but with other stuff".

The former reality star recently gave us a rare glimpse of her wedding (and life inside the 'community'), in a series of posts on her Instagram stories.

"A reminder of how I alone I felt on my wedding day," she captioned one of the photos, which was re-shared by the So Dramatic! podcast.

"My dress was deemed inappropriate," she added.

She also shared a photo of herself in 2014, after she had split from her husband.

"I had separated from my husband and I lost 15 kilos (stress)," she captioned the post.

Looking back on her marriage, Megan said she and her ex had a "good relationship".

"There are no regrets," she told previously OK! Magazine.

"We were very young and lost in love, but I’ve come out knowing more of what I want."

Meanwhile, Megan's stepfather, Ross Upchurch, who supported her Bachelor journey, told the Daily Mail that the marriage might have been too soon.

"She was 18 when she married. I would have liked her to wait a little longer, but they seemed like a good match at the time."

He went on to say that the pair "were together for about six or seven years" and denied claims that it was an arranged marriage.

Eventually, Megan made the difficult decision to leave the 'community' and venture off into the 'real world'.

"It was difficult to leave the 'community' but I had thought about it for a while. Having my first drink, wearing a bikini was hard," she told Kyle and Jackie O.

She also shared that she made up for her conservative upbringing in the years since by having "LOTS of sex" and "naked twerking sessions".

Megan's time on The Bachelor and Bachelor in Paradise.

In 2016, Megan signed up to find love on Richie Strahan's season of The Bachelor.

But while Megan didn't end up walking away with the Bachelor himself, she did find a connection fellow contestant Tiffany Scanlon.

The pair dated for less than a year before splitting in March 2017.

"When you first meet someone, you show all of your best self to that person. On the outside we both liked adventure and were ‘yes’ people to new things. Basically, we just ended up really not liking each other as human beings. It was just a disaster," she told the So Dramatic! podcast.

This time it was Jake Ellis, who appeared on Georgia Love's season of The Bachelorette.

The pair first started dating on the first season of Bachelor in Paradise and went on to have very on-again and off-again relationship.

Jake even confessed his feelings for her when he returned (and then spontaneously exited) Paradise last year.

"I did find love [in Paradise] and if this experience has taught me anything, I'm still in love," Jake unexpectedly told his castmates at the time.

"I think I'm going to make the decision to not take someone's rose. I'm gonna take a chance and go fight for what I love. I'm still in love with Megan," he said as we walked out of the rose ceremony.

Months later the pair seemed to confirm they were back together. However, it wasn't to be.

Megan has now moved on with her boyfriend Keith Newman, who she recently shared a photo with on Instagram.

"Mr Newman... My favourite person," she captioned the post.