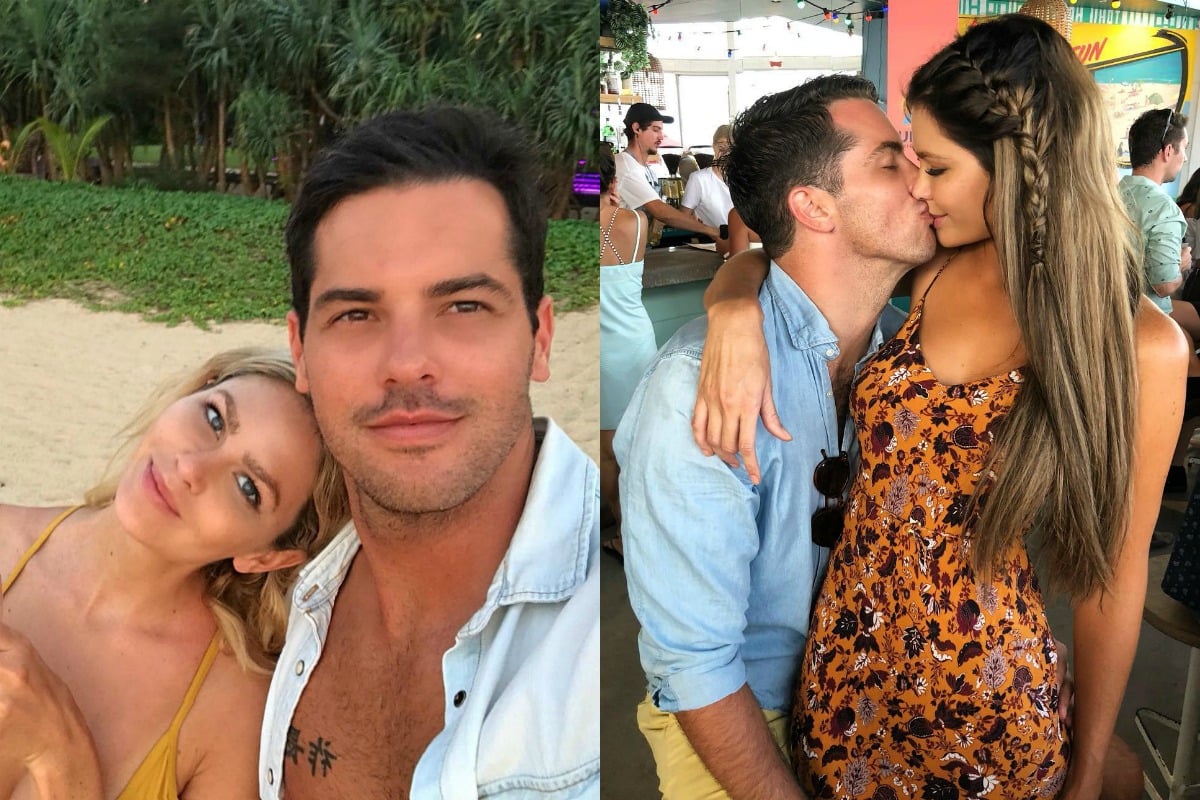 He's one of the contestants looking for love on this season of Bachelor in Paradise. But rumours are circulating that Jake Ellis could very well be back together with his ex-girlfriend, Megan Marx.

The pair soon hit it off and continued to date after the show in what became a very on-again and off-again relationship.

Watch the trailer for the latest season of Bachelor in Paradise. Post continues below.

Here's a look back at their relationship history.

Jake and Megan's relationship on Bachelor in Paradise.

Jake and Megan first started dating on Bachelor in Paradise two years ago. But the pair actually first met at an event prior to that, while Megan was still dating fellow Bachie contestant Tiffany Scanlon.

Megan arrived on the show as an early intruder and quickly caught the eye of Jake.

"When Megan arrived in paradise, there was an instant attraction," the 32-year-old told TV WEEK in 2018.

After getting into a love triangle with Florence Moerenhout, Megan and Jake eventually decided to leave paradise together.

"Yes, we survived this amazing paradise together side by side... but it’s now time to face the real world and if we could be together outside of this bubble," Jake wrote on Instagram at the time.

"I want what’s best for us, but I guess we need to figure out what that would be."

Their relationship after the show.

The pair continued to date after paradise, with Jake confirming him and Megan were still together by sharing a photo of them kissing on Instagram.

"We did things our way, and this photo says it all.. Could not be happier or more in love with you!" Jake captioned the post.

Jake later told Who Magazine that him and Megan were taking their relationship slow.

"We want to do it right because we obviously do see that there’s something really there with us and we just want to make sure we don’t stuff it up I guess," he told the publication.

But then August rolled around, and the pair announced their split, just three months after the Bachelor in Paradise finale.

"This is the post that I thought and hoped I would never ever have to write. Megan and I are sadly taking a break from our relationship together and words will never express the heartbreak I’m feeling right now," Jake wrote in an Instagram post.

"No matter what you believe, our relationship was as real and beautiful as they come, I love her wholeheartedly. Megan is and always will be the best part of me, the most beautiful and intelligent woman I’ve ever had the privilege of loving, my best friend," he continued.

"I wish with all of my heart that this wasn’t happening right now but the only thing I can hope for is that one day soon we will rekindle our special love and come back together stronger than ever before – but unfortunately that time is just not right now. I will always hold that hope."

Megan also shared a message about the breakup on her Instagram, saying Jake was "easily the biggest-hearted man I've ever met".

"I'd be lying if I said this breakup has been anything but destroying," she wrote.

But their break up didn't last very long because by November 2018, the couple announced they were back together.

Megan shared on Instagram that she received a romantic surprise when she came back from a two-month trip to Bali.

"I came home nearly two months later to my apartment filled with roses, fairy lights, a home-cooked meal, a playlist of all my favourite music and, a love letter. I'm not saying that I didn't have some reasons to run, because relationships aren't perfect, but I am saying that I found someone that took responsibility, fought relentlessly for me, and has taken time to know me, and love me," she wrote.

"I said in paradise that I couldn't imagine my life without you [Jake] and that hasn't changed. You're my best friend and my home."

Alas, the pair called it quits less than a year later in March 2019.

An Instagram follower asked Megan if her and Jake had broken up, to which she replied "yes".

She later confirmed to the Daily Mail that their relationship was well and truly over.

"It's done. It's over... I've had a rough couple of weeks. You know, pretty heartbroken, pretty sad," she told the publication last year.

"He was so confident that we were meant to be and he fought really hard for it and there were things in our relationship that I wasn't happy with and he said that he would change and give it another go. I felt like I owed it to him, to the relationship and to myself to try again."

The rumour they are back together.

Over a year after their breakup, Jake and Megan are rumoured to be back together.

On Saturday night, Jake was photographed at Megan's birthday party in Queensland. While Jake didn't post any photos of him attending the party, he was tagged in a photo by fellow Bachelor In Paradise contestant Niranga Amarasinghe.

"Heart of gold this bloke," Niranga wrote in a photo of him and Jake.

After sharing the image to his Instagram stories, Niranga later posted another photo of himself and Megan at what appears to be the same event. 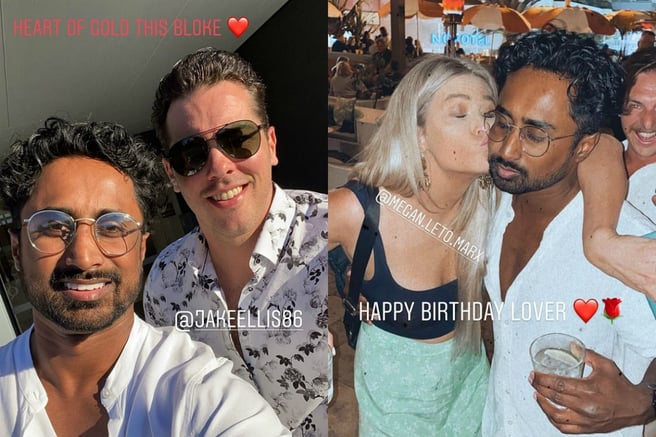 And that's not the only time they were seen together.

Jake and Megan met up to watch the new season of Bachelor in Paradise together with friends last week.

As reported by the Daily Mail, Megan shared an Instagram video (pictured left) of her friends watching the show in a lounge room. Jake was also pictured in the same lounge room in a post he was tagged in by a friend (pictured right). 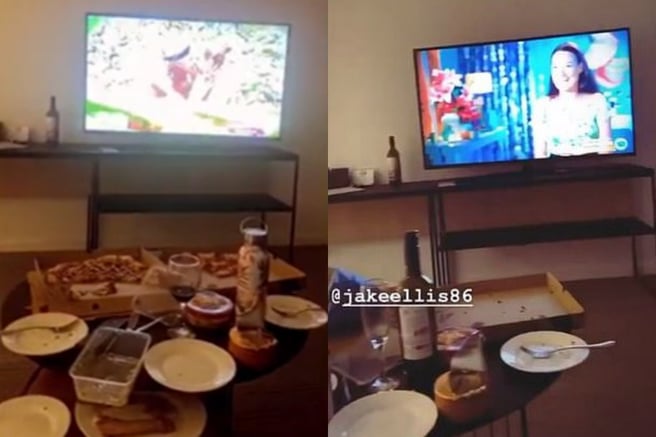 Interestingly, the pair were also seen together on the Gold Coast in May this year, in pictures obtained by the Daily Mail.