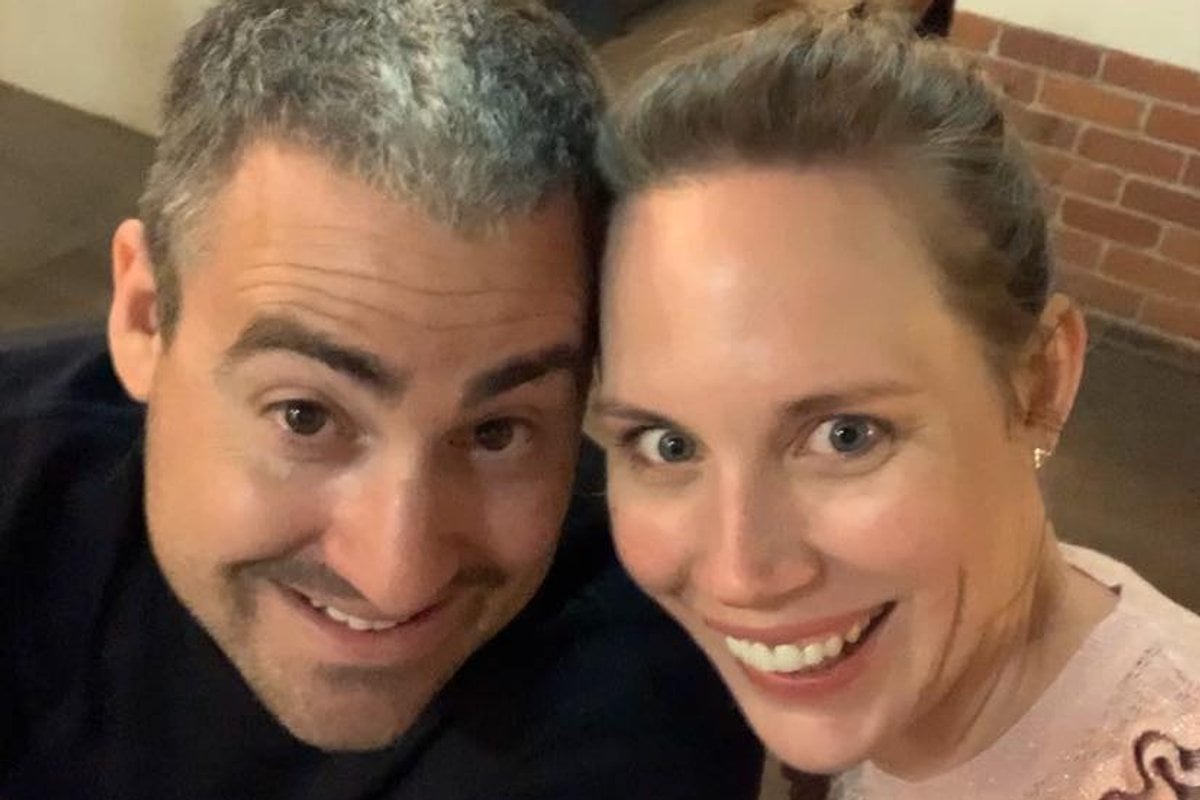 My husband had an affair, and our marriage is better than ever. Read that again. Hard to make sense of it, I know. I really know. And the fact that our marriage is thriving is a real shock to me. I’m off-script. This is not how it goes, and yet, here I am.

I learnt the story of love from the time my hair was long enough to be scraped into a perfectly parted side pony. I grew up in the '80s. Yes, I am now guilty of wearing skinny jeans and parting my hair to the side. I also overuse the cry-laugh emoji.

In the '80s on the big box of a TV screen in the lounge room, I had the Disney princess movies playing through the VCR on heavy rotation. There was always a girl. Usually with a tiara. And always a guy. Usually with a sword.

She could never solve any of the distressing problems on her own. He always rescued her. They always fell in love and lived happily ever after. The end.

As a teenager, I inhaled romantic comedies. Insert the same stereotype Disney plots but with a bit more sexual innuendo, and very attractive straight white people and the same perfectly happy ending.

And then came more girl power. Women standing up for themselves. Having huge and very successful careers. Perms. And shoulder pads. And the power stance. Throwing up the middle finger to the expectation of being at home, chained to the sink, barefoot and pregnant. And with that flipping of the bird came the superpower of divorce. The perfect prescription for a stinking, slimy, dirty cheating husband was kick him to the curb and slam the door loudly as he landed on the concrete.

That’s the story I know, off by heart. So now here I am, 10 years a wife. And there has been infidelity in our marriage. When I found out about it, it was a relief. I had spent the months leading up to the discovery feeling like a bottle of milk that gets left in the car on a hot summer’s day. Curdled.

I was losing sleep. Nervous. And oh the brain fog. And chest pain. I had even been to the doctor and had blood tests to try to get to the root cause. Which Google had led me to believe was either brain cancer or early-onset Alzheimer’s.

So, when the lie was exposed, my shoulders dropped, I relaxed. That curdled milk feeling was not a medical condition, it was my intuition.

There was a part of me in my gut that knew this man that I had married was genuinely a good person. That throwing away a decade of us, and a blended family, our home, and everything we had built over a mistake was not the best course of action. We talked. We had the kind of conversations that pulled our hearts out of our chests and into each other’s hands. And we had the kind of mind-blowing sex that people usually only have in the early throes of love or passion.

There was therapy too. DISC profiles. Love Languages. And another wedding. A wedding celebrant and the two of us. On a beach in the middle of nowhere. Fittingly trying to renew our vows while escaping thunderstorms and heavy rain. A little reminder from nature that nothing is perfect.

The hardest part has not been the repairing of the marriage. Our marriage is miraculous. Wonderful. And yet I balance that with an overwhelming feeling of worthlessness.

I have insecure thoughts rise up with the speed and veracity of a flash flood. And have the capability of leaving me in a shattered heap on the bathroom floor. But I am working through what my therapist has labelled as grief. I have yoga. And meditation. And writing.

What I don’t have is the smug support of society. There is no invisible collective cheer when you share that there has been infidelity coupled with reconciliation. No divorce party with sashes and swearing and a wine tour and a reckless one-night stand with a stranger. This grief I carry, of losing my marriage, and starting fresh is one that is not acknowledged by society. It’s disenfranchised. It’s awkward.

People want to know how you are, but they don’t want to be intrusive. So they don’t ask. And though I can happily say how beautiful it is, admitting the truth about the brutal brain space I occupy on the bathroom floor feels dangerous. There is no well-worn path to this.

The stories I know about infidelity finish with a fist-pumping divorce. There is nothing out there about affair repair, as if the affairs themselves are contagious. There is nothing to say that yes, they can destroy marriages, but they can also make them. My marriage is better than ever, but I am not. And I blame Disney.

Tarrin Lenard is a Zimbabwean immigrant who loves gin but drinks tea, teaches yoga and writes words. And not that it should matter but who has also birthed four humans. And been married. Twice. You can find more from Tarrin at her Facebook and Instagram.

Reply
Upvote
I had an affair. I am female. Therefore according to society, I am evil / wrong / awful etc.
The thing is my affair was all about me and nothing to do with my husband. There was nothing he "lacked" and I didn't want to end the marriage. It's just that after 20 years, there is less sexual chemistry and more "why didn't you take out the bin- again?"
I was a working mother of 2 small kids, caring for my elderly sick parents, looking after my young high-needs children, and supporting my husband, who has anxiety and depression. I was DRAINED. Then came along someone who made me feel sexy, valuable, adored. It was intoxicating.
The advice people spew online - "just leave if you're not happy, don't cheat!" - well, life is not always that simple? I didn't want to break up my family. I just wanted some excitement in my life.
My affair ended. I'm still with my husband. That grizzly, difficult time of life has passed; kids are older, parents are healthier, his depression is better. Our marriage has never been better. I'll never tell him about the affair - it goes with me to my grave!
J
jenhawk1094 10 months ago

Reply
Upvote
I had an emotional affair several years. Our marriage is better than ever. I feel worthy. Loved. 'complete'.
My husband, also, feels these things.
It was dammed hard during that time for both of us, in hindsight, I can see my behaviour was one of both guilt at doing the wrong thing and excitement at the hold this stranger had over me. I was all over the place, and my husband was in despair watching me fall in love with another man. All online. While he went to all the lengths to prove his love and what we had, I kept pushing him away.
For me too, it was a relief when it all came out. We spent several years - no therapy - and worked it out. We are better than ever. We got to the bottom of all the things that added up over the years, leading to this moment. There were things that both of us had a hand in. Actions and comments that we both did and didn't do. Having the tools but not knowing how to use them. Knowing what you want but no tool to show you how. For the most part we've figured out, very few people have an affair because they are a dick. There is always underlying issues that need to be addressed. If they aren't then these behaviours will keep happening - to both people. You have to really dig deep and expose your soul, raw and uncovered, to either know the signs of it happening or to steer clear of the triggers.
I also agree with Maya, if he still makes you feel worthless and insecure, then all is not rosy. Or are you consumed by some guilt you're unaware of, the feeling of worthlessness that you had while he was with someone else....?
News
General
Opinion
True Crime
Politics
Sport
Explainer
Entertainment
Celebrity
Reality TV
Movies
TV
Books
Rogue
Royal
Lifestyle
Beauty
Fashion
Weddings
Home
Wellness
Health
Fitness
Travel
Food
Parents
Before The Bump
Pregnancy
Baby
Kids
Teens
School
Parent Opinion
Work & Money
Money
Finance
Career
Lady Startup
Relationships
Sex
Dating
Separation
Friendship
Family
Real Life
Couples