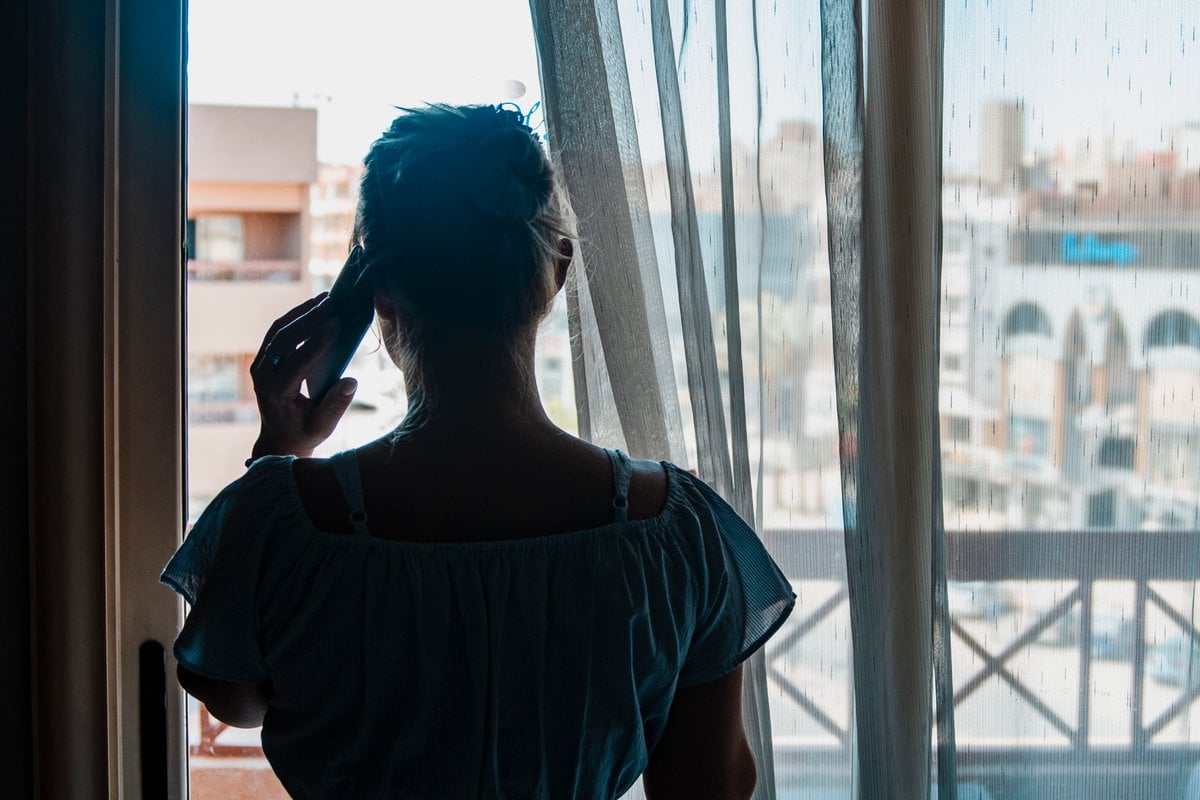 Sam and I met through mutual friends when we were 16 years old. There was an instant attraction between us but we were so young. We shared a couple of innocent kisses and left it at that for another seven years.

At 24, we ran into each other again at a bar where we were both drinking with the same mutual friends from years before. This time, we were ready for something more to happen. We started dating then and there.

Three years later, we were married. Then kids came along. Three little girls.

After renting for years in Adelaide, we finally moved into our beautifully renovated Edwardian house after 16 years together and 13 of those married as husband and wife. Life was good. I was so happy.

He was always stressed about money. The house had cost us so much and the renovation was expensive.

On top of this, Sam wanted more one-on-one time with me. More sex. More connection.

I was at the end of a decade as a stay-at-home wife and mother. I was constantly exhausted and always put the children’s needs first. And then mine next. Sam came last. All the time.

Where else was there for him to be? I told him it was temporary. That babies and toddlers didn’t stay that way forever. Soon they would be off to school and we would get our lives back. Sam seemed to accept my philosophical take on things but he was still hurting inside. Nothing had been intentional from my part but he felt neglected. He felt ignored.

Late 2019, Sam started coming home later than usual. Which meant 11pm or later instead of his usual 8pm or 9pm. He also seemed disinterested in what I had to say and no longer looked at me square in the eyes.

He took every opportunity to go out without me on the weekends. He started mentioned a new friend. A young girl named Marley who was a nurse at the hospital where he worked as a doctor. Cliché.

The ‘friend’ line was taken until mid 2020 when I found a text message that blew the ruse wide open and he finally admitted he was having an affair.

I was shocked and hurt, despite the warning signs. He promised he’d stop. He assured me he was sorry and that he desperately wanted our marriage to work.

I made him promise he would stop all contact with Marley and that he would speak to the nurse coordinator so that they wouldn’t be working together anymore.

Two months later, 6am on a Monday morning, another text message on Sam’s phone from her. “Good morning, handsome”. Once Sam saw that I had read the message, he said “I’m leaving”. He packed his things and left.

He spent the following month berating me for my failings as a wife. As a mother. As a person. It was all my fault that he was doing this. Yes, he was still seeing Marley. He was confused.

I took everything he said to heart and became depressed. I blamed myself for the affair. If only I hadn’t been so tired. So strung out with the kids. If only we’d had family in Adelaide who could have helped so we could have had more time together along the way.

Once I’d apologised ad nauseam for my failings as a wife, Sam’s mood improved remarkably.

He said he didn’t care about Marley. He wasn’t going to see her anymore. We planned for Sam to spend the weekend at home with me and the kids. It was a step towards trust and him moving back in.

The Friday before the weekend in question, I sent him a text message to ask if he was still in contact with Marley.

I wanted to check that he had actually severed ties with her this time before he came to play ‘happy families’ on the weekend with us. He became quite aggressive via text, whilst admitting that they still were in phone contact as friends.

I asked him to remove her from his phone or otherwise I wouldn’t be willing to give ‘us’ another chance at all. Sam replied that it was ‘done’ and I wasn’t to ask any further questions regarding her at all.

That night, the kids and I had pizza and watched a show.

I waited until 11pm then had a shower. I wasn’t tired at all, just worried. I decided to drive across town to where Sam was staying in a unit that we owned together. I texted my night owl friend from around the corner who agreed to come and stay with the kids.

I wasn’t surprised with what I found when I got to Sam’s house.

He’d previously told me what car Marley drove, so I knew as soon as I saw her Mazda 2 parked out the front. I could have left it at that and gone home but I didn’t.

I think I had to see it with my own eyes to accept what was happening.

I unlatched the gate and put my key into the front door to turn the lock. Suddenly, Sam pulled the door open and closed again behind him.

He stepped out onto the porch, naked and said, “Hi darling”. I said nothing, but pushed the door again. It opened directly onto his bed.

Marley, of course, was lying there, also naked. She squinted towards me because of the bright light then hid herself under the covers. I walked off, unable to believe my eyes, to my car, into the night.

The following night, after no contact, Sam texts me: “She is an idiot. She cheated on me.”

Now, this came from left field. Apparently, after I left, the pair had fought over the fact that he and I were clearly still together.

He had told her that we weren’t together at any stage during their affair. So he was lying to both of us. In the fallout, he accused her of cheating on him also, which she admitted. What a perfect match.

Of course, Sam’s ego couldn’t take Marley’s infidelity towards him despite his own appalling lies.

He cut her adrift and decided to concentrate on winning me back, full time. He promised the beach houses. Luxury cars. Art. Jewellery. Holidays. The works.

For months, I held him at bay. I felt so angry. So hurt. So used. But in the end, four months down the track from that fateful night now. The pain has dulled down. The shock has worn off.

I am alone with three gorgeous little girls who want their daddy back at home. I also miss him dearly.

He has been my best friend for so damn long.

So this is why I am going to give Sam another chance.

I know that his ego won’t allow him to rekindle his affair with Marley now that she’s the one who cheated on him.

That issue is taken care of. He may find someone else but I don’t think so. I feel like I have to take that chance.

Because there’s a chance that we can be a happy family. It may be far-fetched but I think we’ve both learnt a lot through this process. I need to cross my fingers and hope for the best.

Reply
Upvote
Sweetheart, he definitely has NOT been your best friend. I hope things work out for you the way you want but this man has betrayed you over and over again. Leopards rarely change their spots.
K
kiol23 a year ago

Reply
Upvote
3 upvotes
If it won’t be Marley it will be someone else, trust and believe. I hope that you will find it in your heart one day to treat yourself with grace and see yourself as someone who deserves so much better. It’s not the worst thing in the world to try to salvage your marriage but the biggest red flag I saw in your story is that you blame yourself. You might have contributed to the demise of your marriage but you don’t have control over his behavior. He lacked the tools that he needed to address and communicate the issues in your marriage, in a way that would have been therapeutic for both of you. No one is perfect and the infidelity is not the biggest issue for me-it’s the way he disrespected and manipulated you
Resources
Very Peri
Skin
News
General
Opinion
True Crime
Politics
Sport
Explainer
Entertainment
Celebrity
Reality TV
Movies
TV
Books
Rogue
Royal
Lifestyle
Beauty
Fashion
Weddings
Home
Wellness
Health
Fitness
Travel
Food
Family
Before The Bump
Pregnancy
Baby
Kids
Teens
School
Parent Opinion
Work & Money
Money
Finance
Career
Lady Startup