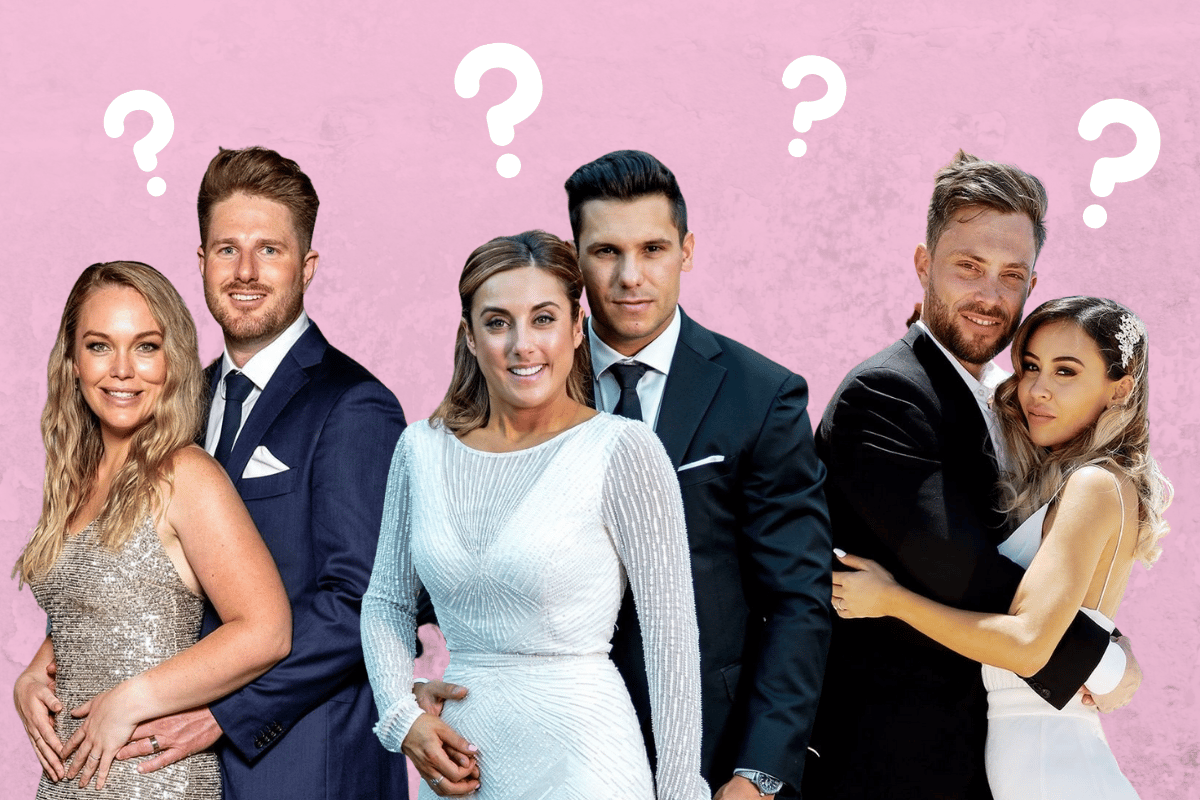 Despite the show's absolutely shocking success rate, every damn season of Married At First Sight gives us just enough hope that maybe, potentially, (unlikely) but perhaps, some of the couples make it and actually stay married.

...and we have good reason: Like one couple has actually gone the distance and had a baby and everything.

However, when the 2021 brides and grooms rocked up in their dubiously matched couples, we were concerned.

Watch the trailer for Married At First Sight. Post continues below.

This week, we watched the remaining six couples choose to either stay or leave at the final vows.

And while most decided to stick it out (for the time being at least), Georgia and Liam chose to call it quits after a last-minute change of heart. We're talking super last minute.

But have the other couples actually lasted outside of the show?

Here's everything we know about which couples are still together today and which have run for the hills.

Are MAFS Melissa and Bryce still together? - Yes *sigh*

On Monday night, we held our breath to see if Melissa would walk away from Bryce at the final vows.

"I think my decision is going to shock everybody," she said as she entered the venue.

"I need to be completely and brutally honest with you," she told Bryce. "The rumour of someone waiting outside of the experiment for you has plagued our relationship, and with accusations by not one but two people, I had to question what was true. It was nothing short of devastating."

"But despite the rumour, the conflict and everyone's opinion, I know deep down in my heart that I have never felt this way. I can absolutely say with certainty that I am in love with you."

And we're sorry, but this was the exact opposite of shocking.

The pair later shared statements on Instagram to confirm they are still very much together.

"My heart is full. I love this man so much and we truly make each other happy every single day. While it might be hard for some to believe, it is my decision, my life and my choice. And I choose him," wrote Melissa.

"He is my partner, my lover and the man that I have fallen head over heels for. Our love story is what I asked for; an all consuming and unconditional love. And I have found that with Bryce."

Bryce also shared a post, writing: "We know people don’t agree with how our relationship appears to be from the outside. We have proven you can be happy with someone when others negatively judge our relationship from afar without knowing the home truths. People are always going to have opinions as we do in our own relationship. In the end, @mafs shows everyone that love silences all."

Are MAFS Alana and Jason and still together? - Probably not.

Alana and Jason's final vows were a bloody rollercoaster.

After initially choosing to leave, Alana changed her mind on the spot and decided to give things another crack with Jason.

"We have some huge issues to work through, but Jason... I'm willing to do the work if you are," said Alana.

But did the decision pay off? Sadly, it doesn't look like it.

At first, Alana hinted that they were still together when asked about her and Jason during a radio interview back in February.

The So Dramatic! podcast also shared a photo of Alana and Jason holding hands during a date on the Gold Coast last month.

However, it now seems the couple have called it quits.

A source told the podcast that Jason dumped Alana over text.

Jason is also rumoured to be dating another MAFS contestant, Tamara Joy from season six.

Are MAFS Patrick and Belinda still together? - Yes (we're 99 percent sure).

Unsurprisingly, Patrick and Belinda both decided to stay at the final vows.

"So Patrick, I want you to know that… I'm falling in love with you. Coming into this experiment, I never had a boyfriend before, but now I'm walking away with a husband, a lifelong partner, and, finally, love," said Belinda.

Patrick also dropped the L-bomb saying, "I can't wait to grow old with you. I can't imagine my life without you. And today I can finally tell you Bel, that I am in love with you."

The pair haven't made any official announcements about their relationship, but there's a boatload of evidence that suggests they're still going strong.

Just this month, Belinda gave a very telling answer when she was asked by Who magazine why she applied for the show.

"I don’t want to hit my 30s and still be single! I decided to apply on my sister’s wedding day. I was her bridesmaid, and I realised I didn’t want to get left behind," she responded, before saying "it's going really well with Patrick so far".

Fans of the show have also spotted them and about together in public.

The Wash even received a message from a fan who saw them "looking loved up" in Melbourne.

"Not sure if this is actually news or not, but Patrick and Belinda (MAFS) still together. They were out on Brunswick street tonight looking loved up and talking to fans," the message read.

The Daily Mail have also obtained photographs of the pair arriving at the reunion dinner party in matching floral outfits. And if that doesn't scream COUPLE we don't know what does.

Are MAFS Jake and Beck still together? Nope.

Yep, another MAFS couple seems to have bitten the dust.

While Jake and Beck decided to stay together at the final vows, it seems their relationship didn't last too long on the outside.

Last month, Sophie shared a photo of her cuddled up to a man's arm, which people have identified as Jake's thanks to the tattoo and green shirt (which he was spotted wearing while filming MAFS last year). 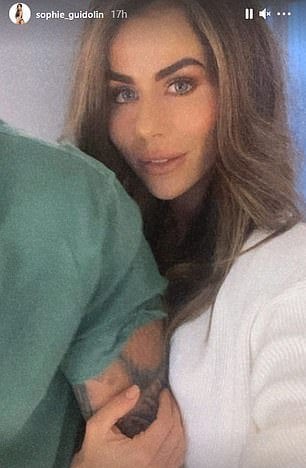 She also confirmed she was taken in an Instagram story that same day.

The next day, Sophie shared a video of Jake (in the flesh) and captioned it "birthday swims".

The pair were also photographed together by The Wash last month.

And in more evidence, the Daily Mail have obtained a video of Jake sharing a three-way kiss with fellow brides Booka Nile and Beth Moore during a New Year's Eve party in Perth.

The publication claims that Beck wasn't too happy when she saw the video on Beth's Instagram Stories, even though her and Jake had supposedly broken up by then.

So yeah, we're going to go out on a limb here and say Jake and Beck are no longer together.

Kerry and Johnny had us feeling all the feels when they said they were falling in love with eachother at the final vows.

"Kerry, I have never met somebody like you, and I am falling in love with you, and I wholeheartedly want to continue this crazy journey with you," said Johnny.

And thankfully it looks like these two lovebirds are still together.

After the episode, Johnny posted a photo of the couple on Instagram writing, "She is strong, she is fierce, she is radiant and I am so proud to stand by her side."

Kerry also posted a photo of her and Johnny on Instagram with the caption #jerryforlife.

The Daily Mail also captured photos of the pair arriving hand in hand at the reunion dinner party.