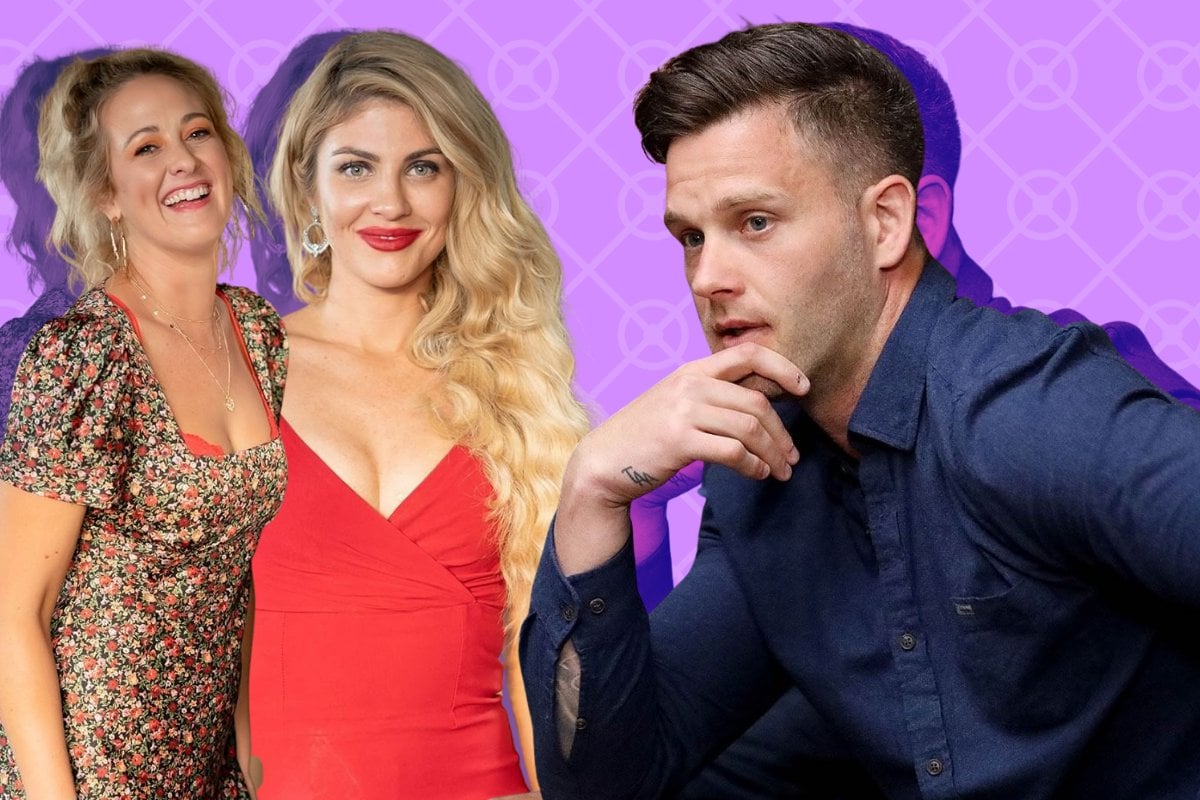 1. A feud has erupted after a MAFS groom was caught kissing two other MAFS brides in one night.

Uh, it looks like we can rule out three couples from surviving beyond the end of the experiment now?

Footage of Married at First Sight groom, Jake Edwards having a drunken pash with Booka Nile on New Year's Eve has emerged, and that's not even all the MAFS women he shared a kiss with that night.

According to the So Dramatic! podcast, Jake, Booka, and Beth Moore spent the night exchanging kisses and it caused quite the stir with other cast members, unsurprisingly.

“Jake also kissed Beth that night, and then Booka and Beth kissed…It was a friendly kiss but apparently they locked lips for a few seconds more than everyone did,” a source told Megan.

The drama came when Beth shared the footage of Jake and Booka to her Instagram story, and Jake's former wife (the pair reportedly split in November last year), was "pissed off" to see the pair kissing.

"Beck was pissed off at Jake more than anything for disrespecting her in front of her friends," a source said to the Daily Mail.

Lucky for us, the three-way kiss will come up in the show's reunion episode, so get excited for the end of the season.

Speaking of MAFS... Have a listen to The Spill, where hosts Laura Brodnik and Kee Reece discuss the most dangerous moment in Married At First Sight. Post continues after podcast.

2. Bryce’s yearbook photos have surfaced, and turns out he went to school with another MAFS groom.

So, Bryce Ruthven's high school yearbook photos were dug up this week, and it turns out he went to school with fellow MAFS alum, Ivan Sarakula.

Instagram account, @MAFSmemesAU shared a picture of the pair, side-by-side in the yearbook and sporting the same spiky hair style, and it's simply too good not to share.

As Ivan commented, "How hectic is this tho. Not only same year and same book, but also next to each other in order. You can’t predict this s**t hey. Funny how the world works," and so true.

It's quite refreshing to see Bryce in this light...

3. Chris Hemsworth is officially moving to Sydney and we're ALL VERY EXCITED.

First we were graced with Hamish Blake and Zoë Foster-Blake and now Chris Hemsworth and Elsa Pataky have moved to Sydney. We have never felt more blessed.

In an interview with The Sydney Morning Herald over the weekend, Pataky opened up about the couple's decision to leave their Byron Bay lifestyle behind and move to Sydney.

"We are loving being in the city and the kids will go to school here," she told the publication.

"I can’t dress down as much as I do in Byron Bay, [but] we hope to get back there on the weekends."

But before we get too excited, the move is only temporary while Pataky films Netflix's Interceptor and Hemsworth shoots Thor: Love and Thunder.

The couple and their kids - India Rose, eight, and six-year-old twins Sasha and Tristan - originally moved from Los Angeles to Byron Bay back in 2014.

"Byron has been beautiful," said Pataky.

"We made the right decision in 2014 to leave LA and come to Australia - it’s been great for the kids to be in nature, enjoy animals and go horse riding."

4. Is MAFS ‘expert’ Mel quitting the show to head up the Married At First Sight UK spin off?

Rumours are swirling that expert Melanie Schilling could be leaving Married At First Sight.

According to New Idea, Mel is apparently planning to quit the experiment after she announced she's going to appear on the UK version of the show.

"Mel has a passion for relationships and helping people transform but MAFS isn't exactly pushing those buttons anymore," an inside source supposedly told the publication.

"She is now looking at opportunities and projects where there is a stronger focus on personal development."

However, sources have told the Daily Mail that Mel will be back from the UK to film the show before next year.

She also reassured fans in an Instagram post that she's not leaving John Aiken and Alessandra Rampolla alone on the couch.

"I am so excited to be joining the super-sized *UK version* of our much-loved Married At First Sight. Being a part of the Australian experiment for seven seasons has taught me so much about love, marriage, relationships (and conflict) and I can't wait to share my advice and insight with you all," she wrote on Instagram.

"But don't worry - I'm not leaving @MAFS Australia - this is where it all began for me and I couldn't be more committed to continuing the journey with @johnaikenlive and @alessarampolla."

5. A controversial apology and concerning allegations: Why everyone's talking about David Dobrik.

This contains mentions of sexual assault and may be triggering to some readers.

With 18 million subscribers and an estimated net worth of $US15.5 million, David Dobrik is one of the most successful YouTubers in the world.

He recently gave away five Tesla cars to his Instagram followers, and even more recently bought a $9.5 million house in Los Angeles, which has its own Hawaiian Punch drinking fountain.

In a report about YouTube's highest paid stars last year, Forbes stated: "Dobrik has done just about anything to make his audience laugh."

Evidently, the 24-year-old is known for pushing the boundaries. But his comedic content is now being re-evaluated in light of disturbing sexual assault allegations that centre around his 'Vlog Squad' – a group of content creators who are associated with Dobrik.

On March 16, Insider published an investigative story, titled: "A woman featured on YouTube star David Dobrik's channel says she was raped by a Vlog Squad member in 2018 the night they filmed a video about group sex."

The video, which was deleted after it received five million views, was titled: "SHE SHOULD NOT HAVE PLAYED WITH FIRE!!" 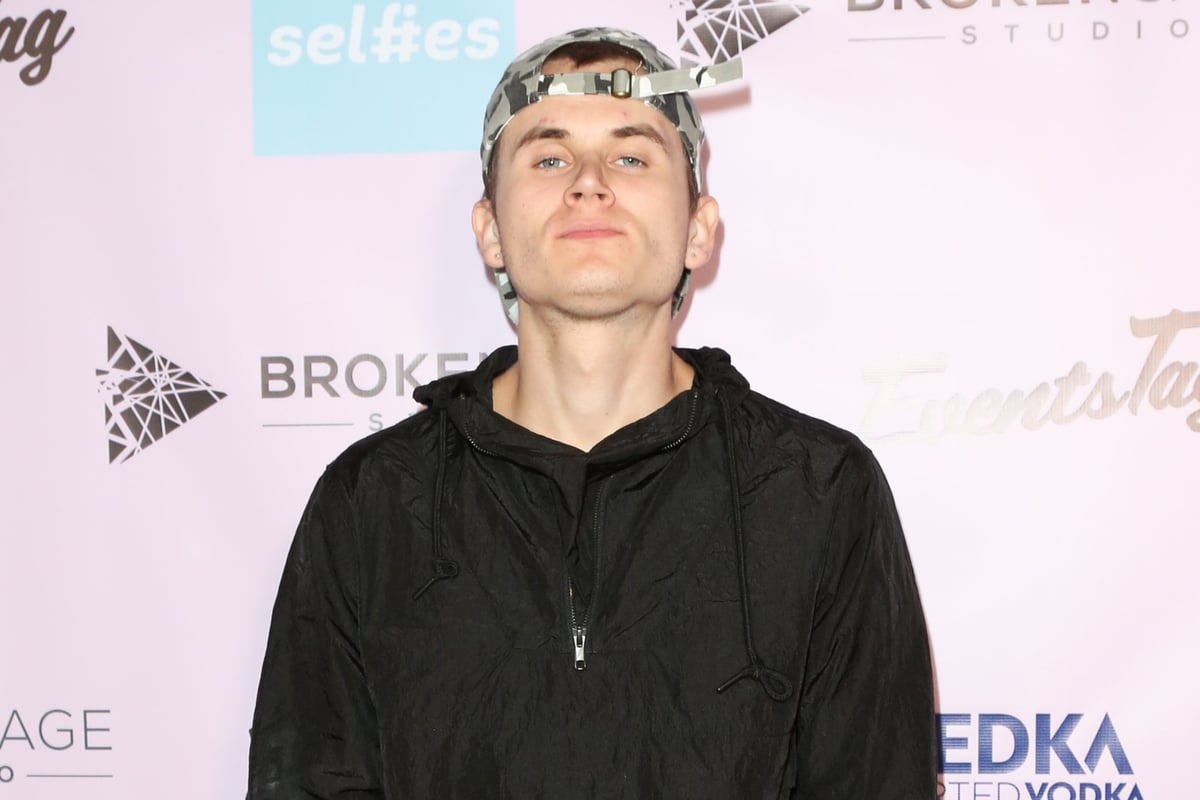 The woman, who used the pseudonym Hannah while speaking to Insider, alleged that Vlog Squad member Dom Zeglaitis, also known as Durte Dom, raped her while she was incapacitated by alcohol.

She also claimed that members of the Vlog Squad supplied alcohol to her and her friends, as they were under the legal drinking age at the time.

In Dobrik's video, which has since been removed, Dobrik filmed two women entering a room with Zeglaitis, before one friend asked: "We just need to get in there to get a head count for the vlog."

"We’re going to jail," Dobrik said at the end of the video.

Speaking to Insider, Hannah claimed that the video’s portrayal of the sex as consensual is inaccurate.

The New York Times, among other publications, have since reported and corroborated Hannah's allegations against the Vlog Squad.

Want to read more? You can find the full article here.