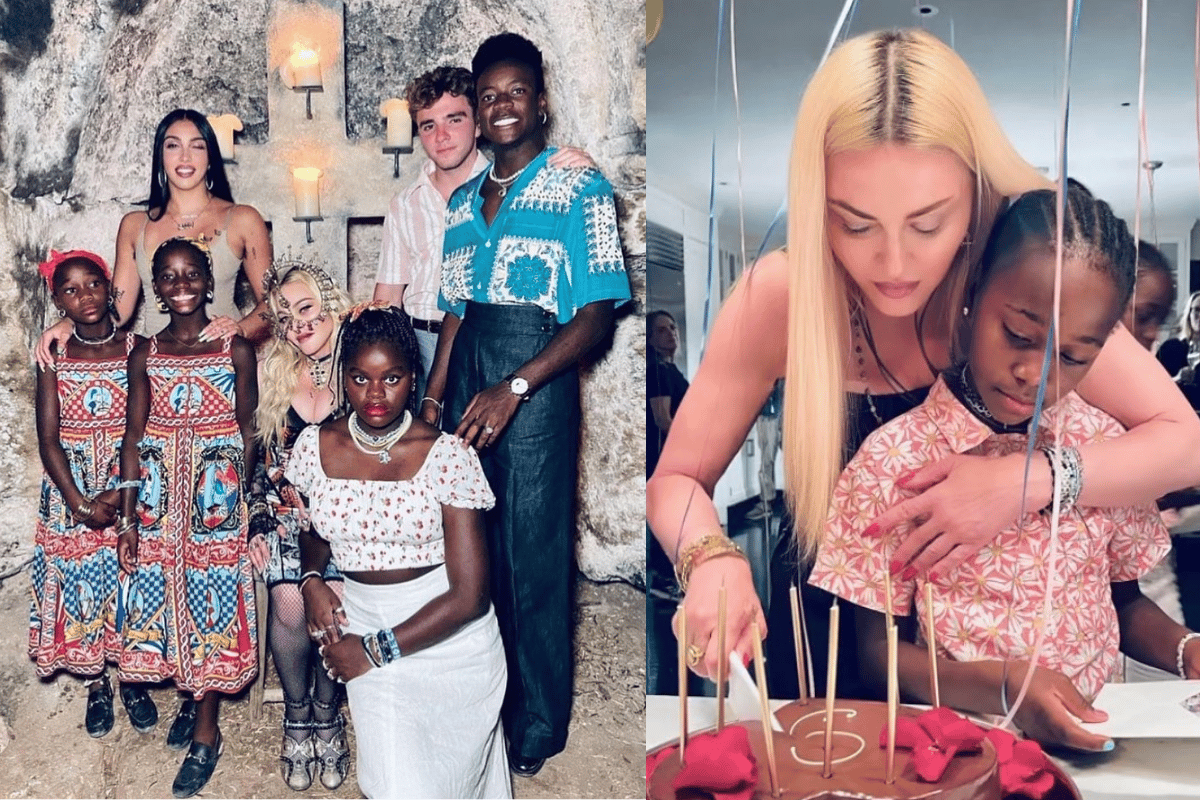 One thing's for sure: Madonna’s kids – all six of them – sure are growing up fast.

With Lourdes in the news thanks to a revealing interview in which she referred to her famous mum as a “control freak,” we thought it perfect timing to unpack the complicated and fantastical lives of the Material Girl singer’s packed household.

Lourdes, is the singer’s oldest daughter, with her father being Madonna’s former personal trainer Carlos Leon.

And a surprise for many, Madonna is a pretty strict mum according to Lourdes.

“The list of things I wasn’t allowed to do is never-ending,” she said in an open conversation with Interview Magazine this week.

“My mum is such a control freak, and she has controlled me my whole life.”

There’s not much of a leg up available for Madonna’s kids once they reach a certain age, with the children expected to be financially independent when they’ve graduated from high school. She’s not the only celebrity with that expectation.

“We don’t get any handouts in my family. Obviously, I grew up with extreme privilege. There’s no denying that.”

“I think my mom saw all these other kids of famous people, and she was like, ‘my kids are not going to be like this.’ Also, I feel like if your parents pay for things, then it gives them leverage over you.”

Lourdes was in attendance at the Met Gala this year, but she didn’t exactly have glowing reviews of the experience.

“I’m really grateful to have been able to go. Maybe because it was my first time, but it felt crazy,” she shared in the interview.

“You’re just shoved into a room with all these famous people and you’re supposed to talk to them and be their friend, even though you don’t f**king know them. That’s not my vibe.”

“I didn’t know who the f**k to talk to. I felt so awkward that I literally called my boyfriend in the middle of it, but the dinner was fine.” 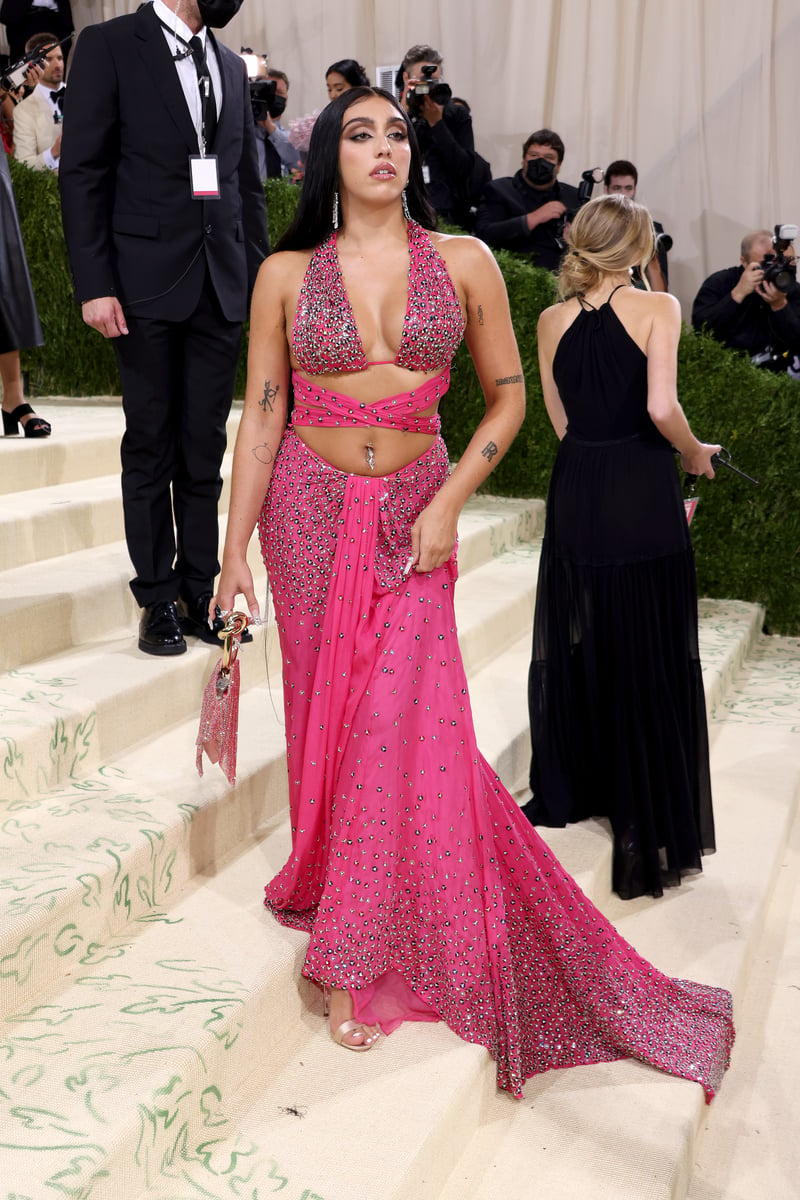 For quite some time, Lourdes shied away from the spotlight, mostly because of how insanely popular her mum is.

“I’ve been judged from a young age, but I think that privacy is the reason why I was able to keep my wits about me and not find myself in a mental asylum. I want to figure out who the f**k I am before I let anyone else try to tell me who I am, you know?”

Lourdes studied performing arts but has had most success as a model. As well as walking the runway, she’s featured in ad campaigns for Miu Miu, Stella McCartney and more.

Apparently, mum was cautiously concerned when it came to Lourdes pursuing modelling.

“As a 'model', you’re basically relying on your looks. It can feel very overwhelming, and can potentially cause a lot of insecurity. Obviously, you’re not going to look the same your whole life.”

“My mom is very insistent on making me think about what I want to be known for beyond my looks. That’s not what I want people to remember me by. It’s not real.”

It ultimately brought back memories of Madonna kissing Britney Spears at the 2003 MTV VMAs, or stripping off for her 1992 book ‘Sex,’ or... well, any number of other headline-grabbing moments in her career.

“I’m increasingly able to recognise how influential and amazing this woman is, and how empowering to other women and ahead of her time she has always been.”

“I didn’t fully comprehend that until I realized the importance of empowerment and what it means to be a woman. She’s probably the hardest worker I’ve ever seen.”

Madonna’s son Rocco, who she shares with British movie director Guy Ritchie, has been through a bit of a rocky patch with his mum.

He went on tour with her when he was 14 and 15, even dancing in her show, but then decided he would rather live with his dad in the UK.

There was a custody battle, and at one point, Rocco took a dig at Madonna online. On a video of his mum with his siblings, he posted, “So glad I don’t live here anymore.” 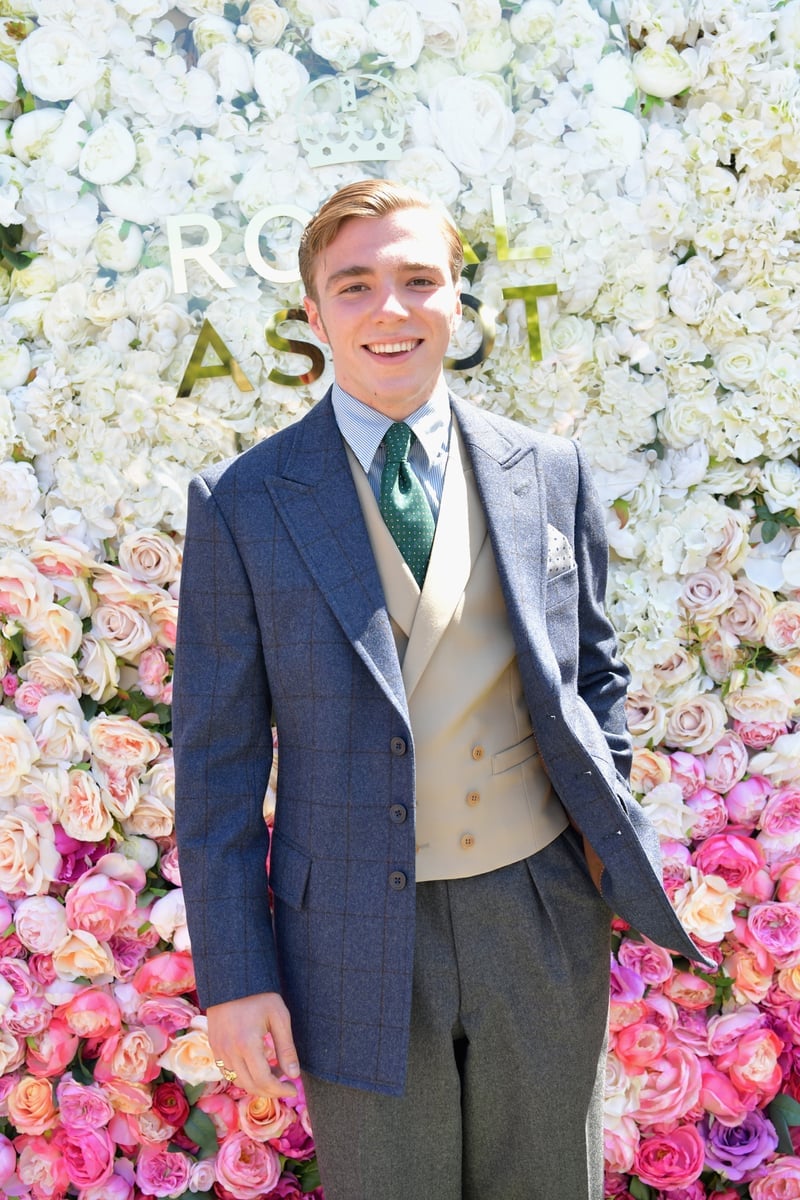 In 2016, Rocco was arrested for possession of cannabis. However, he seems to have settled down since then, enrolling in a fine arts course and trying his hand at acting.

Rocco was also featured in a recent photoshoot with The Rake magazine.

The August 2021 feature showcases the world’s finest luxury menswear, with Rocco apparently noting, “the most elegant clothes money can buy are not wasted on the young.”

David was adopted from Malawi in 2006. He’s shown an incredible talent for football, and at the age of 12, he won a spot in the Portuguese football club Benfica’s youth academy. Madonna moved the family to Lisbon, Portugal so he could take up the opportunity.

“I’ve been desperate to get him into the best academies with the best coaches, but the level of football in America is much lower than the rest of the world,” she told Vogue Italia.

Just like many parents, Madonna herself has grappled with the idea of when is the right time to let your child have a phone.

“I’m going to stick that one out for as long as possible, because I made a mistake when I gave my older children phones when they were 13,” she shared with British Vogue. “It ended my relationship with them, really. Not completely, but it became a very, very big part of their lives.”

“They became too inundated with imagery and started to compare themselves to other people, and that’s really bad for self-growth.”

In 2020, Madonna also revealed she had more in common with David than any of her other children.

“What he has more than anything is focus and determination,” she said. “I’m pretty sure he got it from me.”

Mercy was also adopted from Malawi, in 2009.

In 2017, Madonna returned to Malawi to open the country’s first paediatric surgery and intensive care centre, which she named the Mercy James Centre. Mercy, clearly a fan of her mum, gave a speech where she described her as “the bomb.”

More recently, Mercy has been getting attention for her piano playing. Madonna regularly posts videos of her playing everything from Mozart to Chopin.

The 15-year-old is also a budding photographer, styling and shooting professional shots of her family as a hobby.

“All of my children are unique in their own ways,” Madonna said in her same interview with Vogue Italia. “What’s amazing is how resilient they are and how they embraced all things, especially music, dance and sports – things that connect them to other people makes adaptation easier.”

Madonna got to know the twin girls on her regular visits to Malawi and eventually decided to adopt them in 2017.

“Sometimes I would just close my eyes and just think, ‘Why isn’t my kitchen filled with dancing children?’” she explained to People.

Madonna most definitely got her dancing children! She regularly posts videos of Stella and Estere to Instagram, and it’s obvious they love to dance, sing and more.

“With Stella and Estere, who were in an orphanage for four years; they’re so happy to join in, to help out, to be part of something whether it’s a small or a large group. They’re extremely resilient and full of life and joy,” Madonna said about the twins to Vogue Italia.

The twins recently celebrated their ninth birthdays, with photos posted to Instagram showcasing a heart-shaped chocolate cake, balloons, lots of cheek kisses and some present opening too.

“Two beautiful souls who bring nothing but joy to everyone they meet,” Madonna posted. “So grateful to have you both in my life.”