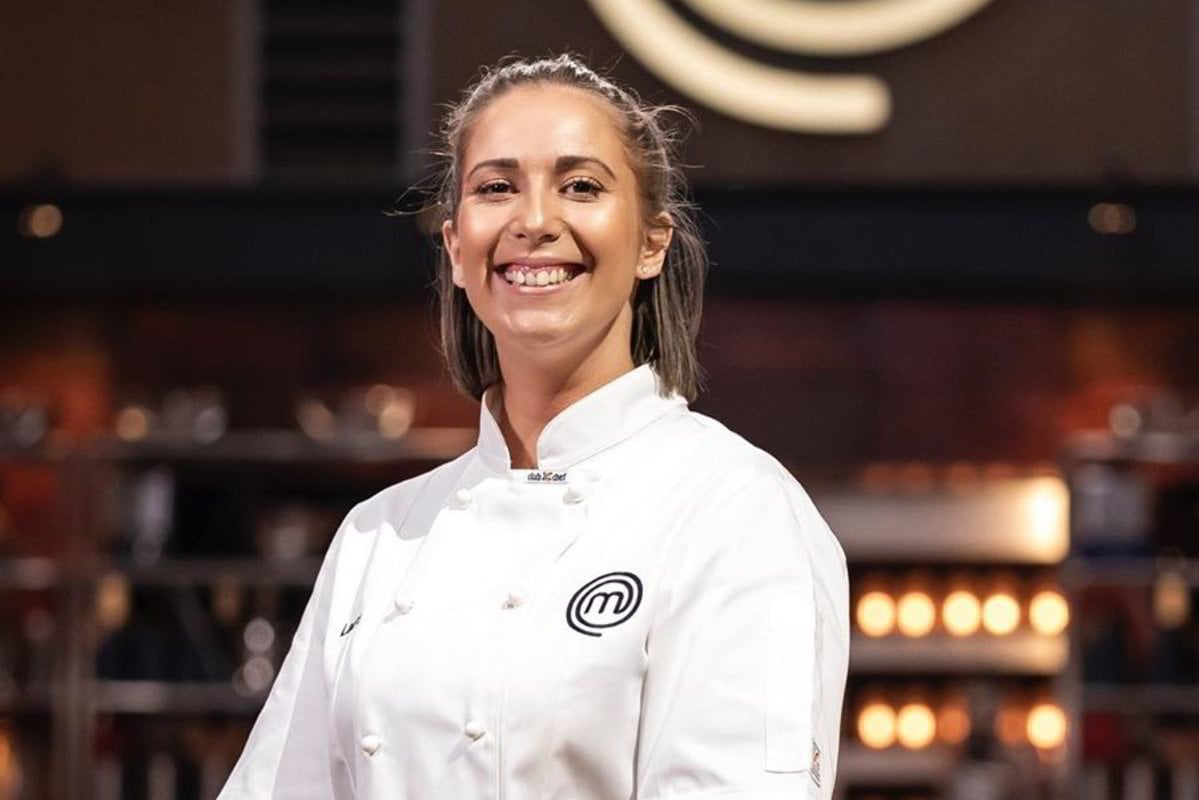 It was, as they say, like déjà vu all over again.

On Monday night, as the seconds ticked away, Australia watched Laura Sharrard come second, for the second time.

Upon the announcement that her fellow finalist Emelia Jackson had won the competition, Laura was left in shock, followed by tears - caught between devastating disappointment and delight for her close friend.

Watch: Things we all say while watching MasterChef. Post continues below.

As she returned home to Adelaide, Laura continued to deal with the emotions of placing second.

"Even last night when I watched it, I got a little bit upset again," Laura admits.

"I think it took two weeks for me to accept it and move on. When I came home after filming I had two weeks of quarantine here in Adelaide. So just doing that and being at home with my husband, it was really nice. We debriefed about the whole experience and I accepted what happened."

Laura's self-confidence and competitive nature was palpable this season. We first met Laura when she was 19 years old and she became the youngest contestant to make it to the top three. The nation loved her; many calling her 'Australia's sweetheart'.

"I've come back with more maturity and a stronger voice and sometimes people don't like confidence, especially if it's in women."

This year, the critics were loud. They turned Laura into the season's 'villain' merely for believing in her cooking abilities and unashamedly displaying self-confidence. Oh, and the trolls were particularly angry when Laura cooked pasta - the dish she's best at.

"It was pretty hard. I was confused as to why it was happening," Laura admits.

"I think it's just the unfair world that we live in."

"It's disappointing that Poh and I did receive that, because we're both so successful and we've fought so hard to get to where we are."

Thankfully, the women had a strong and influential supporter behind them: MasterChef judge Melissa Leong.

As the season has played out, and the criticism has unfolded, Melissa has been a fiercely vocal supporter of the women on the show.

"It's honestly been so incredible. I speak to her quite often," Laura says of the new judge.

"To have her stick up for me, and to ask people to stop the nastiness, has been really special. I've appreciated every single bit of the support and love she has shown."

Don’t think for a second @laurasharrad, that you were getting away without us celebrating you. Some know you as the pasta princess, but those of us who know you, know how much more you are than that. ⁣ ⁣ Throughout this season, you have shown true grit, versatility, technique and unwavering determination, and that’s just the start. Thank you for throwing every ounce of yourself at this challenge of all challenges. ⁣ ⁣ Down to the last, you remain a shining example of what it means to be a confident and capable woman, a chef, a friend, and a whole-hearted human being. What a season, what a ride…one for the ages!

Now, Laura is focused on the future of her career.

Along with her chef husband Max Sharrad, she will soon launch a new Italian eatery, called Fugazzi Bar & Dining Room, in Adelaide, where they already own the NIDO BAR.

She also has a few more television appearances coming up and is looking forward to writing her next cookbook.

"The show just provides so many incredible opportunities. And now that it's finally out in the open how it all ends, I'm just really excited to see where it can take me."